Avid #Auspol fans may have noticed a small but significant change to the House of Representatives during Question Time in Canberra today.

With Parliament adhering to strict attendance limits and social distancing protocols during the Australian Capital Territory's COVID-19 lockdown, a new addition to the House was seen in the form of plastic barriers down the middle of the Table of the House.

It is presumably one of the many COVID-19 safety measures put in place to allow Parliament to continue sitting during lockdown. 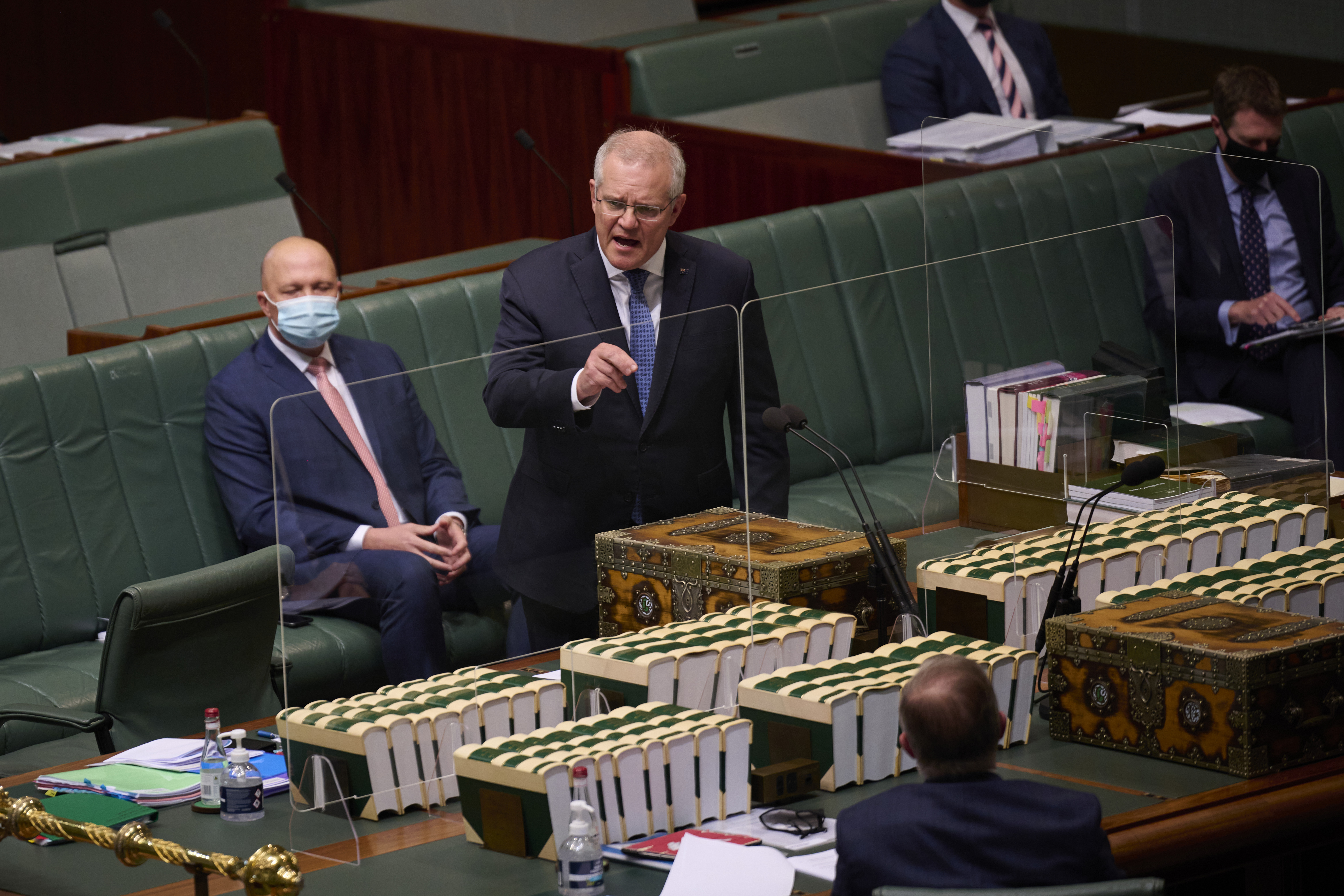 READ MORE: 'We will live with this virus': PM sets wheels in motion to open up

Parliament House on the whole is currently closed to the public, but as an essential workplace – officially – Prime Minister Scott Morrison was able to avoid suspending sitting during Canberra's lockdown, which ACT Chief Minister Andrew Barr had initially pushed for.

Resembling a sneeze guard, the barriers offer an extra measure of safety for MPs responding to questions, particularly given the heated nature of debate Question Time can often throw up.

Just as removalists and people engaging in heavy physical activity can be at a more pronounced risk of COVID-19 due to the more explosive nature of breathing under duress, so a shouted response might be more dangerous than a murmured one.