Chief Commissioner Shane Patton said the total number of police injured in Saturday's protest in the CBD had reached 21, while speaking on 3AW this morning.

Commissioner Patton said further reports of what would be considered "minor injuries" had come in on Sunday following previous reports nine police had been injured.

Nine officers were assessed in hospital following the wild rally, two of those had suspected broken noses and one with a thumb broken in multiple places.

Commissioner Patton said one officer was still in hospital and being assessed for potential leg surgery.

He said a lot of officers were left with bruises and cuts, while some received minor burns from flares.

The Commissioner said two protesters repeatedly punched one officer, who was on the ground after being kicked and pushed against a wall. 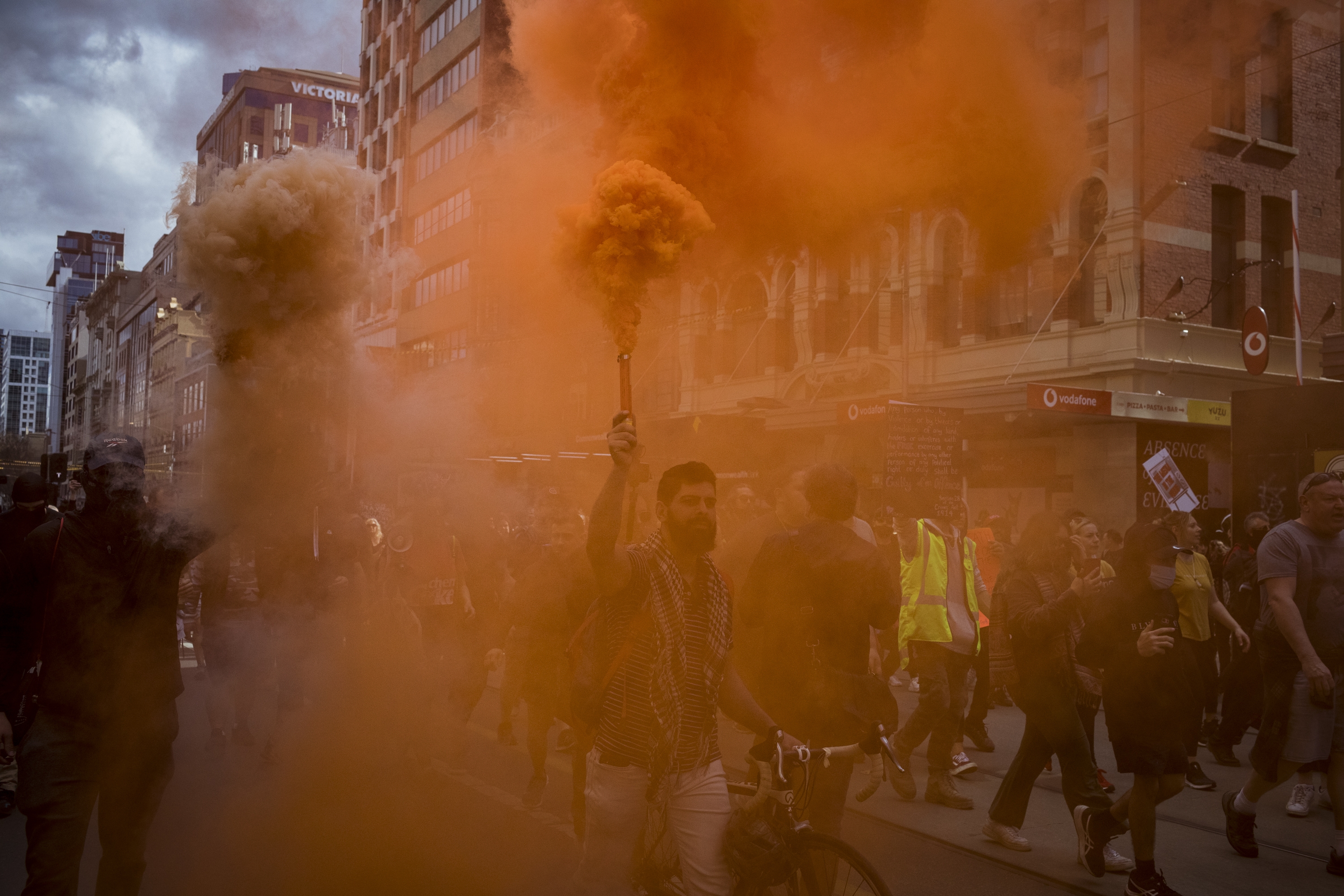 He said lit flares as well as glass bottles of water, stubbies and marbles were thrown at police during the unrest.

"The escalation of violence from the protesters involved was absolutely disgraceful," he said.

"Many of them came looking for a fight and were confrontational."

"A lot of these people were angry men who were just set upon confronting police and attacking police." 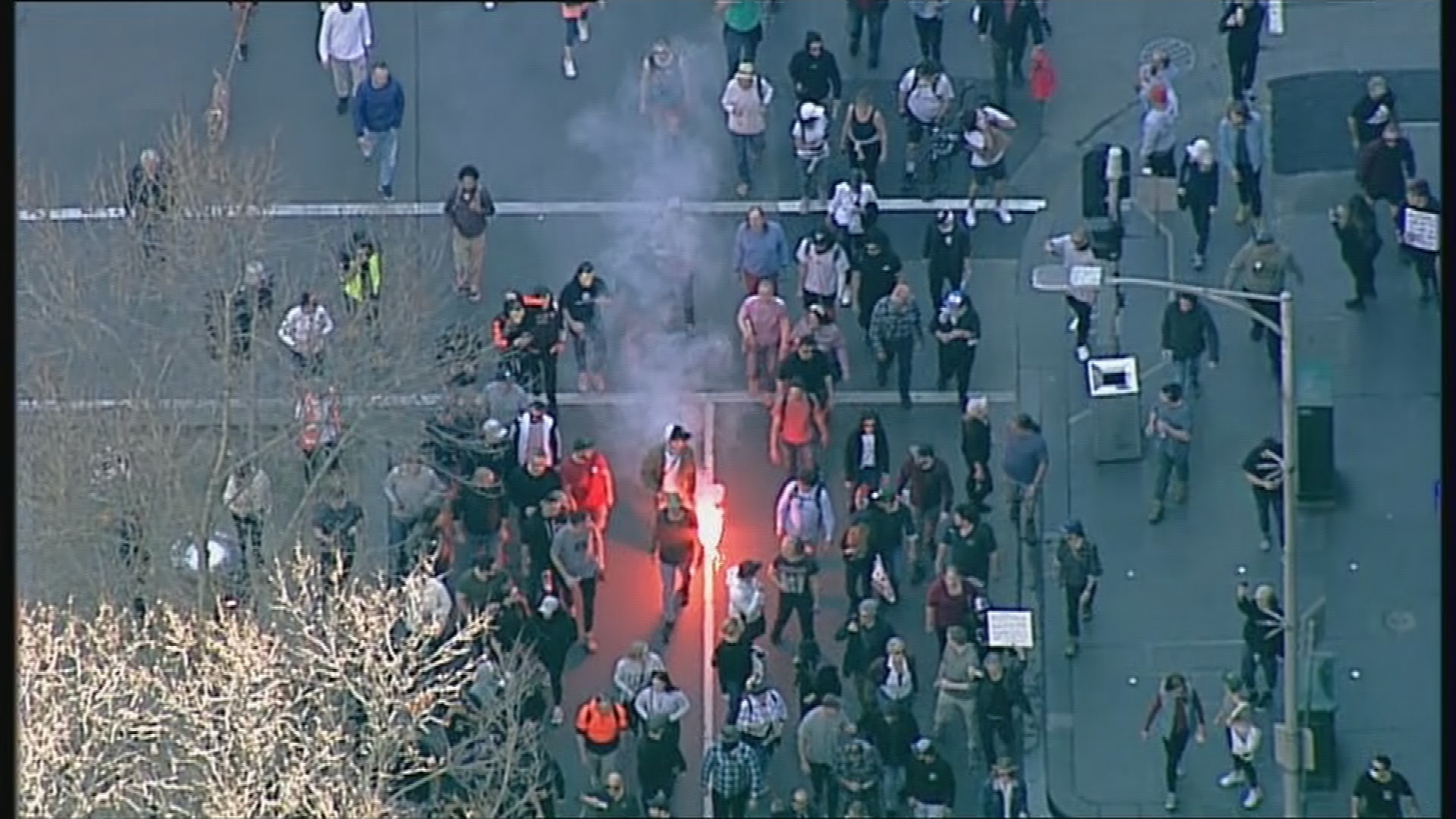 Commissioner Patton said the people who broke lockdown to simply peacefully protest "were very much in the minority".

Yesterday he said the protest was among the most violent he had seen in two decades.

Premier Daniel Andrews today said the protest involved "terrible, ugly scenes" and had done nothing to help the outbreak.

"Today is Monday and the virus is still here because protests, however agitated and appalling, do not work on this."