A newly discovered asteroid is sticking close to our sun – much closer than our own planet Earth.

The asteroid, called 2021 PH27, completes an orbit around the sun every 113 days and comes within 20 million kilometres of our star.

That gives this space rock the distinction of having the shortest known orbital period for an asteroid – and only the second shortest orbit around the sun after Mercury, which takes 88 days to complete its orbital journey around our star.

READ MORE: Earth safe from 'God of chaos' asteroid for another century 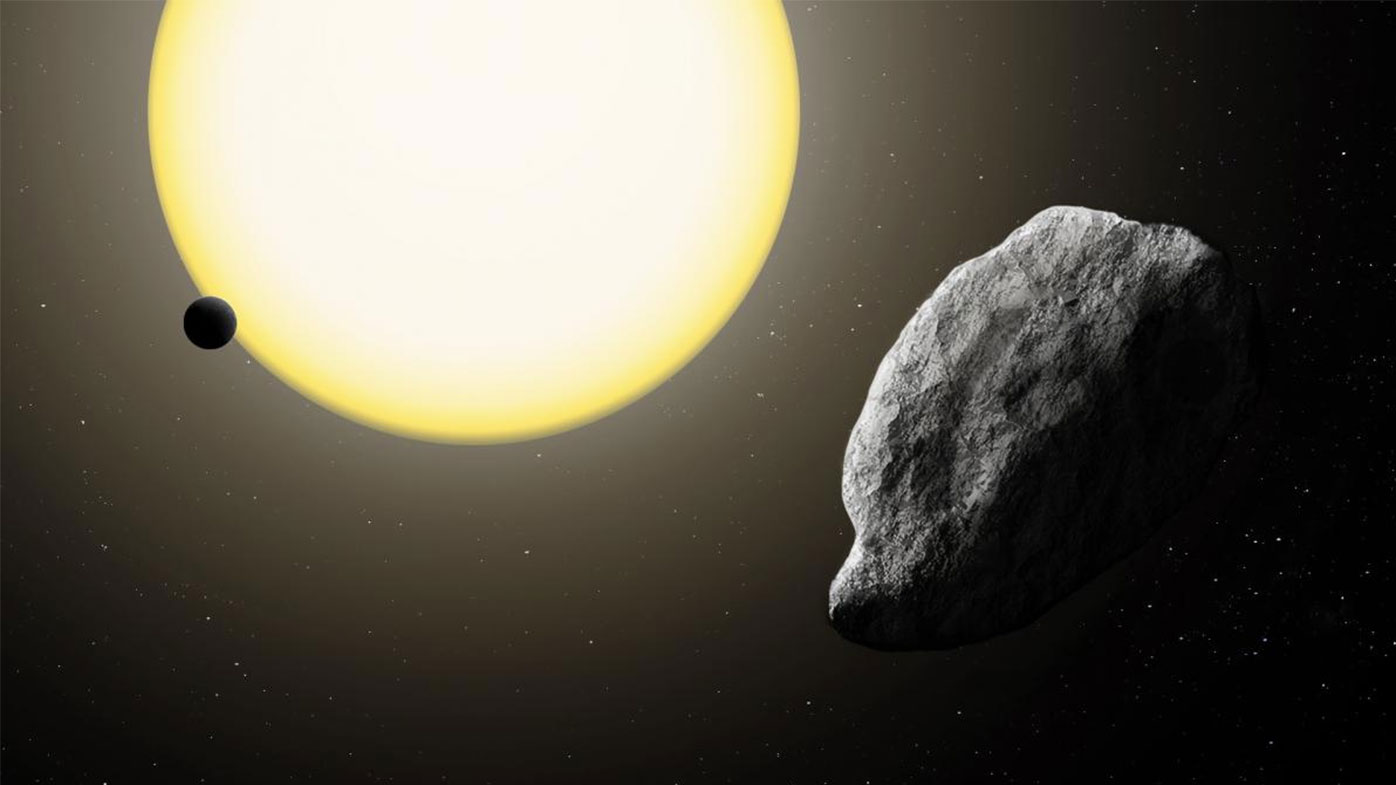 Scott Sheppard, an astronomer at the Carnegie Institution for Science, discovered the asteroid in twilight observations made by Brown University astronomers Ian Dell'Antonio and Shenming Fu on August 13. Dell'Antonio, a professor of physics, and Mr Fu, a doctoral student, took the images using the Dark Energy Camera mounted on the Víctor M. Blanco 4m Telescope at Cerro Tololo Inter-American Observatory in Chile.

The asteroid is 1km in size and "very few asteroids this size in the inner solar system likely exist that are unknown," he said.

"2021 PH27 gets so close to the Sun that its surface can reach temperatures of 900 degrees Fahrenheit (482 degrees Celsius), hot enough to melt lead," said Dr Sheppard via email.

"Because of these extreme temperatures, it is unlikely 2021 PH27 is composed of any volatile material, and it is most likely made up of rock with maybe some metal like iron."

It has an unstable orbit that crosses the orbits of Mercury and Venus as they make their way around the sun.

Within a few million years, the asteroid's orbit will likely cause its doom.

The rocky fragment could collide with Mercury or Venus, or the sun itself, or be knocked out of its current position in the solar system.

The asteroid is so near the sun's massive gravitational field of the sun that it experiences effects on its orbit, Dr Sheppard said.

The newfound asteroid is only one of about 20 Atira asteroids, which are those asteroids that are completely interior to Earth's orbit of the sun.

While there are a few known asteroids that come nearly as close to the sun as 2021 PH27, they have much longer orbits.

"Some of these asteroids have been seen to have dust in their orbits, suggesting the asteroids are slowly fragmenting or cracking apart from the extreme thermal stresses on these objects," Dr Sheppard said.

One notable example of this is Phaethon, the comet-like asteroid that creates the Geminid meteor showers that occur in our skies every December.

Tracking down an asteroid

But where did this space rock come from?

That's one of the questions Dr Sheppard wants to investigate next, but he has some ideas based on the preliminary observations.

It's likely that the asteroid became dislodged from the main asteroid belt located between Mars and Jupiter, but Dr Sheppard hasn't ruled out the possibility that 2021 PH27 is actually an extinct comet.

"It could be an extinct comet as comets are known to come from the outer Solar System on elongated, long period orbits and gravitationally interact with the inner planets to get more circular shorter period orbits that keep them in the inner solar system for long periods of time," Dr Sheppard explained.

The inner planets include Mercury, Venus, Earth and Mars.

When this happens, some of the comet's elements will evaporate until it no longer looks like a comet.

Instead, it's just the leftover remnants.

Dr Sheppard typically searches for incredibly distant objects in the solar system and beyond.

However, it's also crucial to understand the population of asteroids close to Earth's orbit.

Near-Earth asteroids have a chance of impacting Earth in the future, but some of them are incredibly difficult to observe because they approach our planet during the daytime. 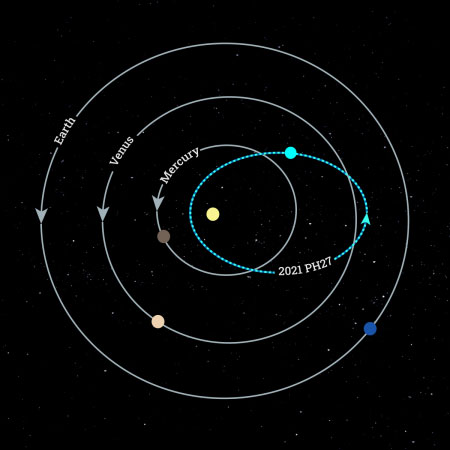 "The space interior to Earth's orbit has been relatively unexplored to date," Dr Sheppard said.

"It is hard to observe the region towards the Sun because of the Sun's extreme glare."

But the Dark Energy Camera has a large field of view, making it a powerful tool to search for otherwise elusive objects like 2021 PH27 — especially during the twilight hours as the sun sets and just before it rises.

After Dr Sheppard's discovery, astronomer David Tholen at the University of Hawai'i measured the asteroid's position and predicted where it could be observed the next night.

This enabled multiple telescopes to observe the asteroid from Chile and South Africa on August 14 and 15.

These astronomers postponed observations for their own research to assist with learning more about the asteroid.

"Although telescope time is very precious, the international nature and love of the unknown makes astronomers very willing to override their own science and observations to follow up new interesting discoveries like this," Dr Sheppard said.

"We are so grateful for all of our collaborators who enabled us to act quickly on this discovery."

Soon, the asteroid will pass behind the sun and won't be observable until early 2022.

Dr Sheppard is eager to learn more about the asteroid's composition and its origin.

"Where are these inner asteroids coming from? Some are recently dislodged Main Belt Asteroids, other might be extinct comets, but there could be another source population, such as the Vulcanoids, which are a hypothetical population of asteroids," Dr Sheppard said.