US Vice President Kamala Harris has delivered a sharp rebuke to China for its incursions in the South China Sea, warning its actions there amount to "coercion" and "intimidation" and affirming that the US will support its allies in the region against Beijing's advances.

"We know that Beijing continues to coerce, to intimidate and to make claims to the vast majority of the South China Sea," she said in a major foreign policy speech on Tuesday in Singapore in which she laid out the Biden Administration's vision for the Indo-Pacific. "Beijing's actions continue to undermine the rules-based order and threaten the sovereignty of nations."

Ms Harris, who is on a weeklong trip through South East Asia, declared that the US "stands with our allies and our partners" in the face of threats from China. 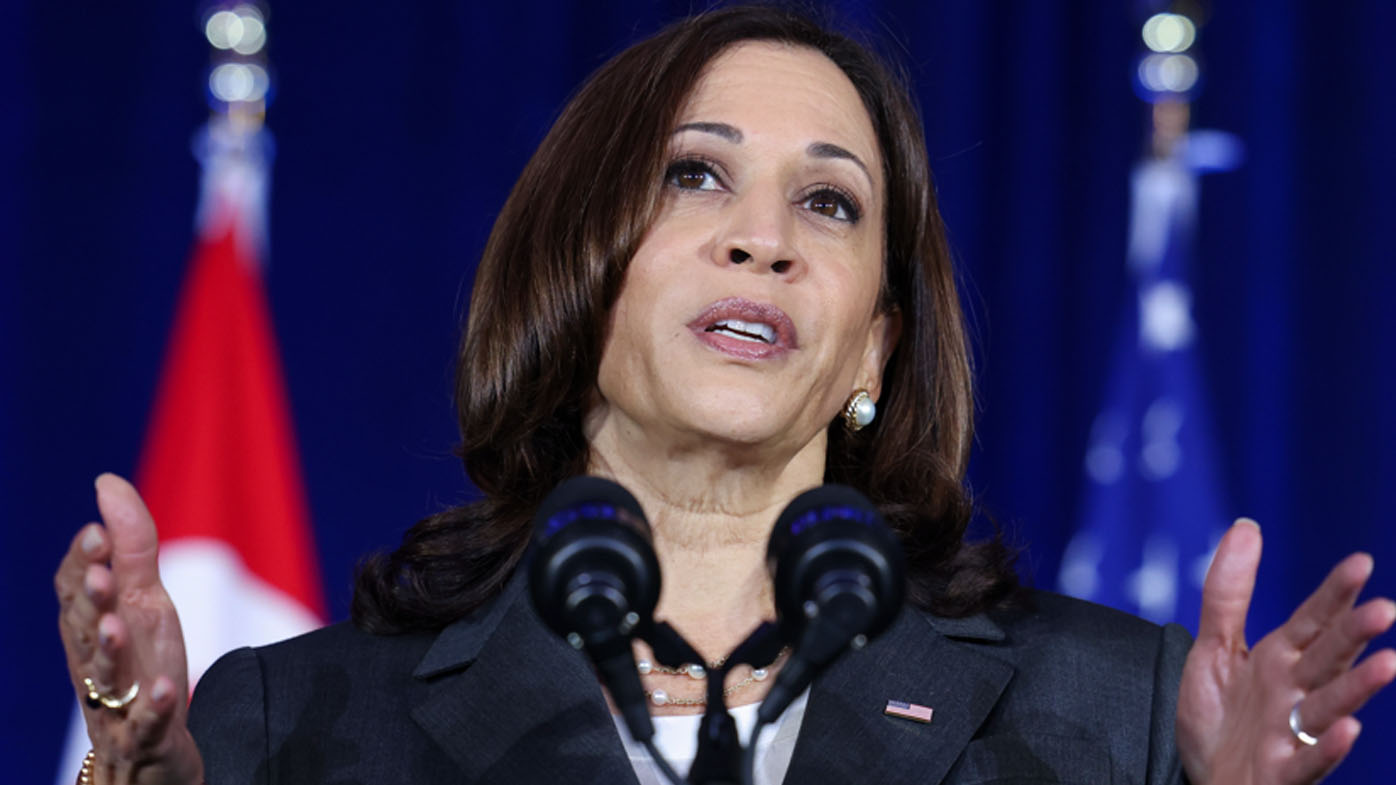 The speech sought to cement the US commitment to supporting its allies in an area of growing importance to the Biden Administration, which has made countering China's influence globally a centerpiece of its foreign policy.

And it came during a critical moment for the US, as the Biden Administration seeks to further solidify its pivot towards Asia while the US' decades-long focus on the Middle East comes to a messy end with the chaotic withdrawal from Afghanistan.

Ms Harris underscored this shift, calling the Indo-Pacific "critically important to our nation's security and prosperity."

She said that while the US is focused on closing out its Afghanistan engagement by evacuating as many people as possible, "it is also imperative that as we address developments in one region, we continue to advance our interests in other regions, including this region."

Her rebuke to Beijing amounted to her sharpest comments yet on the US foe. But Ms Harris was careful to emphasise that the US is seeking greater engagement in the Indo-Pacific region not just to counter China, but to advance an "optimistic vision that we have for our participation and partnership in the region."

READ MORE: In Kabul, a fearful wait for US to deliver on evacuation vow 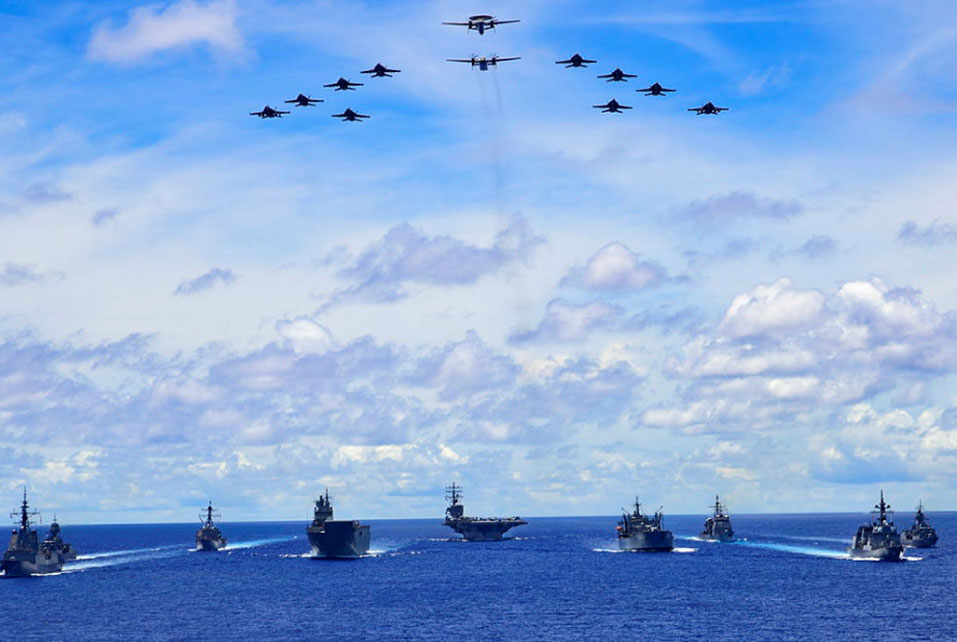 In deference to Singapore's staunch neutrality in the US-China dispute, Ms Harris also affirmed that the US isn't looking to "make anyone choose between countries."

On Monday, Harris told sailors aboard a US combat ship at the Changi naval base in Singapore that "a big part of the history of the 21st century will be written about this very region" and that their work defending the region was pivotal.

"It is in our vital interest to stand united with our allies and our partners in Southeast Asia in defence of a free and open Indo-Pacific," she said. 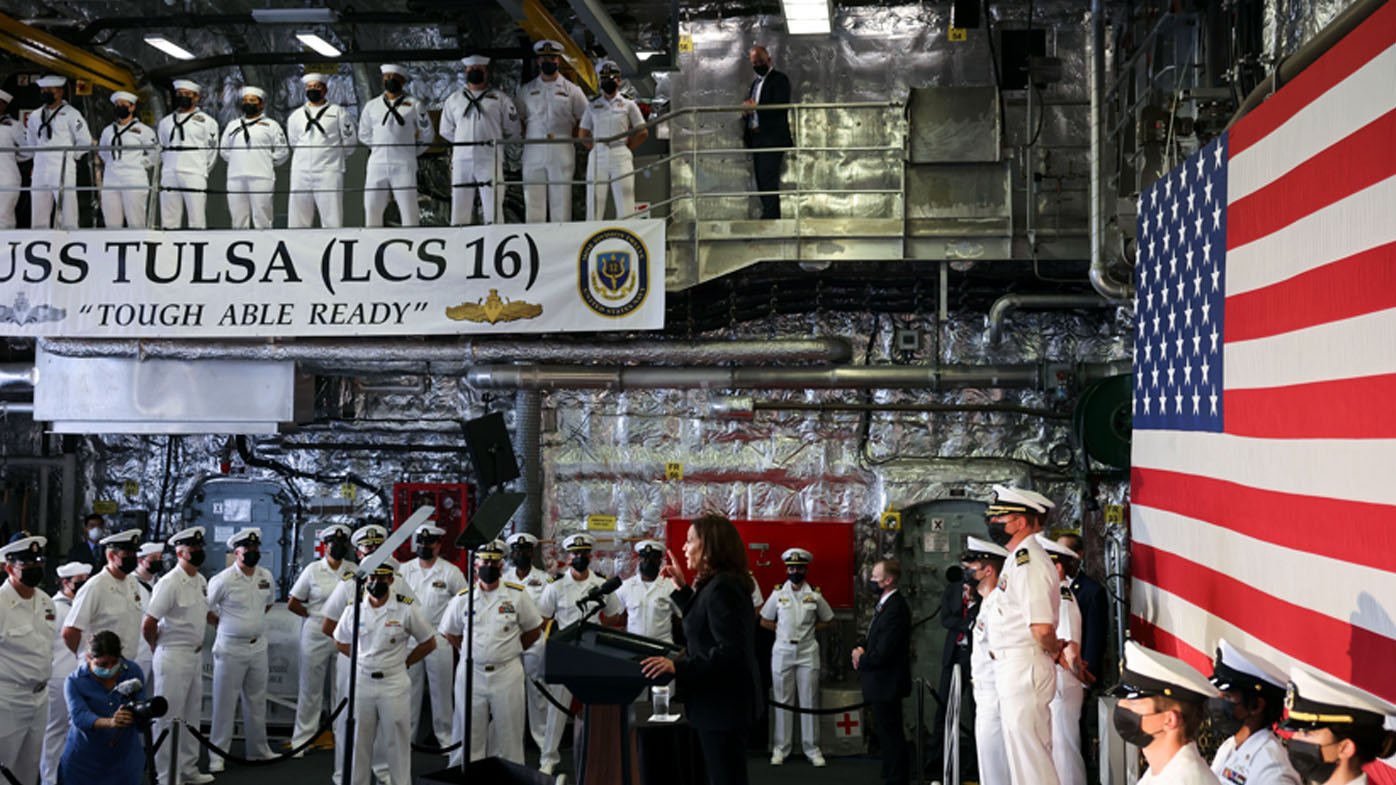 After her speech on Tuesday, Ms Harris held a roundtable discussion with business leaders on supply chain issues. Later, she planned to travel to Vietnam, where she'll meet with top officials on Wednesday.