The leader of the Proud Boys extremist group was sentenced to more than five months in jail today in the US for burning a Black Lives Matter banner that was torn down from a historic Black church in downtown Washington and bringing two high-capacity firearm magazines into the nation's capital days shortly before the January 6 riot.

Enrique Tarrio told the court he was "profusely" sorry for his actions, calling them a "grave mistake."

"What I did was wrong," Tarrio said during the hearing held via videoconference. 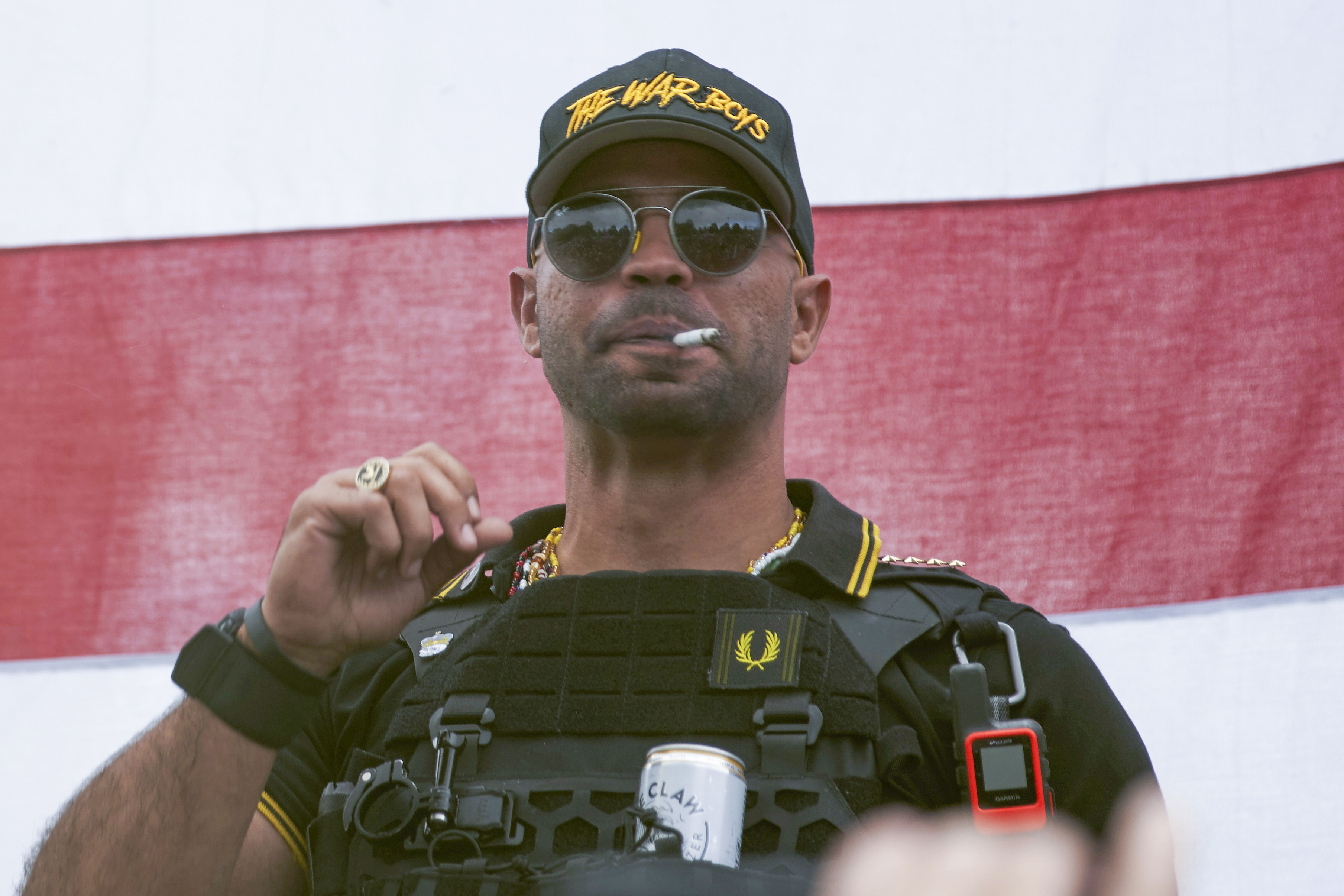 Tarrio, from Miami, was arrested as he arrived in Washington two days before thousands of supporters of then-President Donald Trump — including members of the Proud Boys — descended on the US Capitol and disrupted the certification of the Electoral College vote.

Tarrio was ordered to stay away from Washington, and law enforcement later said Tarrio was picked up in part to help quell potential violence.

Authorities say Proud Boys members stole the banner that read #BLACKLIVESMATTER from the Asbury United Methodist Church on December 12 and then set it ablaze using lighter fluid and lighters.

Tarrio posted a picture of himself holding an unlit lighter to his Parler account and admitted days later in an interview with The Washington Post that he joined in the burning of the banner. 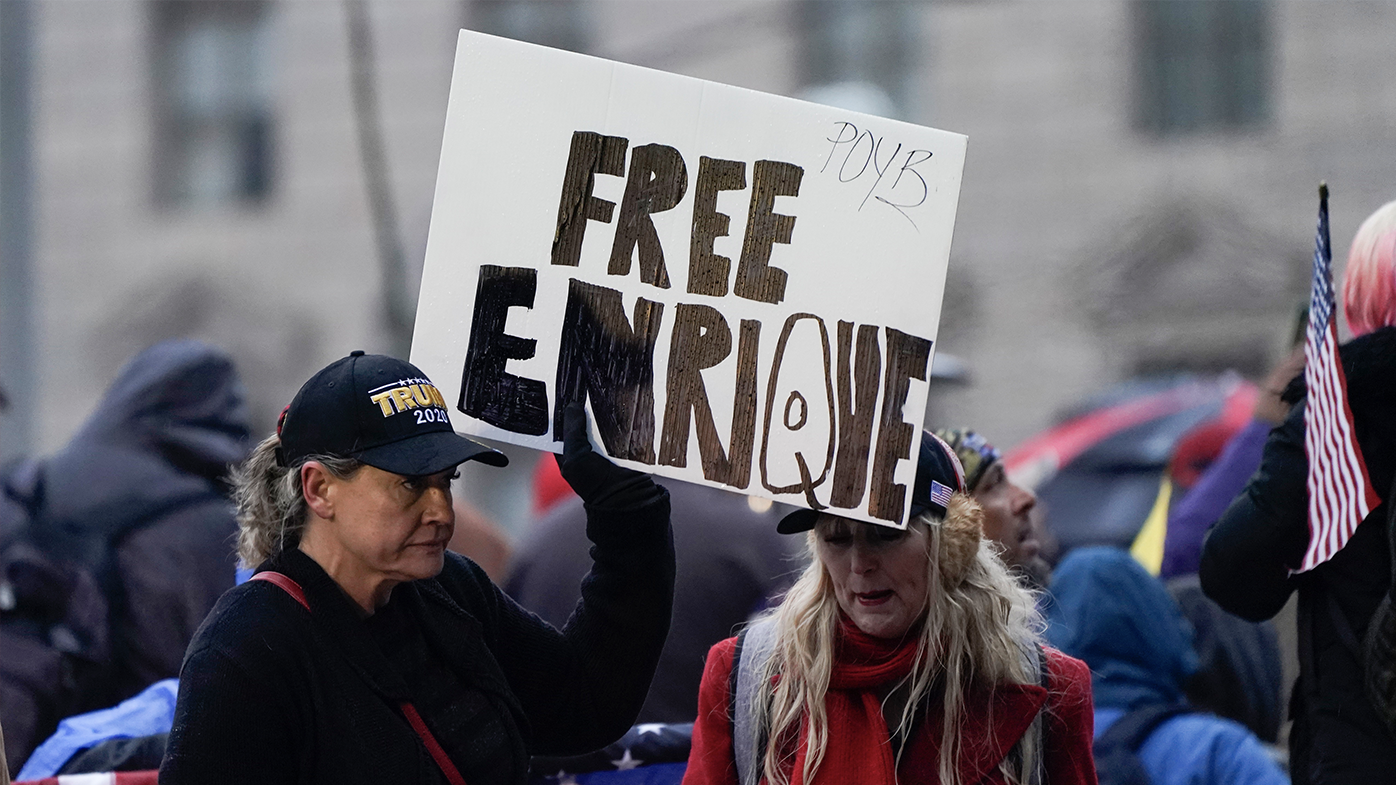 Reverend Dr Ianther Mills, senior pastor of the church, told the judge it was an "act of intimidation and racism" that caused "immeasurable and possibly irreparable harm" on the community.

"His careless act of violence and hatred, targeted at a congregation of individuals with a lived history of social and racial injustice, had the presumably desired effect," she said.

"Asbury was forced to reckon with the very tangible evidence that we continue to live in a world where people radicalize hate based upon race and skin color."

When police pulled Tarrio over on January 4 on the warrant for vandalizing the sign, officers found two unloaded magazines emblazoned with the Proud Boys logo in his bag. Tarrio said, according to a police report, that he sells the clips and the ones he was carrying were purchased by a customer. 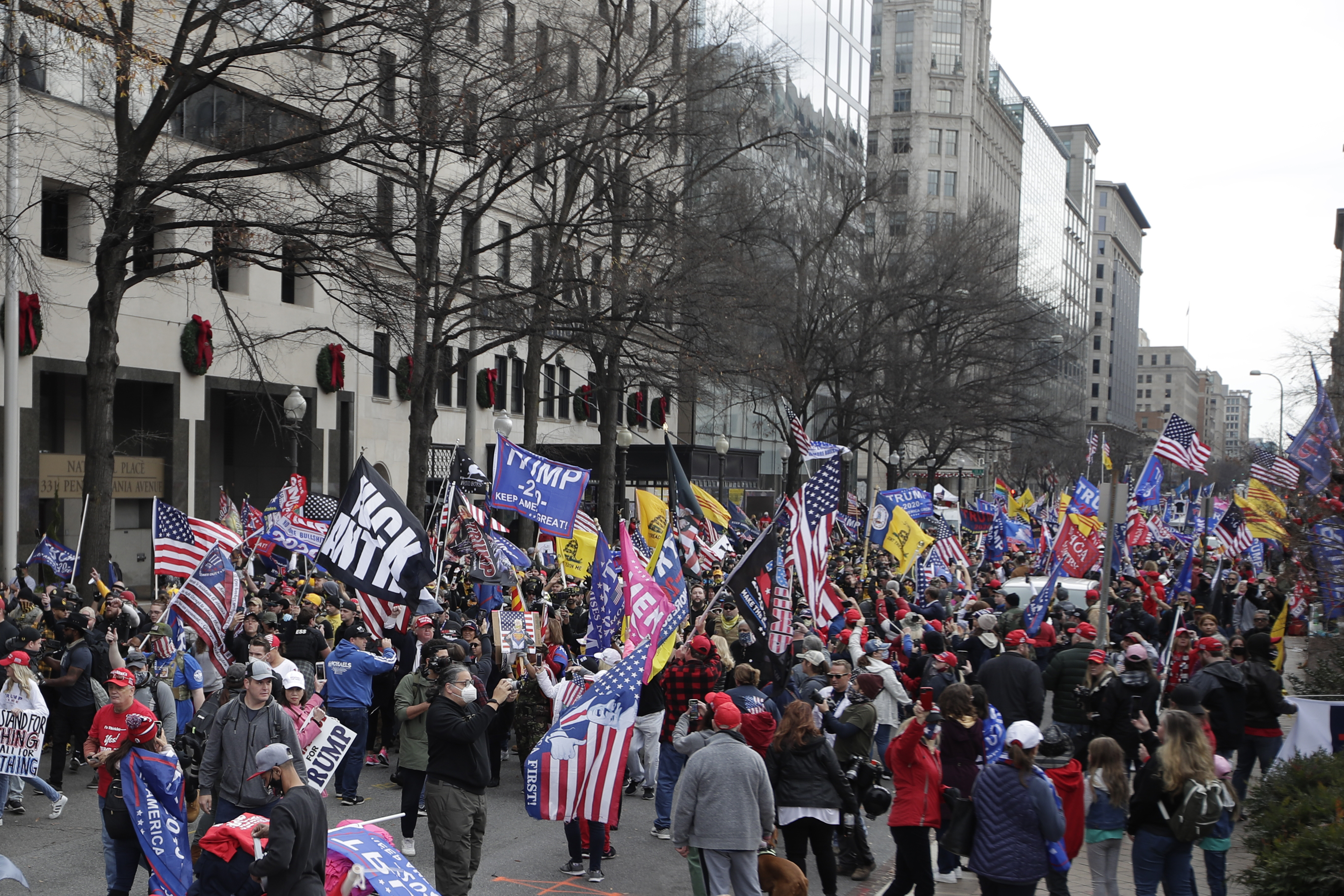 READ MORE: US judge rules Democrats entitled to some of Trump's financial records

A police spokesman told The Associated Press in December that investigators were probing the events as potential hate crimes, but no hate crime charges were filed against Tarrio.

The judge said Tarrio deserved even more time behind bars than the three months that prosecutors had sought.

Judge Harold Cushenberry blasted the Proud Boys leader for claiming that he didn't know that the banner came from a church even though there was a video of Tarrio standing near the church when it was stolen.

"Mr. Tarrio has clearly — intentionally and proudly — crossed the line from peaceful protest and assembly to dangerous and potentially violent criminal conduct," the judge said.

Proud Boys members describe themselves as a politically incorrect men's club for "Western chauvinists." Its members frequently have engaged in street fights with antifascist activists at rallies and protests.

Authorities have narrowed in on the Proud Boys and other extremist groups, like the Oath Keepers, in their investigation into the January 6 attack on the Capitol that sent lawmakers running and injured dozens of law enforcement officers.

Nearly 600 people have been charged in the Capitol insurrection, but some of the most serious charges — involving accusations of planning to block the certification of the vote — have been filed against members of the extremist groups.

About three dozen people charged have been identified by federal authorities as Proud Boys leaders, members or associates. In one case, four group leaders have been charged with conspiring to impede the certification of President Joe Biden's victory. Tarrio hasn't been charged over the Capitol attack.

It was revealed in court records recently that Tarrio had worked undercover and cooperated with investigators after he was accused of fraud in 2012. After Tarrio's 2012 indictment for participating in a scheme involving the resale of diabetic test strips, he helped the government prosecute more than a dozen other people, the records show.