Thousands of children in a regional Victorian city have been ordered to isolate for weeks, with four schools having been exposed to COVID-19 for days at a time.

The call comes as 44 cases of COVID-19, including a large number of children, have been recorded in Shepparton since Friday, with more than 60 exposure sites across the city.

Shepparton has recorded seven new cases in the past 24 hours from almost 3500 tests.

Anyone who was at the school during these times is being called on to get tested immediately and isolate for 14 days.

The same advice is being given to the students and staff exposed at the other schools.

COVID-19 Commander Jeroen Weimar said the more than 3840 primary close contacts being investigated were mostly associated with the schools.

LIVE UPDATES: 'This is a time to be doubling down on the restrictions' 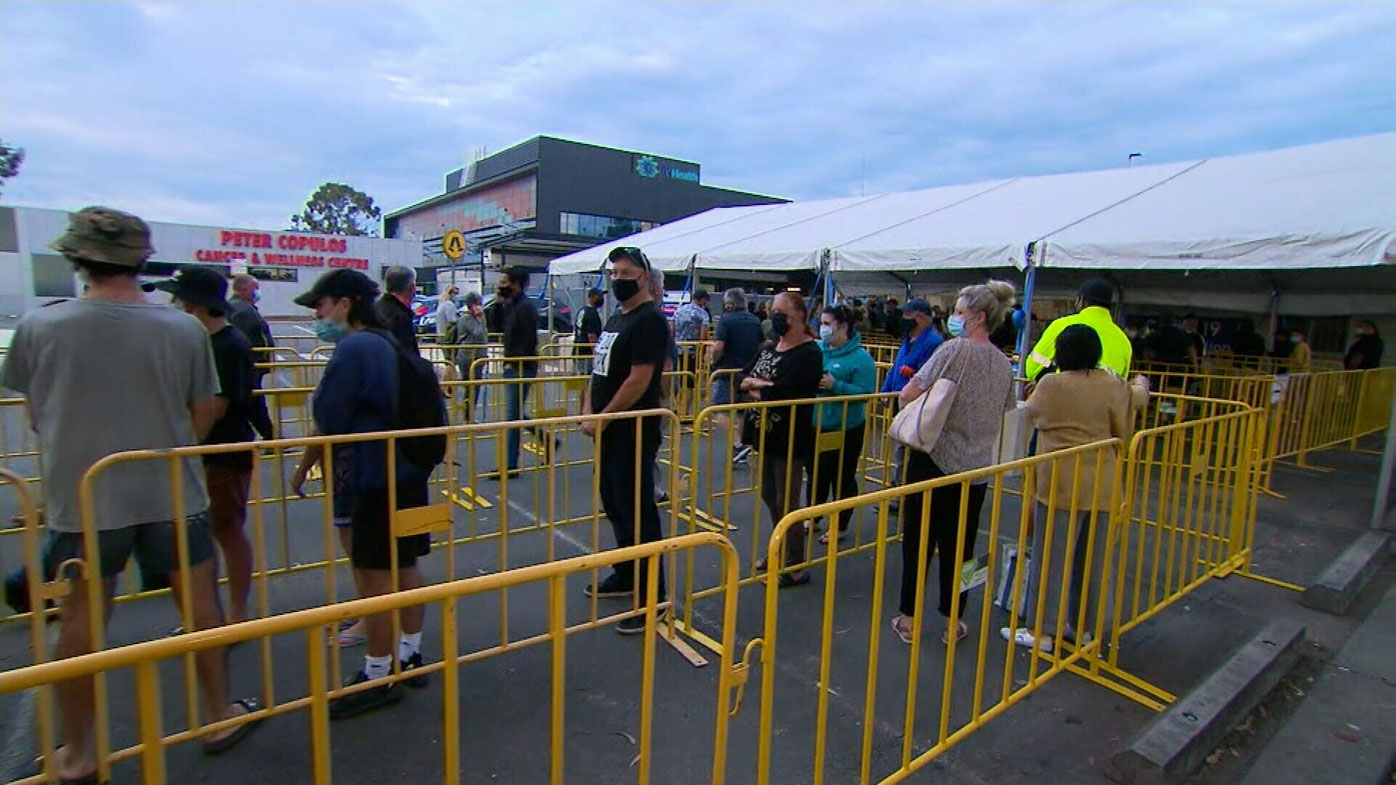 He said more than half had tested negative and the outbreak was under control.

"We have a very firm grip on the Shepparton outbreak this time," Mr Weimar said.

"Some fantastic work by the school communities and wider local leadership."

After days of speculation, Mr Weimar said the Shepparton cluster had been officially connected to the COVID-19 outbreak at the Royal Melbourne Hospital.

"One of the index cases for the Royal Melbourne Hospital is a patient who came from the Shepparton area who is linked with the active households that were working within that area."

The COVID-19 Commander said genomics had also uncovered that a COVID-19 cluster in Melbourne's north had sparked the outbreak in Shepparton.

"Genomics has confirmed that Shepparton is connected to Glenroy cluster. We have a clear genomic match," Mr Weimar said.

Mr Weimar said how the Glenroy cluster reached Shepparton was still being investigated.

Victoria Police this morning confirmed that an allegation that a funeral in Shepparton on August 11 breached CHO directions was incorrect.

Police have said investigations into the funeral, attended by around 200 people, found no breach was detected.