Some collect sneakers, some stamps. Terry Fitzgerald and his 18 mates collect cop cars.

"We started collecting cars about 25 years ago, and before that, in the late '80s and '90s, we started with uniforms and artefacts," says Tony. 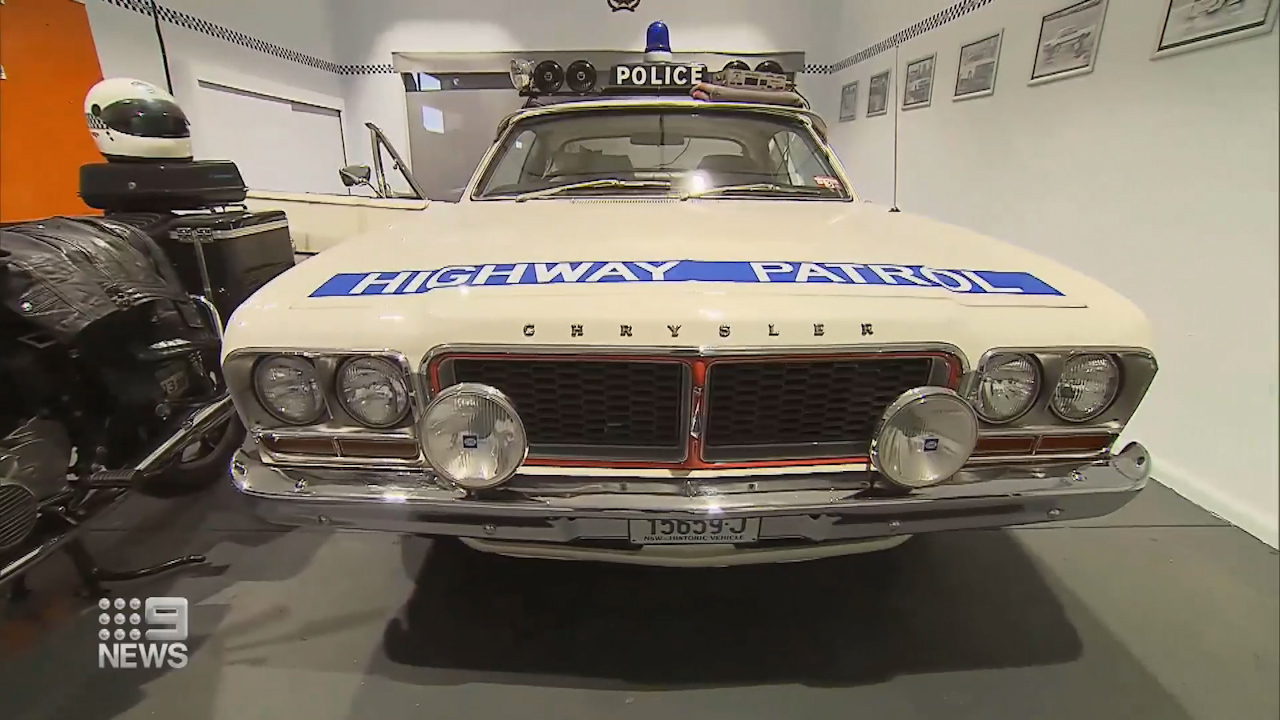 Tony and co's collection, which they call NSW Historic Patrol Vehicles, stretches beyond the already crammed space where we stand today, where cars are double stacked against the walls.

"At the moment, we've got 62 vehicles and 22 motorcycles, plus all the uniforms, equipment and everything else we've gathered."

That can mean old police station signage, now hanging lit from a nearby support, or the original heavy wood front counter that would be anchored inside the station, complete with charge book and bail stamp. 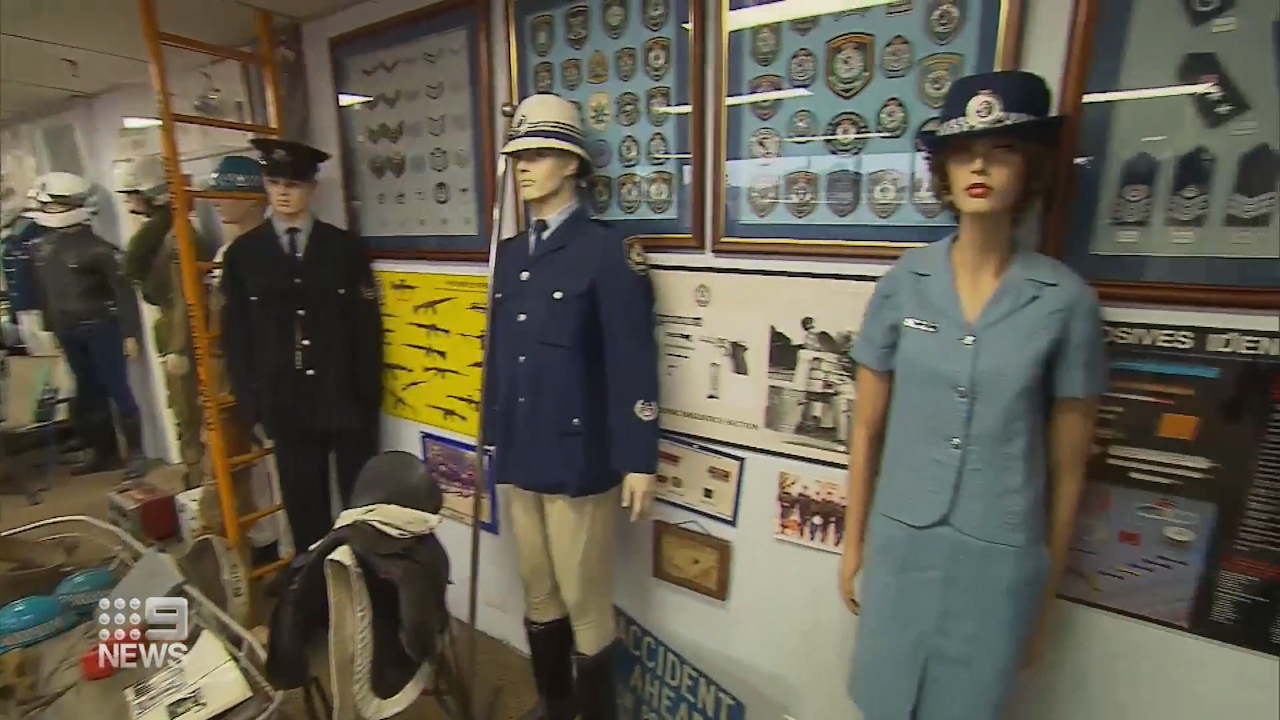 The collection embraces the golden era of Australian muscle cars.

"A lot of these cars are enthusiast models; back then, they were police vehicles as well."

Not so much the Mini Cooper General Duties car.

"Imagine those days, they were six foot, six foot two tall minimum, and they actually climbed into a little mini."

The Ford 351 Coupe is probably the motoring opposite of the Mini.

"When Ford came first and second in Bathurst that year, that's when the police were issued with these as well." 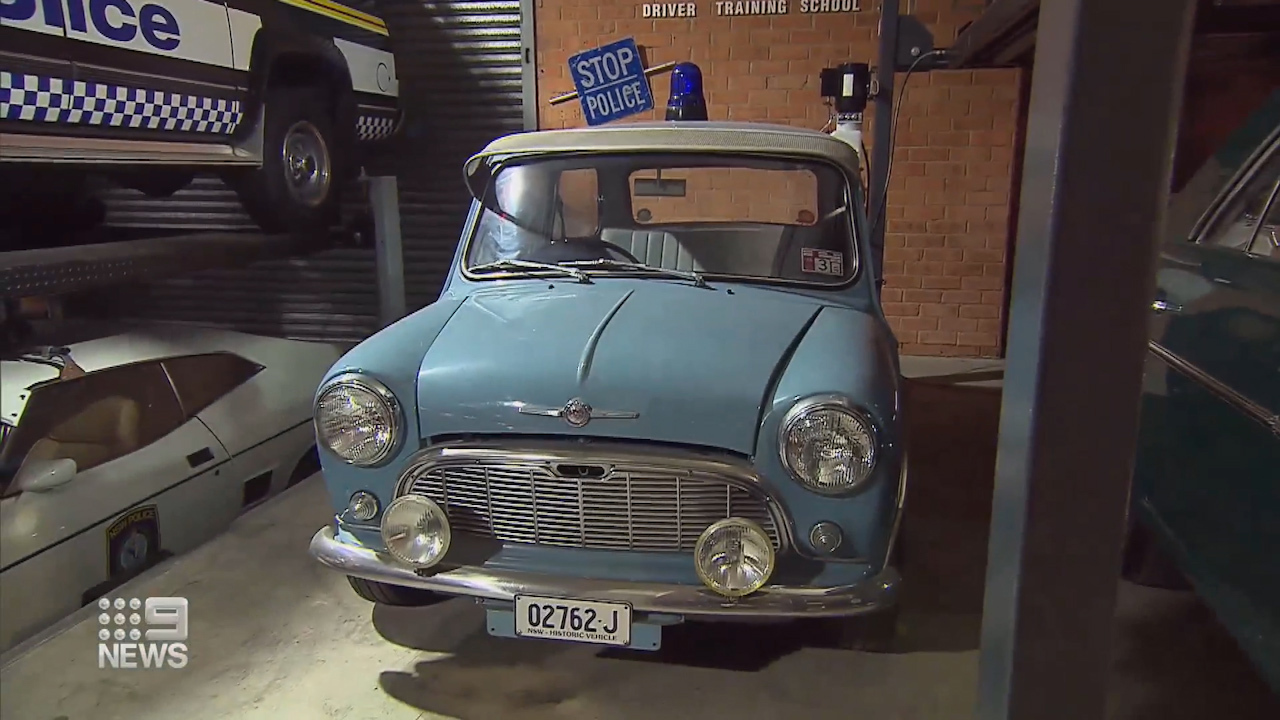 The unmarked detectives Torana had two major tells, as they say in poker, when a mannerism can give you up.

"If you were a smart crim, and you saw the antenna in the centre, and the registration sticker had a 3, you'd back off; the centre antenna is a cop radio, and all police vehicles at that time, were registered in March," reveals Tony.

Pride of place is a Valiant Charger and Kawasaki Z1000, the '70s car and bike Highway Patrol quinella. Behind the Charger sits the first speed radar unit, a box on a heavy wooden tripod. On the bike, a large speaker is mounted between the handlebars for the police radio.

Tony Psarakis is a former Highway Patrolman, and has been astride the Z1000.

"When you got something coming over the radio, you'd have to turn off the sirens off to listen to what they were saying," says Tony.

The collectors are in agreeance that they want their passion for police wheels shown to the world, and plans are well afoot to establish a formal exhibit space, to host this history of the NSW Police.

"The aim is to refurbish the place, and have a public museum, so the public can actually see all this," says Tony.