Skip to content
Home Entertainment Thousands of rare, fluffy bees are emerging from burrows in the outback

What's fluffy, has wings, and only lives in hard-baked clay of the Western Australian outback?

Thousands of the winged insects have begun to emerge from their burrows on Hamelin Station Reserve, as part of an annual spring breeding event. Reserve managers, Michelle and Ken Judd, along with volunteers, have photographed the bees as they began to emerge. 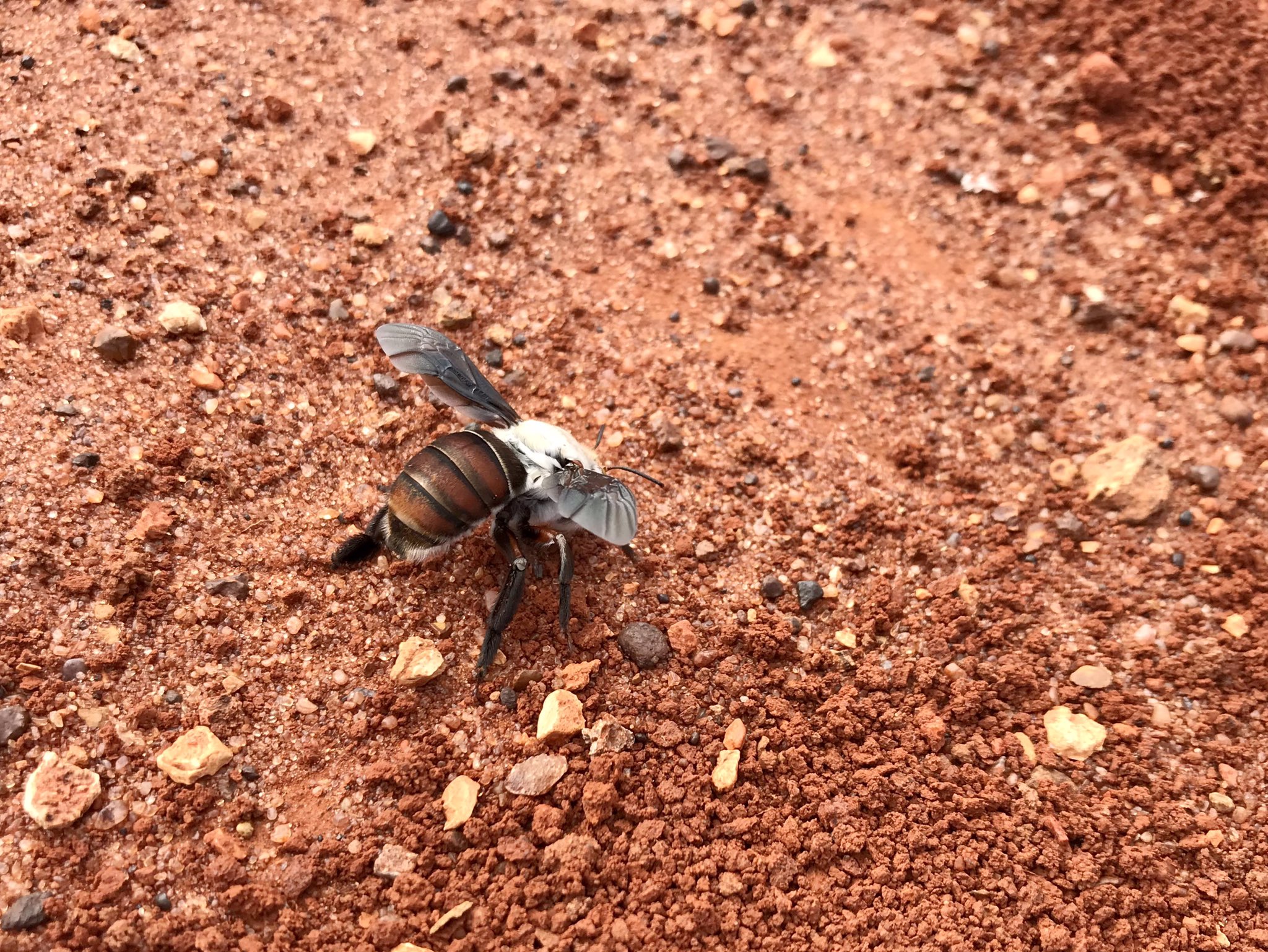 Ms Judd told 9news.com.au the population is looking "healthy" after a year of above-average rainfall spurred the growth of the bees' two favourite flowers: the poverty bush and rough bluebell.

It's estimated 5000 burrows are on Hamelin Station Reserve.

"The bees normally come out of their holes at this time of the year but we're seeing a lot more than usual this year," Ms Judd said.

"That could be a reflection of the landscape recovering.

"They're not something that you see every day, and this population is particularly healthy.

"It's great that they're in a protected zone where they can continue to develop and not be impacted by disturbances." 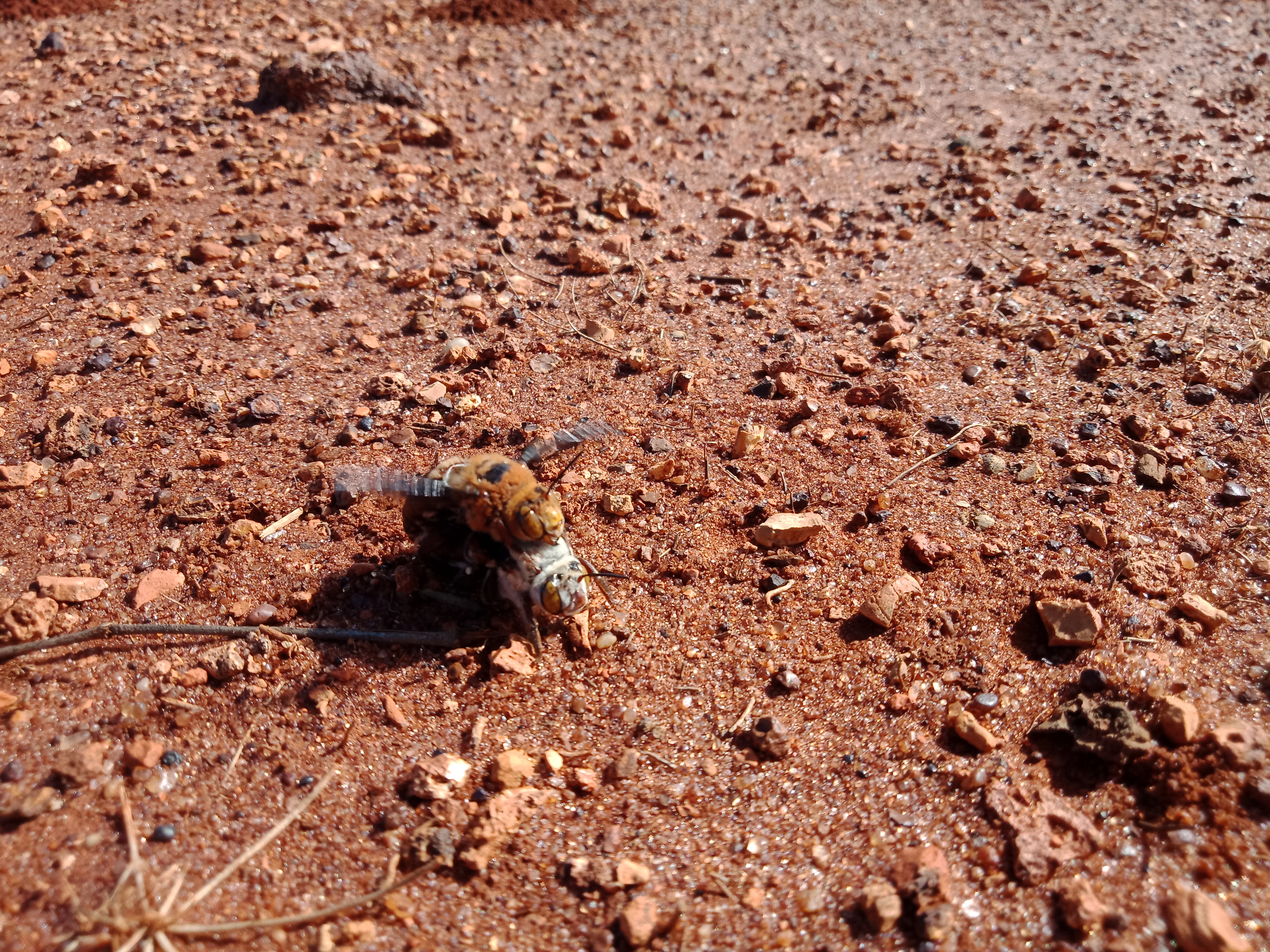 "They're certainly one of the more photogenic ones, too," Ms Judd said.

"They're very placid, very noisy and very social, but they act as individuals rather than creating a hive". 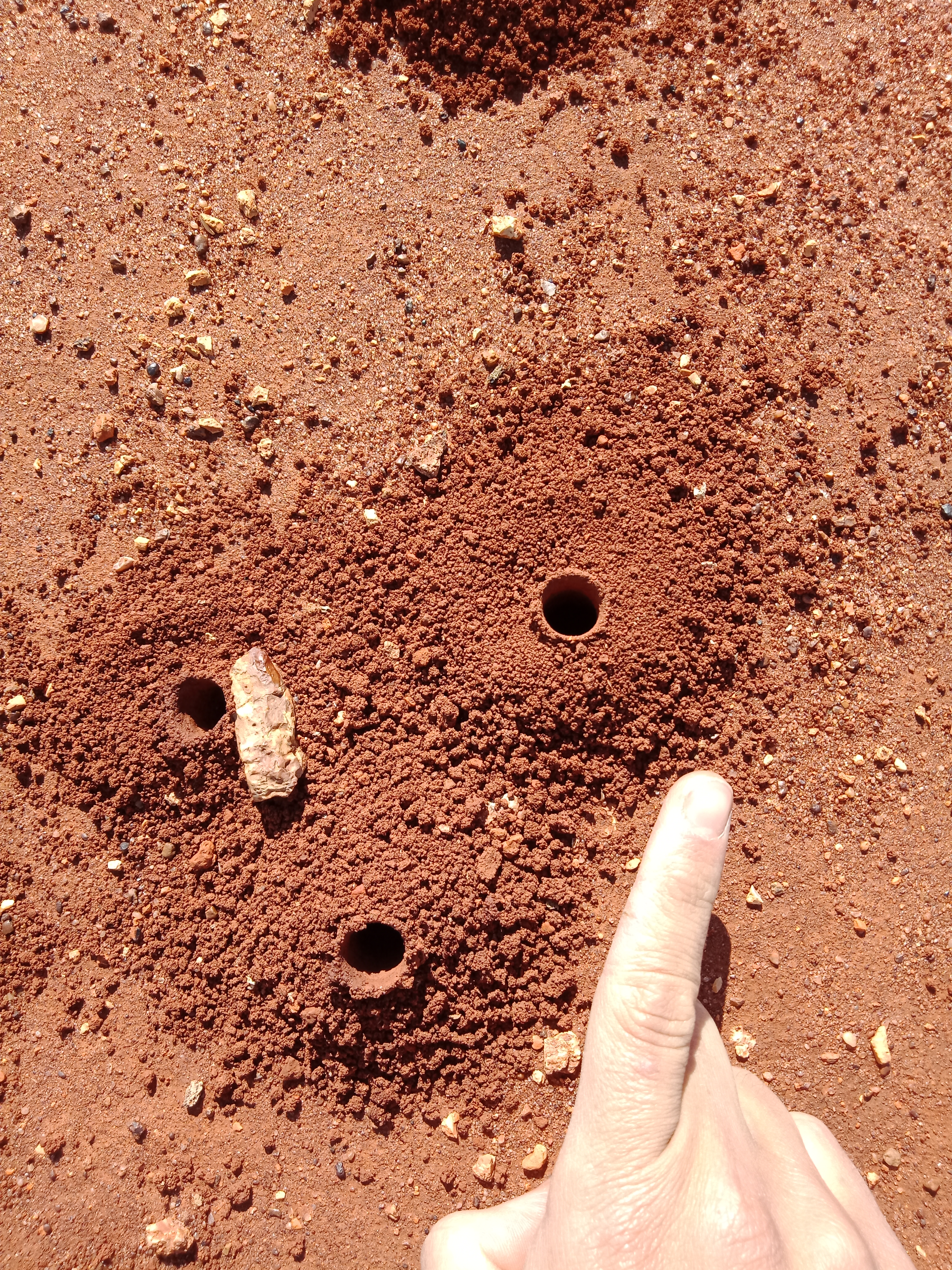 For most of the year, the bees are dormant larvae underground and eat their way up to the surface to breed.

The Western Australia Museum said adults typically occur during the months of July to September.

Once the females have been fertilised, they burrow back into the soil to create new nests, which they line with food and come complete with turrets about 20mm high.

"When you locate a nesting colony, you'll see these tiny little mud towers all across the landscape," Ms Judd said.