An explosion has occurred outside Kabul airport, where thousands of people have gathered to try to flee the country on Western airlift since the Taliban seized power earlier this month.

The Pentagon confirmed the blast on Thursday near the Abbey Gate of Hamid Karzai International Airport had caused an "unknown number of casualties".

Adam Khan, an Afghan waiting outside the airport, said the explosion went off in a crowd of people waiting to enter the airport. Mr Khan, who said he was standing about 30 metres away, said several people appeared to have been killed or wounded, including some who lost body parts. 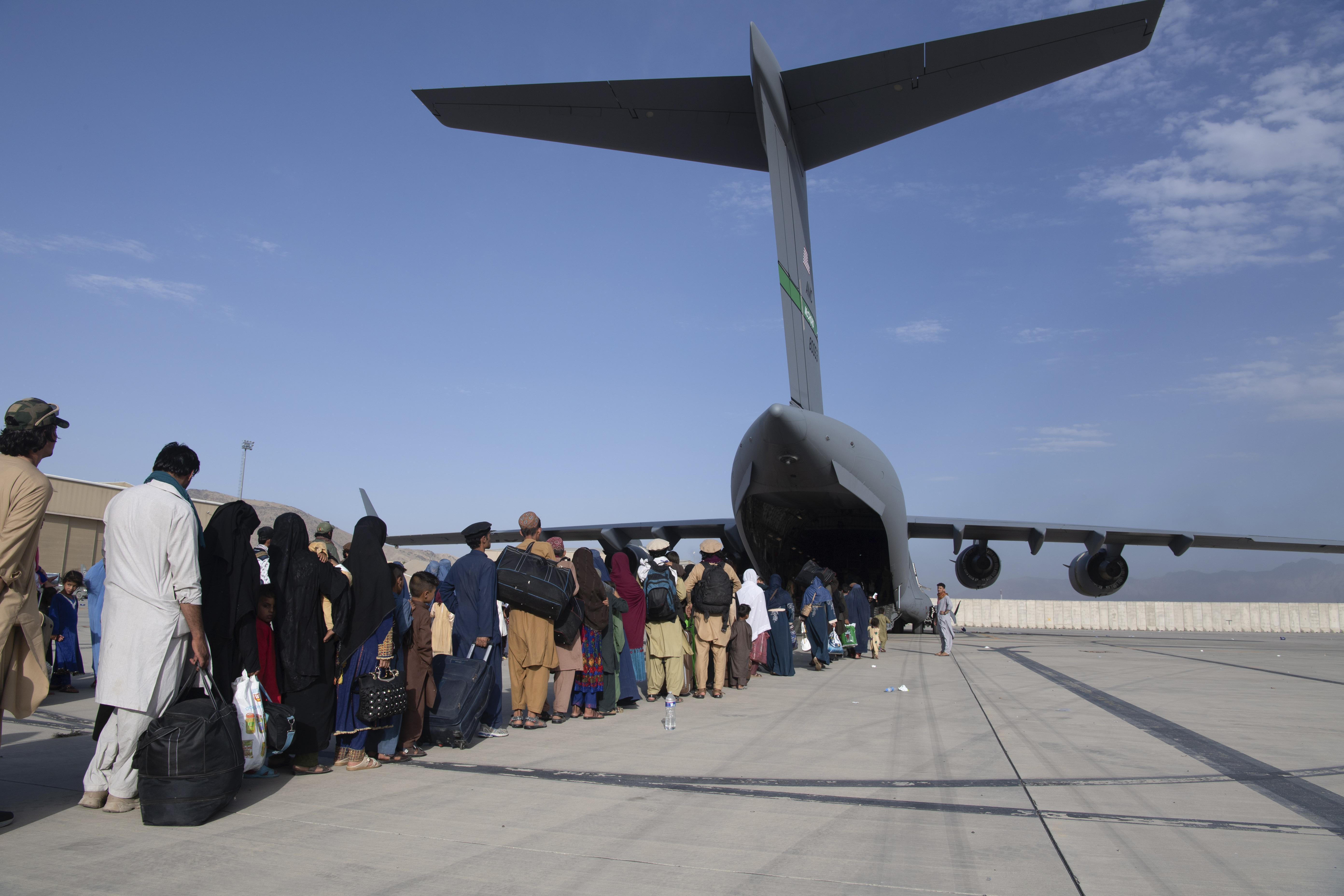 Western nations, including Australian Foreign Minister Marise Payne, had warned of a possible attack on Kabul's airport in the waning days of the massive evacuation efforts.

Several countries urged people to avoid the airport, where an official said there was a threat of a suicide bombing. But just days — or even hours for some nations — before the evacuation effort ends, few appeared to heed the call.

"We can confirm that the explosion near the Abbey Gate of the Kabul airport has resulted in an unknown number of casualties," he said, about an hour late.

Over the last week, the airport has been the scene of some of the most searing images of the chaotic end of America's longest war and the Taliban's takeover, as flight after flight took off carrying those who fear a return to the militants' brutal rule.

Already, some countries have ended their evacuations and begun to withdraw their soldiers and diplomats, signalling the beginning of the end of one of history's largest airlifts.

The Taliban have so far honoured a pledge not to attack Western forces during the evacuation, but insist the foreign troops must be out by America's self-imposed deadline of August 31.

Throughout Thursday warnings emerged from Western capitals about a threat from Afghanistan's Islamic State group affiliate, which likely has seen its ranks boosted by the Taliban's freeing of prisoners during their blitz across the country.

Belgian Prime Minister Alexander De Croo said his country had received information from the US and other countries about the "threat of suicide attacks on the mass of people".

The acting US ambassador to Kabul, Ross Wilson, said the security threat at the Kabul airport overnight was "clearly regarded as credible, as imminent, as compelling".

But in an interview with ABC News, he would not give details and did not say whether the threat remained.

A while later, the blast was reported. US President Joe Biden has been briefed on the explosion, the White House says.

The UK Ministry of Defence said it was working urgently to establish what happened.

"Our primary concern remains the safety of our personnel, British citizens and the citizens of Afghanistan," it said in a statement.

"We are in close contact with our US and other NATO allies at an operational level on the immediate response to this incident."

The US Embassy had warned citizens at three airport gates to leave immediately due to an unspecified security threat.

Australia, Britain and New Zealand also advised their citizens on Thursday not to go to the airport, with Australia's foreign minister saying there was a "very high threat of a terrorist attack."

"Our clear travel advice is now, do not travel to Hamid Karzai International Airport and if you are in the area of the airport, moved to a safe location and await further advice," Ms Payne said."Be aware of the potential for violence and security threats with large crowds."There is an ongoing and very high threat of a terrorist attack."

Taliban spokesman Zabihullah Mujahid denied that any attack was imminent in the wake of those warnings.