An Aussie video game studio has unveiled their newest game on the world stage, featuring their work at Gamescom 2021.

Cult of the Lamb is the latest title created by developers Massive Monster – a three person studio based out of Melbourne.

Nine News caught up with the creators before the big reveal to find out what exactly Cult of the Lamb is and how it works. 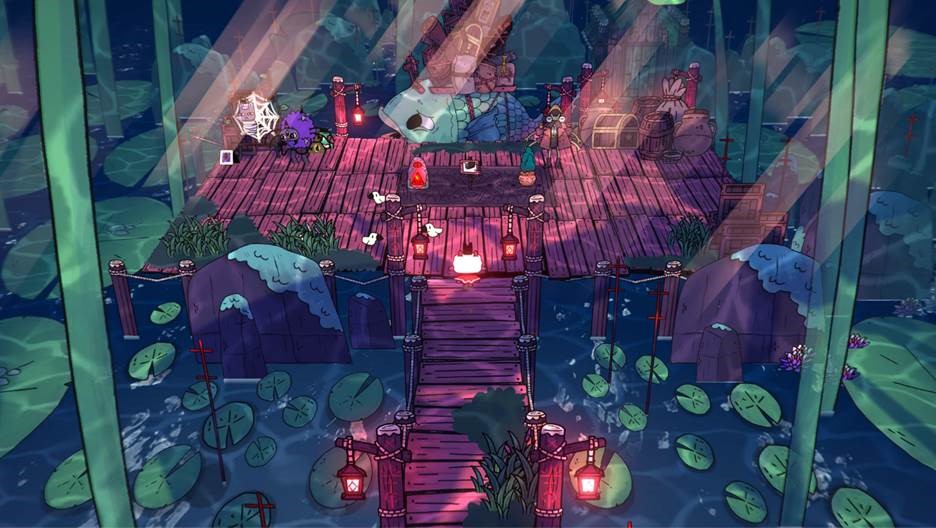 With cute and cuddly overtones, the game is far from what it seems – you've probably already gathered that by the word 'cult' in the title.

The creators, Julian Wilton and Jay Armstrong, tell 9News it's definitely not a game for kids.

"We wanted to make something, you know, a bit more grown up," Mr Wilton said.

So, what is Cult of the Lamb? It's essentially a spin on the sacrificial lamb cliche.

You play as an innocent lamb who has escaped becoming a cult sacrifice only to owe your life to the entity that helped save you. 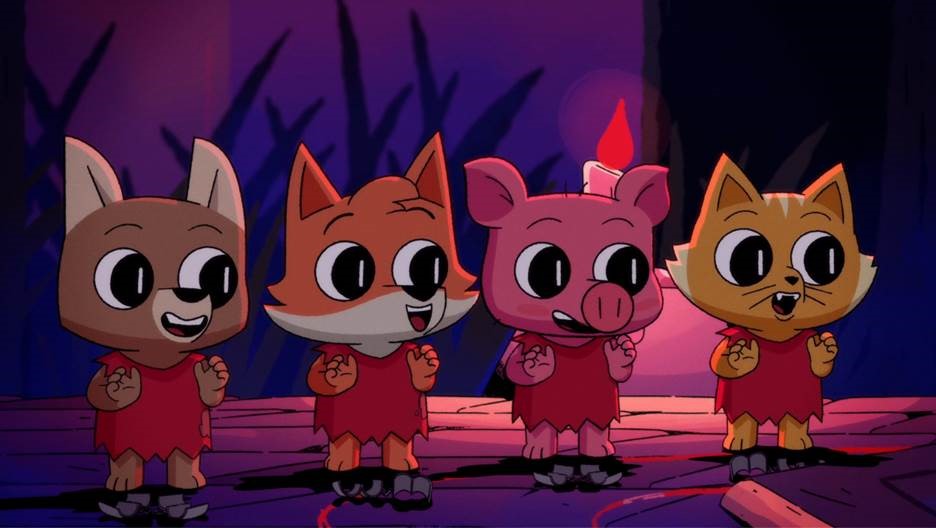 As the player progresses through the game you amass a following of cute animals, who in turn worship you and do your every bidding.

"The dungeon crawler part of the game has you exploring this kind of dark, mystical woods full of enemy cults and monsters – that's where you'll find new followers," Mr Armstrong said.

9News spoke to Massive Monster before opening night of Gamescom and they said they were nervous but had high hopes.

"It's going to be a tough night's sleep the night before!" Mr Armstrong said.

"I'm kind of hoping we get some love. But, you know, if we get some hate we'll take it as well!" Mr Wilton laughed.

"We haven't shown this to anyone, this is the first time anyone outside our team has seen it."

It's safe to say the team had a successful unveiling, the host of Gamescom, Geoff Keighley, introduced the new trailer to the world on Thursday morning to over a million people.

READ MORE: Hands on with Atari's first console in 20 years

But Jay Armstrong stresses, it's not all as it seems – comparing the game's world to the likes of Stardew Valley.

"There's more to the game than just going out dungeon crawling and base building… There's a lot of characters to find and things to reveal in this mysterious world that we're building," he told 9News.

"Even though you can do sort of horrible things to your followers, that's your decision. If you want to sacrifice them to the dark gods that's totally up to you." 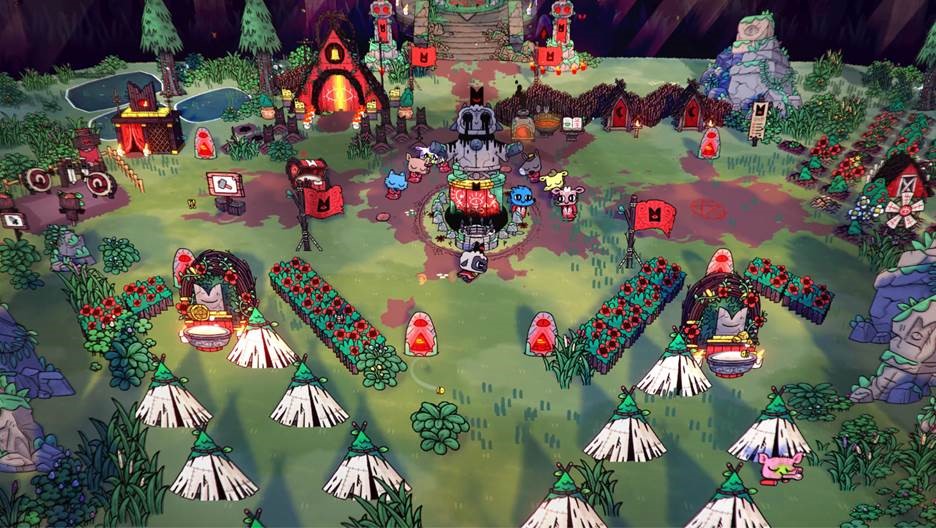 Moving to Melbourne in 2019, Mr Wilton says one of the main reasons to set up their studio there was to bask in the state's notable video game support – that, and the coffee and food in Melbourne is unbeatable.

"We'd been working on a prototype for a while now, a janky thing, that we needed to get to a stage that we could pitch to publishers," Mr Wilton told 9News.

After receiving a funding grant from the Film Victoria at the start of January last year, the developers took Cult of Lamb to the next stage.

They eventually teamed up with publisher Devolver Digital and the rest is history.

In early development the game was simply called "Sacrificial Lamb" and went through a few prototypes along the way. 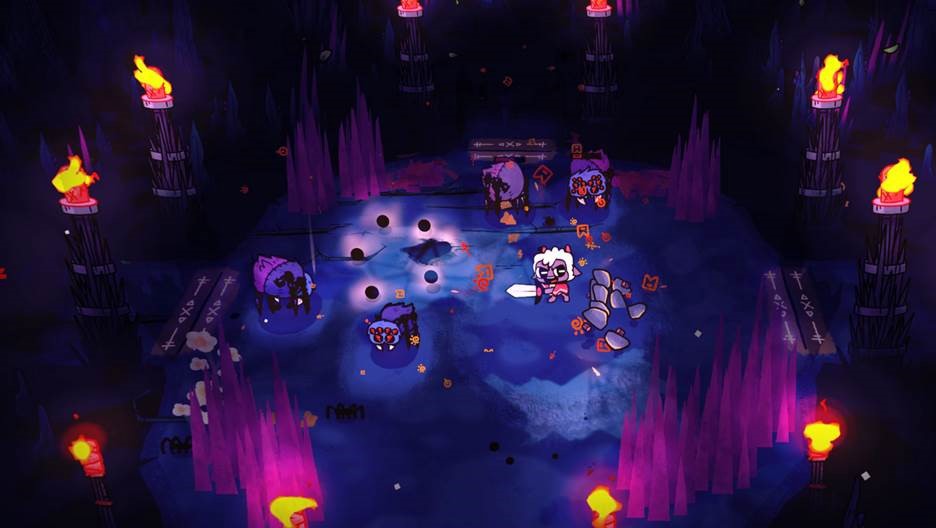 "We started out with some really weird ideas!" Mr Armstrong said.

"We kind of moved it to where you can create your own hell and your own punishments, things like that, but the problem was the creatures that Julian drew were just so cute!"

Mr Wilton attributes some of the creative design of Cult of the Lamb to that of a Melbourne whisky distillery, The Gosbel, and says the design of the bottle is fitting for the theme of the game.

"Literally when all of our contractors come on I've just given them a bottle of it… It's amazing."

While the main team for Massive Monsters is made up of three members, two based in Melbourne and one, Jay Armstrong, currently living in Malaysia.

They say for each game they usually hire a few more people to assist in the game's development. 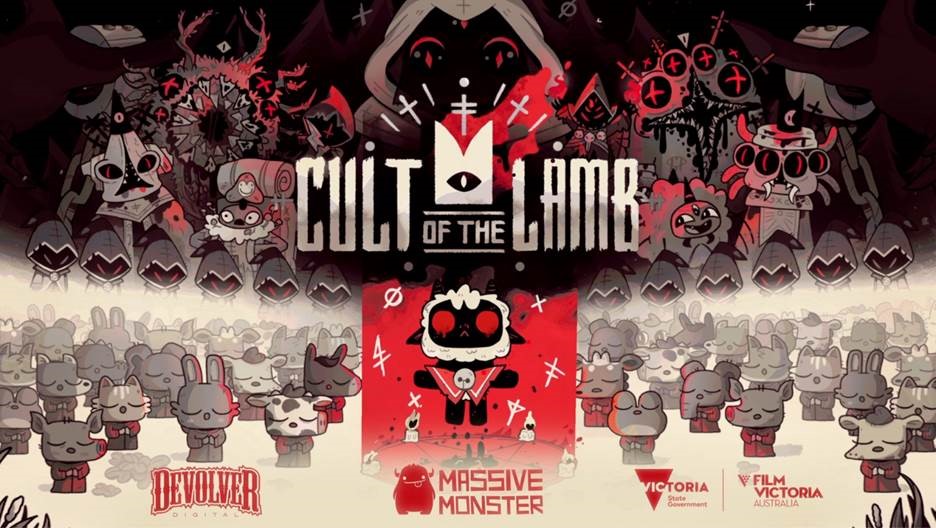 Cult of Lamb is coming to PC and consoles and while they couldn't say when exactly it'll be released, they could confirm it'd be available to play early next year.

"We're coming up to our beta at the moment, at the end of October." Mr Wilton told 9News.

"Definitely next year. Can't say anything too specific really, because with game development, I mean, you never know." Mr Wilton said.

More details on Cult of Lamb will be revealed over the next few months, you can find more information on the Massive Monster website http://cultofthelamb.com/.