A humpback whale has been freed from a fishing buoy off Coolangatta Beach on the Gold Coast.

A member of the public who was out fishing saw the adult whale towing a yellow marker buoy, later confirmed to be a fishing aggragating device (FAD), and called authorities.

The Sea World and Boating and Fisheries team were able to successfully disentangle the FAD and ropes in just under an hour. 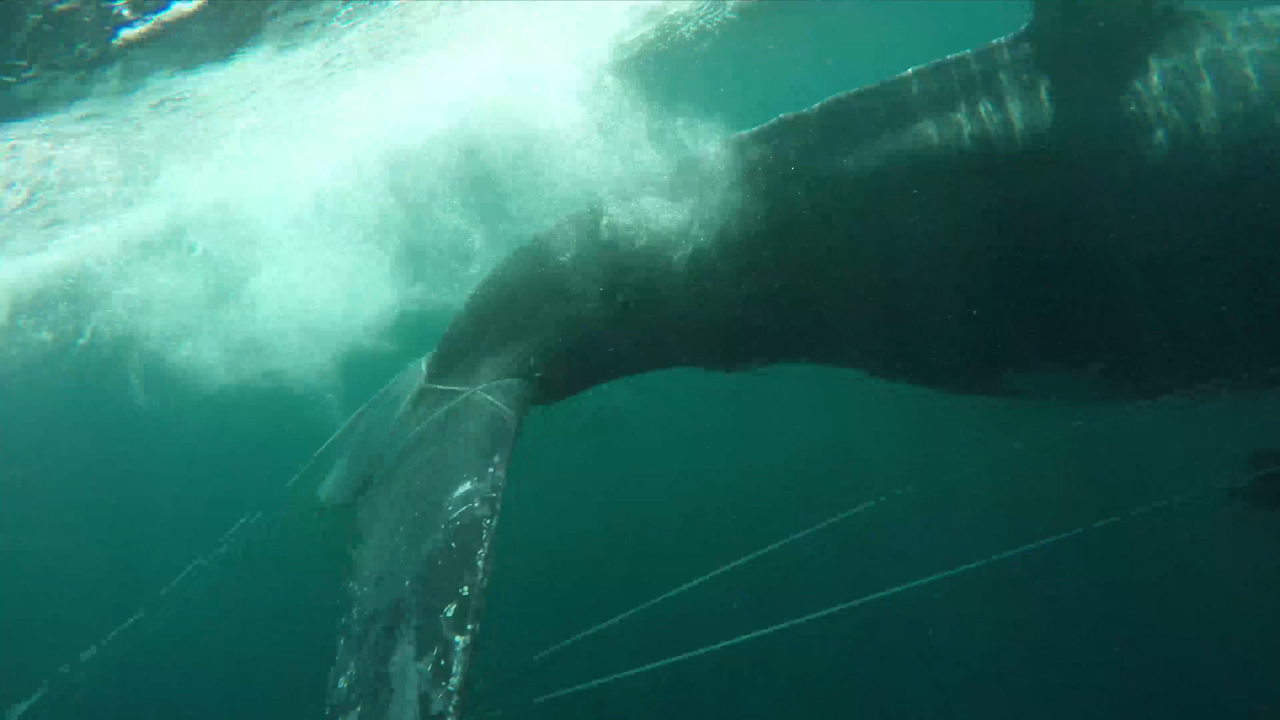 "Most of that time was just looking at the whale, assessing the situation and making sure we made the cuts on the rope in the right order," Mr Phillips said.

"If we cut too early we could lose that marker buoy and the whale could swim off with that rope still attached to him." 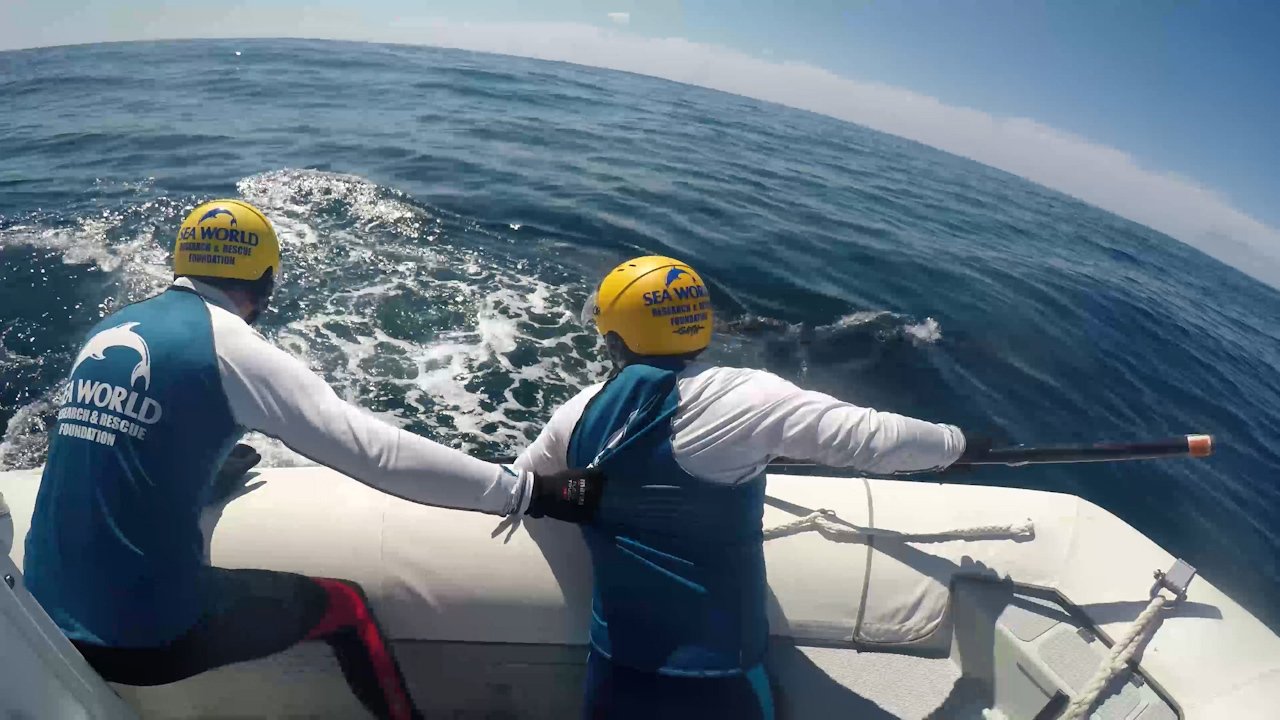 Mr Phillips said it would be wise to consider removing the devices during migration season.

"I'm not sure it's a good idea to have anything out there while the whales are migrating," he said.

"Anything we put in the ocean has an opportunity to become entangled or come into some sort of negative encounter with our marine life."