In what used to be an ancient sea bed, palaeontologists have discovered the fossil of a four-legged whale.

The new species was discovered in rocks in the Fayum Depression in the Western Desert in Egypt; an area once covered by water.

The remains are about 43-million-year-old.

The new species, dubbed Phiomicetus anubis after the Egyptian god of death, was likely a top predator, researchers said after studying the fossil at Mansoura University Vertebrate Palaeontology Centre.

It was likely semi-aquatic and could move between land and the ocean, a paper published in the journal Proceedings of the Royal Society B concluded. 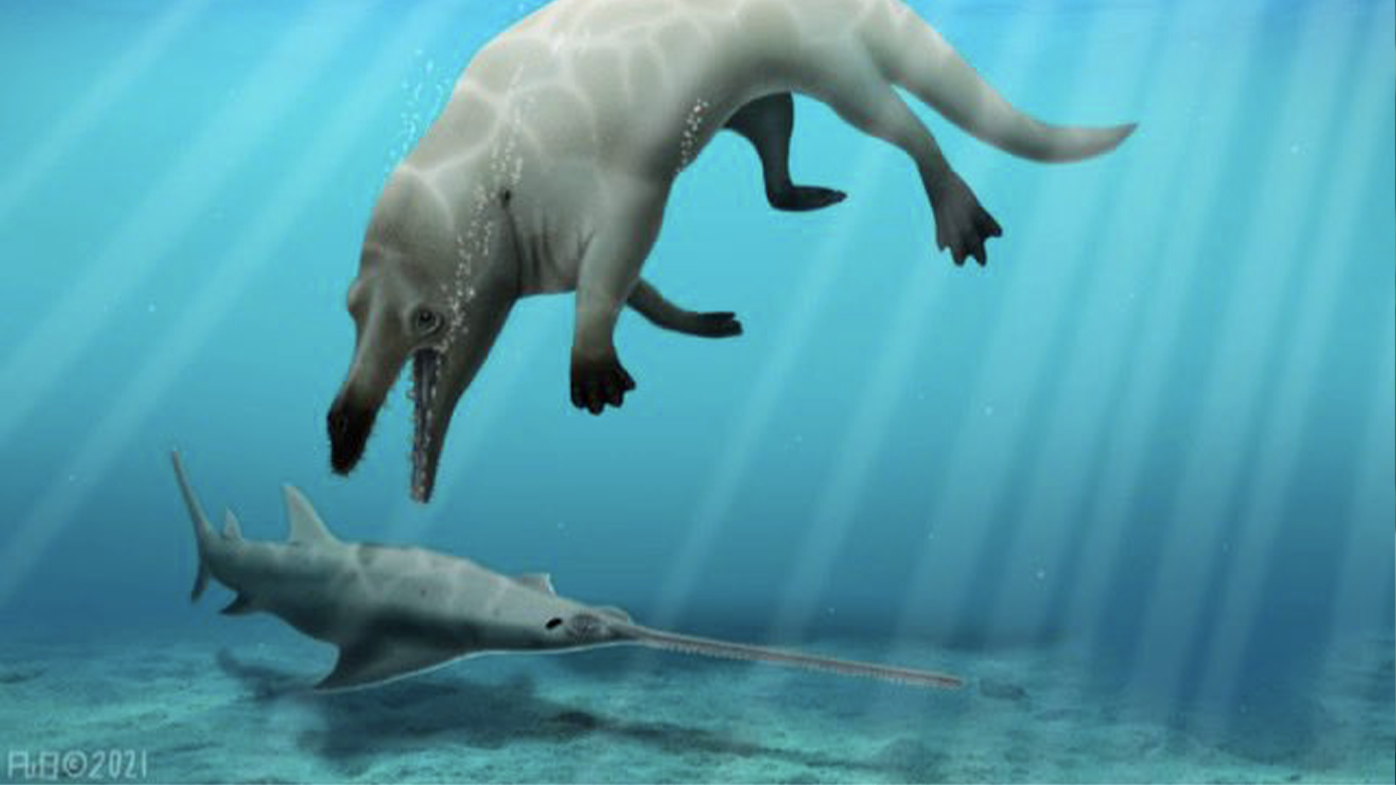 The whale is believed to have been three-metres long with an estimated body mass of about 600kg.