Bombing attacks that killed 13 US service members and dozens of Afghans at the Kabul airport came after repeated warnings of imminent danger to the airport and complicate the frantic evacuation effort there even as it winds to a close.

The US suspects the group ISIS-Khorasan could be responsible. ISIS-K is an offshoot of the group that was once powerful in parts of Iraq and Syria, is not affiliated with the Taliban leaders who have seized control of Afghanistan's government and raises fears the country could again turn into a proving ground for terror.

What is becoming painfully clear is that we have no idea what will happen in Afghanistan when US forces leave at the end of the month. 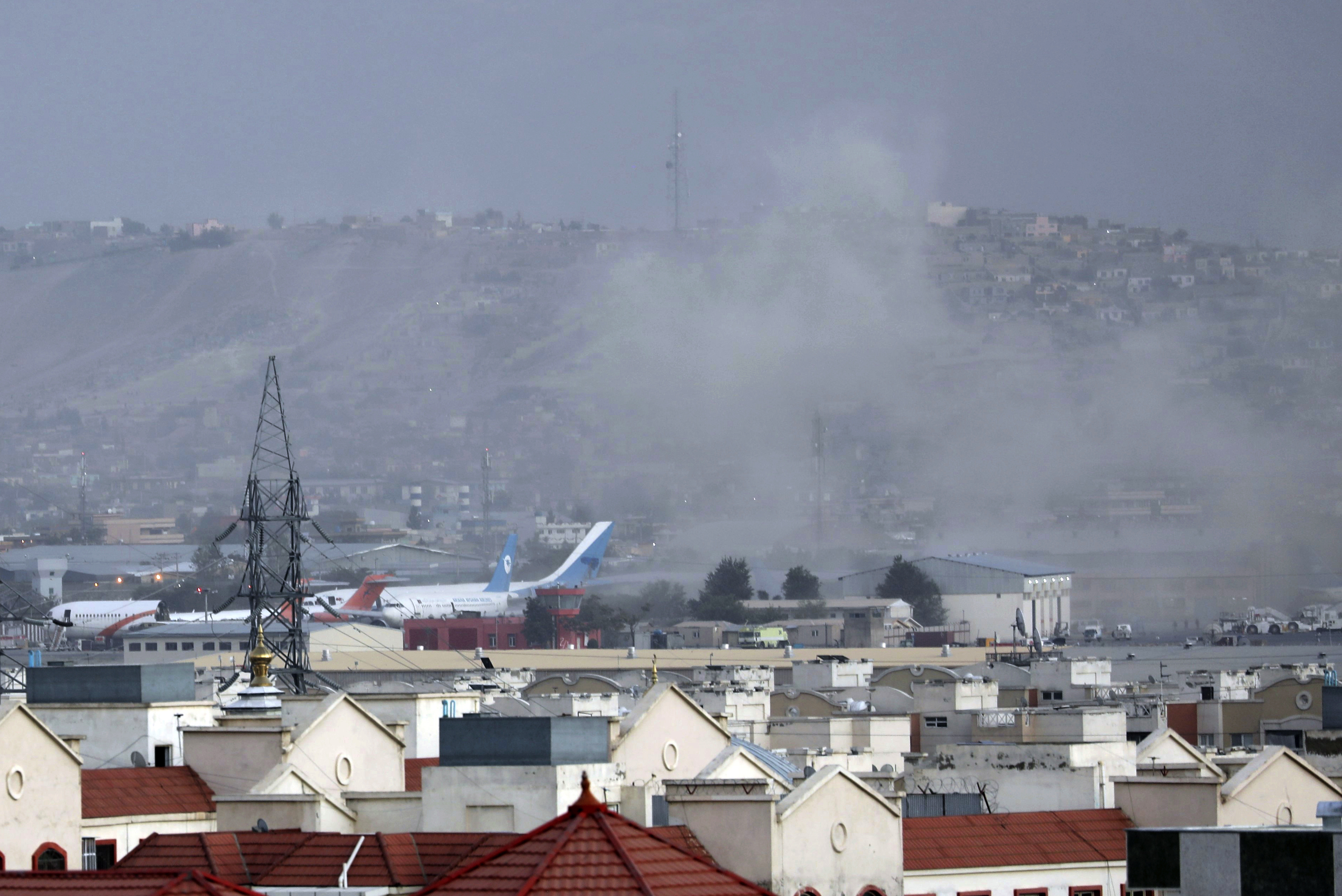 Here's an attempt to collate what we know about who will take over, pulling from the numerous CNN reports, analyses, interviews and flow charts on Afghanistan in recent days.

Douglas London, a retired top CIA official, and retired General David Petraeus, the former CIA director and counterinsurgency expert, have given their analyses of the situation.

Who, exactly, are the Taliban?

The history of the group dates to 1994. They regrouped over the past two decades and, despite more than US$1 trillion spent in Afghanistan to prop up a government and create a more than 300,000 person military, have taken control of the country again, even though they were thought to have fewer than 100,000 fighters as recently as February.

Who runs the Taliban?

The leadership of the Taliban remains a mystery for most Americans. CNN put together a flow chart on key leaders and deputies and what we know about them.

The top line is that the Taliban have made promises to be more inclusive and open, but their leadership structure is pulled straight from their previous hard-line regime.

The group is led by the reclusive Haibatullah Akhundzada, a senior religious cleric in his 50s who was named chief after a US airstrike killed his predecessor in 2016. Hailing from the Taliban heartland of Spin Boldak, in southern Kandahar province, he was involved in the mujahedeen – or holy Islamic fight – against the Soviet invasion in the 1980s, and was appointed the leader of jihadi matters in 2001, according to Taliban spokesperson Zabiullah Mujahid.

EXPLAINER: What is ISIS-K? 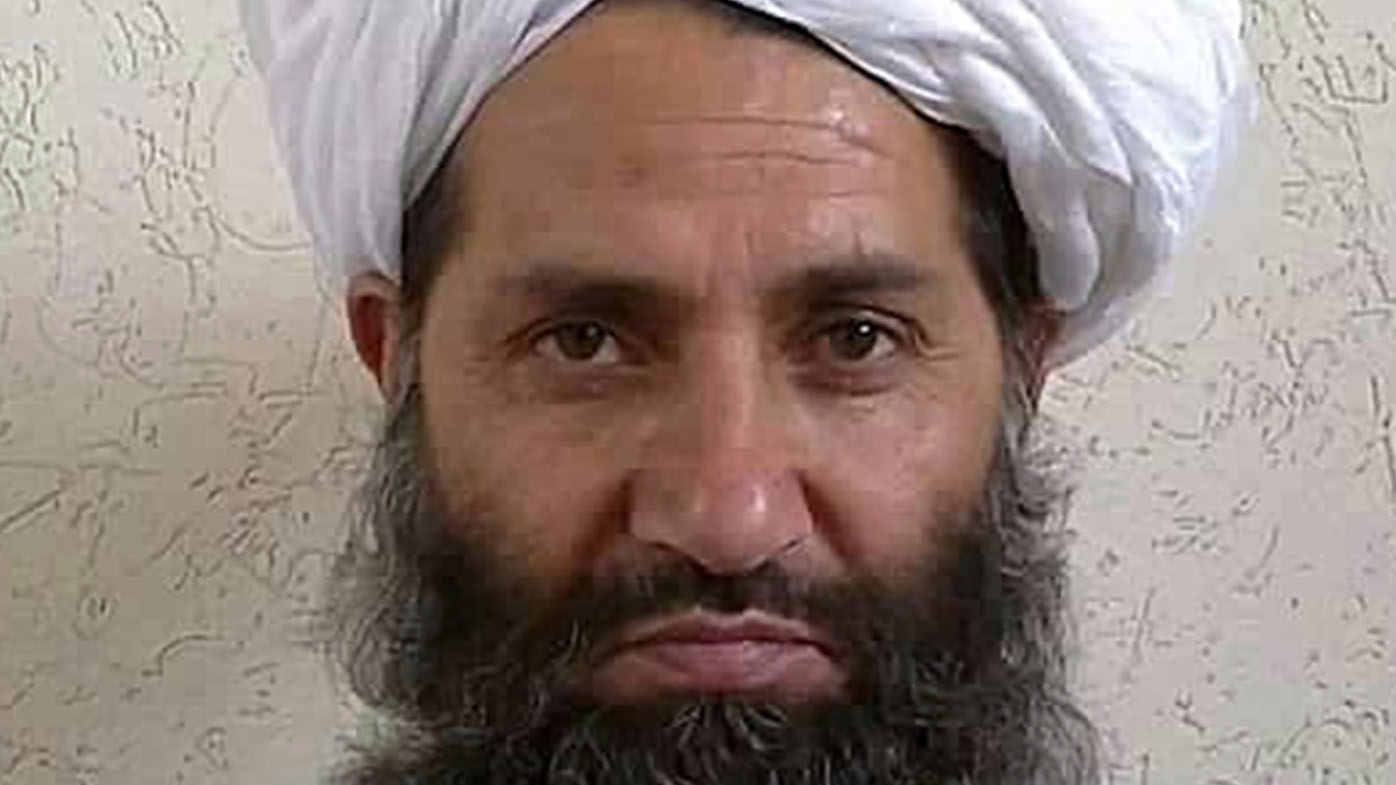 His deputy, Abdul Ghani Baradar, was a prominent member of the Taliban regime when it was last in power, and as the head of the group's political committee is currently one of the militants' most public-facing leaders. Baradar arrived back in Afghanistan last week after a 20-year-exile.

Who selects the Taliban leaders?

A leadership council of more than 20 senior Taliban members. There's a corresponding chart explaining what we know about the rest of the leadership structure.

Will the Taliban represent a terror threat to the US?

Not exactly. In fact, they signed a peace deal with the Trump administration in which they promised to be more liberal in their treatment of women and stand by other reforms in exchange for the release of 5000 imprisoned fighters. They also promised to discourage groups like al Qaeda. Many foreign policy and intelligence community officials are sceptical they will stick to those promises, but the group is concerned with Afghanistan and not with attacking the West in the way al Qaeda was. 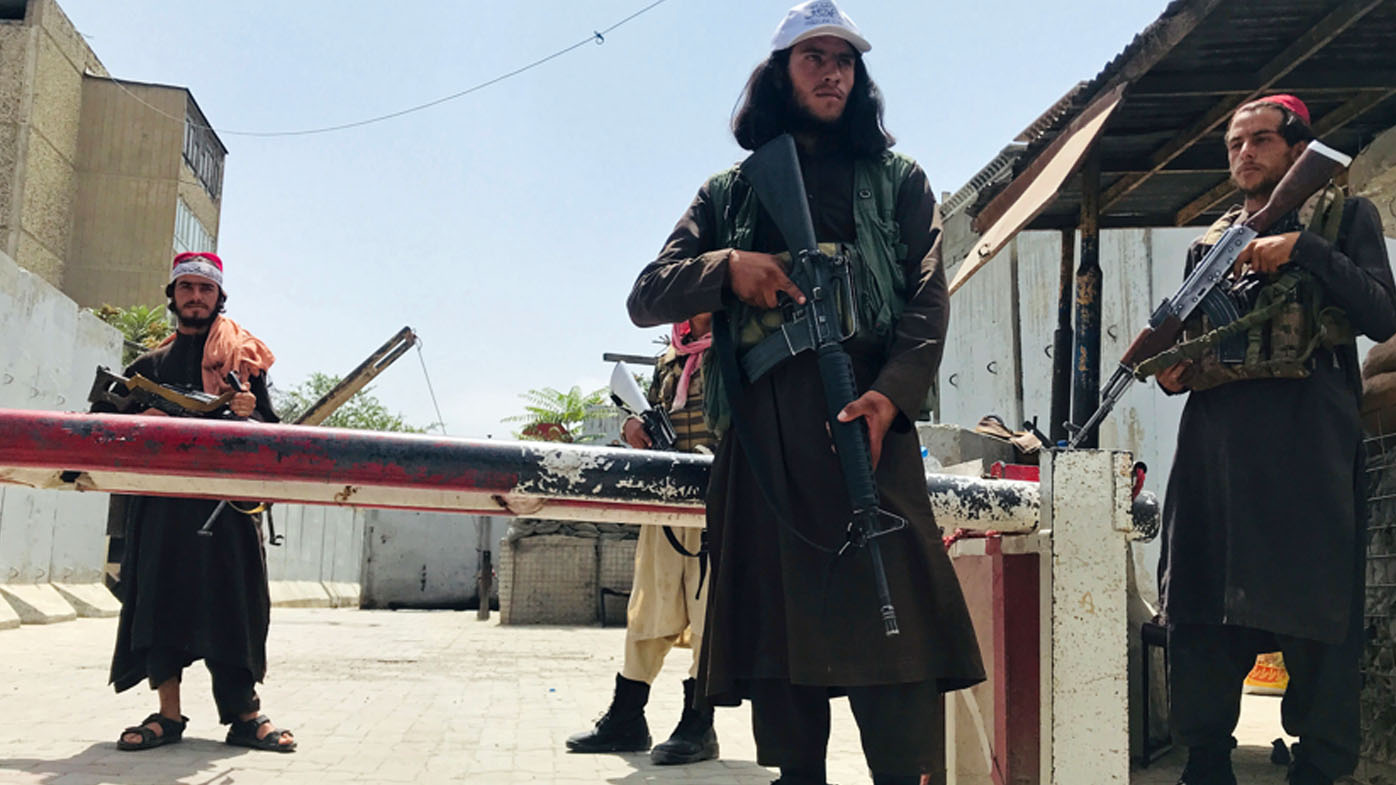 Will al Qaeda re-form in Afghanistan?

Mr London said many of the 5000 released prisoners sympathise with al Qaeda.

"Clearly, the detainees who were released by the Taliban at Bagram Air Base included a number of al Qaeda personalities, with whom I am very familiar," he said. "Many of them were caught in joint military or CIA-supported operations and immediately transferred to Afghan custody upon which they were charged, convicted and put away. Those folks are force multipliers for the Taliban, and they are likely to regroup what is left of al Qaeda in Afghanistan."

There are also ISIS-affiliated fighters released as part of that US deal.

This comes directly from a CNN report:

US intelligence officials previously told CNN the ISIS-K membership includes "a small number of veteran jihadists from Syria and other foreign terrorist fighters," saying that the US had identified 10 to 15 of their top operatives in Afghanistan. The group's name comes from its terminology for the area that includes Afghanistan and Pakistan: "Khorasan."

A US government report this year said the group exploited instability "by attacking minority sectarian targets and infrastructure to spread fear and highlight the Afghan government's inability to provide adequate security." 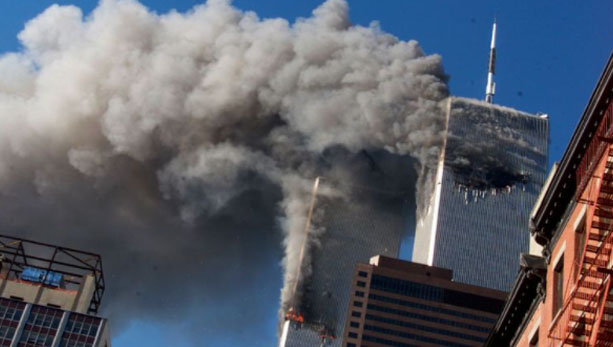 It's been orchestrating attacks in Kabul since 2016 and attacked a prison in Jalalabad to free dozens of its supporters who had been captured by the Afghan army and police.

What has become of the US-backed power structure?

It is gone. Ousted Afghan President Ashraf Ghani fled to the United Arab Emirates via Uzbekistan with "just the clothes on his back," according to an adviser quoted in one CNN report last week. His vice president, Amrullah Saleh, fled north, to the Panjshir Valley, which will be one stronghold of resistance to the Taliban.

Previous leaders, like former President Hamid Karzai and Abdullah Abdullah, have apparently been stripped of security by the Taliban and are effectively under "house arrest."

The Taliban have said they want to form a more inclusive government, but it's not at all clear what that will look like.

What about resistance to the Taliban in the north?

Many now are looking to his son to work with Saleh. Massoud wrote a plea for help in The Washington Post last week, predicting that Afghanistan will again become a terrorist breeding ground and asking for Western funding and help to fight it.

Mr London said Massoud has big shoes to fill, and with a smaller fighting force at his command.

"Ahmad is not his dad," Mr London said. "His dad was just an amazing man, and what the older Massoud's men had in the Panjshir when they were fighting the Taliban before 9/11 was a bigger force than what they have now and a lot more capable."

The Northern Alliance faces obstacles. Mr Petraeus talked about the extreme logistical difficulties it will face:

"The major positive feature of the Panjshir Valley where they are leading the resistance — its inaccessibility and natural defensive terrain – can also be a significant shortcoming, given its lack of connectivity with the outside world, from which it needs to get many goods, commodities and services, not the least of which is refined fuel products," Mr Petraeus said. 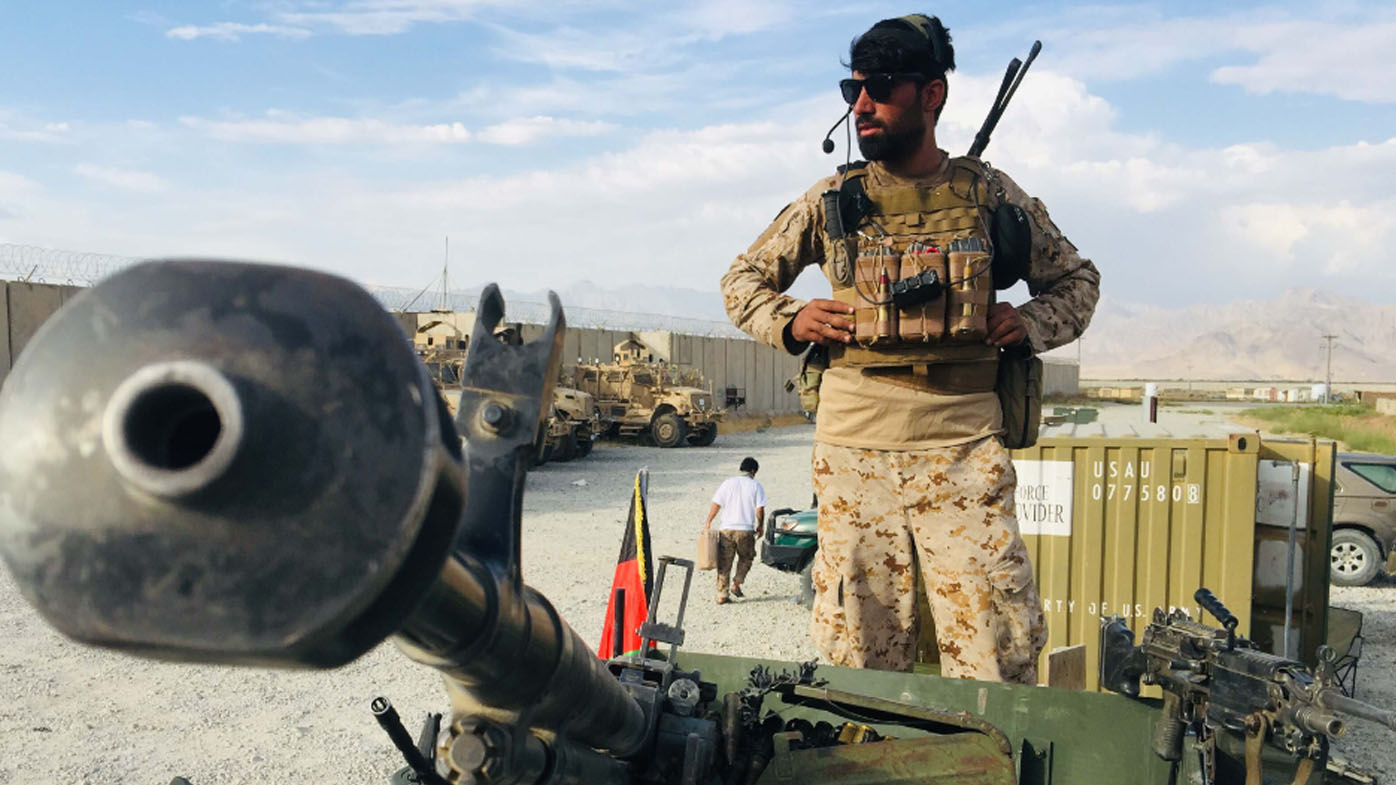 This collapse, while it seems sudden, has been years in the making. Mr Petraeus said peace negotiations with the Taliban over the past three years set the stage for all of this.

"First, the negotiations announced to the Afghan people and the Taliban that the US really did intend to leave (which also made the job of our negotiators even more difficult than it already was, as we were going to give them what they most wanted, regardless of what they committed to us)," Mr Petraeus said.

"Second, we undermined the elected Afghan government, however flawed it may have been, by not insisting on a seat for it at the negotiations we were conducting about the country they actually governed.

"Third, as part of the eventual agreement, we forced the Afghan government to release 5000 Taliban fighters, many of whom quickly returned to the fight as reinforcements for the Taliban. Fourth, the commitment gave President Biden an additional justification/excuse to do what he wanted to do – leave."

What will the Taliban do to people who worked with the US-backed government?

"Now, whether or not they're going to summarily execute, detain or 'rehabilitate' people remains to be seen," Mr London said. "I think because they have become so attentive to media and PR, they might take an approach similar to what the Chinese government is doing by putting Uyghurs in reeducation camps."

He also said there will be a lot of variation around the country as local Taliban commanders take matters into their own hands.

Will terrorist organisations pop up now?

It's not clear, but Mr Petraeus says the US and its western allies have to operate as if they will.

"We have to assume that the Taliban victory will make it easier for al Qaeda and the Islamic State and other extremist groups to establish sanctuaries on Afghan soil," he said. 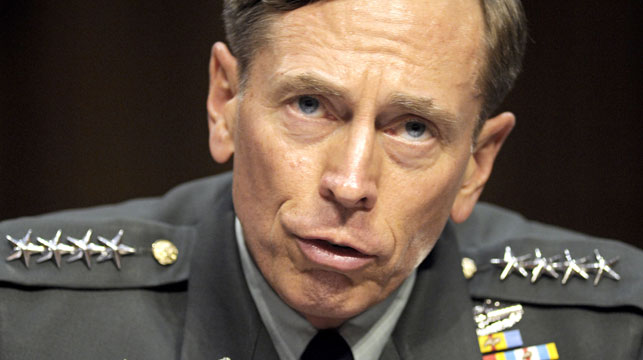 But Mr Petraeus added: "I know that our intelligence agencies and military forces will do all that is humanly possible to identify, disrupt, degrade and destroy any such sanctuaries (including virtual sanctuaries in cyberspace, too) well before they can establish a capability that could threaten our homeland or the homelands of our NATO allies."

Will we still be talking about Afghanistan in the future?

The only reason the US invaded was because al Qaeda used Afghanistan as a haven before 9/11. It's hard to imagine focused US attention there for anything other than a reboot of that horrible story.

Walsh: "For those in the comfort of the West, sat at their screens, inhaling deeply, and wondering why America's longest war has collapsed with such a plughole gurgle, ask yourself: when was the last time you thought about Afghanistan? Or, as a politician spoke of it, or as a pundit, wrote or spoke about it? For the majority, it was probably only in recent days and weeks."

Even those in relative safety at the Kabul air base didn't understand what was going on outside in the country. And he summarised the Biden Administration's bet (in line with his two most recent predecessors) that this frantic endgame to US military involvement there will soon fade from the public consciousness. It may be a good bet.

"The hope was that the US public had gotten so tired of hearing about two decades of investment and promises that Afghanistan would just fade quietly into the background. In fact, this remains the only plank of the Biden Administration's policy that may prove correct," Walsh wrote.