Evacuation flights from Afghanistan resumed with new urgency on Friday, a day after two suicide bombings targeted the thousands of people desperately fleeing a Taliban takeover and killed dozens.

The US warned more attacks could come ahead of next week's end to America's longest war.

Two officials said 169 Afghans died, but a final count might take time amid confusion, with many bodies dismembered or not yet identified. Scores more were wounded in the blasts. The officials spoke on condition of anonymity because they were not authorised to speak to the media. The US said 13 troops were killed in the deadliest day for American forces in Afghanistan since August 2011. 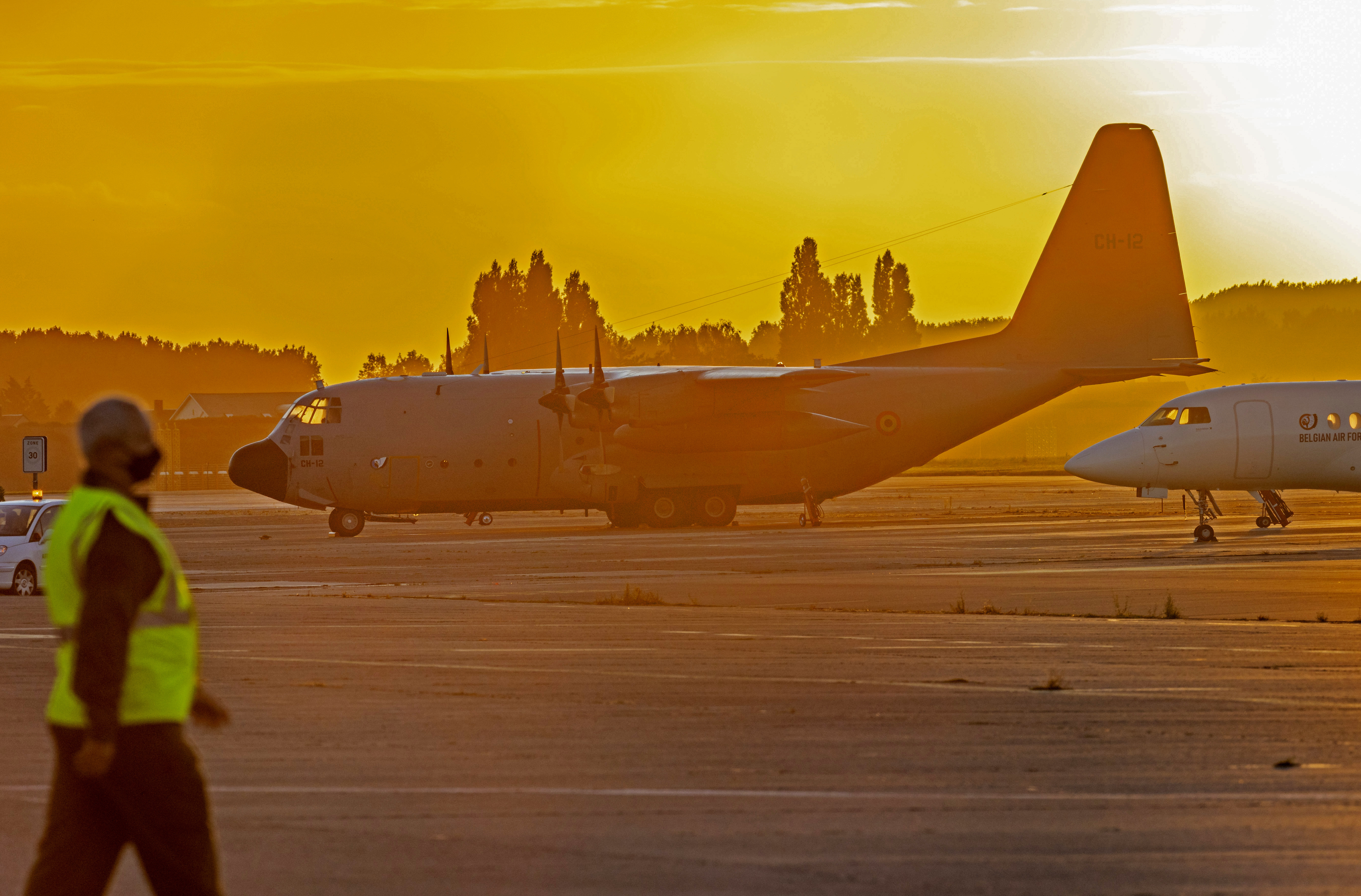 More than 200 people were injured in Thursday's attack, an official with Afghanistan's Ministry of Health told CNN on Friday.

The UK government said Friday that two British adults and the child of another British national were among those killed in the attack.

"We're still planning on ending this mission at the end of the month," spokesperson John Kirby said at a Pentagon briefing.

"As we get closer and we are getting closer, you're going see us begin to make those muscle movements to pull out our troops and some of our equipment, as appropriate with any retrograde," he said, adding they want to "preserve as much capability for as long as we can, both in terms of the security footprint" and ability to evacuate people.

The Pentagon clarified there was only one explosion at the Abbey gate at Hamid Karzai International airport on Thursday, after originally saying there was a second explosion outside the Baron hotel in their initial statements.

RELATED: What is ISIS-K? Behind the group suspected of Kabul attack

As Afghan officials struggled to deal with the dead, at least 10 bodies lay on the grounds outside Wazir Akbar Khan Hospital, where relatives said the mortuary could take no more.

As the call to prayer echoed Friday through Kabul along with the roar of departing planes, the anxious crowds outside the city's airport appeared as large as ever despite the risks. They are acutely aware that the window is closing to board a flight before the airlift ends and Western troops withdraw. 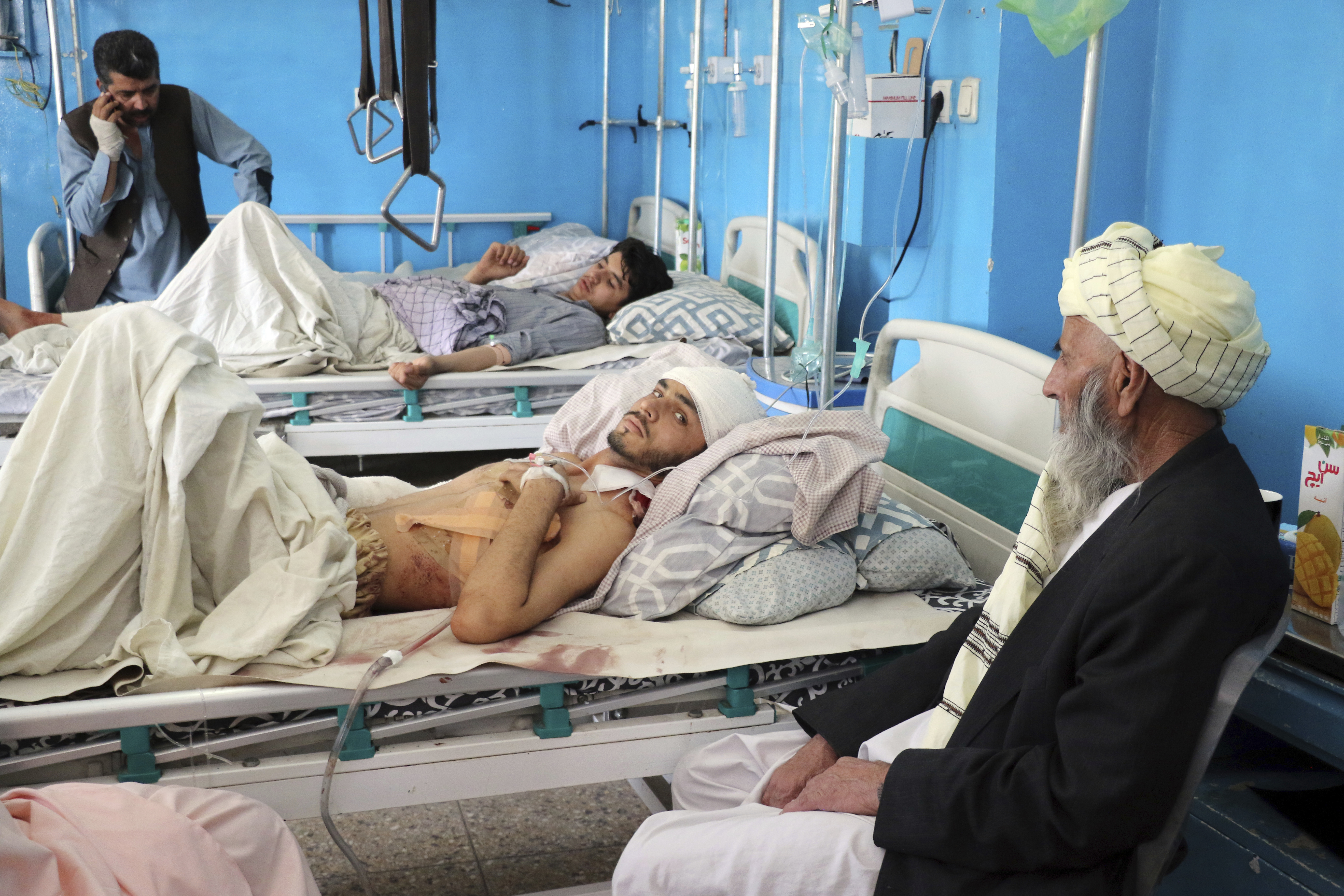 In an emotional speech Thursday night, President Joe Biden blamed the Islamic State group's Afghanistan affiliate, which is far more radical than the Taliban fighters who seized power less than two weeks ago in a lightning blitz across the country.

"We will rescue the Americans; we will get our Afghan allies out, and our mission will go on," Biden said. But despite intense pressure to extend Tuesday's deadline and his vow to hunt down those responsible, he has cited the threat of more terrorist attacks as a reason to keep to his plan — as the Taliban have repeatedly insisted he must.

The Taliban have wrested back control of Afghanistan two decades after they were ousted in a US-led invasion following the 9/11 attacks, which were orchestrated by al-Qaida extremists being harboured in the country.

Their return to power has terrified many Afghans, who fear they will reimpose the kind of repressive rule they did when they were last in control. Thousands have rushed to flee the country ahead of the American withdrawal as a result. 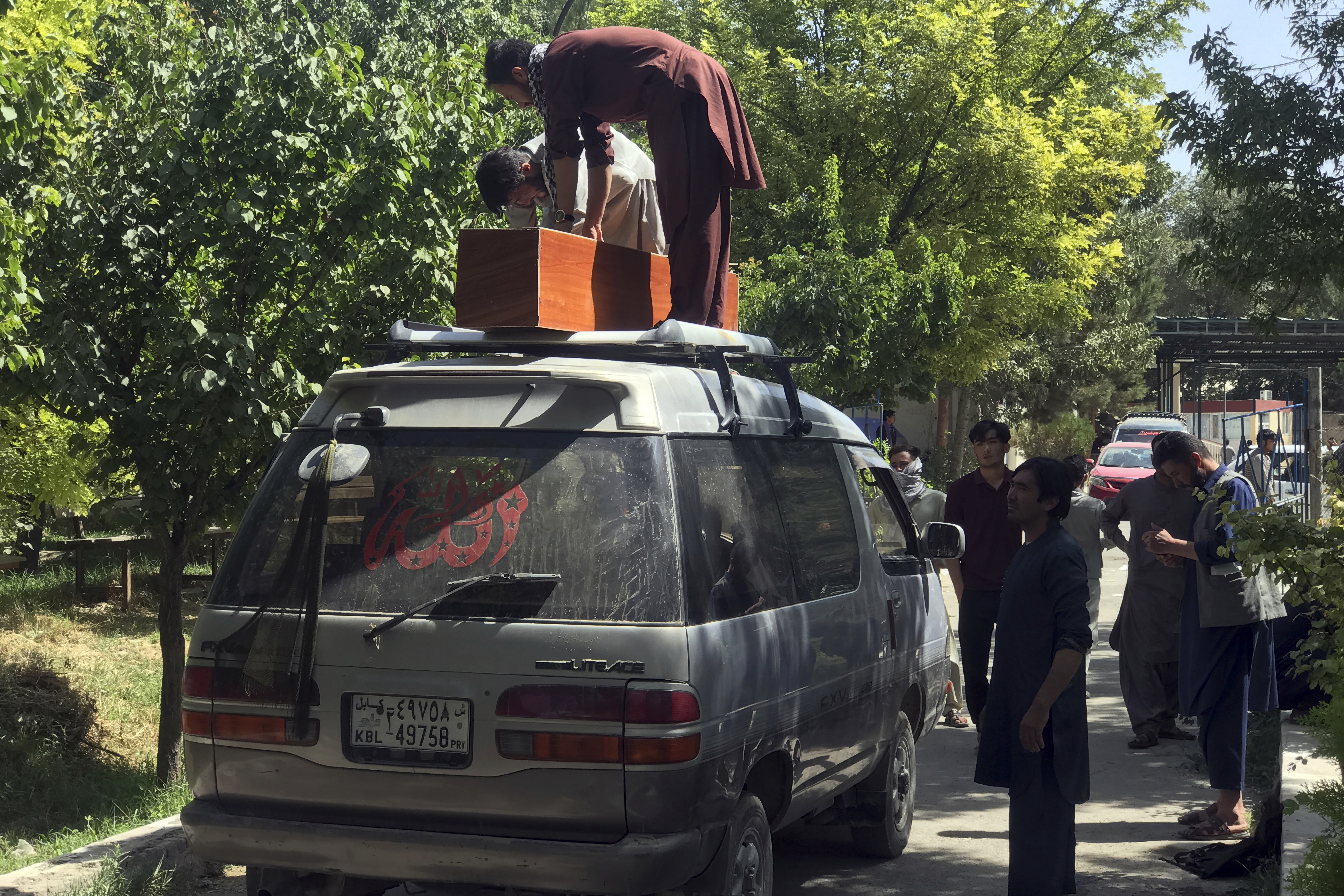 The US said more than 100,000 people have been safely evacuated from Kabul, but thousands more are struggling to leave in one of history's largest airlifts. The White House said Friday morning that 8,500 evacuees were flown out aboard US military aircraft in the previous 24 hours, along with about 4,000 people on coalition flights. That is about the same total as the day before the attacks.

More people hoping to flee arrived Friday at the airport, though in one area Taliban fighters set up a cordon about 500 meters away.

The attacks led Jamshad to head there in the morning with his wife and three small children, clutching an invitation to a Western country he didn't want to name. This was his first attempt to leave.

"After the explosion I decided I would try because I am afraid now there will be more attacks, and I think now I have to leave," said Jamshad, who like many Afghans uses only one name. Others acknowledged that going to the airport was risky — but said they had few choices.

"Believe me, I think that an explosion will happen any second or minute, God is my witness, but we have lots of challenges in our lives, that is why we take the risk to come here and we overcome fear," said Ahmadullah Herawi.

Many others will try to escape over land borders. The United Nations refugee agency said a half-million people or more could flee in a "worse-case scenario" in the coming months.

In the wake of the attacks, Gen. Frank McKenzie, the U.S. Central Command chief overseeing the evacuation, warned that more were possible, and American commanders were working with the Taliban to prevent them. Sweden's foreign minister also said there was a threat, but offered no details.

Scenes of chaos, desperation and horror from the airport have transfixed the world. Images of people standing knee-deep in sewage and families thrusting documents and even young children toward U.S. troops behind razor wire have come to symbolise both the disarray of the last days of the American presence in the country and the fears Afghans have for their future.

But chances to help those hoping to join the evacuation are fading fast. Many American allies have already ended their efforts, in part to give the US time to wrap up its own operations before getting 5,000 of its troops out by Tuesday.

Britain said Friday its evacuations from Afghanistan will end within hours, and the main British processing centre for eligible Afghans has been closed. Defence Secretary Ben Wallace told Sky News there would be "eight or nine" evacuation flights on Friday. British troops will leave over the next few days.

Italy's foreign minister confirmed that its last military flight evacuating people would depart later on Friday. And the French European affairs minister, Clement Beaune, said on Europe 1 radio that the country will end its operation "soon" but may extend it until after Friday night.

The Taliban have said they'll allow Afghans to leave via commercial flights after the US withdrawal, but it remains unclear which airlines would return to an airport controlled by the militants.

They have asked Turkey to operate Kabul airport, but a decision will be made "after the administration (in Afghanistan) is clear," Turkish President Recep Tayyip Erdogan said Friday. Taliban leaders have been holding talks with former Afghan leaders.

Untold numbers of Afghans, especially ones who had worked with the US and other Western countries, are now in hiding, fearing retaliation despite the group's offer of full amnesty. The new rulers have sought to project an image of moderation in recent weeks — a sharp contrast to the harsh rule they imposed from 1996 to 2001, when they required women to be accompanied by a male relative when they left home, banned television and music, and held public executions.

Despite the promises, Afghans in Kabul and elsewhere have reported that some Taliban members are barring girls from attending school and going door to door in search of people who worked with Western forces.

The bombings also raise questions about the Taliban's vows to bring security to Afghanistan. No one knows how effective they will be at combating the Sunni extremists of IS, who have carried out a series of brutal attacks in Afghanistan, mainly targeting its Shiite Muslim minority.