Afghans who narrowly avoided the terror attack outside Kabul airport on Thursday have described horrifying scenes and piles of victims' bodies at the site of the blast.

Muhammad, who said he assisted US forces and worked with NATO in Afghanistan, was at the airport with his family Thursday, trying to speak with American troops and find a flight out of the country.

"I was standing just 50 steps away from the blast that occurred yesterday with my family," he told CNN on Friday. "I cannot describe the situation to you … it was like a scene from a movie that I saw in reality." 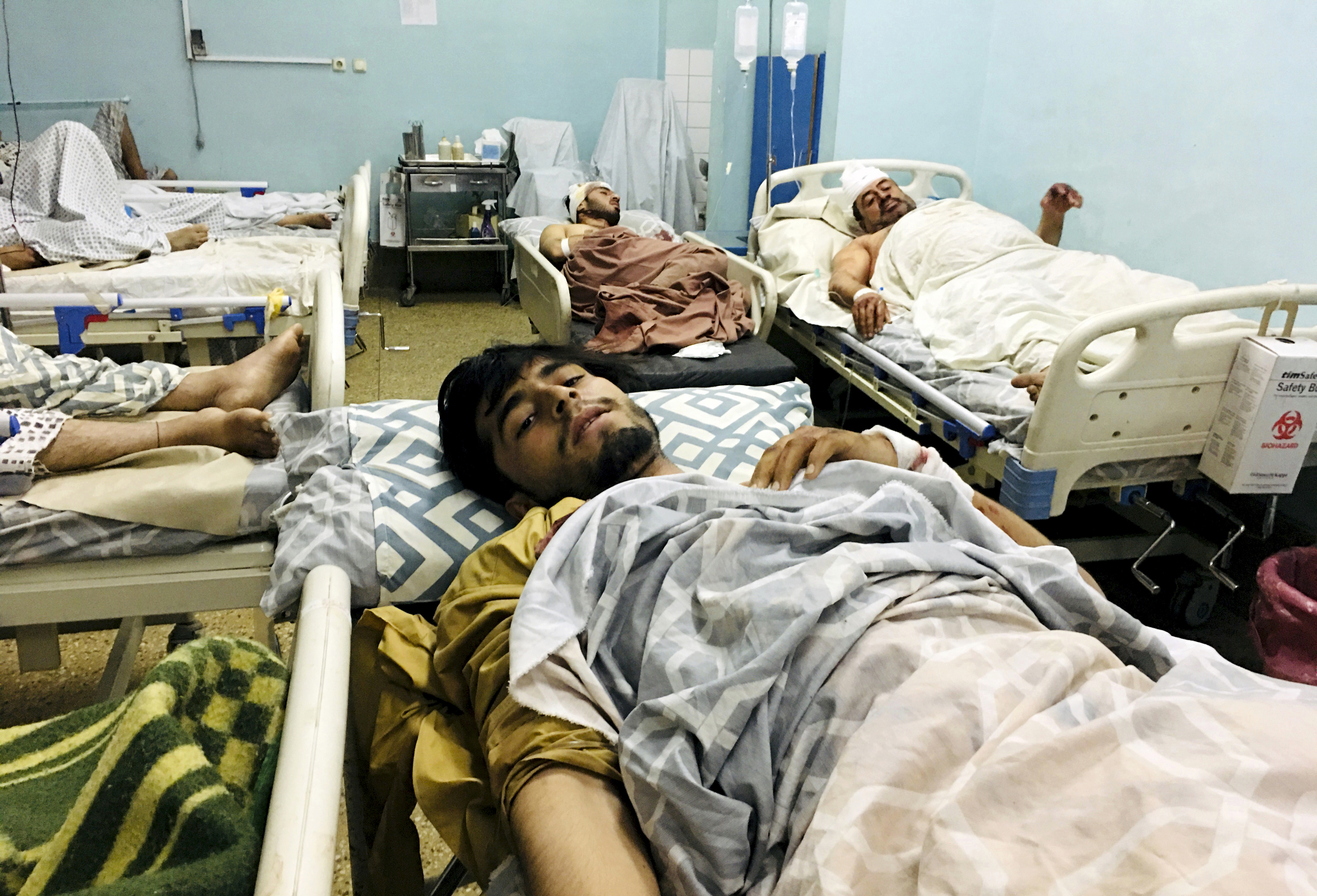 "There was a river of blood … if you wanted to make a few steps you had to first check to see if there were any dead bodies under your feet to move," he said. He did not provide his last name for security reasons.

"I covered my daughters' eyes so she wouldn't see the situation, because it was a very bad situation. After that, I took my family out and went on our way to go home."

The bombing, claimed by the ISIS-K terror group, killed more than 170 people. Thirteen US troops also lost their lives in the attack.

Muhammad said he has been sent multiple threatening messages by the Taliban, warning him he would be killed if he did not work with them.

But despite the atrocity, he said he would return to Kabul airport with his family on Friday (local time), as he has done throughout the week. "I try to go to the airport gates so I can speak with (foreign troops) and show my ID and papers to say that I have worked with them, but I have not been successful."

Main entrance to the airport

The deadly attack happened at the Abbey Gate of the airport, which has recently became the main entry point to the airport and primary security there has been provided by US Marines. The area around that gate had been used for holding refugees after they passed through the Taliban checkpoints outside the airport, and before they were allowed to go to the airport.

Thousands of Afghans had been gathering at the airport's gates in recent days in hopes of being evacuated. Footage posted to social media on Thursday after the explosion showed chaotic scenes of crowds trying to help the wounded amid bodies on the ground. Photos showed bloodied people being transported away from the scene in wheelbarrows. 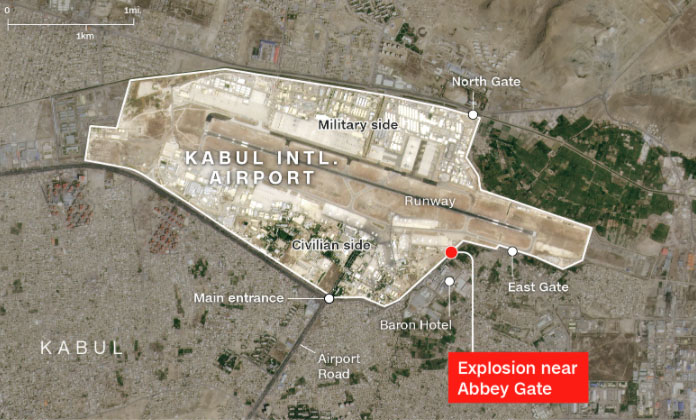 Other witnesses described similar carnage and tragedy. "It was as if someone pulled the ground from under my feet; for a moment I thought my eardrums were blasted and I lost my sense of hearing," a former employee of an international development group with a US special immigrant visa told Reuters on Thursday.

"I saw bodies and body parts flying in the air like a tornado taking plastic bags … into the air. I saw bodies, body parts, elderly and injured men, women and children scattered in the blast site," the man said.

"It is not possible to see doomsday in this life, but today I saw doomsday, I witnessed it with my own eyes."

ISIS in Khorasan, known as ISIS-K, has claimed responsibility for the attack, but provided no evidence to support the claim.

US officials have said the group was likely behind the attack, and President Joe Biden on Thursday announced that he had ordered US military commanders "to develop operational plans to strike ISIS-K assets, leadership and facilities." 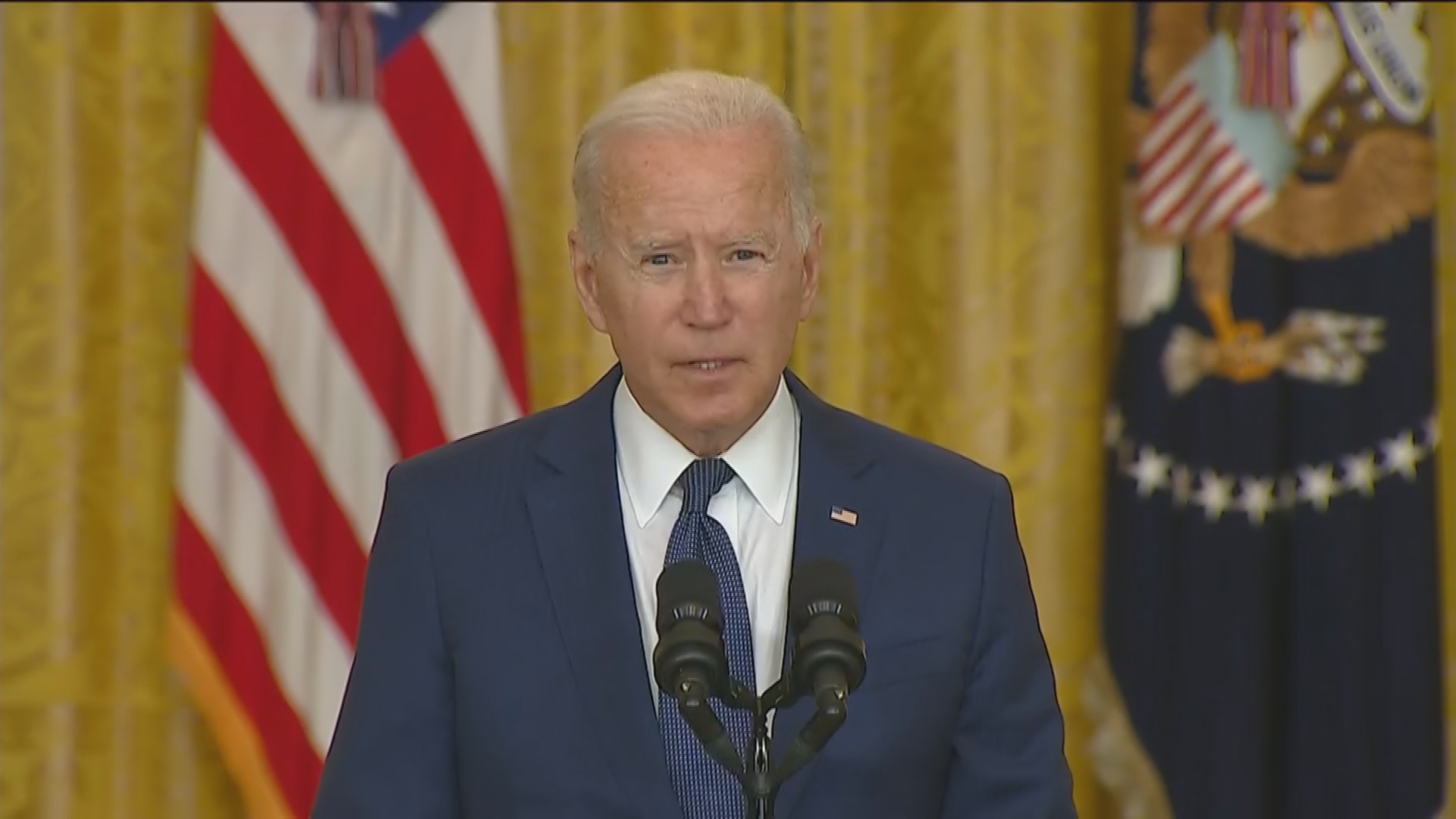 "We will hunt you down and make you pay," Mr Biden said.In previous days, the President had cited the risk of a terror attack among the reasons for getting US troops out of the country by August 31.

The US Embassy in Kabul has warned US citizens to avoid the airport airport. Pentagon officials said they were receiving reports of credible threats to the evacuation effort in Afghanistan and are monitoring those threats "virtually, in real time."

"We still believe there are credible threats. In fact, I'd say specific, credible threats, and we want to make sure we're prepared for those," Pentagon spokesman John Kirby said.