The rate of COVID-19 deaths has increased in 42 US states in the last week, according to new data, as the spread of the more virulent coronavirus Delta variant has upended a spring of reopenings and led to increasing concern headed into autumn.

In 14 states, COVID-19 deaths increased by more than 50 per cent over the past week, while another 28 states saw an uptick of at least 10 per cent, data from Johns Hopkins University on Friday shows.

In Alabama, one of the hardest-hit states in the latest surge, overall hospitalisation numbers continue to climb, driving health officials to use mobile trailers to house bodies because COVID-19 deaths are soaring, state health officer Dr Scott Harris said on Friday.

READ MORE: Warnings of a 'credible threat' at Kabul airport 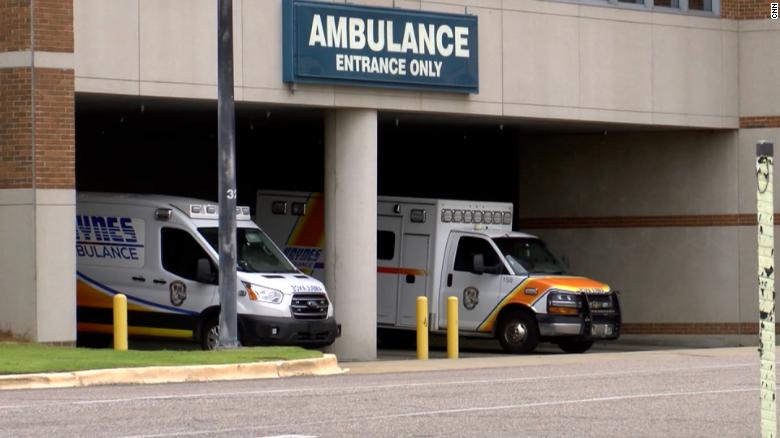 The state activated two of its four refrigerated trailers for the first time since the pandemic began, Dr Harris said, in Mobile and Baldwin counties this week.

"These are typically held in case of a mass casualty event for example, when a large number of bodies appear at one time. This is actually a situation that is happening in Alabama hospitals now," Dr Harris said.

"We have enough people dying … that there is no room to put these bodies," he added. "We are really in a crisis situation. … I don't know how much longer we're going to be able to do this."

At least 5,571 Alabama children tested positive for COVID-19 last week, Dr Harris said on Friday, noting that officials aren't sure where the children contracted the virus. The state currently has a 23 per cent COVID-19 positivity rate, among the highest in the nation, Dr Harris said.

Alabama is seeing a surge in paediatric cases from last year. Of the 2,879 people hospitalised with COVID-19 on Thursday, 45 of them are children, with at least five of them on ventilators.

As Hurricane Ida approaches the Gulf Coast, Louisiana Governor John Bel Edwards said in a Saturday briefing there are 2,450 patients currently hospitalised with COVID-19 across the state, which is a drop of 20 per cent in the past 10 days. 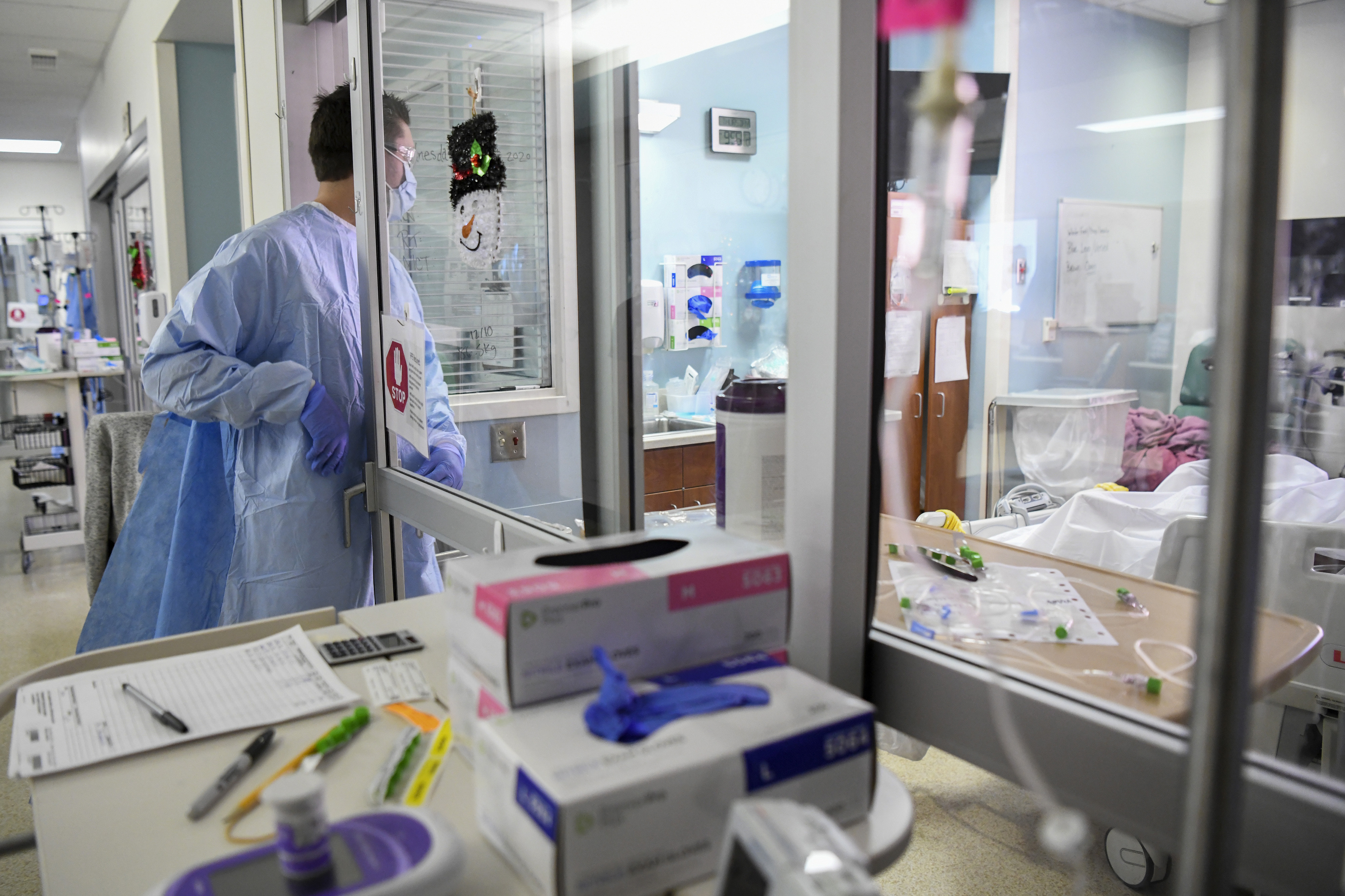 "That's very helpful going into this hurricane, especially since we know that the evacuation of our hospitals is not an option," said Mr Edwards.

More than 475 of those patients are on ventilators, according to data from the state department of health.

Edwards told CNN's Jim Acosta the hospitals have been stocking up on supplies and testing their generators ahead of the storm. FEMA has also brought in additional generators for the hospitals, he added.

"It's going to be a real challenge and we're likely to need some help with respect to our hospitals," the governor said. "And then you have the people who may be injured as a result of the hurricane itself and so we need to make sure we have some capacity for them."

All of the state's parishes are in the highest risk category for coronavirus, with widespread, uncontrolled transmission and many undetected cases, the state health department said.

As many hospitals across the country face a shortage of available beds and staff, there's another concern in the South: a shortage of oxygen.

According to state health officials and hospital consultants, there are several hospitals across Florida, South Carolina, Texas and Louisiana that have experienced oxygen shortages, with some at risk of moving to their reserve supply or even running out of oxygen. 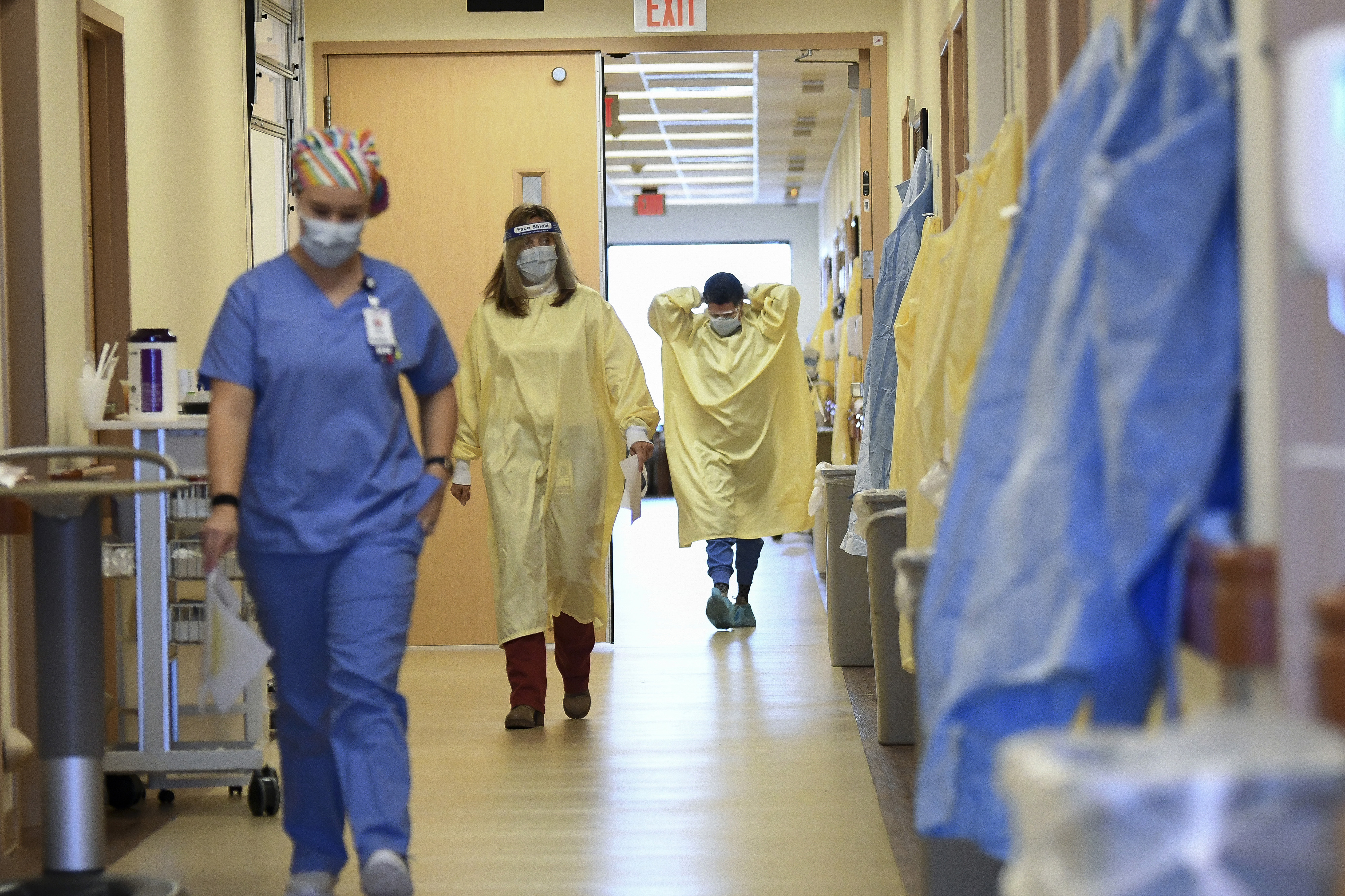 "As COVID has continued to evolve, we have continued to see COVID care best practices continue to evolve, and that in part has been the use of high-flow oxygen versus ventilators," said Donna Cross, senior director of facilities and construction at Premier, a health care performance improvement company.

Dr Cross told CNN that the spike in COVID-19 cases has caused more demand on the oxygen supply and hospitals cannot keep the pace.

All 50 states have high rates of COVID-19 transmission, according to the US Centres for Disease Control and Prevention on Friday, as millions of children who are unable to be vaccinated return to school. The CDC identifies virus transmission to be high when the total new cases per 100,000 people in a seven-day period is 100 cases or more.

Across the country, roughly 32 per cent of people ages 12 to 17 fully vaccinated, adolescents have been tough to vaccinate, but there are some highlights. 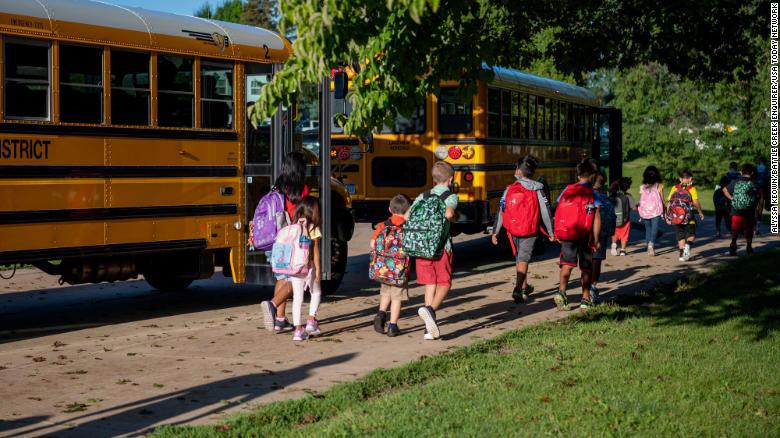 More than 86 per cent of those ages 12 to 17 who received a first dose would later complete their vaccinations, which is necessary for optimal protection against the Delta variant, according to a CDC study.

The study stresses the importance of vaccinating eligible children and young people as schools return.

"Improving vaccination coverage and implementing COVID-19 prevention strategies are crucial to reduce COVID-19-associated morbidity and mortality among adolescents and to facilitate safer reopening of schools for in-person learning," researchers wrote in the study.

Back-to-school season has been devastating to some states and districts that are seeing a distressing number of students contract the virus. Preventative measures such as quarantining are happening nationwide.

In Mississippi, 28,990 students were quarantined between August 16 and 20 after possible exposure to COVID-19, according to data from the state's department of health, up from the 20,334 students who quarantined from August 9 to 13.

It's unclear how many of those are new student quarantines, or students who have had to remain quarantined from the prior week. Schools report numbers, not the names, of those quarantined, according to the department of health.