Hurricane Ida crossed the Gulf of Mexico on track for a potentially devastating landfall on the Louisiana coast Sunday, while emergency officials in the region grappled with opening shelters for displaced evacuees despite the risks of spreading the coronavirus.

The National Hurricane Center predicted Ida could be an extremely dangerous Category 4 hurricane with 209 k/ph winds when it makes an expected afternoon landfall.

READ MORE: 'There is no room to put these bodies': COVID-19 deaths climb in US state Ida was a Category 2 hurricane Saturday night with maximum sustained winds of 168 k/ph. The storm was centred about 375 kilometres southeast of coastal Houma, Louisiana, and was traveling northwest at 26 k/ph.

The storm threatened a region already reeling from a resurgence of COVID-19 infections, thanks to low vaccination rates and the highly contagious delta variant.

New Orleans hospitals planned to ride out the storm with their beds nearly full, as similarly stressed hospitals elsewhere had little room for evacuated patients.

And shelters for those fleeing their homes carried an added risk of becoming flashpoints for new infections.

He also noted shelters would operate with reduced capacities "to reflect the realities of COVID."

READ MORE: Warnings of a 'credible threat' at Kabul airport 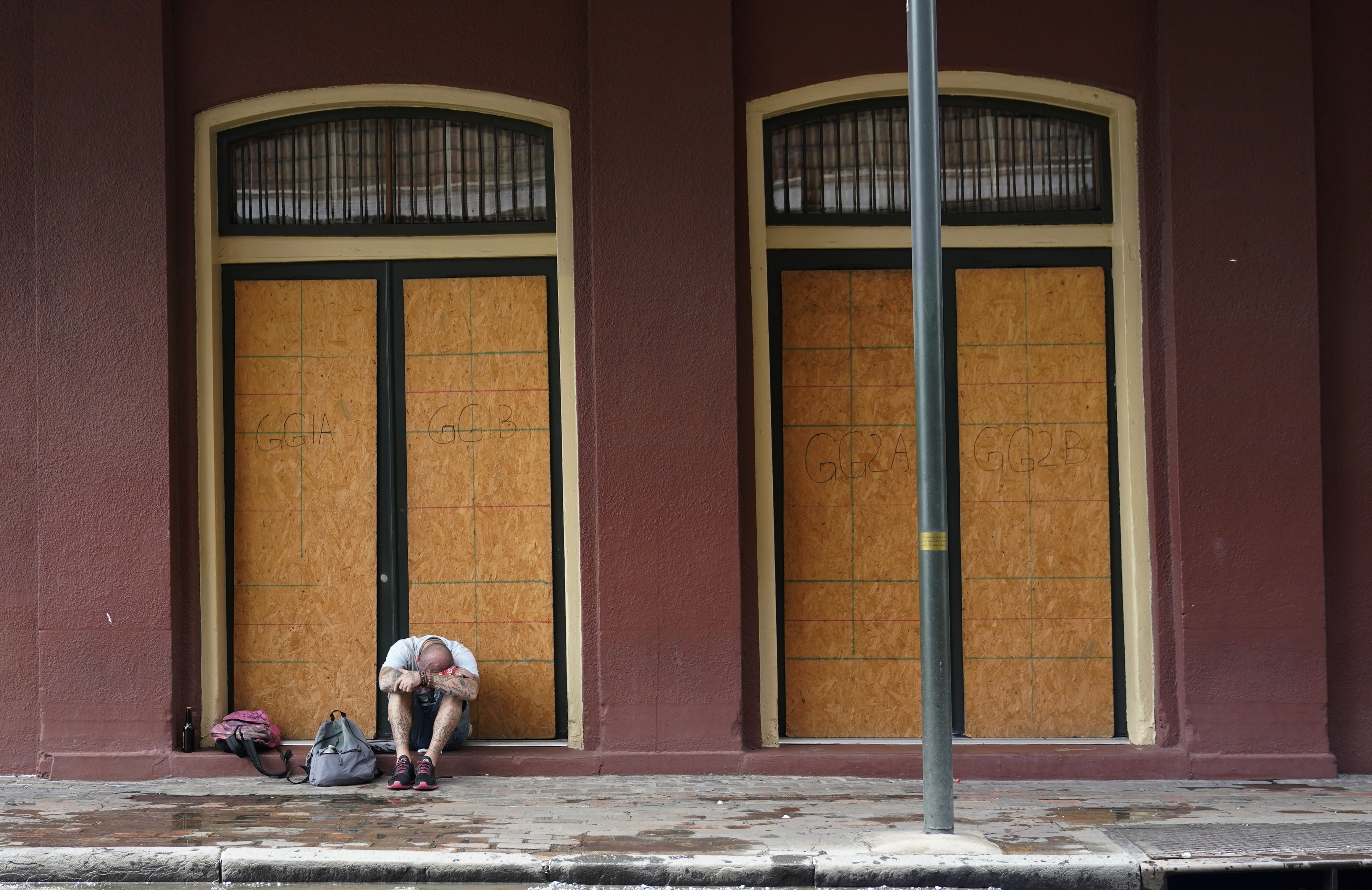 Mr Edwards said Louisiana officials were already working to find hotel rooms for many evacuees so that fewer had to stay in mass shelters. He noted that during last year's hurricane season, Louisiana found rooms for 20,000 people.

"I hope and pray we don't have to do it anywhere near that extent."

In coastal Gulfport, Mississippi, a Red Cross shelter posted signs displaying directions for evacuees along with warnings about COVID-19. With skies still sunny, only a handful of people had shown up Saturday evening.

Shelter manager Barbara Casterlin said workers were required to wear face masks. Evacuees were encouraged to do the same. Anyone who refuses will be sent to an isolated area, she said, and so will people who are sick. 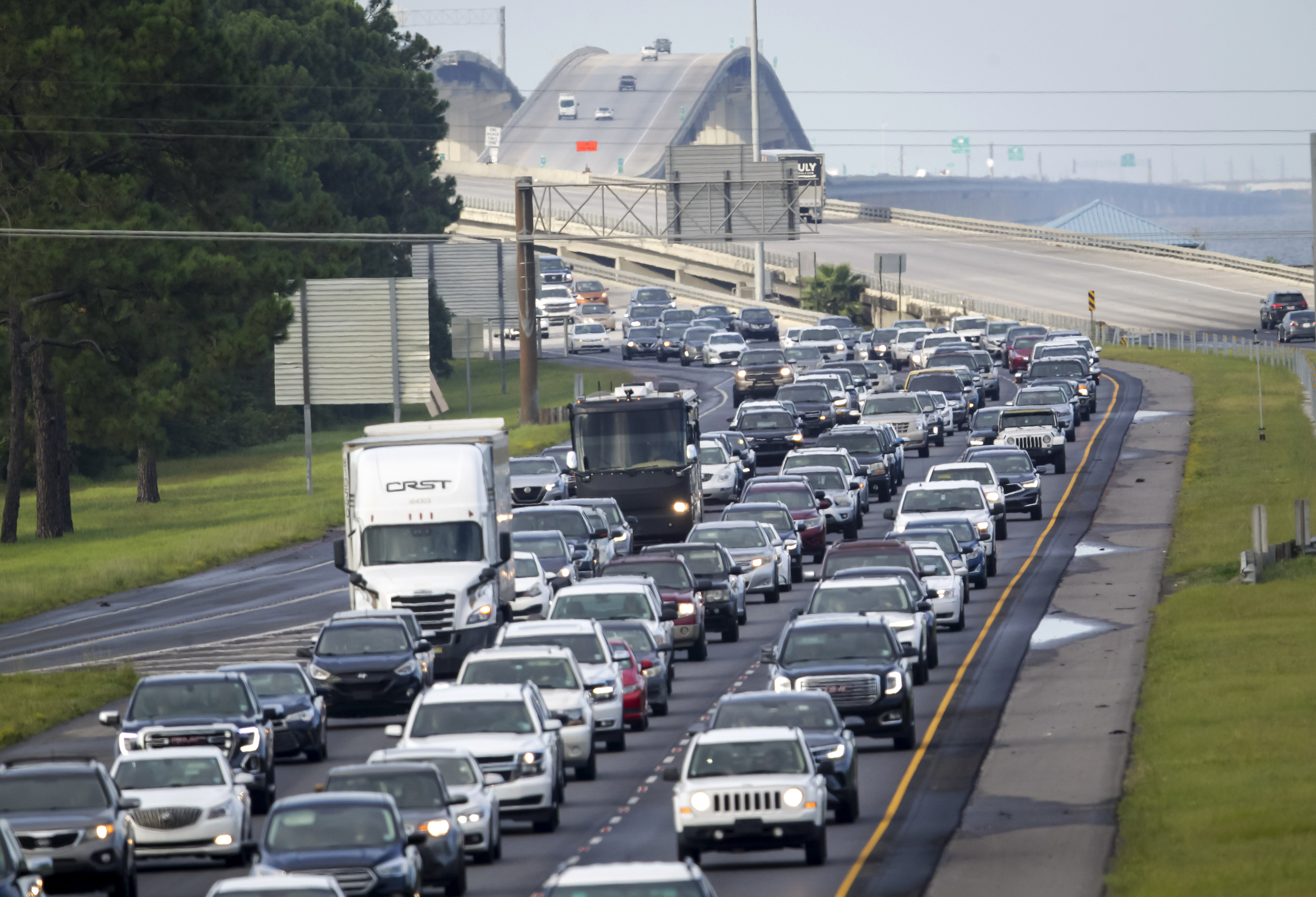 "We're not checking vaccinations," Ms Casterlin said, "but we are doing temperature checks two or three times a day."

US President Joe Biden approved emergency declarations for Louisiana and Mississippi ahead of Ida's arrival.

Comparisons to the August 29, 2005, landfall of Katrina weighed heavily on residents bracing for Ida.

A Category 3 storm, Katrina was blamed for 1800 deaths as it demolished oceanfront homes in Mississippi and caused levee breaches and catastrophic flooding in New Orleans.

Both survived Katrina, and didn't expect Ida to cause nearly as much destruction where they live, based on forecasts.

"Katrina was terrible. This ain't gonna be nothing," Alex Bennett said.

"I hate it for Louisiana, but I'm happy for us." Long lines formed at gas pumps Saturday as people rushed to escape. Trucks pulling saltwater fishing boats and campers streamed away from the coast on Interstate 65 in Alabama, while traffic jams clogged Interstate 10 heading out of New Orleans.

Ida intensified so swiftly that New Orleans officials said there was no time to organize a mandatory evacuation of its 390,000 residents. Mayor LaToya Cantrell urged residents to leave voluntarily. Those who stayed were warned to prepare for long power outages amid sweltering heat.

Officials also stressed that the levee and drainage systems protecting the city had been much improved since Katrina. But they cautioned flooding was still possible with up to 50 centimetres of rain forecast in some areas.

Mr Edwards said 5000 National Guard troops were being staged in 14 Louisiana parishes for search and rescue efforts. And 10,000 linemen were on standby to respond to electrical outages.

Ida posed a threat far beyond New Orleans. A hurricane warning was issued for nearly 320 kilometres of Louisiana's coastline, from Intracoastal City south of Lafayette to the Mississippi state line. A tropical storm warning was extended to the Alabama-Florida line. 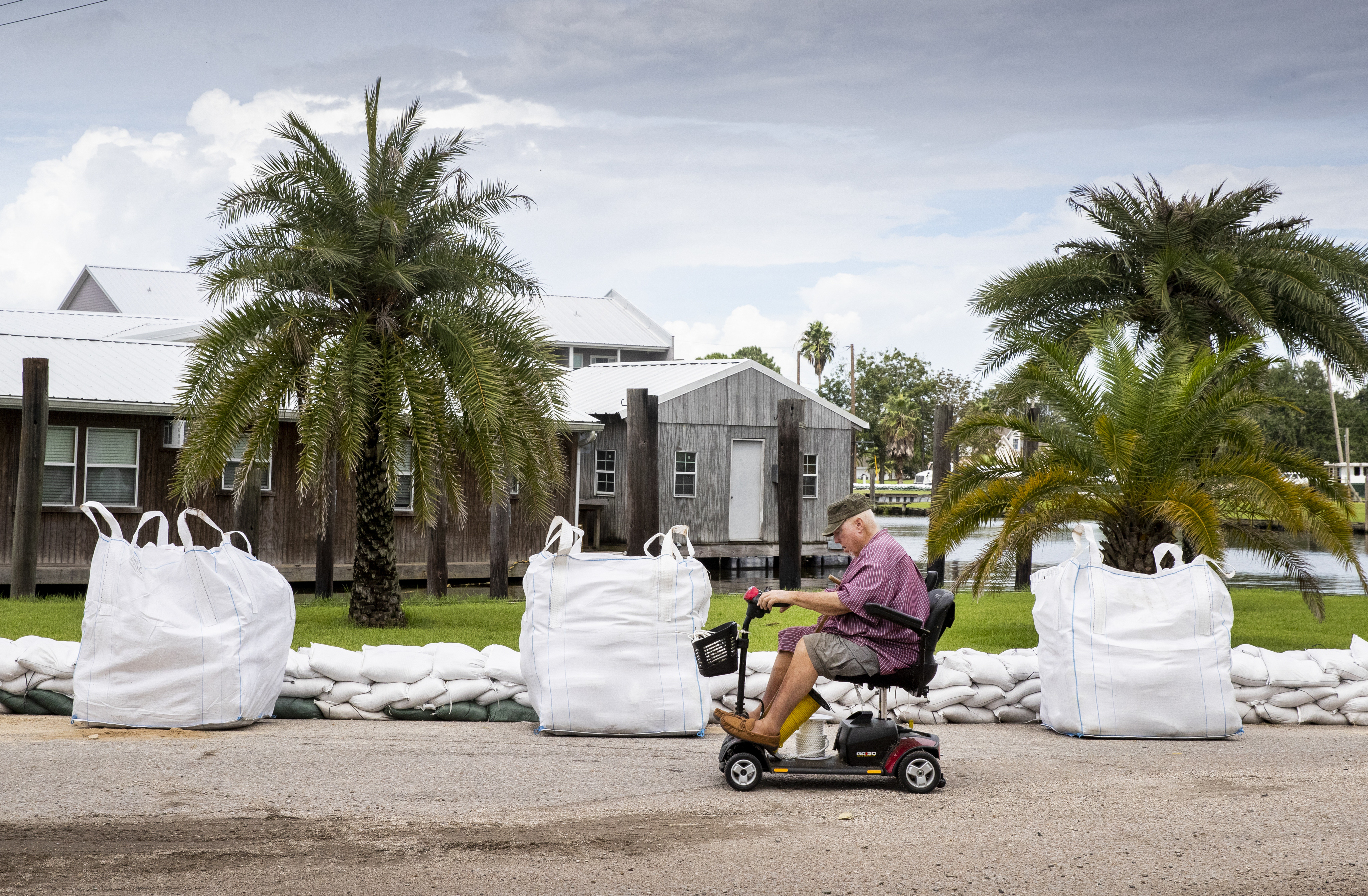 Meteorologist Jeff Masters, who flew hurricane missions for the government and founded Weather Underground, said Ida is forecast to move through "the just absolute worst place for a hurricane."

The Interstate 10 corridor between New Orleans and Baton Rouge is a critical hub of the nation's petrochemical industry, lined with oil refineries, natural gas terminals and chemical manufacturing plants.

A US Energy Department map of oil and gas infrastructure shows scores of low-lying sites in the storm's projected path that are listed as potentially vulnerable to flooding.