Dozens of truck drivers are leading a protest on the Gold Coast this morning, demanding the mandatory coronavirus vaccine for essential workers be scrapped.

The rally is taking place at Reedy Creek and is progressing in a convoy heading south towards the New South Wales border.

Traffic was heavily affected with some delays in place southbound due to the protest action, with several trucks stopping in the middle of the M1 causing a blockade.

READ MORE: Pfizer eligibility expanded to include all Australians 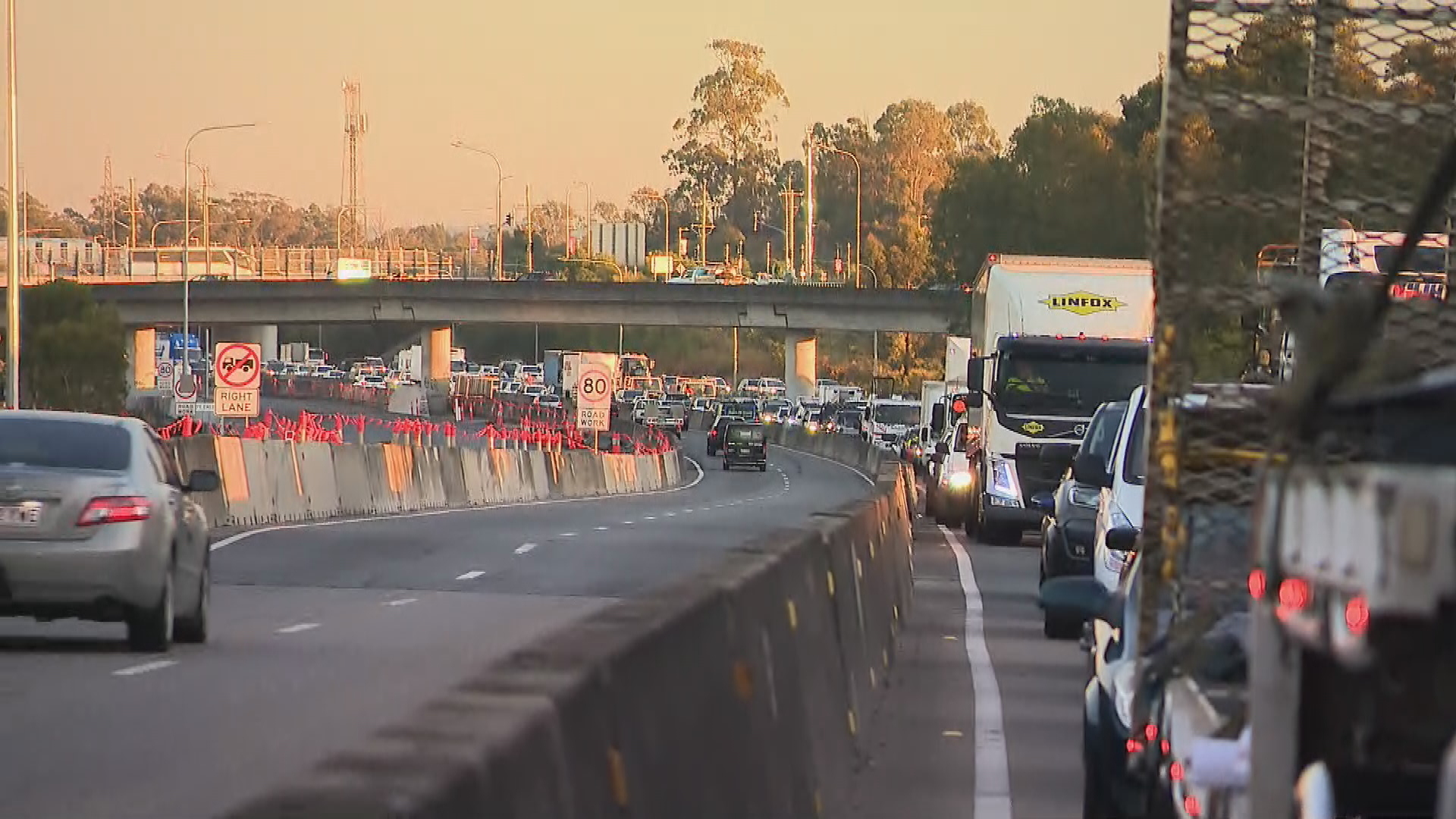 Police are on the scene and traffic was stretching back at least four kilometres.

Truck drivers are calling for borders to reopen and the COVID-19 jab to be made voluntary.

Under the current rules, only those essential workers who have been vaccinated are allowed to cross the border. 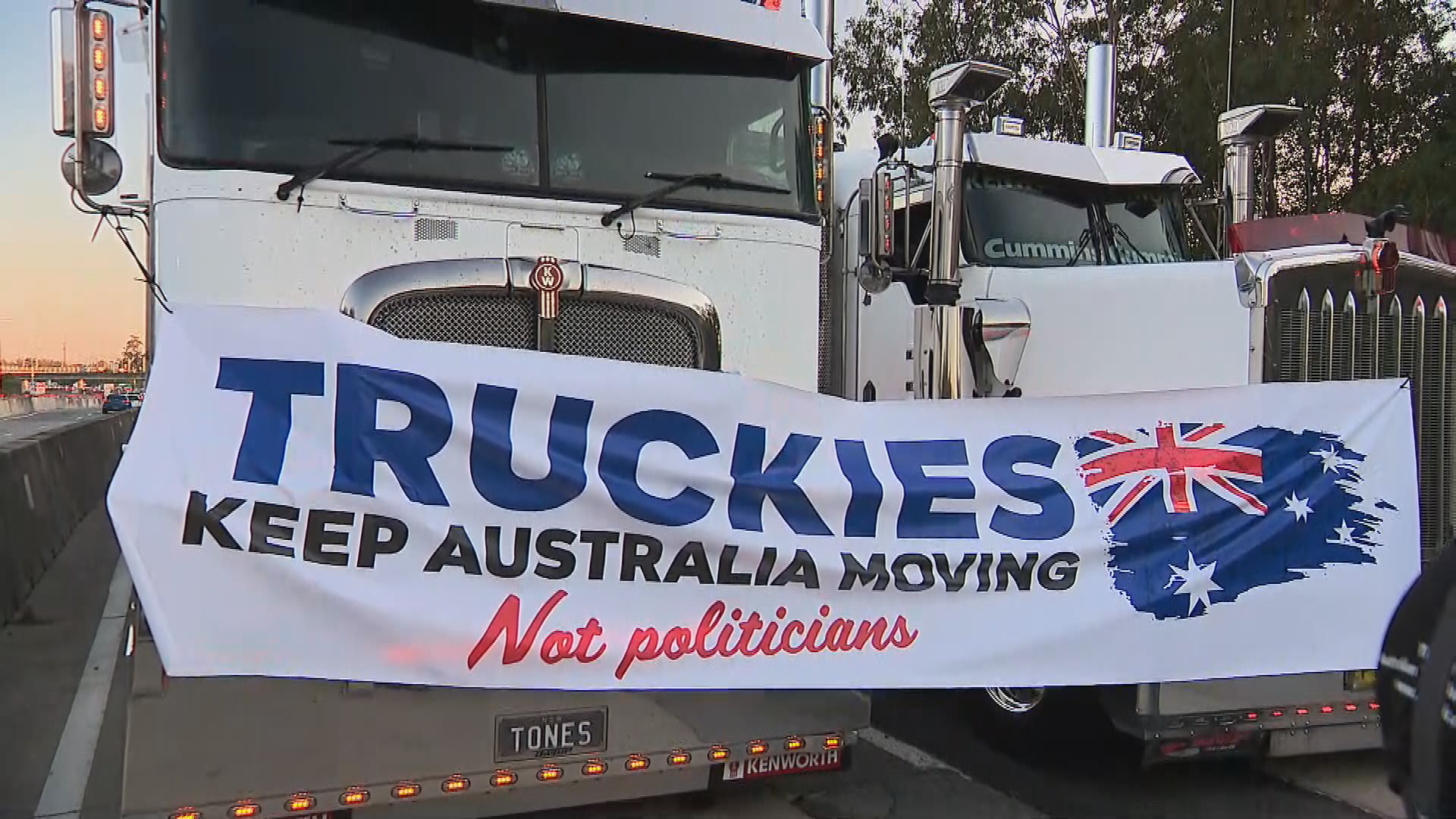 One of the drivers taking part in the action told Today they want an end to the lockdowns.

"(We want) People go back to work. Kids go back to school. That cease what we want out of it. We've had enough of it," the driver, known only as Brock, said.

"It's all about choice at the end of the day. You know, if you don't want to get the vax, don't. If you do want it to get it, get it. But don't keep locking up people." 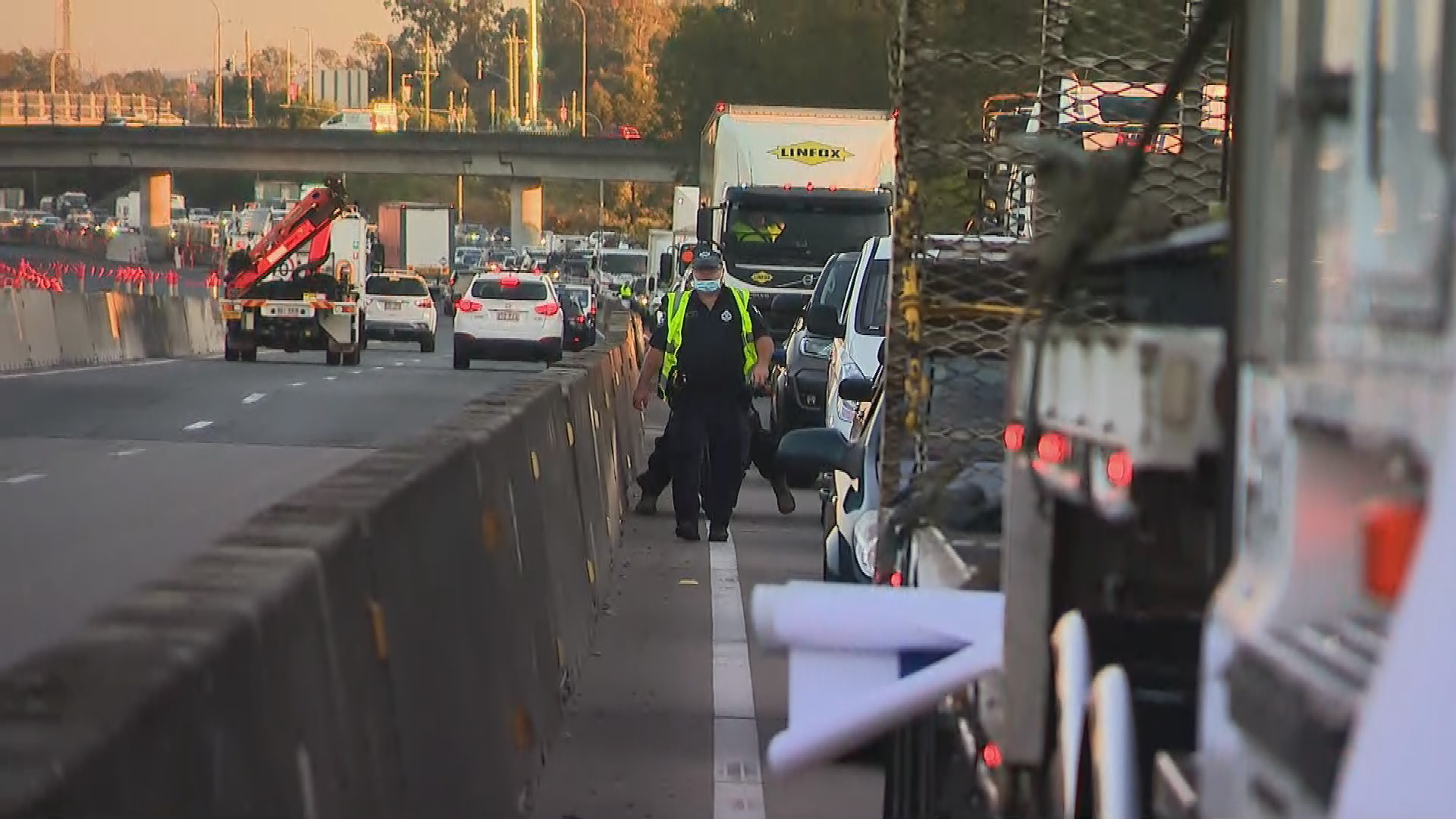 Federal Employment Minister Stuart Robert told Today he felt sympathy for the drivers but disagreed with their methods. 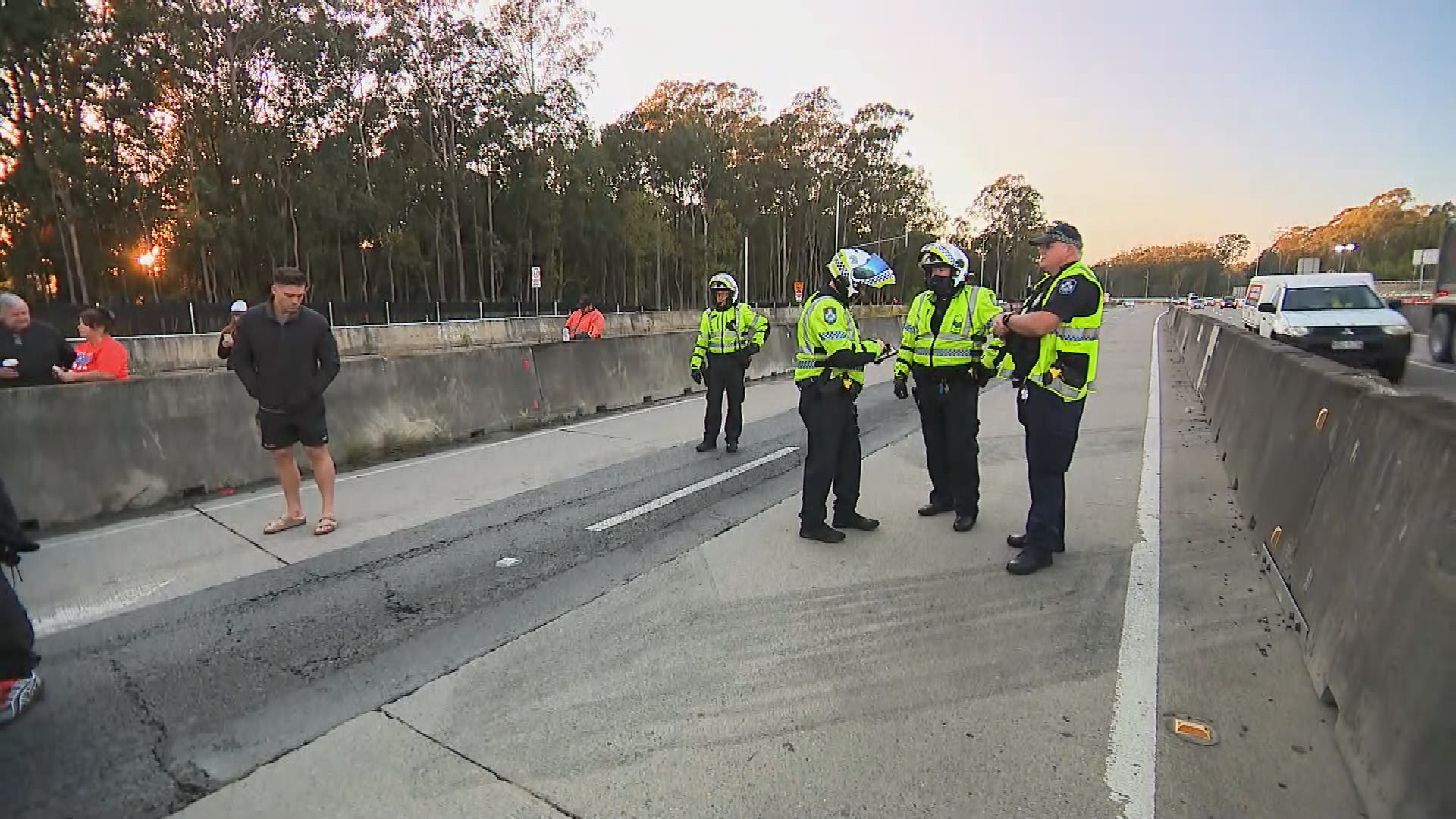 "Truckies are important but if you want to make a point, great. Make the point, but don't inconvenience thousands and thousands of people," Mr Robert said.

"That's why we have the National Plan, a national plan equals a national hope and gives us a road map that we can see, that's why it's so important to us all.

"We are so close, we can see ourselves getting there. And truckies are important. I get it.

"But we have to get stuff moving and we know truckies move around the place. And we know public health is really important at the same time."