A father from Sydney's south west has described fearing he was close to death "many times" while battling COVID-19, an illness both his young family have also contracted.

Hussein Taha has COVID-19, as does his wife and their toddler son.

"I reached death many times," Mr Taha said in a video message from his home where he is looking after his young son while his wife is battling the virus in hospital.

"She is struggling to breath and my three-and-a-half (year-old) has a temperature… it's not easy." 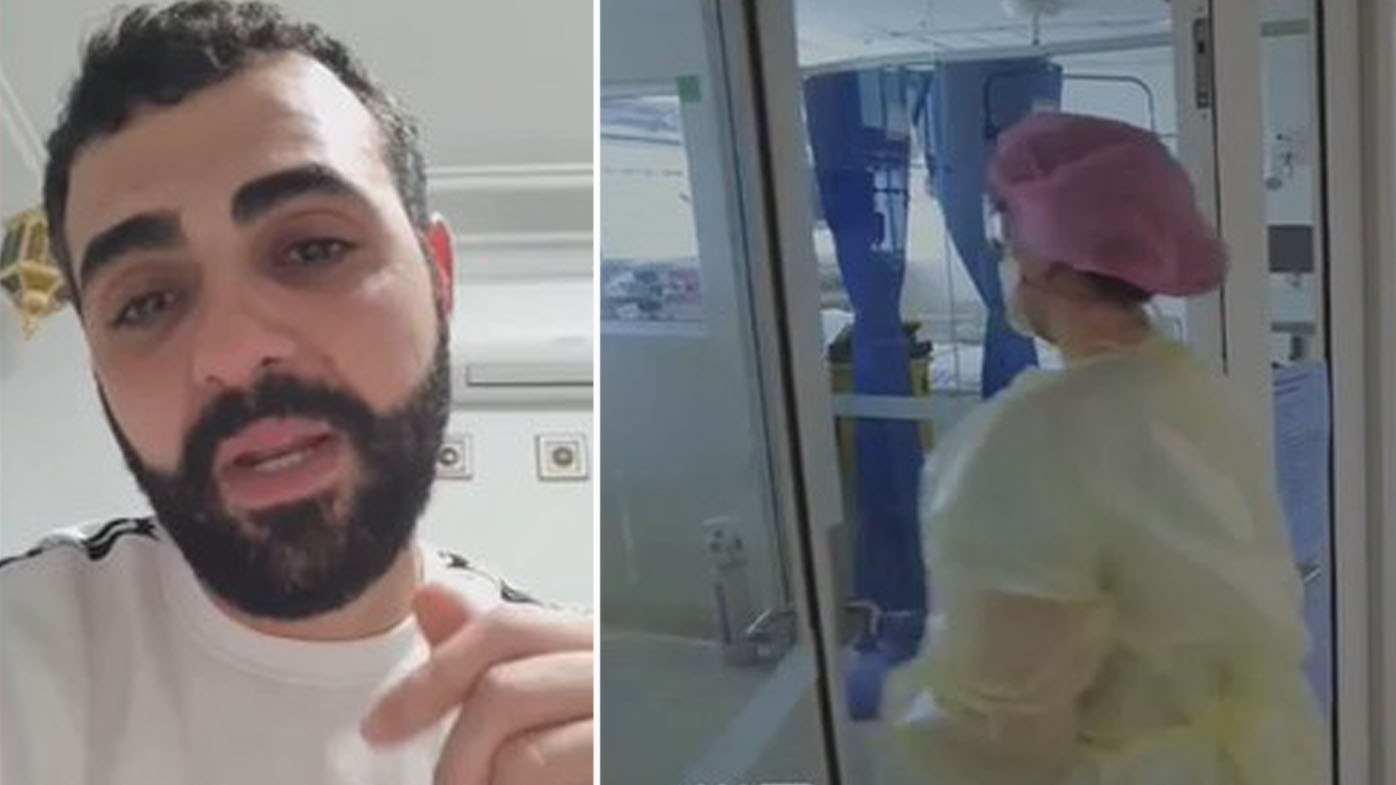 His sister is in intensive care with COVID-19 and her husband and son have it.

He claims he knows the couple he caught it from.

"They were infectious four to five days… didn't reveal it because they don't believe in corona," he said.

Mr Taha is furious. So is Michelle Rosentreter, a senior ICU nurse at a major Sydney hospital.

"The complacency of the community and those who say it's not real. It's just so disrespectful," Ms Rosentreter said.

She said ICUs across Sydney were understaffed before COVID-19 and now are under enormous pressure.

Premier Gladys Berejiklian said the majority of the cases were in Sydney's south-west and west.

Ms Berejiklian said four of them were unvaccinated and two of them had had one dose of the COVID-19 vaccine.