Australian bushrangers have a habit of conjuring romantic reputations after their desperate careers.

From Ned Kelly to Captain Thunderbolt, the English tradition of the dashing highwayman was transplanted to the Australian scrub with the colonists, posthumously polishing a number of truly violent criminals to a folk-hero shine.

But as large as Ned's helmeted shadow looms over colonial folklore, even he was hard-pressed to match a character largely forgotten now, whose execution was accompanied by tears and pleas for leniency, and who spent his last days in a jail cell surrounded by gifts of food and wine.

GALLERY: What our Aussie cities used to look like 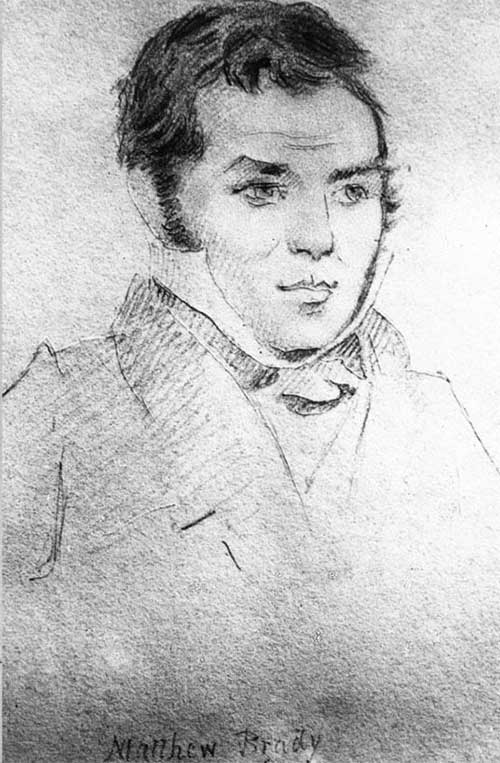 "Gentleman" Brady, they say, died more like a martyr than a killer. But he was certainly the latter.

Matthew Brady and his gang were one of colonial Tasmania's early outlaw scourges, roaming the countryside of what was then still called Van Diemen's Land from 1824-1826, some 60 years before Kelly's execution placed an emphatic full-stop on the bushranger era.

Brady's reputation gave rise to his nickname. He was supposedly a courteous man, unfailingly polite to women and swiftly retributive towards any of his gang who behaved otherwise.

Though it has been speculated that Brady was nobly born or at least well-educated, the Australian Dictionary of Biography, as published by Australian National University, reports a more prosaic origin story. Matthew Brady was born in 1799 in England and in 1820, was sentenced to seven years' transportation for stealing a basket, some butter, bacon, sugar and rice.

Brady spent four years as a convict, first in New South Wales and then in Van Diemen's Land. In this time he suffered a total of 350 lashes for repeated escape attempts and other misdemeanours.

It's reported that at the same time, he developed a perhaps unsurprising dislike of "redcoats", or soldiers. 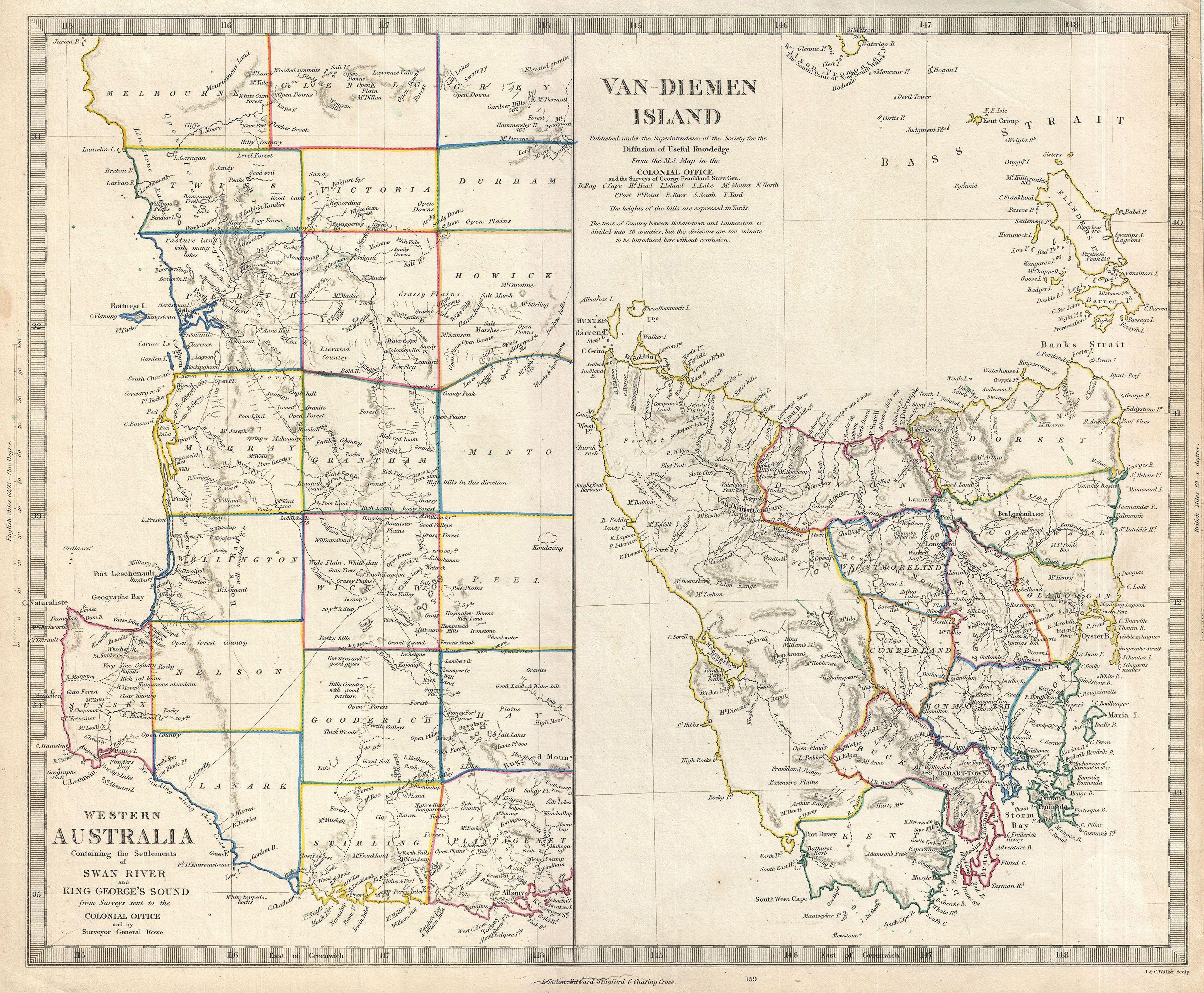 In 1823, with a reputation as a troublesome individual, Brady was sent to the new penal station of Macquarie Harbour in Van Diemen's Land, a destination for repeat offenders.

Finding the conditions here even less to his liking, Brady and a group of fellow inmates contrived to escape their bondage in 1824, taking a boat and fleeing around the south coast to the Derwent River.

Prospects being slim for escaped convicts, Brady and his followers spent the next two years as bushrangers, fighting a number of battles with soldiers and robbing homesteads. Their most famous exploit was the capture of the town of Sorrell, when they disarmed the garrison (one soldier was wounded and later had to have his arm amputated) and took control of the settlement for the night. 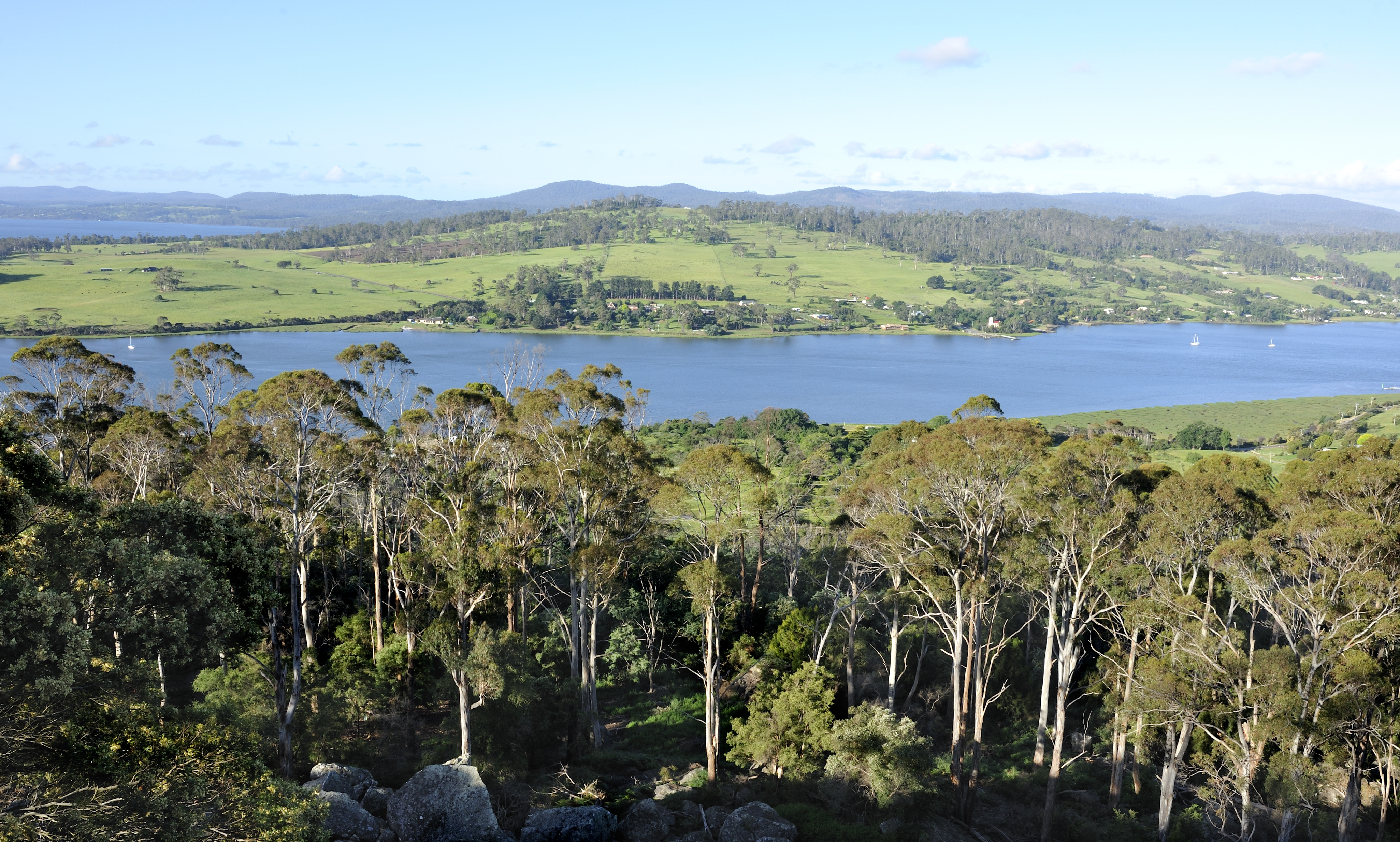 It was this incident that prompted Lieutenant Governor George Arthur to post a reward for Brady's capture. Initially £25, it grew to £100 – or 300 acres of land. In turn, Brady posted a bounty on Sir George, promising "20 gallons of rum" to anybody who could bring him to the Gentleman.

Audacity aside, Brady remained a criminal. The only known murder of his career – outside of gun battles with troopers – came in March, 1826. Reports at the time stated that Brady had previously been lured into a trap by settler Tom Kenton and even briefly captured, before escaping. Kenton paid for that with his life when Brady paid him another visit.

Days after that killing, Brady, perhaps thinking the island had become too hot for him, captured a boat the gang intended to sail to the Australian mainland. Clement weather might have meant a new start for the bushrangers, but Bass Strait was stormy, and the gang was forced to turn back – thereby sealing their doom.

Part of the longstanding reward for Brady's capture had been a pardon for any convict who effected it, and authorities even induced "escaped" convicts to join the gang with a view to betraying the renegade later. Ultimately it was a gang member named Cowan who saw which way the wind was blowing, and he elected to turn on his boss. 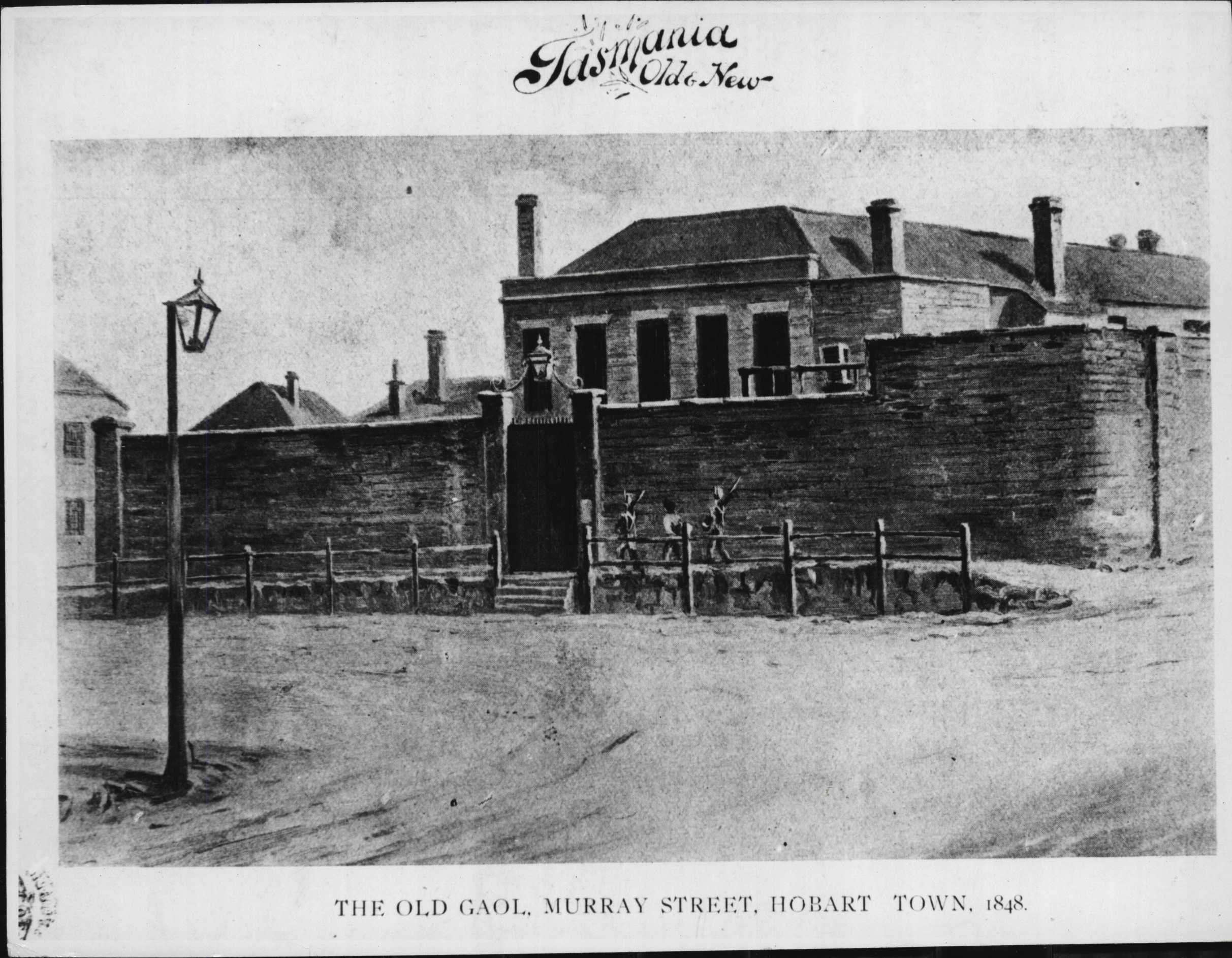 Thanks to Cowan's secret information, a troop of 14 soldiers and four armed prisoners were able to bring Brady's gang to bay south of Launceston. It was the gang's last battle – the outlaws broke and fled, while Brady was wounded in the leg.

He nonetheless managed to escape with four compatriots, before he was caught by none other than Batman.

Well, John Batman, anyway – a grazier, bushranger hunter and founder of Batmania on the Victorian coast, a settlement that would become Melbourne.

Batman caught up with the injured Brady, now alone, on April 1, 1826. Calling on him to surrender, Batman identified himself.

The exact words of Brady's response are disputed but they appear to be well-in keeping with his reputation. "My time is come," he is reported to have said. "I yield to you because you're a brave man."

Batman delivered Brady to jail in Launceston on April 27. Brady and another captured member of his gang, Patrick Bryant, pleaded guilty to horse theft and to the murder of Thomas Kenton.

Brady and Bryant were transferred to Hobart to await execution. Brady's reputation preceded him, and there was a flood of gifts to him in his cell – wine, flowers, and other treats, supposedly chiefly from the women of the colony.

Petitions to avert Brady's execution were unsuccessful, and he went to the gallows alongside four other bushrangers, including Bryant, on May 4, 1826, just 26 or 27 years old.

The crowds who gathered to watch refused to cheer at Brady's execution, while he – perhaps determined not to depart without some final gesture – made it known he was not happy to be hanged alongside one of his gallows-mates, Thomas Jeffries.

Jeffries was a killer, a cannibal, and a violent sexual offender. Brady had good reason to be well-acquainted with Jeffries' crimes – the latter had run with Brady's gang for a while before the Gentleman kicked him out due to his loathsome behaviour towards women. 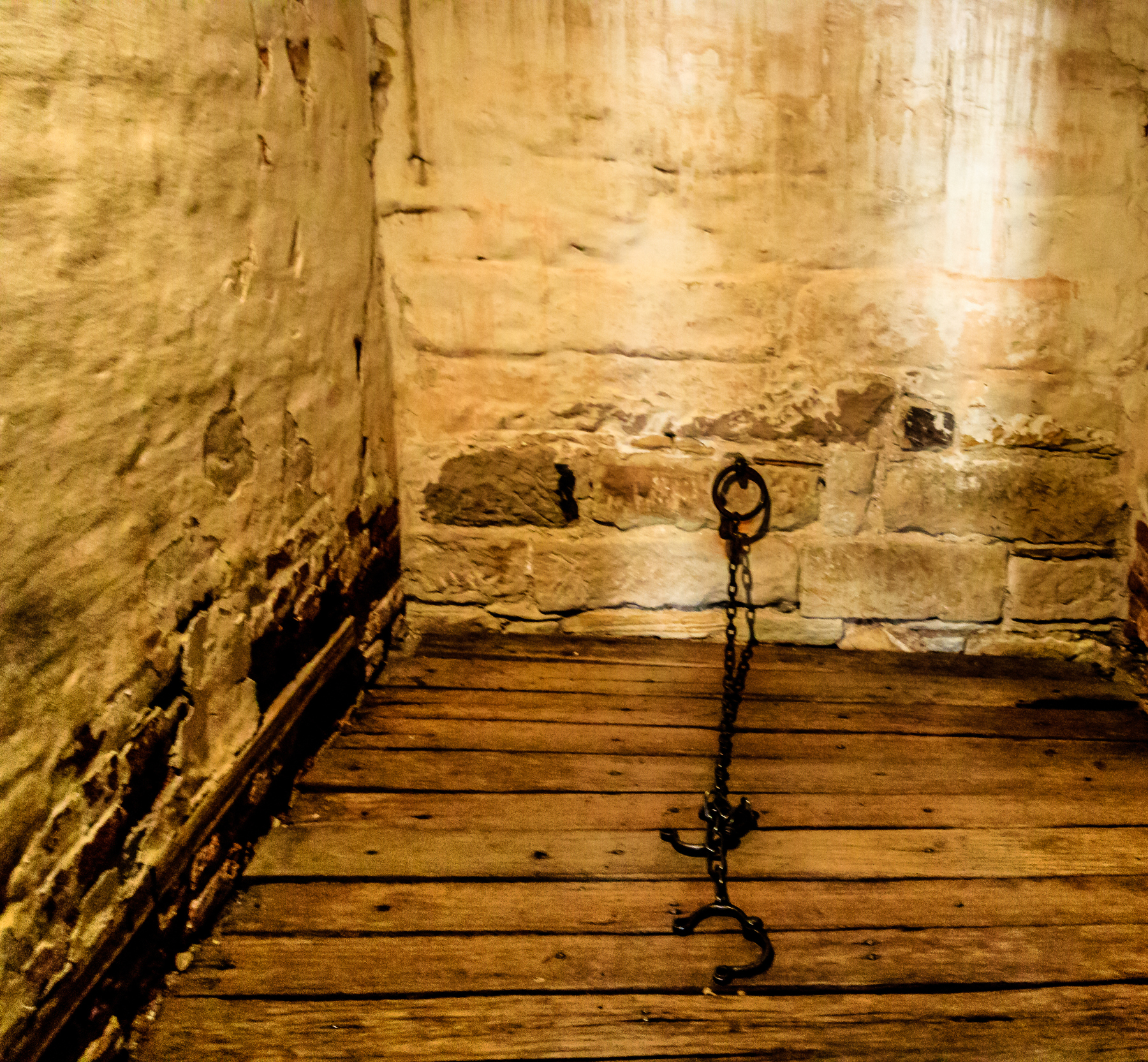 Additionally, Jeffries – also apprehended by Batman, though some months before Brady's capture – had turned informant in custody, news of which supposedly enraged Brady so much that he had to be talked out of breaking Jeffries out of jail purely to kill him.

Brady's public distaste for the man notwithstanding, they were hanged together. Brady was buried in the Old Roman Catholic Cemetery in Hobart.

Gentleman Brady's renown has diminished, but in his time he was recognised as the most notorious bushranger among the hundreds that plagued Tasmania in the 1820s. A popular picnic spot overlooking the Tamar River, Brady's Lookout, still bears his name.