Italian firefighters have battled a high-rise blaze in Milan that spread rapidly through a 20-story residential building and poured black smoke into the air.

Mayor Giuseppe Sala said there were no reports of injuries or deaths, but that firefighters were kicking down doors, apartment by apartment, to make sure there were no victims. "We are sure that there was time to get out, but until the controls are finished, we cannot be entirely sure," Mr Sala told reporters at the scene.

He said about 20 people were evacuated without incident.

The 60-metre tall building, part of a recent development project, was designed to look like the keel of a ship and included an aluminium sail on its roof, which burned and fell to the street in pieces. A huge plume of black smoke rose from the reinforced concrete building named the Torre dei Moro and was visible for kilometres.

Flames continued to burn inside nearly three hours after a dozen fire trucks and ambulances responded to the alarm.

One firefighter told the Corriere della Sera newspaper that the blaze was still limited when they arrived and firefighters were able to get residents out. 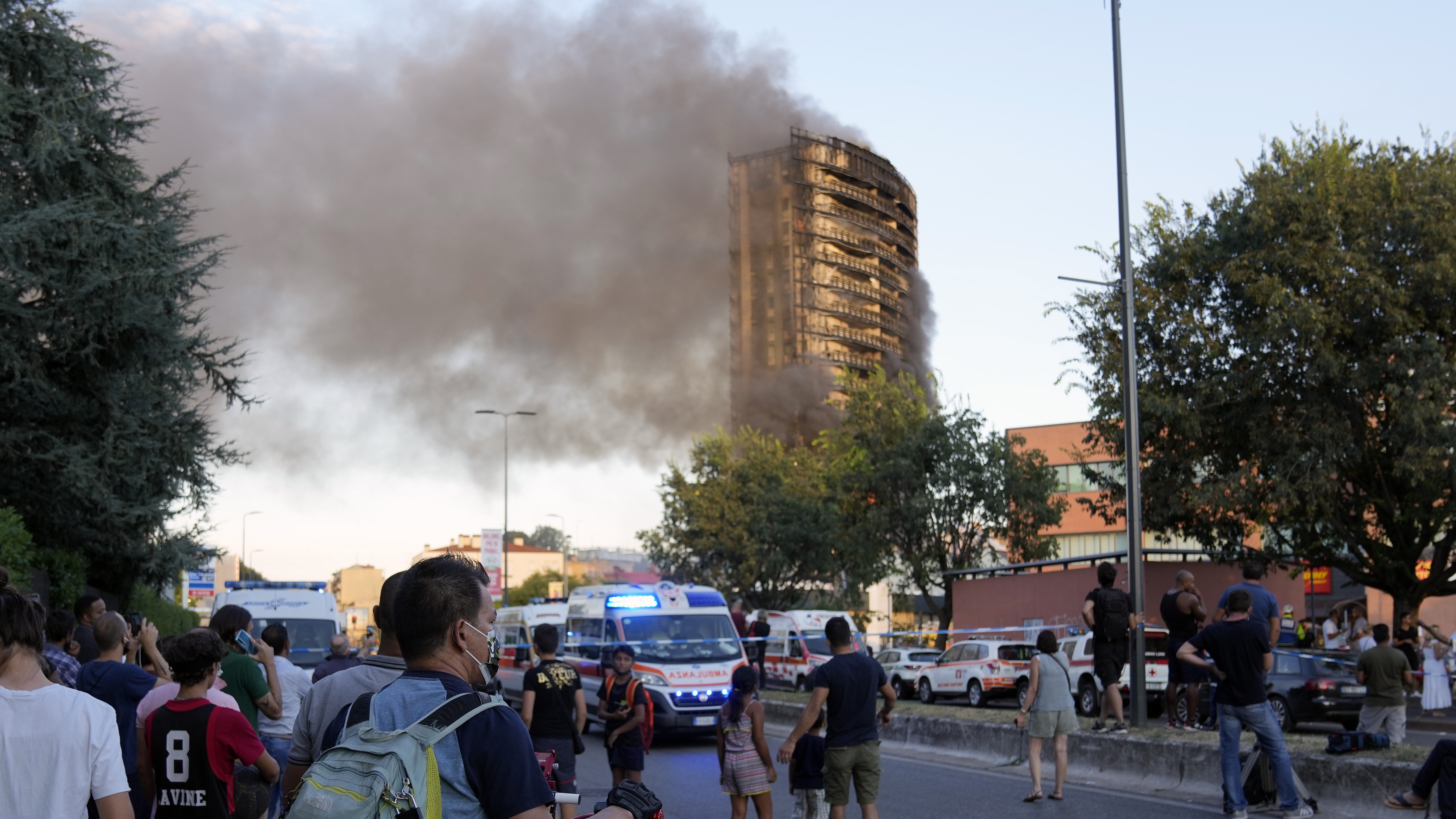 Within an hour, the flames had spread from the 15th floor, where the fire appears to have started, quickly devouring the entire facade of the building.

Unidentified residents told Corriere that the panels on the facade were supposed to have been fire-resistant. 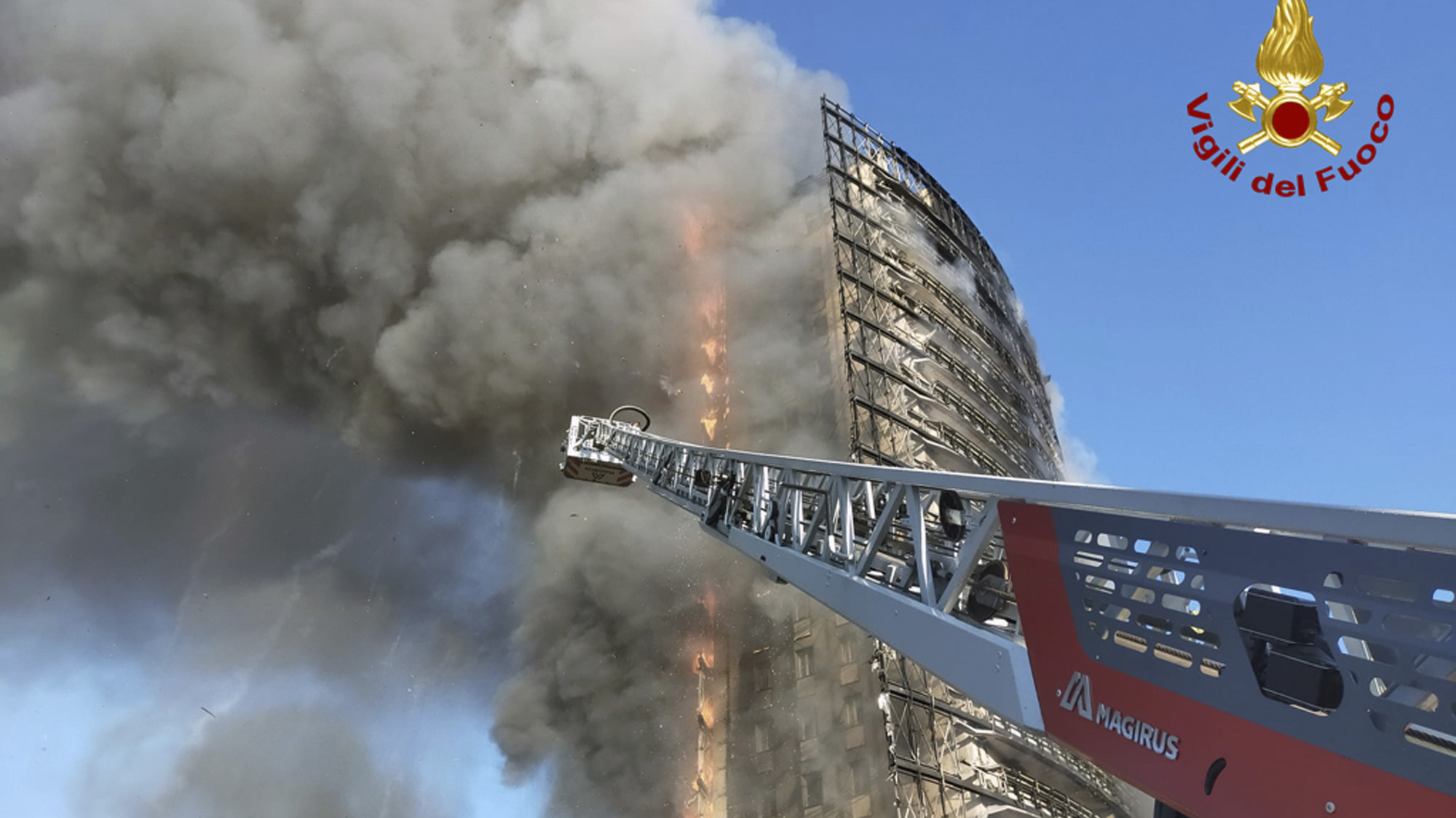 Plans for the project say it has 16 residential floors plus two underground.