America's longest war has ended after 20 years as the last US troops depart Afghanistan, concluding a final, frantic airlift.

General Kenneth McKenzie. commander of US Central Command, announced the completion of US withdrawal during a Pentagon news conference.

"I'm here to announce the completion of our withdrawal from Afghanistan and the end of the mission to evacuate American citizens, third country nationals and vulnerable Afghans," General McKenzie said.

"The last C-17 lifted off from Hamid Karzai International Airport on August 30, this afternoon. at 3.29pm East coast time, and the last manned aircraft is now clearing the space above Afghanistan." 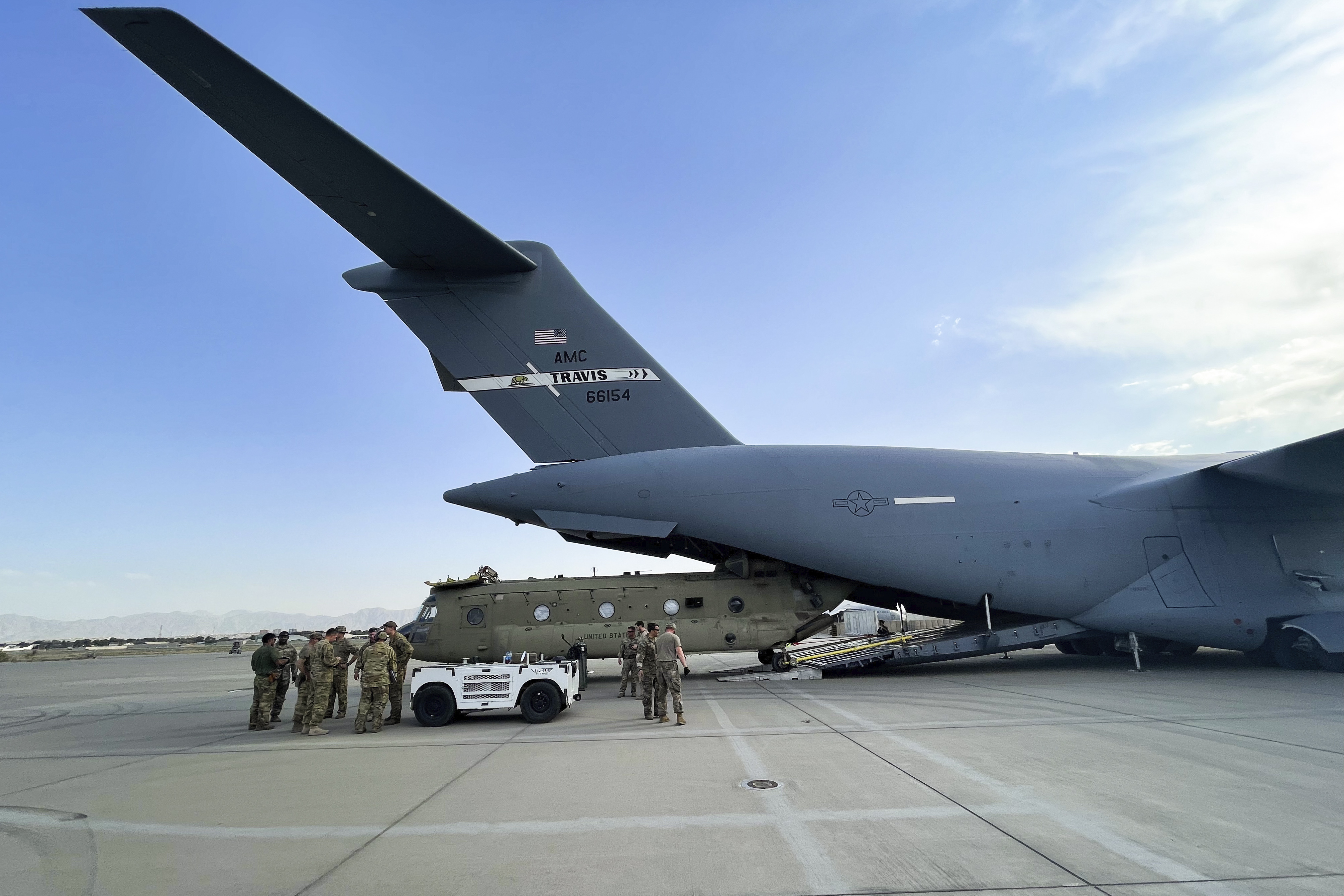 Islamic State militants had fired a volley of rockets at Kabul's rapidly emptying international airport during Monday, with just hours left before a deadline for US forces to withdraw.

US military cargo jets came and went despite the rocket attack, which did not hurt anyone. The Taliban released a video shot from the airport's grounds, saying the Americans had removed or destroyed most of their equipment and that troop numbers were far lower.

"It looks like today will be the last day," one of the unidentified fighters said.