Hurricane Ida has knocked out power to all of the United States city of New Orleans and inundated coastal Louisiana communities on a deadly path through the Gulf Coast.

The Hurricane became a tropical storm as its top winds slowed over Mississippi on Monday, while across south-east Louisiana residents waited for daylight to be rescued from floodwaters and see how much damage was caused by one of the most powerful hurricanes ever to strike the US mainland.

All of New Orleans lost power about sunset on Sunday (mid-morning Monday AEST), leading to an uneasy night of pouring rain and howling winds. 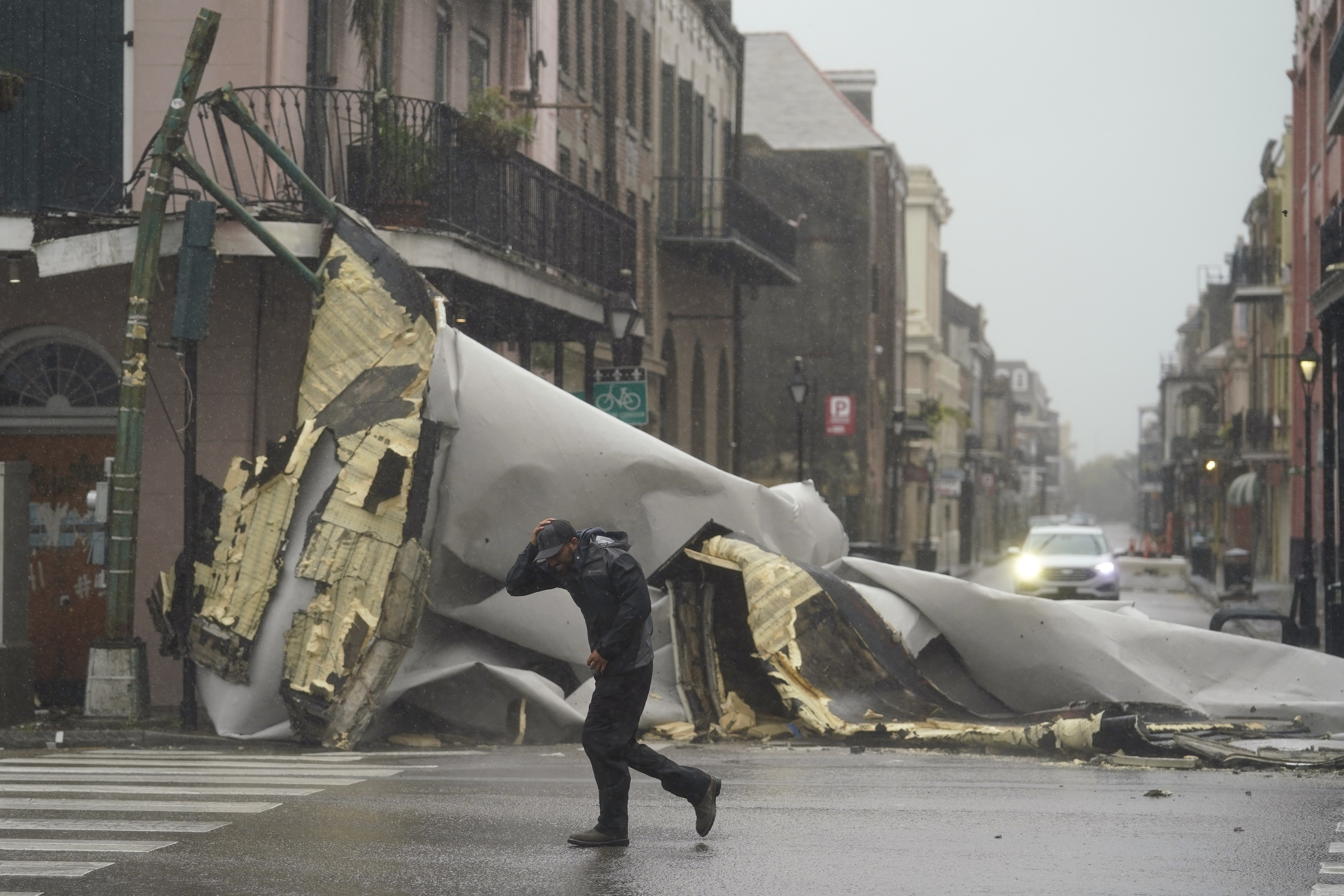 The weather died down shortly before dawn and people began carefully walking around neighbourhoods with flashlights, dodging downed light poles, pieces of roofs and branches.

Levees failed or were overtopped in the maze of rivers and bayous south of New Orleans, threatening hundreds of homes.

On social media, people posted their addresses and locations — directing search and rescue teams to their attics or rooftops.

Officials promised to start the massive rescue effort as the weather broke and the sun rose.

The torrential rains mostly moved into Mississippi on Monday as the storm slowly moved north. 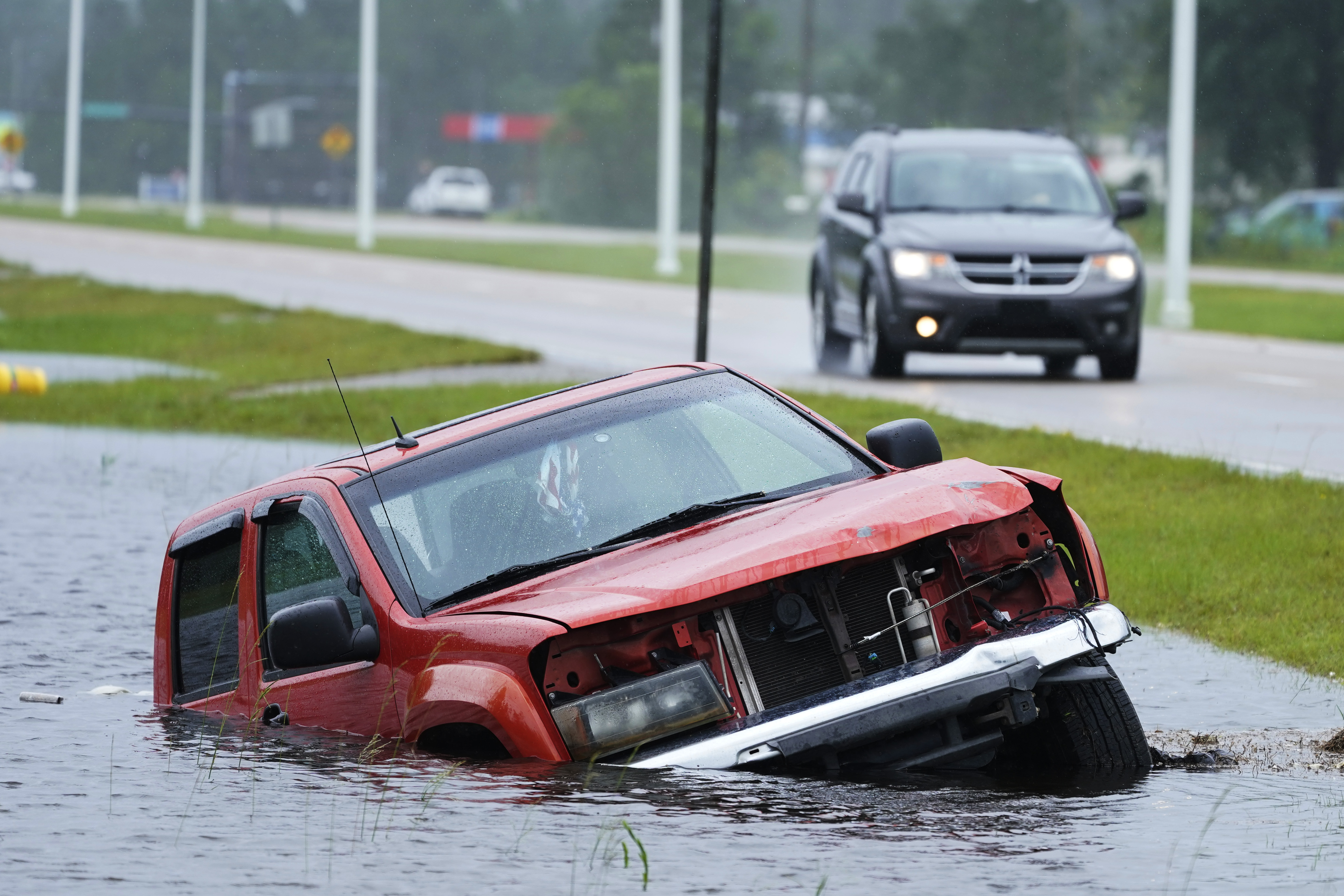 Ida made landfall on the same day that Hurricane Katrina 16 years earlier ravaged Louisiana and Mississippi and its 230km/h winds tied for the fifth-strongest hurricane to ever hit the mainland.

It was already blamed for one death, someone hit by a falling tree in Prairieville, outside Baton Rouge, deputies with the Ascension Parish Sheriff's Office confirmed on Sunday.

More than a million customers in Louisiana and Mississippi were without power according to PowerOutage.US, which tracks outages nationwide, increasing their vulnerability to flooding and leaving them without air conditioning and refrigeration in sweltering summer heat. 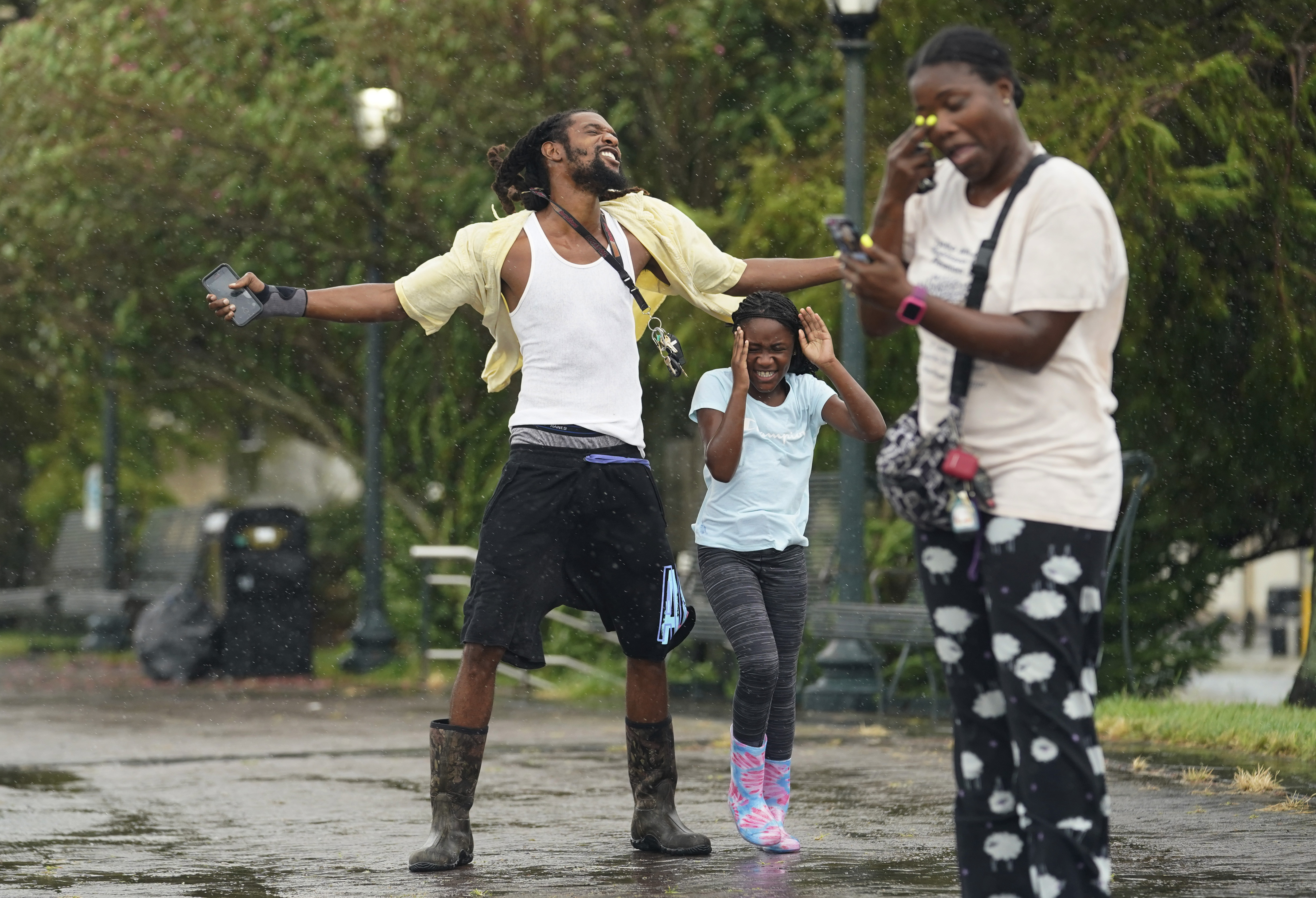 Entergy confirmed that the only power in New Orleans was coming from generators, the city's Office of Homeland Security and Emergency Preparedness tweeted, citing "catastrophic transmission damage".

The city relies on Entergy for backup power for the pumps that send storm water over the city's levees. The system is much-improved since Katrina, but Ida is posing its biggest test since that disaster.

Anyone needing emergency assistance was urged to go to their nearest fire station or approach their nearest officer, the New Orleans Emergency Communications Centre tweeted. Its top sustained winds were 97km/h early on Monday, and forecasters said it would rapidly weaken while still dumping torrential rain over a large area.

The storm was centred about 155km south-southwest of Jackson, Mississippi, moving north at 13km/h.

The rising ocean swamped the barrier island of Grand Isle and roofs on buildings around Port Fourchon blew off as Ida made landfall.

The hurricane then churned through the far southern Louisiana wetlands, swirled over the state's petrochemical corridor and threatened the more than 2 million people living in and around New Orleans and Baton Rouge.

Officials said Ida intensified into an extremely powerful hurricane too quickly over the Gulf of Mexico to organise a mandatory evacuation of New Orleans' 390,000 residents.

Many didn't have enough gas and hotel money, transportation or other resources needed to flee.

Hospitals also had no choice but to hunker down, counting on generators to keep COVID-19 patients alive. 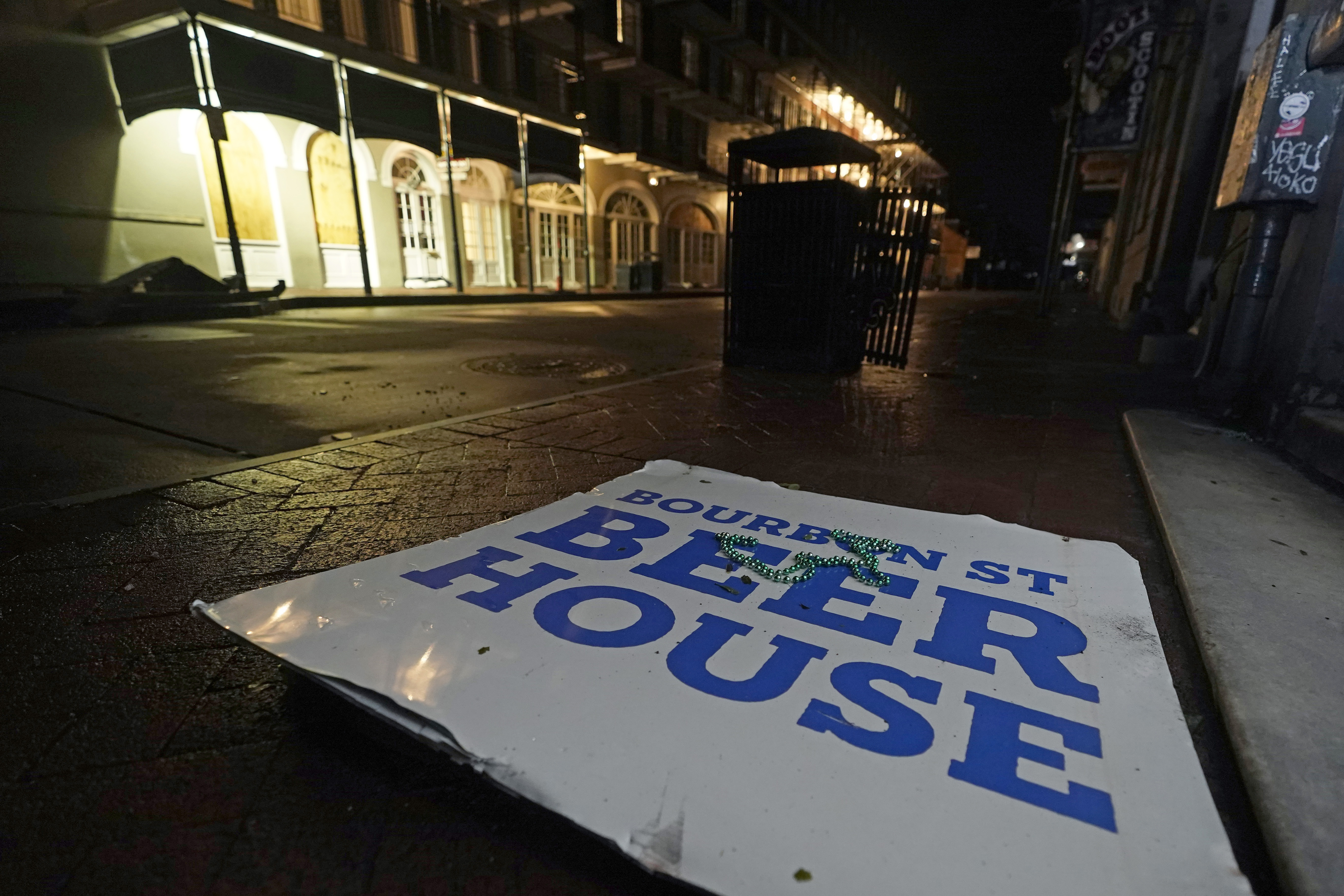 In Baton Rouge, 27-year-old Robert Owens watched the sky in his neighbourhood light up as transformers blew up all around him.

"Never in my life have I encountered something this major," he said as giant gusts rattled his home's windows.

Significant flooding was reported late on Sunday night in LaPlace near Lake Pontchartrain and in places like Lafitte, where a barge struck a swinging bridge in town.

Louisiana Governor John Bel Edwards said rescue crews would not be able to immediately help those who were stranded as the storm raged. And he warned his state to brace for potentially weeks of recovery.

"Many, many people are going to be tested in ways that we can only imagine today," the Governor told a news conference on Sunday.

"There is always light after darkness, and I can assure you we are going to get through this," he said. 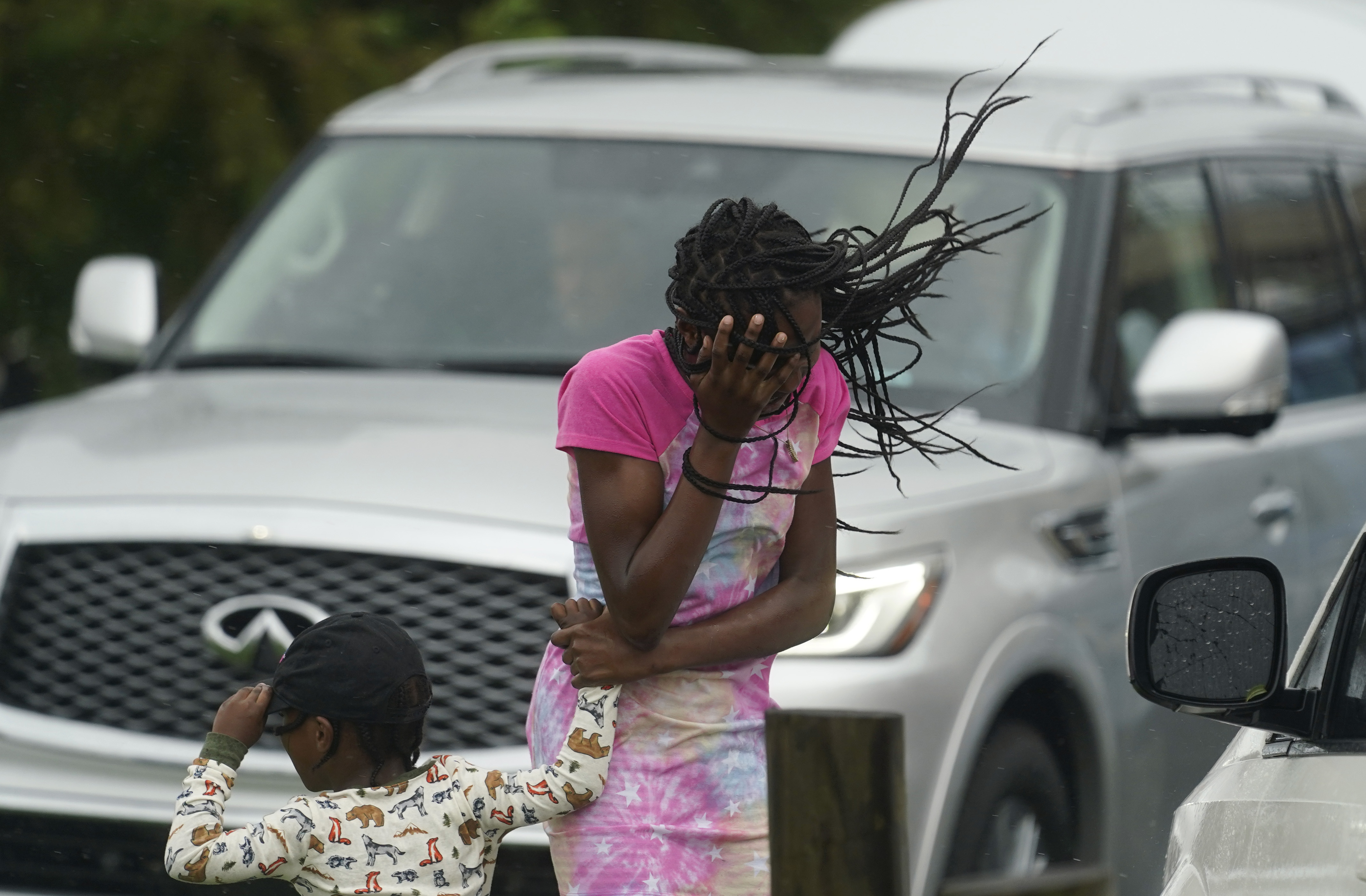 In New Orleans, wind tore at awnings and caused buildings to sway and water to spill out of Lake Pontchartrain. The Coast Guard office there received more than a dozen reports of breakaway barges, said Petty Officer Gabriel Wisdom.

Ida pushed so much water from the Gulf inland that engineers detected a "negative flow" on the Mississippi River as a result of storm surge, US Army Corps of Engineers spokesman Ricky Boyette said.

Ida was churning in one of the nation's most important industrial corridors — home to a large number of petrochemical sites.

The Louisiana Department of Environmental Quality was in contact with more than 1500 oil refineries, chemical plants and other sensitive facilities and would respond to any reported pollution leaks or petroleum spills, agency spokesman Greg Langley said.

Comparisons to the August 29, 2005, landfall of Katrina weighed heavily on residents. Katrina was blamed for 1800 deaths as it caused levee breaches and catastrophic flooding in New Orleans.

Now facing Ida more than a decade and a half later, officials emphasised that the city's levee system has been massively improved.

Monday would likely reveal if that was the case.