A man and his neighbour have heroically stopped a man who was allegedly armed and broke into a home in Adelaide's west, pouncing on him until police arrived.

The resident of Elms Avenue, in Richmond, woke to an allegedly armed man standing over his bed just after 7pm yesterday.

The man screamed, chasing the alleged offender out the house and continuing to yell to alert his neighbours. 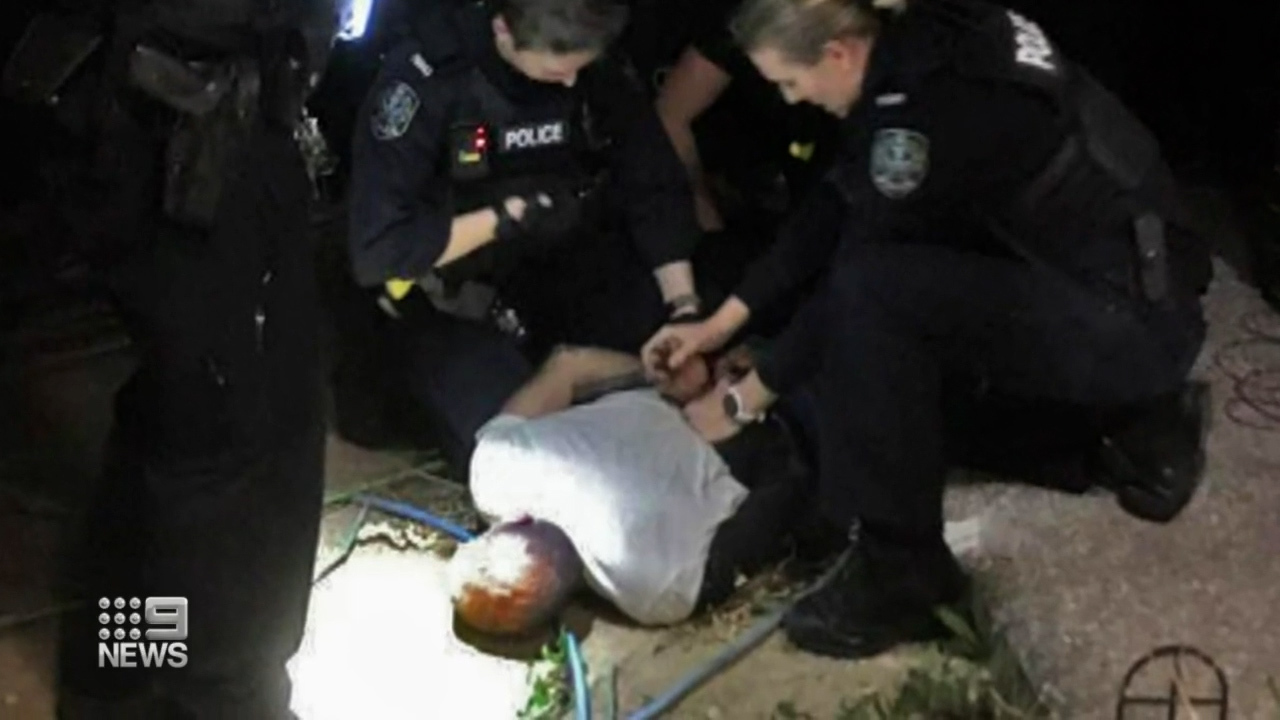 to help hold him down.

Security footage showed police come rushing down the driveway to help the man and his neighbour who had the alleged offender pinned to the ground.

"He was very strong, I remember that – I saw them struggling to keep him down even though he was on the ground and had his arms pinned," neighbour Scott told 9News. 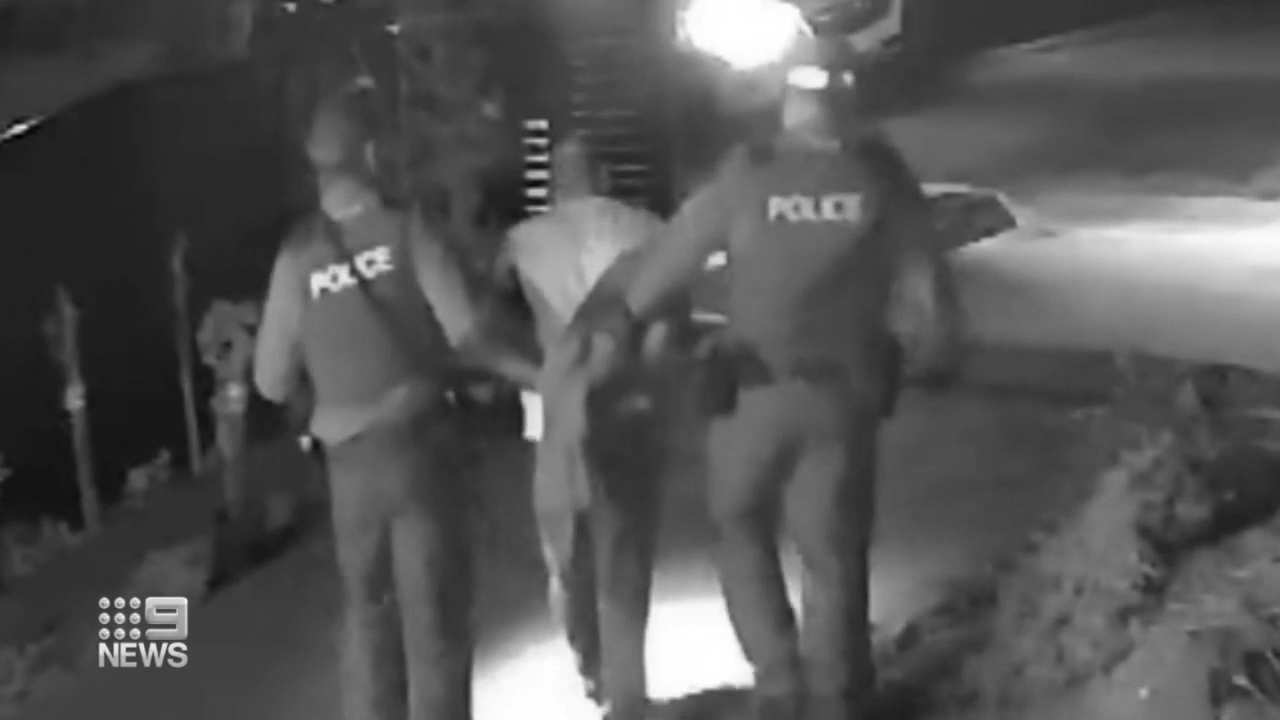 The man allegedly punched the resident and neighbour in the chaos, leaving them too scared to speak on camera about the ordeal.

But the residents thanked their neighbours for coming to their aid before police arrived.

A 58-year-old man from Edwardstown has been charged with aggravated serious criminal trespass and assault.