Skip to content
Home Entertainment Elizabeth Holmes’ trial is set to begin: Here’s what you need to know

Elizabeth Holmes, the disgraced founder and former CEO of Theranos, is set to go to trial this week, more than three years after being indicted on multiple federal fraud and conspiracy charges over allegations she knowingly misrepresented the capabilities of her company's proprietary blood testing technology.

For a time, Ms Holmes had been hailed as a visionary.

A Stanford University dropout, she founded Theranos in 2003 at age 19 with the lofty mission of revolutionising blood testing.

READ MORE: The 'next Steve Jobs' charged over $889m fraud in stunning fall from grace 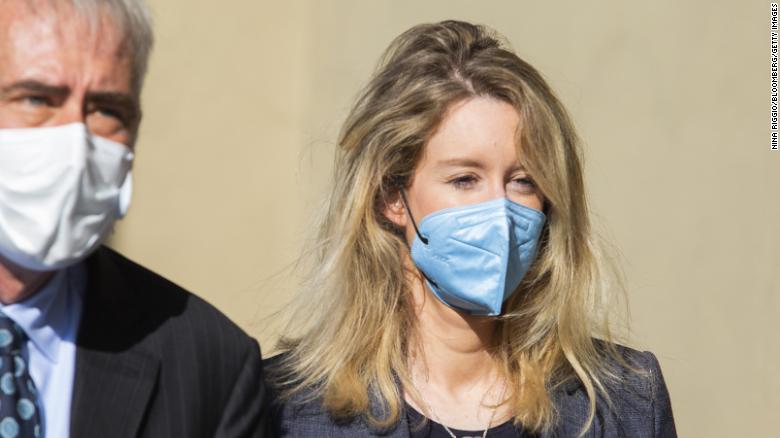 Inspired by her stated fear of needles, Ms Holmes' Theranos promised patients the ability to test for conditions like cancer and diabetes with just a few drops of blood.

She struck up a retail partnership with Walgreens in 2013, and attracted a powerful board of political titans, including former Secretaries of State Henry Kissinger and George Shultz, as well as four-star general and future Defence Secretary James Mattis.

As the company's valuation soared, hitting US$12 billion at one time, so did her profile and net worth.

She was lauded on magazine covers as the richest self-made woman and "the next Steve Jobs," an image she helped cultivate by dressing the part.

Then it all came crashing down.

A damning investigation by the Wall Street Journal in October 2015 called into question the capabilities of the company's proprietary blood testing machine, Edison, and Theranos' testing methods.

Theranos was subsequently sued by investors for fraud, had its blood-testing license revoked by the US government, settled "massive fraud" charges with the Securities and Exchange Commission and ultimately dissolved the business in September 2018. 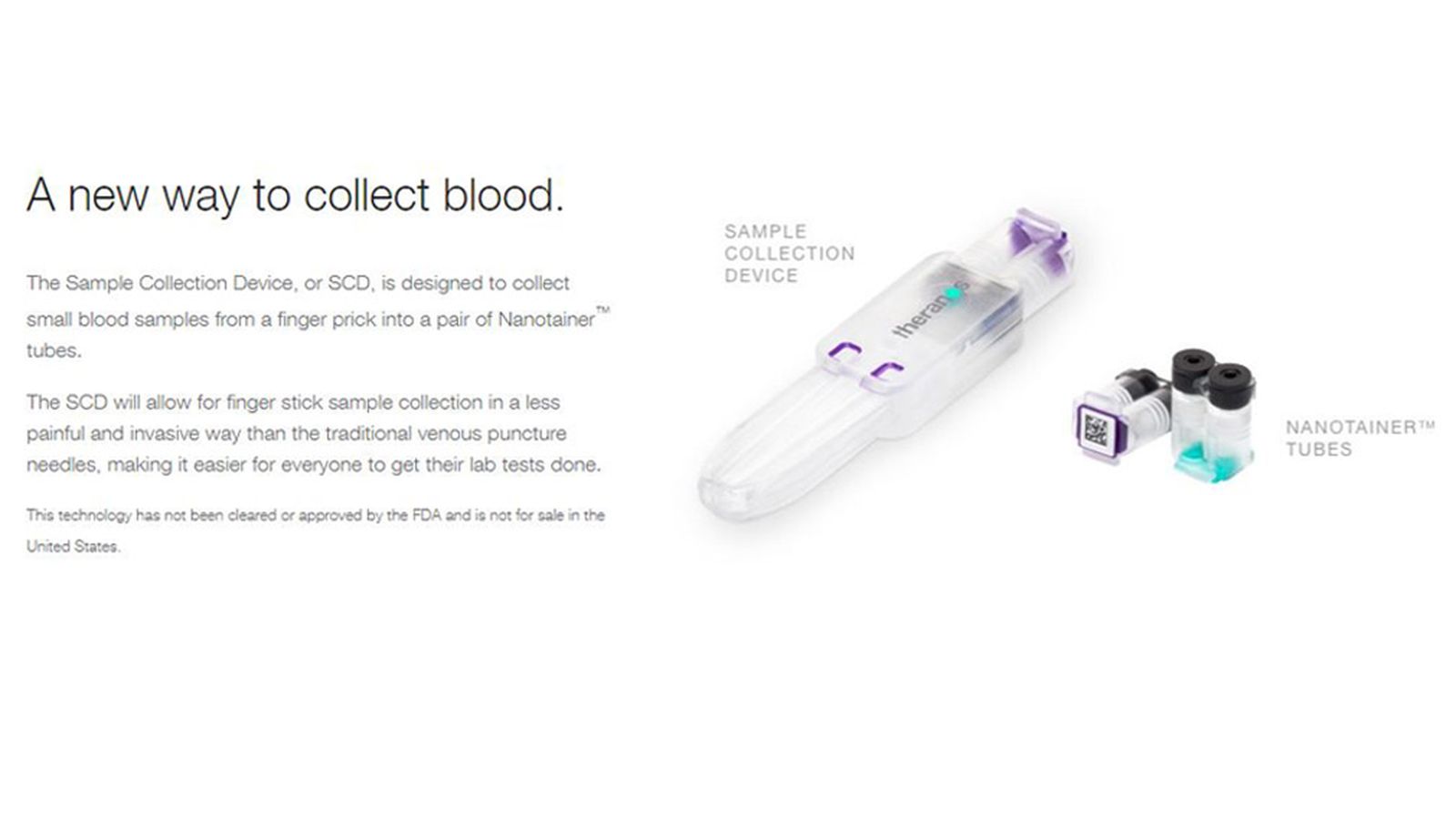 Following months of delays due to the pandemic and the birth of her first child, Ms Holmes, 37, is now set to face off against the government in a federal court in San Jose over two counts of conspiring to commit wire fraud and 10 counts of federal wire fraud.

Jury selection starts today and the case is expected to go on for months.

Here's what you should know about the high-profile case.

Ms Holmes and Theranos' former COO Ramesh "Sunny" Balwani, who were romantically involved while working together, are accused of engaging in a multi-million dollar scheme to defraud investors from 2010 to 2015, as well as a scheme to defraud doctors and patients who paid for its blood testing services from 2013 to 2016.

Both have pleaded not guilty and could face up to 20 years in prison as well as a fine of US$250,000, plus restitution for each count of wire fraud and each conspiracy count.

The Department of Justice claims that, while the company never realised its efforts to develop technology capable of running a full range clinical tests on its Edison machines with a few drops of blood collected by finger stick and stored in what it called a "nanotainer," it nonetheless promoted itself and its devices as capable.

Legal experts say central to the trial will be questions about what Ms Holmes knew, when she knew it, and whether she intended to deceive.

"Either she had a device that could never work, or that couldn't work yet. The latter is a more murky situation," said Nancy Gertner, a former US federal judge and senior lecturer at Harvard Law School.

"The most difficult thing to prove is intent," said Thomas Joo, a professor at UC Davis School of Law who specialises in corporate governance and white collar crime.

"Did she intentionally lie in order to trick people?" 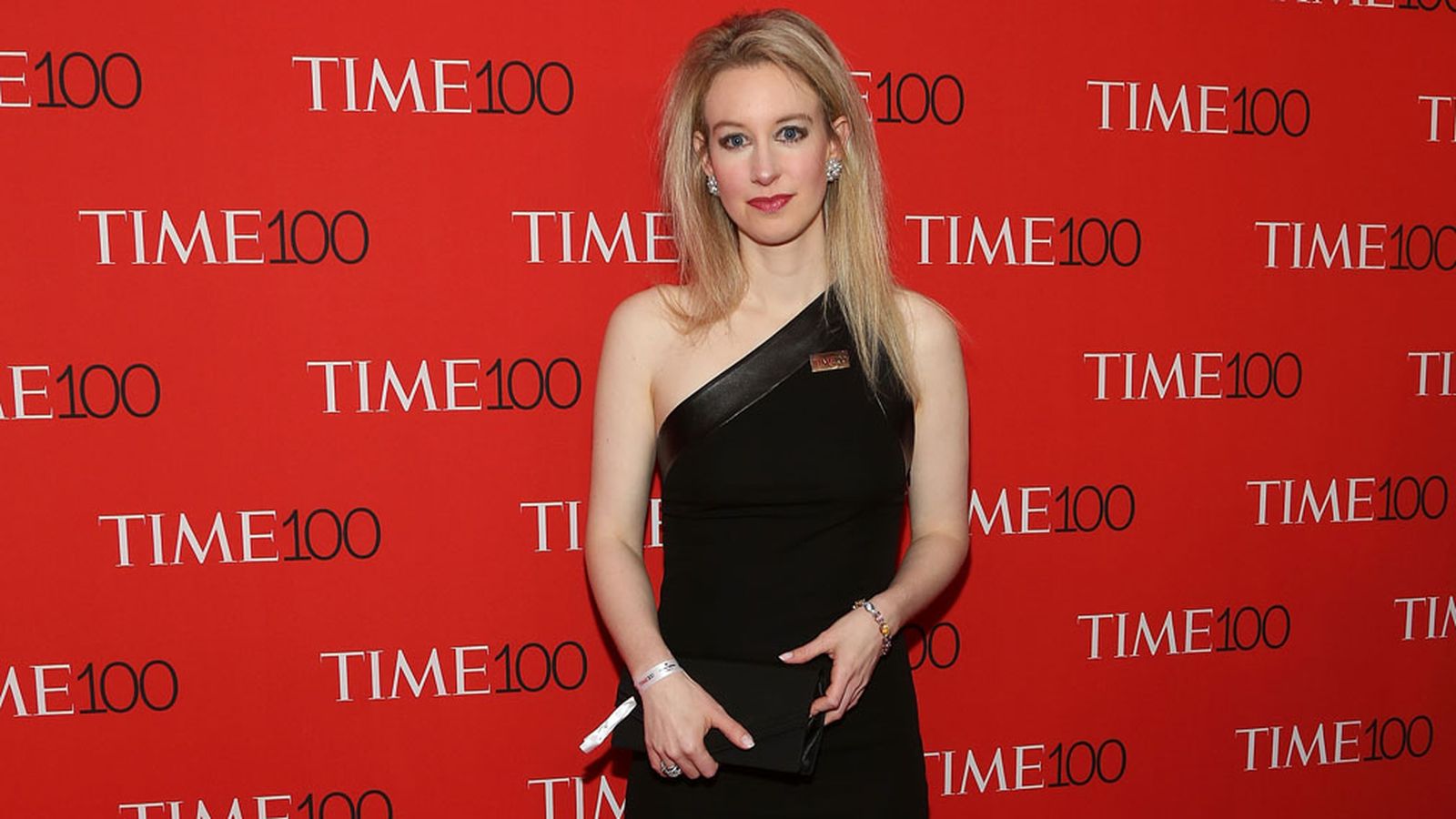 It's unclear what the defence's precise strategy will be, but Ms Holmes' attorneys have paved the way for Holmes to potentially point the finger at Mr Balwani.

The two successfully pushed to be tried separately, and newly unsealed court documents reveal why: Ms Holmes plans to accuse Mr Balwani of psychological, emotional and sexual abuse, detailing tactics he allegedly used to exert control over her and the psychological impact of said abuse.

According to a filing, Mr Balwani "adamantly denies" the claims.

In a filing from Mr Balwani's attorneys, they acknowledge Ms Holmes' plans to introduce evidence that Mr Balwani verbally disparaged her, controlled what she ate, how she dressed, and who she interacted with, "essentially dominating her and erasing her capacity to make decisions."

The filing calls the allegations "deeply offensive to Mr Balwani" and "devastating personally to him."

Prior to the new revelations from documents that had been previously sealed, Ms Holmes' attorneys had indicated last year they planned to introduce evidence "relating to a mental disease or defect or any other mental condition of the defendant bearing on … the issue of guilt," according to a filing.

They indicated plans to use testimony from a clinical psychologist whose work focuses on the psychosocial consequences of violence, trauma and victimisation.

In response, federal prosecutors were granted the ability to have Ms Holmes examined by two experts – a psychologist and a psychiatrist – over two consecutive days for no more than 14 hours combined.

An attorney for Ms Holmes did not respond to a request for comment for this story. 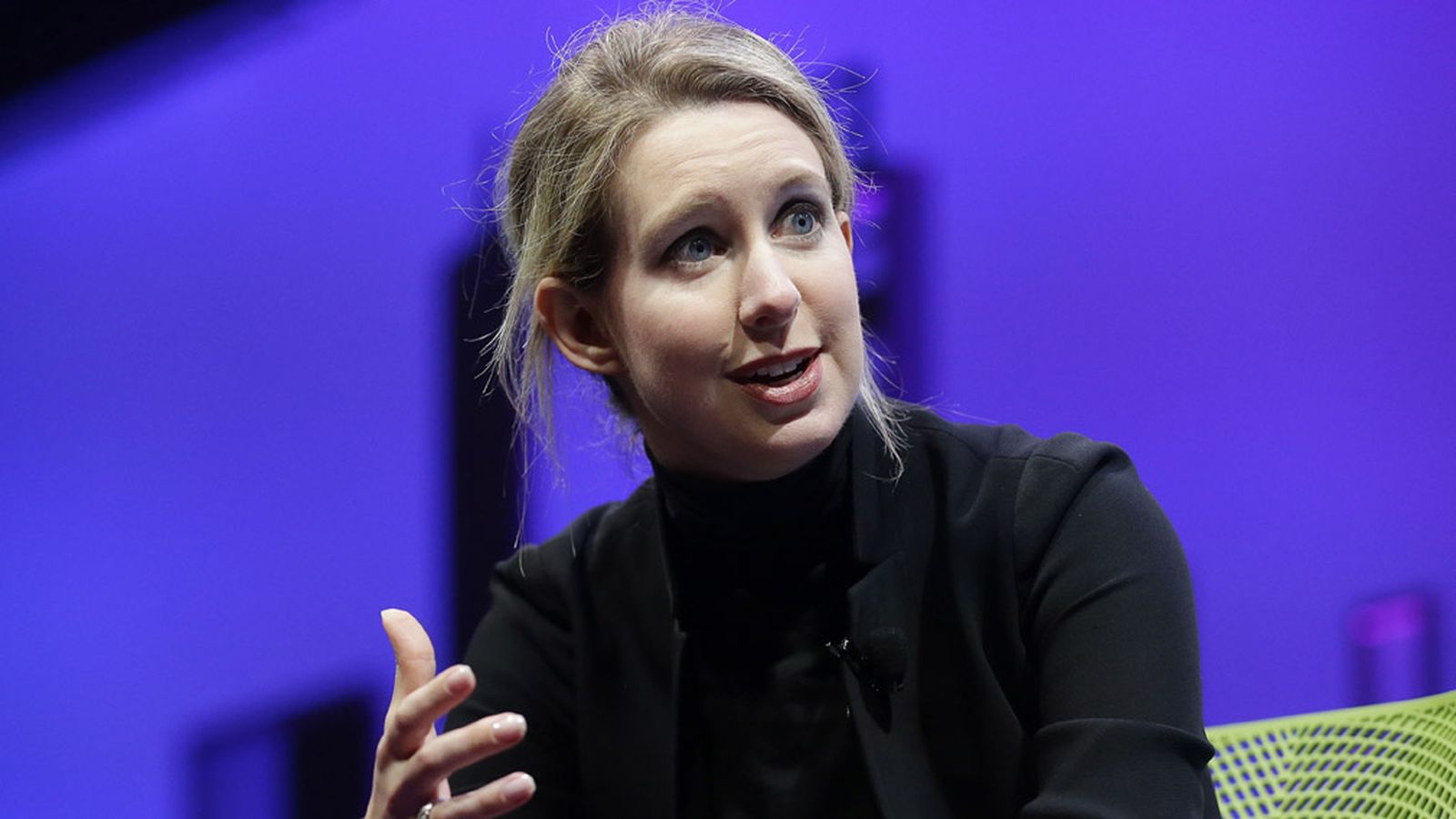 The court has ruled out certain defences in response to the government's request to do so.

For example, Ms Holmes can't argue that the government was "influenced by 'coordination' with journalists or competitors," but she can argue about the "details, thoroughness, or good faith of the criminal investigation."

The court also dismissed the idea of using naivety or being gullible as a defence, according to a court order.

The government expressed concerns Holmes would argue that she conducted business in a way that was in line with the broader Silicon Valley startup practice of hyping their businesses to raise funding and that she was singled out, according to the order.

The court said in the order that Holmes has vowed not to argue she was singled out and that it will allow "general fair comment" on the marketing of startups.

There may be some use of a "puffery" defence – or the attempt to pass off statements as corporate optimism or hyperbole – which often comes up in cases where a company is accused of lying to investors, according to Ms Gertner.

If that's the case, jurors will have to ultimately decide if there's a "substantial distance" between what was claimed and what was true, she said.

A who's who of potential witnesses

The prosecution filed a proposed witness list of nearly 280 people, which includes some of Ms Holmes' most well-known associates.

Among others: Media mogul Rupert Murdoch, who was once reportedly the company's largest investor with more than US$100 million; David Boies, the prominent attorney who represented Harvey Weinstein, and was an investor, board member and legal defence for Ms Holmes and Theranos for a time; as well as Mr Mattis and Mr Kissinger.

Also expected to testify, according to the court order, are roughly 11 patients who say they were impacted by Theranos' inaccurate test results, as well as nine physicians whose patients received inaccurate tests.

One woman on the list has previously spoken out about being misdiagnosed as having a miscarriage.

"Certainly the more sympathetic the witness is, the more likely they are to connect with jurors. High profile witnesses with very high net worths are not likely to generate sympathy from jurors if they lost money in a fraud," said George Demos, a former SEC prosecutor and adjunct law professor at the UC Davis School of Law.

Holmes sought to have patient testimony excluded, citing a lack of evidence about what caused inaccurate results.

Notably, access to the database Theranos used to house all patient test results and quality control data, which was subpoenaed by the Department of Justice, won't be cited in the trial as it was inaccessible.

After Theranos turned over the database in July 2018 with a password – but not the private key necessary to access the encrypted database – it dismantled the physical server housing the database and put it into storage, according to another court order.

Patients testifying won't be able to speak to "any physical, financial, or emotional harm they may have experienced," the court determined. 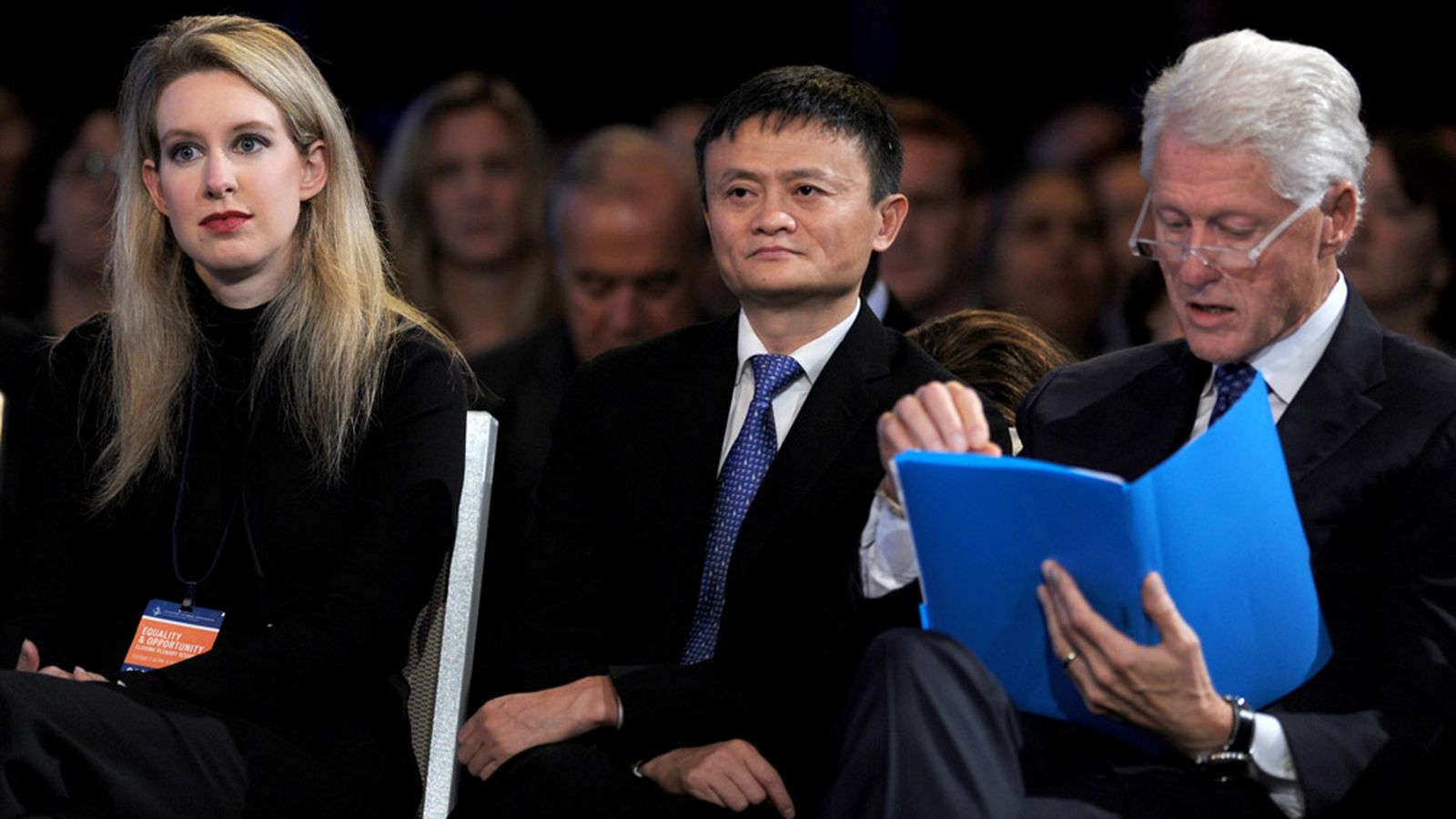 Will Elizabeth Holmes take the stand?

In the company's heyday, Ms Holmes was the subject of much fascination and media attention glamorising her and her efforts.

In its downfall, that spotlight hasn't dimmed – from documentaries, a forthcoming limited series, and a planned feature film to at least two podcasts devoted to covering the trial.

Whether or not Ms Holmes will take the stand remains an open question and one that likely won't be decided for some time.

"Most criminal defence lawyers would tell a client not to – but the client is the boss," said Mr Joo.

"She may have a very, very strong belief in her innocence. She may insist over the lawyers' advice that she wants to testify," he said, adding that, in the case of a mental disease defence, there might be an inclination to have her take the stand so the jury hears from her directly.

According to the newly unsealed documents, Ms Holmes is "likely" to testify herself about the abuse she allegedly experienced at the hands of Mr Balwani.

"If the jury believes her and finds her a sympathetic figure (and if the expert testimony further supports her claims of a mental defect), the defence could well shift the trial's outcome in her favour," Miriam Baer, a law professor at Brooklyn Law School, told CNN Business.

"On the other hand, if the jury disbelieves her — or if the prosecutor successfully damages her credibility — the defence could make her worse off."