Four teens were among six people in a taxi which smashed into a brick wall near a major Adelaide intersection early this morning.

One occupant was trapped and had to be cut from the taxi, which crashed around 2am, while paramedics treated five other occupants at the scene.

Police are trying to piece together how the crash happened, with questions over why six people were in the white sedan at the time. 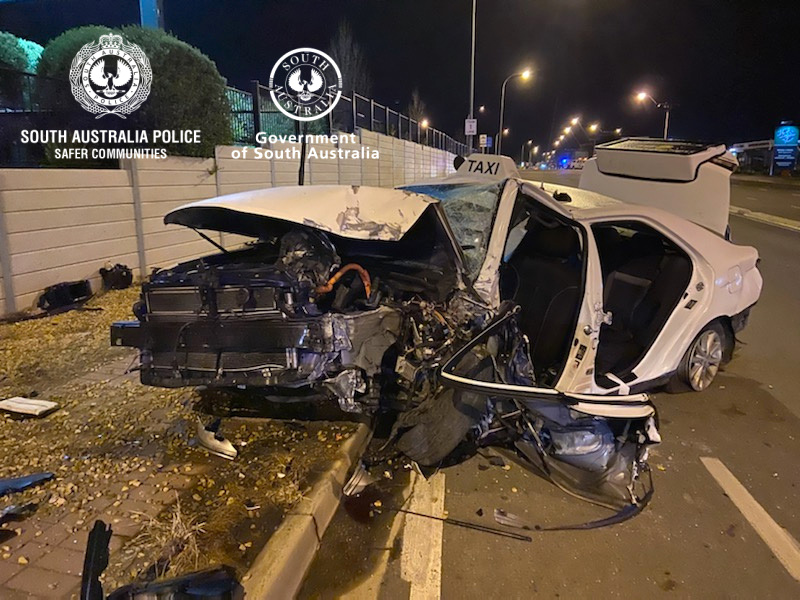 The driver, a 20-year-old man, was also taken to the Flinders Medical Centre with minor injuries.

9News understands nobody suffered life-threatening injuries and that the driver was off-duty at the time of the smash.