China's economy stalled this month as the country tried to stamp out a surge in coronavirus cases and contended with the ongoing shipping crisis.

An official survey of manufacturing activity fell to 50.1 in August from 50.4 in July. That was just above the 50-point mark indicating expansion rather than contraction, but still the slowest rate of growth since the start of the pandemic.

Service industries, which now account for a larger slice of the world's second biggest economy, fared even worse. The non-manufacturing Purchasing Managers' Index plunged to 47.5 from 53.3 in July, the first contraction since February 2020. 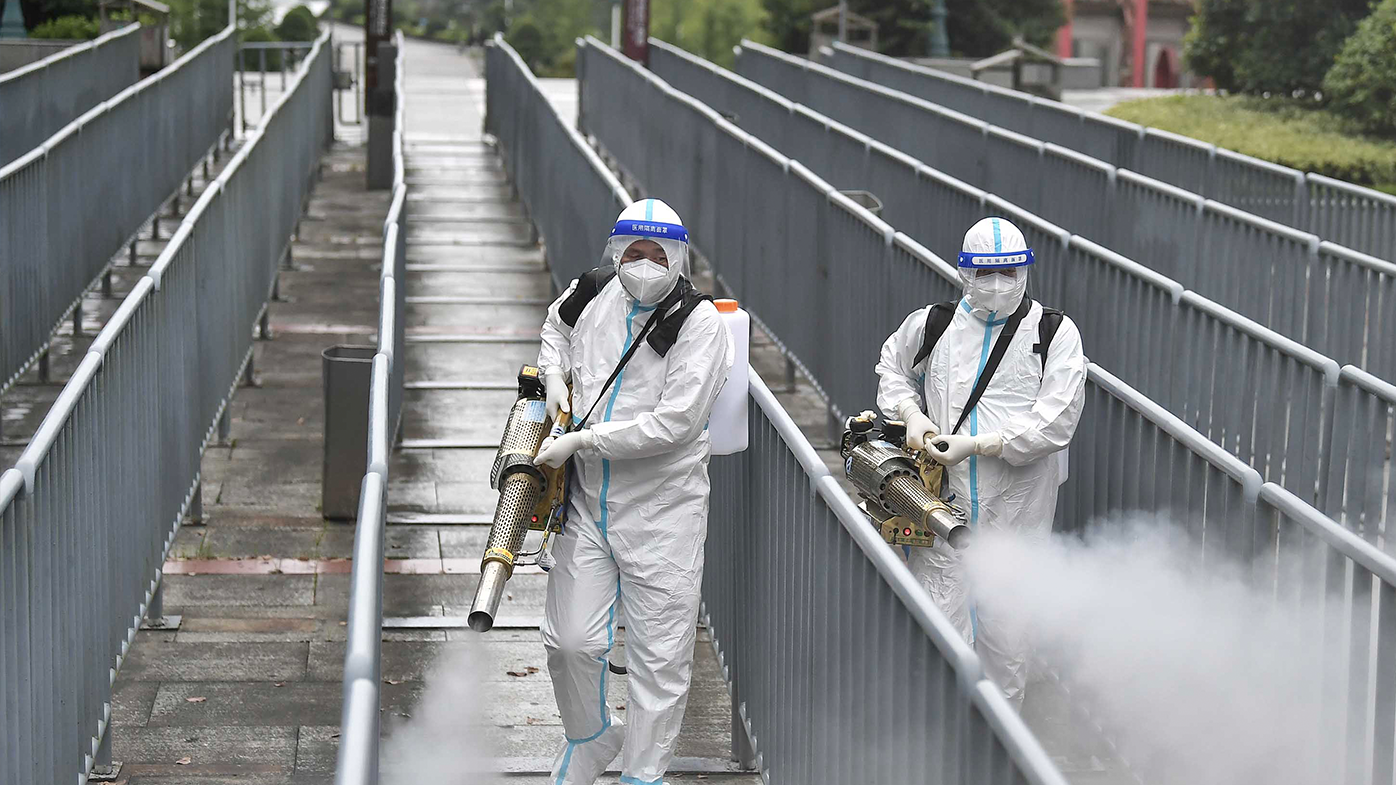 China's economy initially coped with the pandemic much better than many of its peers, recording growth last year as others shrank.

But fallout from the Delta variant and China's zero-COVID approach has wrought havoc in recent weeks.

The country's worst coronavirus outbreak in a year spurred authorities to take dramatic measures to stop new infections, including locking down cities, cancelling flights and suspending trade. The aggressive and uncompromising strategy appears to have contained Delta — at the expense of economic activity. 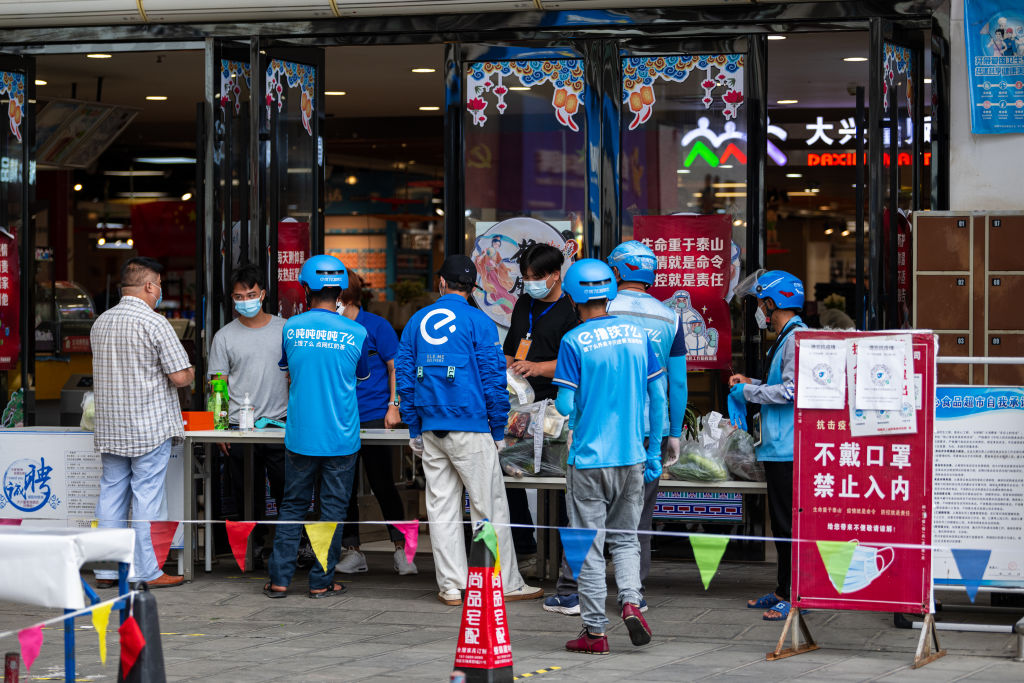 He added that the non-manufacturing PMI drop was driven entirely by disruption in the services sector as "movement restrictions were reimposed and consumers became more cautious amid the renewed virus flare-up."

Ongoing problems with the global supply chain have worsened matters. Global trade has been in chaos for months as manufacturing picks up and consumer demand explodes, and supply chains have been further snarled by container shortages, coronavirus-related factory shutdowns in Vietnam and the lingering effects of port closures in China.

A terminal at the Ningbo-Zhoushan Port south of Shanghai was shut for weeks after a dock worker tested positive for COVID-19, adding to a backlog caused by an earlier shutdown in southern China, home to some of the world's busiest container ports.

"There continues to be signs of supply shortages in the survey breakdown, with delivery times lengthening further while firms continued to draw down their inventories of raw materials," Mr Evans-Pritchard wrote.

COVID-19 outbreaks and shipping woes aren't all that China is dealing with, though. Beijing has also embarked on a massive crackdown targeting businesses. Tech, private education and other industries have all been swept up in the fracas. 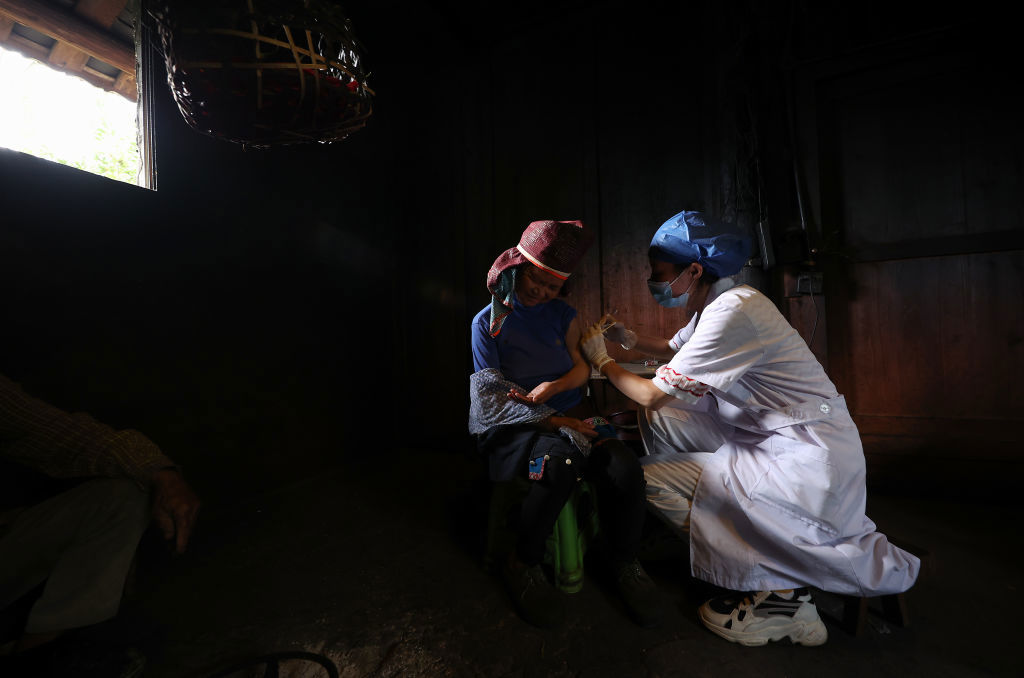 The clampdowns — especially in tech and education — "are impacting both employment concerns in those affected and broader consumer confidence as fears of wider interventions rise," wrote Jeffrey Halley, senior market analyst for Asia Pacific at Oanda, on Monday.

Mr Evans-Pritchard expected most of the weakness reported Tuesday to reverse in September, since coronavirus cases are under control in China. But he said other concerns persist, pointing to tight credit conditions as posing a "growing drag."

"The upshot is that, even looking through the volatility caused by China's recent virus flare-up, the economy looks to be coming back to earth," he added.