A stunned US East Coast faced a rising death toll, surging rivers, tornado damage and continuing calls for rescue overnight after the remnants of Hurricane Ida walloped the region with record-breaking rain, drowning more than two dozen people in their homes and cars.

In a region that had been warned about potentially deadly flash flooding but hadn't braced for such a blow from the no-longer-hurricane, the storm killed at least 32 people from Maryland to New York on Wednesday night and yesterday morning.

At least 12 people died in New York City, police said, one of them in a car and 11 in flooded basement apartments that often serve as relatively affordable homes in one of the nation’s most expensive housing markets. 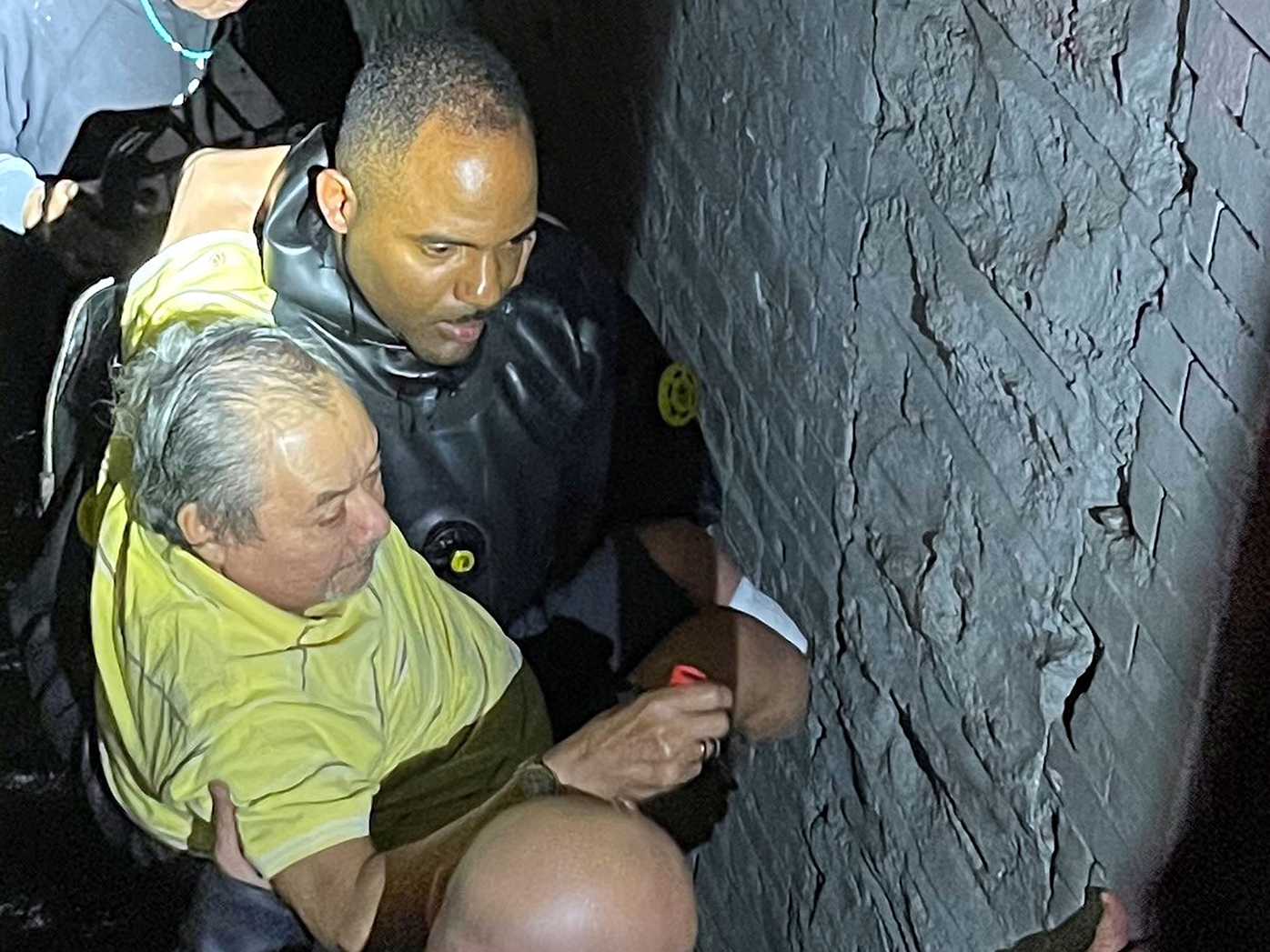 Officials said at least 10 people died in New Jersey and at least five in Pennsylvania, including one killed by a falling tree and another who drowned in his car after helping his wife to escape, according to authorities.

A Connecticut state police sergeant perished after his cruiser was swept away.

In New York City, Sophy Liu roused her son from bed and put him in a life jacket and inflatable swimming ring as their first-floor apartment flooded in Queens.

Unable to open the door against the force of the water, she called friends for help. The water was nearly 1.5 metres high when they came to her rescue, she said.

“I was obviously scared, but I had to be strong for my son. I had to calm him down,” she recalled as medical examiners removed three bodies from a home down the street. 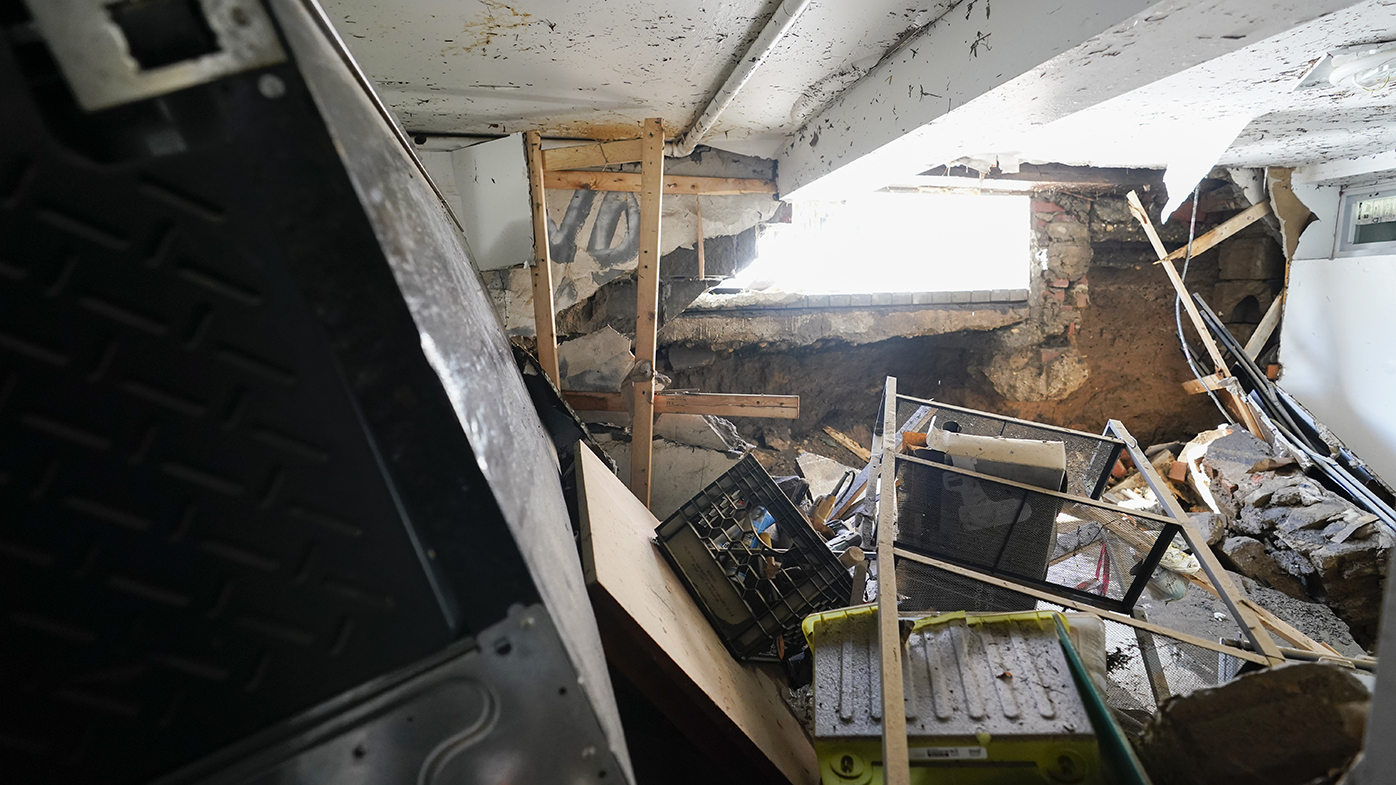 In another part of Queens, water rapidly filled Deborah Torres' first-floor apartment to her knees as her landlord frantically urged her neighbours below — who included a baby — to get out, she said.

But the water rushed in so strongly that she surmised they weren't able to open the door.

Ida's remnants maintained a soggy core, then merged with a more traditional storm front and dropped an onslaught of rain on the Interstate 95 corridor, meteorologists said.

Similar weather has followed hurricanes before, but experts said it was slightly exacerbated by climate change — warmer air holds more rain — and urban settings, where expansive pavement prevents water from seeping into the ground.

The National Hurricane Center had warned since Tuesday of the potential for “significant and life-threatening flash flooding" and moderate and major river flooding in the mid-Atlantic region and New England.

"We did not know that between 8.50 and 9.50pm last night, that the heavens would literally open up and bring Niagara Falls level of water to the streets of New York,” Ms Hochul, a Democrat who became governor last week after former Governor Andrew Cuomo resigned, said.

Mr De Blasio, also a Democrat, said he'd gotten a forecast Wednesday of 7.5cm to 15cm of rain over the course of the day.

The city's Central Park ended up getting 8cm just in one hour, surpassing the previous recorded high of 5cm in one hour during Tropical Storm Henri on August 21.

Wednesday's storm ultimately dumped over 23cm of rain in parts of New Jersey, Pennsylvania, Massachusetts and Rhode Island, and nearly as much on New York City’s Staten Island. 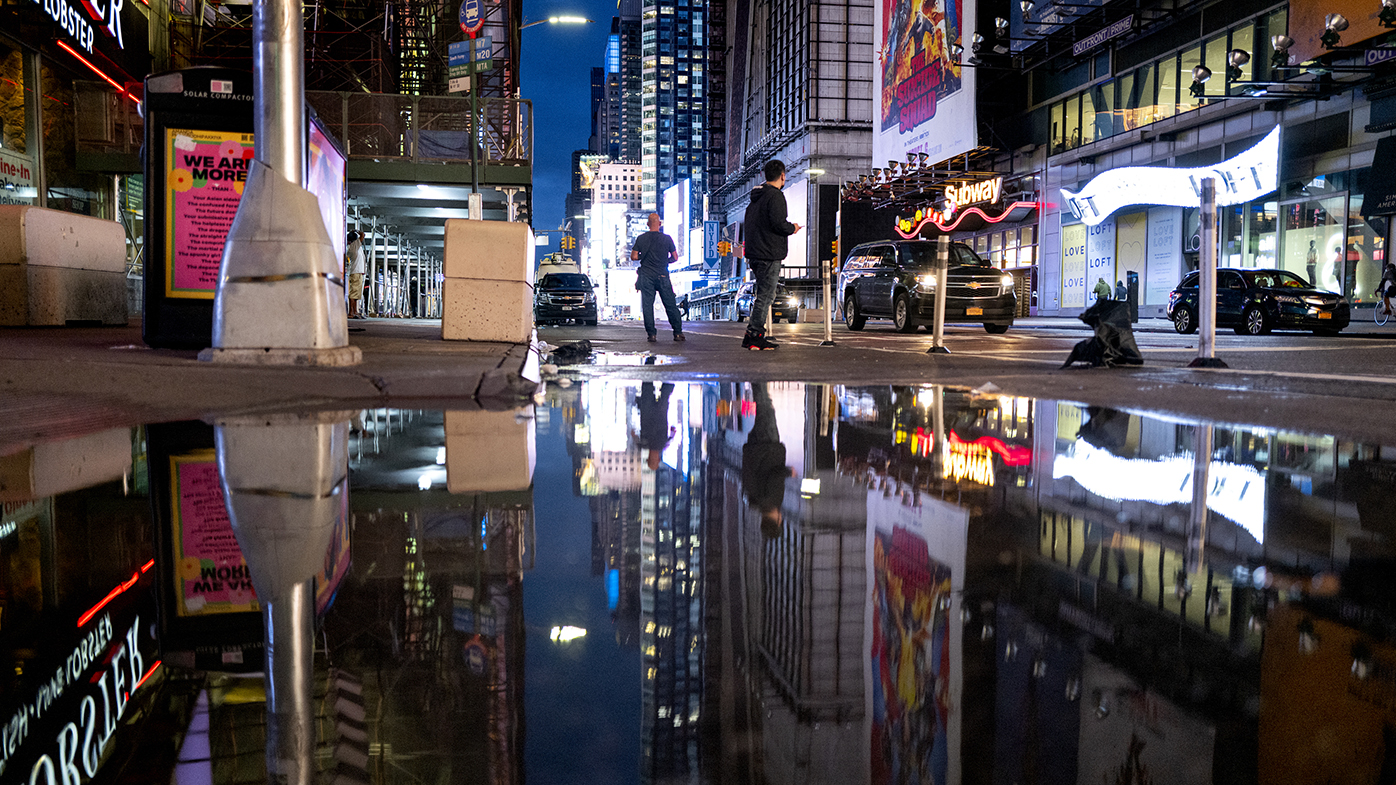 In Washington, President Joe Biden assured Northeast residents that federal first responders were on the ground to help clean up.

At one Queens development, water-filled the sunken patio of a basement apartment, then broke through a glass door, trapping a 48-year-old woman in two metres of water.

Neighbours unsuccessfully tried for an hour to save her. 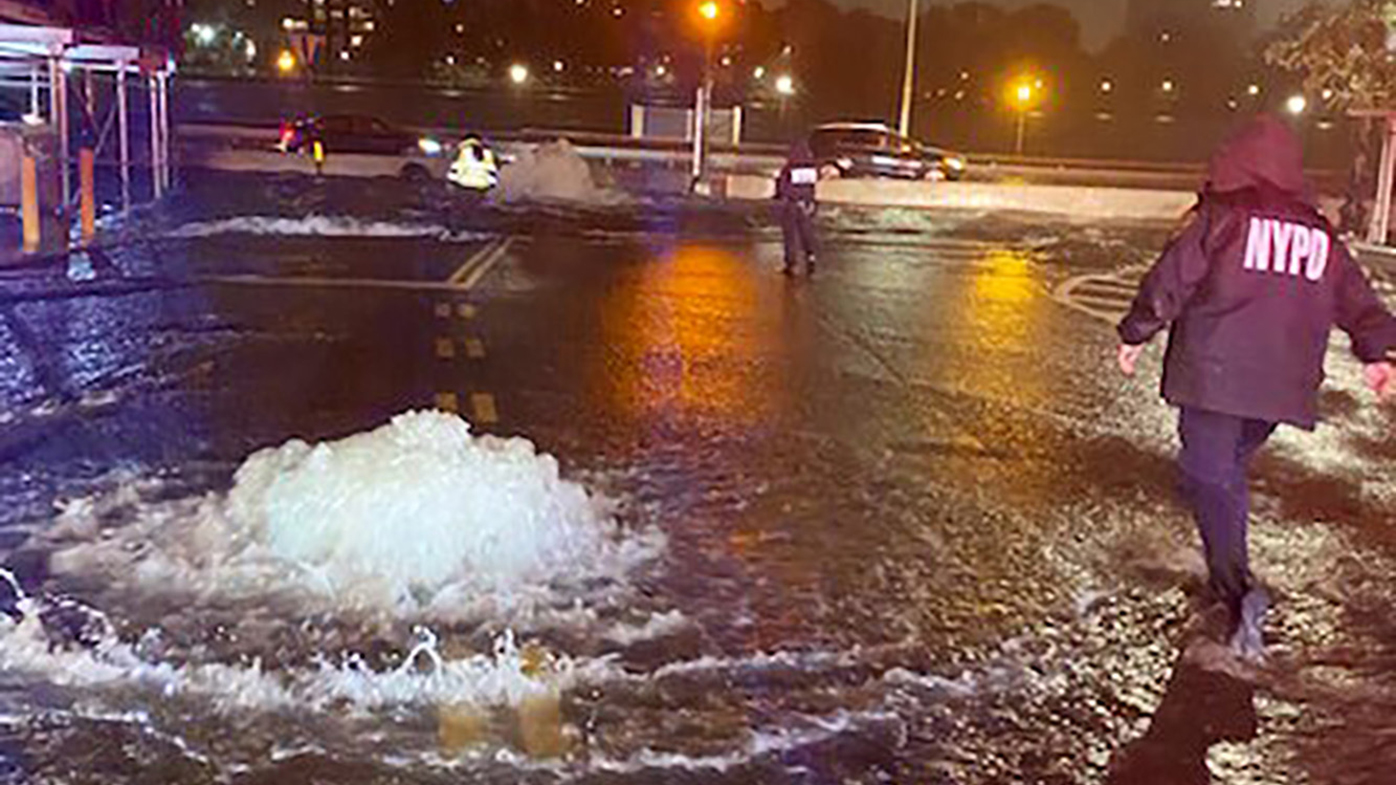 Neighbours described hearing screaming from the complex at about 11pm as water flowed down the street, pushing dumpsters and cars around.

“Sandy had nothing on this,” resident Jennifer Vilchez said, referring to 2012′s Superstorm Sandy.

Greg Turner, who lives in another part of the city, said his 87-year-old mother started calling 911 from the complex at 8pm when the water started rising in her apartment.

High water kept him and his brother from getting to her.

As midnight approached, the water reached her neck, he said. Rescuers finally cut through the floor of the apartment above and pulled her to safety.

“She lost everything," Mr Turner said as he headed to a bank for money to buy his mother clothes and shoes.

In New Jersey's Milford Borough, authorities said they found a man’s body in a car buried up to its hood in dirt and rocks.

The ferocious storm also spawned tornadoes — at least seven, according to the National Weather Service.

One split trees on Cape Cod, another tore off part of a high school roof in suburban Philadelphia and yet another ripped apart homes and toppled silos in Mullica Hill, New Jersey, south of Philadelphia.

"It just came through and ripped,” resident Jeanine Zubrzycki, 33, who hid in her basement with her three children as the house shook and lights flickered, said.

When the danger passed, they went upstairs and saw a neighbour's house had been destroyed.

“And then you could just hear people crying,” Ms Zubrzycki, 33, whose own home was damaged but liveable, said.

Record flooding along the Schuylkill River in Pennsylvania inundated homes, highways and commercial buildings, even as meteorologists warned that rivers likely won’t crest for a few more days.

The Schuyilkill reached levels not seen in over 100 years in Philadelphia, where firefighters were still getting calls about minor building collapses and people stuck in flooded cars Thursday morning, Fire Commissioner Adam Thiel said.

The managers of a 941-unit apartment complex near the river ordered residents to evacuate, citing “deteriorating” conditions after water rushed into the parking garage and pool areas.

Others were unable to escape the floods, including Donald Bauer, who was driving home to Perkiomenville after attending their daughter’s volleyball game at DeSales University, near Allentown. The game had been moved up by two hours because of the weather.

State police Trooper Nathan Branosky said Mr Bauer, 65, drowned in the car after helping his wife get out.

A flash flood warning continued into Thursday in New England, where authorities used boats to rescue 18 people from a neighbourhood in Plainville, Connecticut, and 15 people — one in a wheelchair — from a complex in North Kingstown, Rhode Island.

In Frederick County, Maryland, first responders used a boat to rescue 10 children and a driver from a school bus caught in rising waters.

On Sunday, Ida struck Louisiana as the fifth-strongest storm to ever hit the US mainland, leaving 1 million people without power, maybe for weeks.