The mammoth skeleton of a 66-million-year-old triceratops fossil is estimated to rake in between €1.2 million ($1.9 million) and €1.5 million ($2.4 million) at an auction on October 21 at an auction house in Paris.

Its biggest horns are 1.1 metres long and over 30 centimetres wide, making it the biggest Triceratops specimen ever discovered, auctioneers from Drouot said. 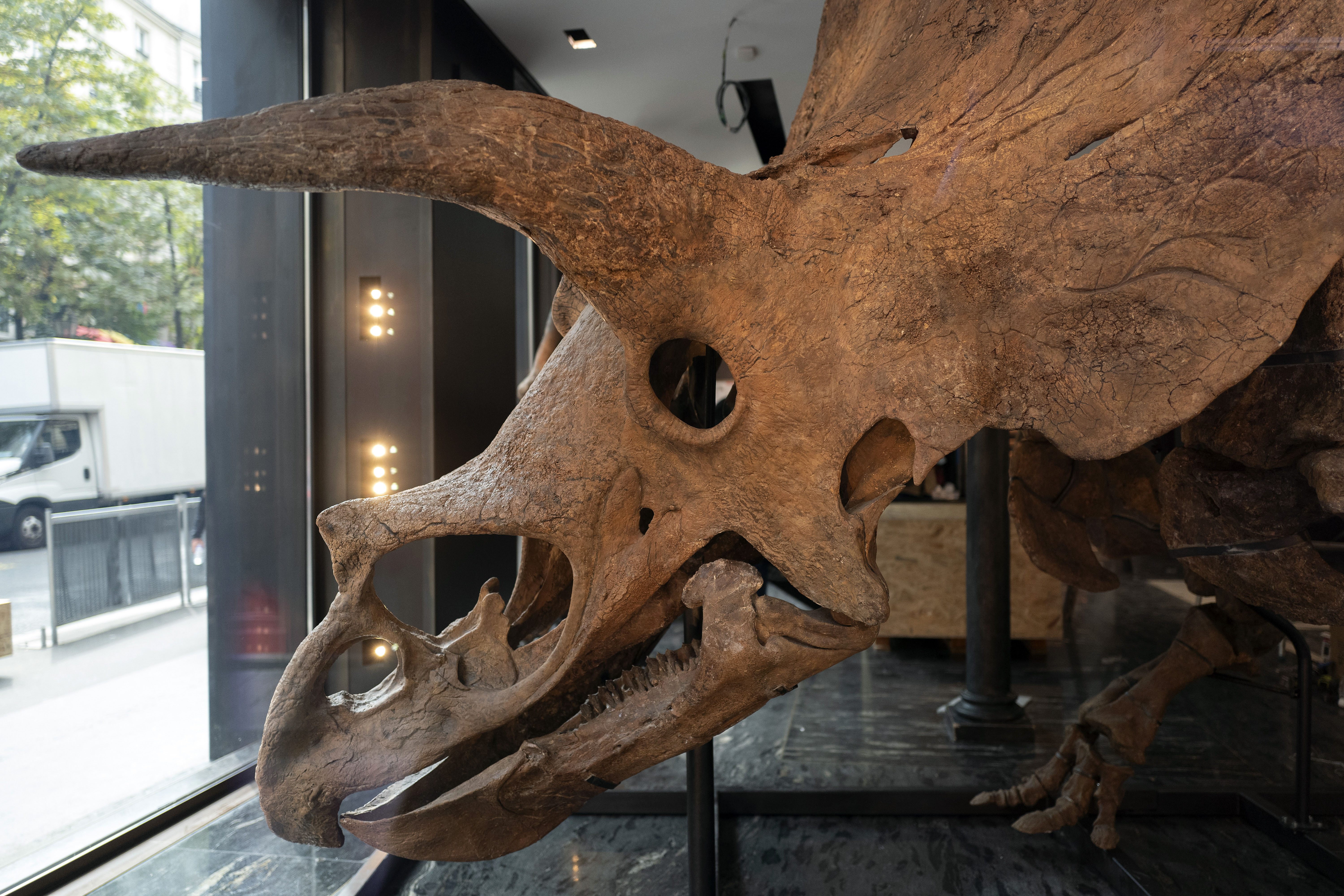 The British Natural History Museum said the frill, which was used to protect the neck or attract a mate, spans almost one metre, while the skull is one of the biggest and "most striking" of any land animal.

The herbivorous species was able to reach up nine metres in length and up to 5500 kilograms in weight.

The triceratops wandered the Earth during the Late Cretaceous period around 66-68 million years ago.

The island continent was destroyed in the ancient plain formation Hell Creek in South Dakota, where geologist Walter W. Stein Bill unearthed the fossil in May 2014. 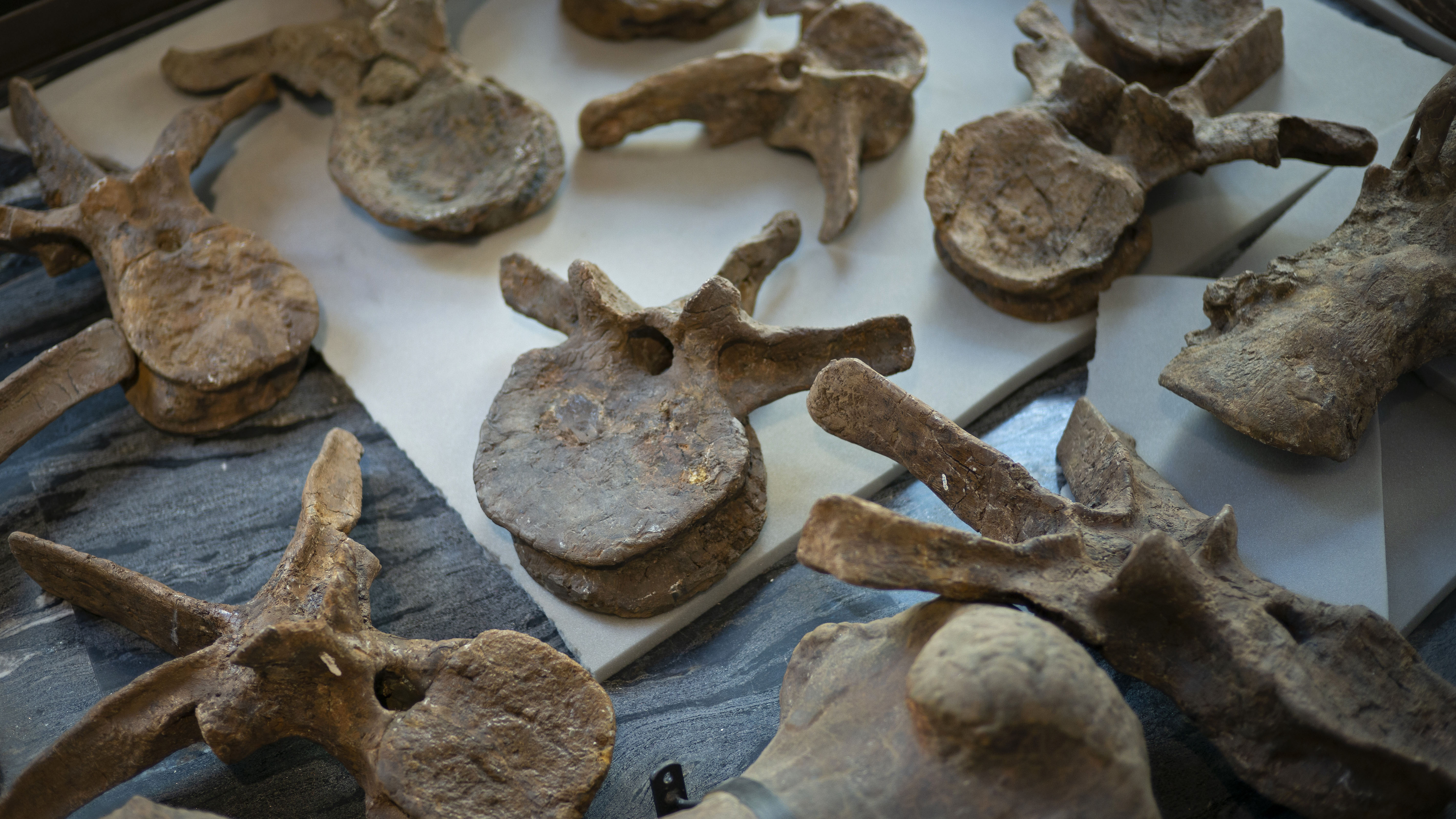 READ MORE: 'Cooper', the titanosaur as big as a basketball court

A year later, the specimen was excavated and restored in Italy.

Big John's remains were preserved in mud and over 60 per cent of the skeleton is complete, with the skull 75 per cent whole.

The fossil didn't contain evidence that the dinosaur experienced a tough existence.

There was a laceration in his collar from a scuffle with a smaller triceratops that the auctioneers said was from courting a mate or territorial defence.

The auction of Big John will not be the first time a dinosaur skeleton has been up for sale. 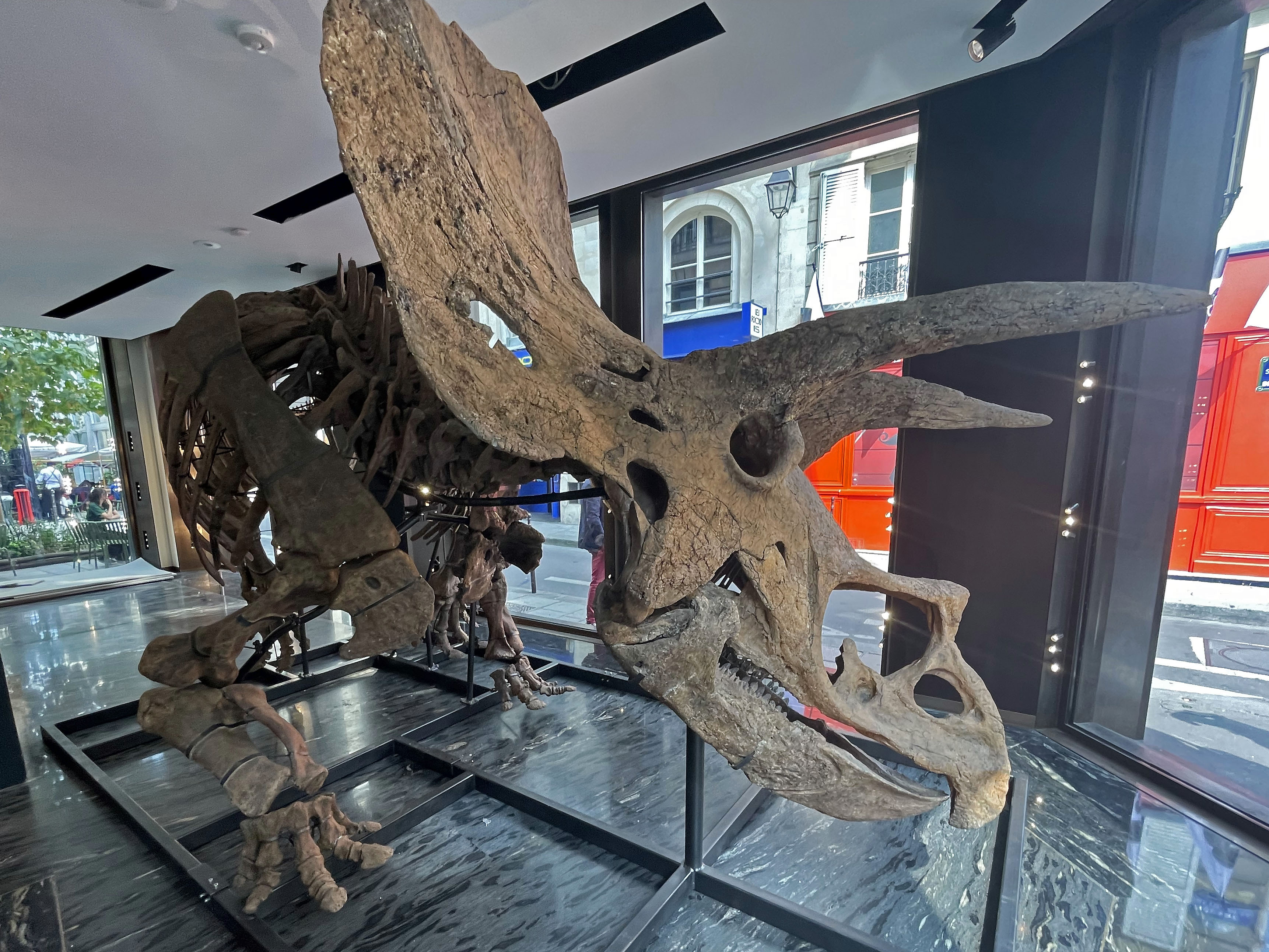 In October last year, one the world's most complete Tyrannosaurus rex skeletons broke the world record for any dinosaur skeleton or fossil ever sold when it bought for US$31.8 million ($43 million) at an auction in New York by Christie's auction house.

However, palaeontologists have expressed concerns about such auctions.

Last September, the Society of Vertebrate Palaeontology, which represents over 2000 professionals and students, wrote a letter to Christie's auction house about regarding the sale of the Tyrannosaurus rex skeleton.

"Fossil specimens that are sold into private hands are potentially lost to science," the group said.

"Even if made accessible to scientists, information contained within privately owned specimens and future access cannot be guaranteed, and therefore verification of scientific claims (the essence of scientific progress) cannot be performed."