A koala has been returned safely to bushland in Sydney's south-west after straying from home and becoming stuck on top of a roof. 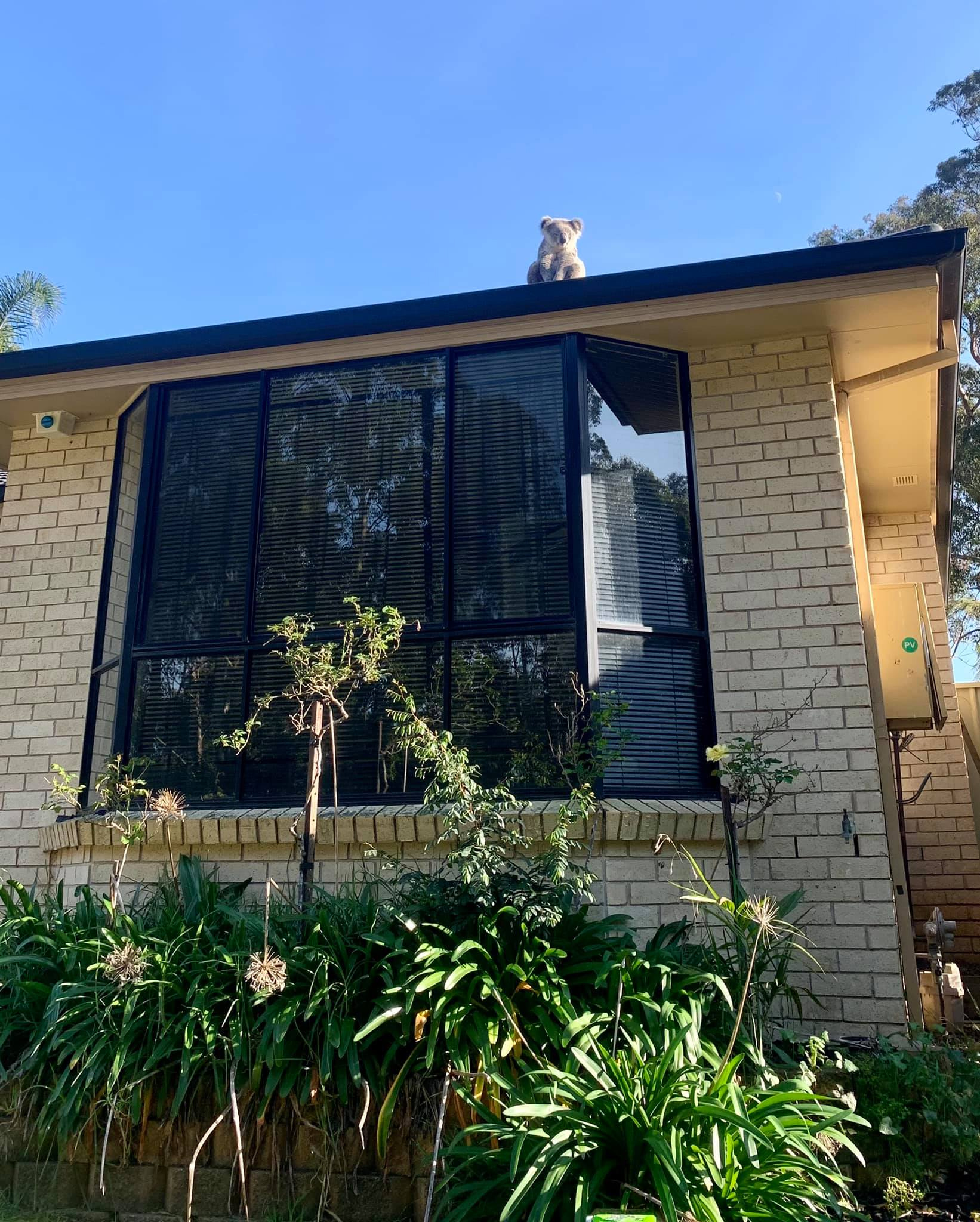 The animal was seen perched on top of the house in St Helens Park, in Campbelltown, by a concerned resident who swiftly called in the experts.

Volunteers from Sydney Wildlife Rescue were quickly on the scene yesterday morning along with crews from Fire and Rescue NSW.

It's unclear why the male koala found himself on the roof of the property, with local rescuers calling him "naughty".

Photos of the koala on top of the roof where shared on Facebook group Help Save the Wildlife and Bushlands in Campbelltown, along with details about the "challenging rescue". 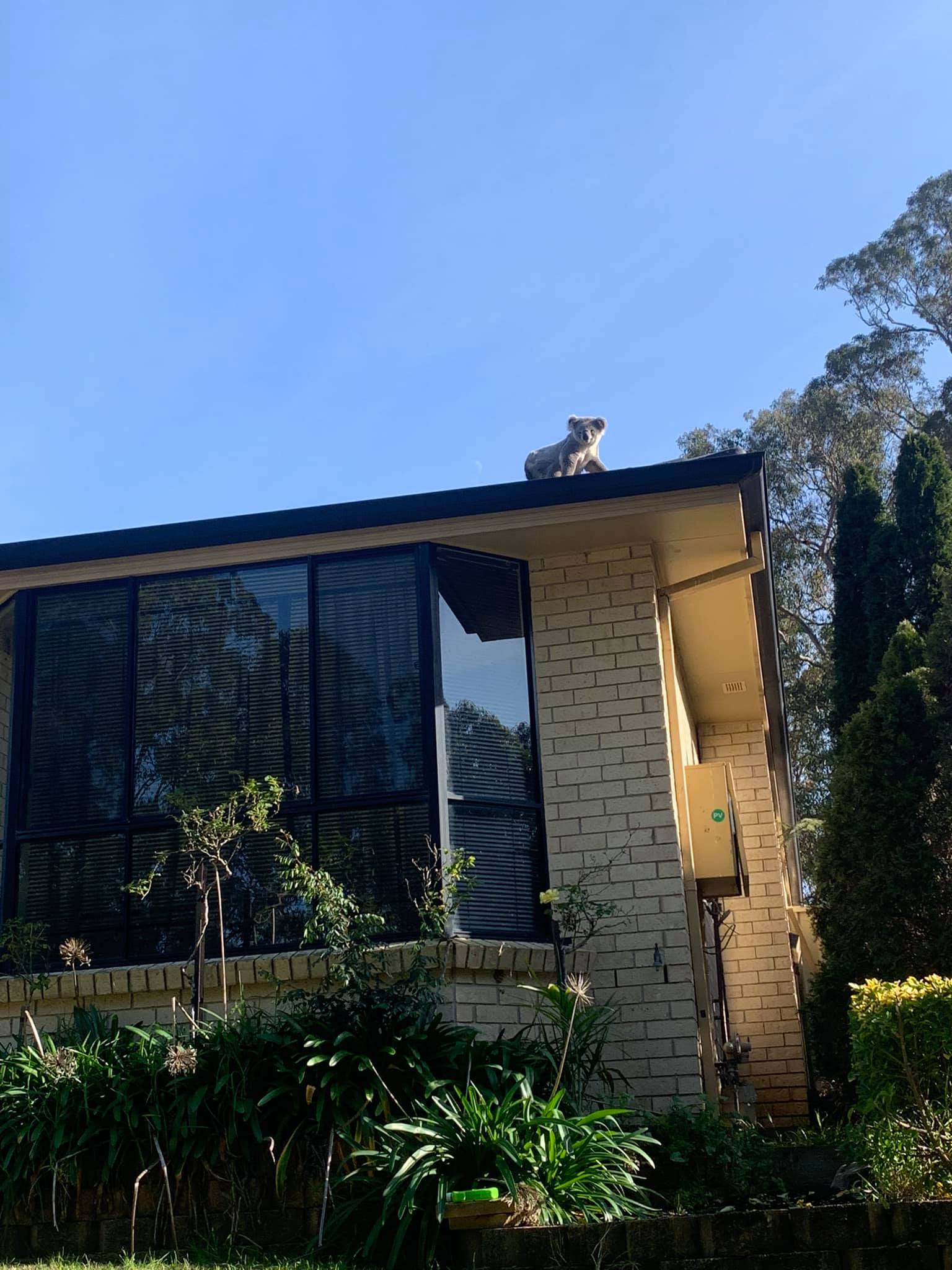 A large ladder was brought in to gain access to the animal before he was placed in a carrier and taken to a more appropriate home.

"This koala was well checked over and there was no reason for him to come into care, so he was taken to nearby bush where he was released back into his natural habitat and within minutes he was up high and eating," the group explained on the post. 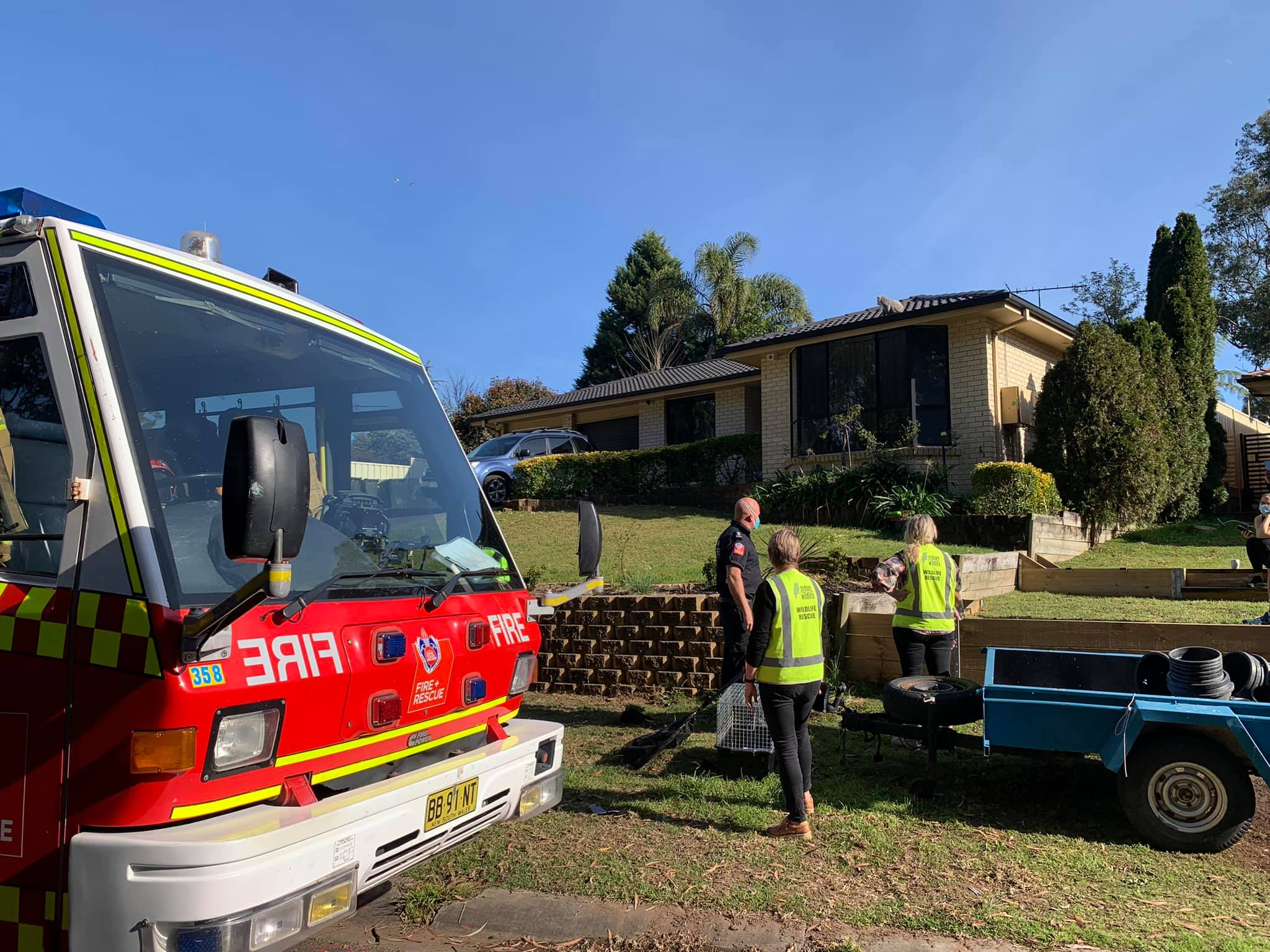 "It's not often this happens but we do attend some rescues where a koala is in a bit of a predicament and needing extra assistance."

The group is urging the community to immediately contact the experts if they see any sick, injured or displaced wildlife in need of help, such as Sydney Wildlife Rescue on 9413 4300. 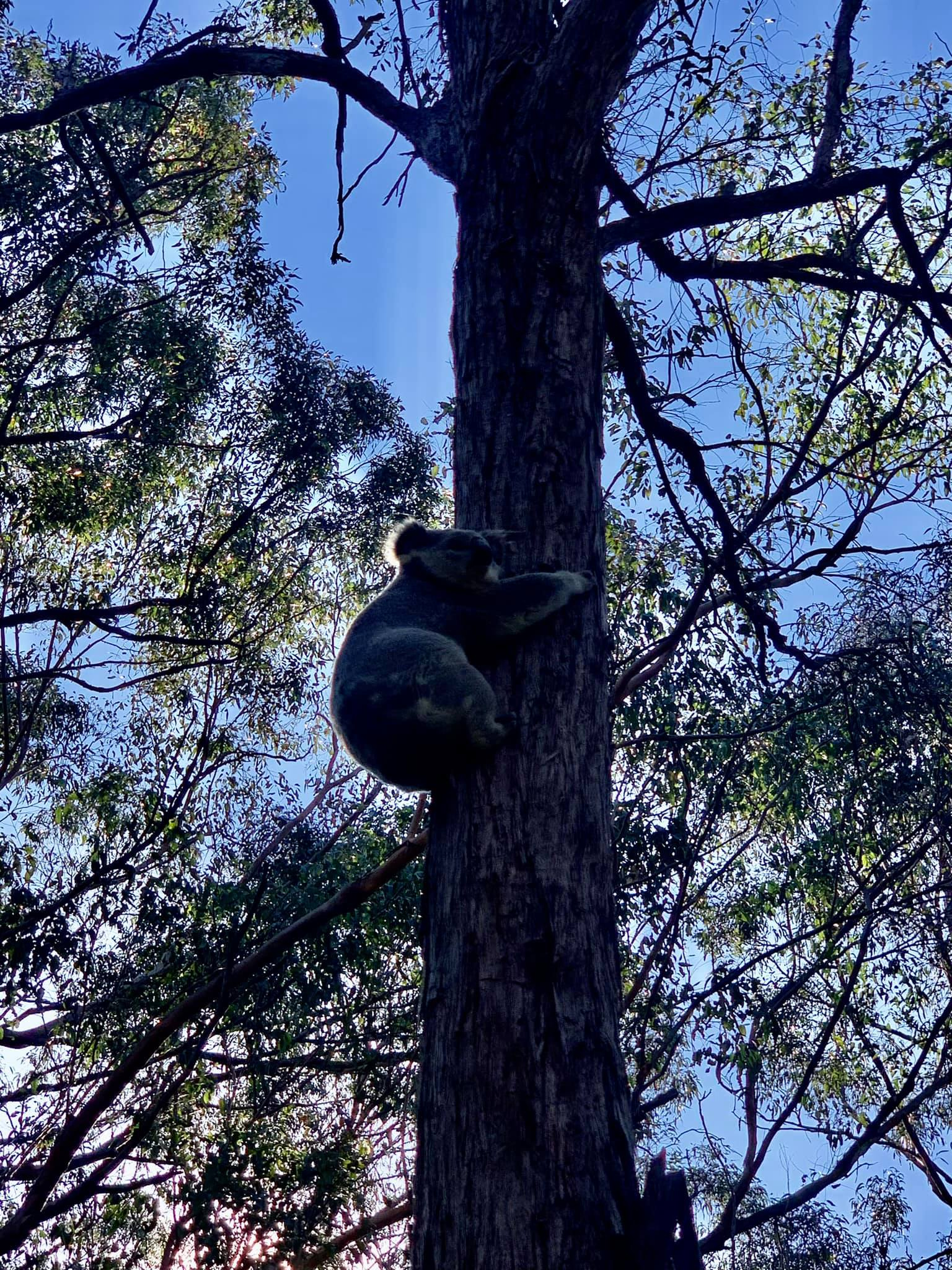