Rare footage of two female Southern Right Whales and their calves resting along the New South Wales South Coast has been captured by the Organisation for the Rescue and Research of Cetaceans in Australia (ORRCA) member Daryn McKenny.

Both calves didn't stray far from their mothers as they leisurely swam in the teal waters.

One of the calves rested themselves on its mothers back before returning to be by her side. 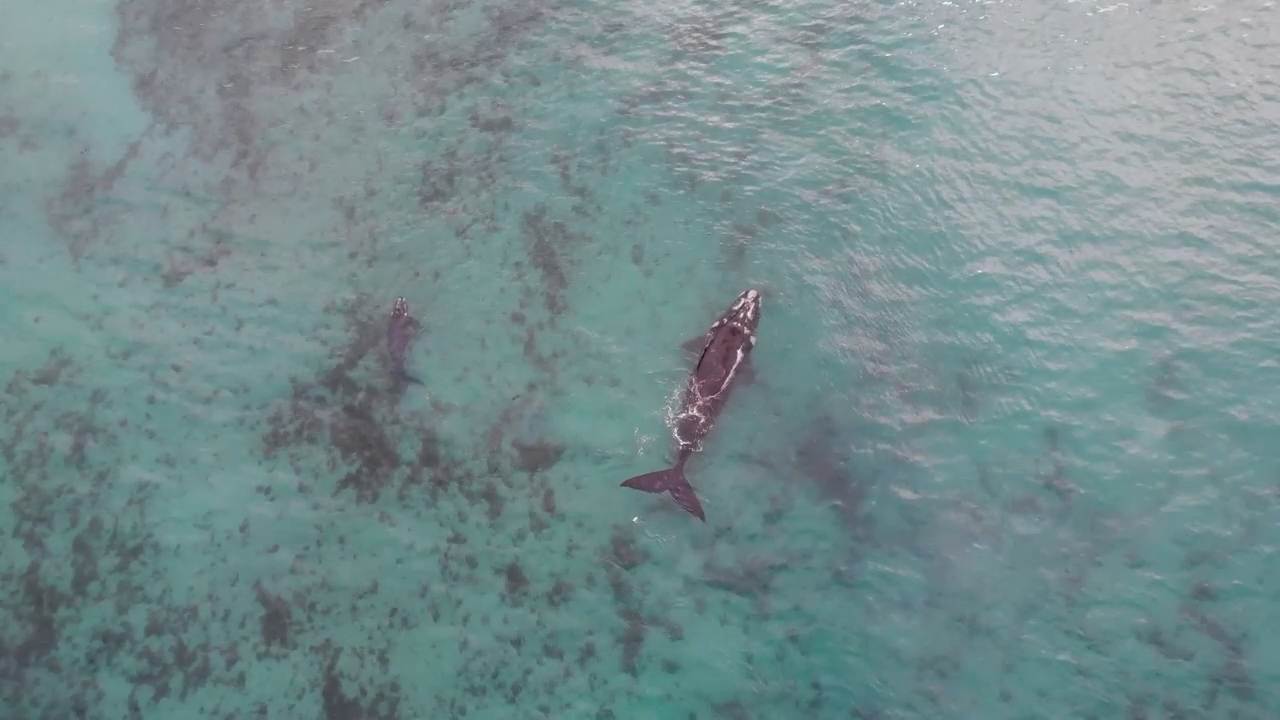 Distinct white marks known as callosities were spotted on the whales. The shape and pattern of the callosities are unique to each Southern Right whale as the patterns stay with them from birth.

A pod of dolphins also joined the whales, leaping and diving close by.

Despite being solitary mammals, Southern Right Whales occasionally migrate in pairs as shown in the footage. They swim slowly and don't remain in one place for a long period of time.

The whales have been spending a few days resting before recommencing their migration to the southern waters of the Southern Ocean for feeding. 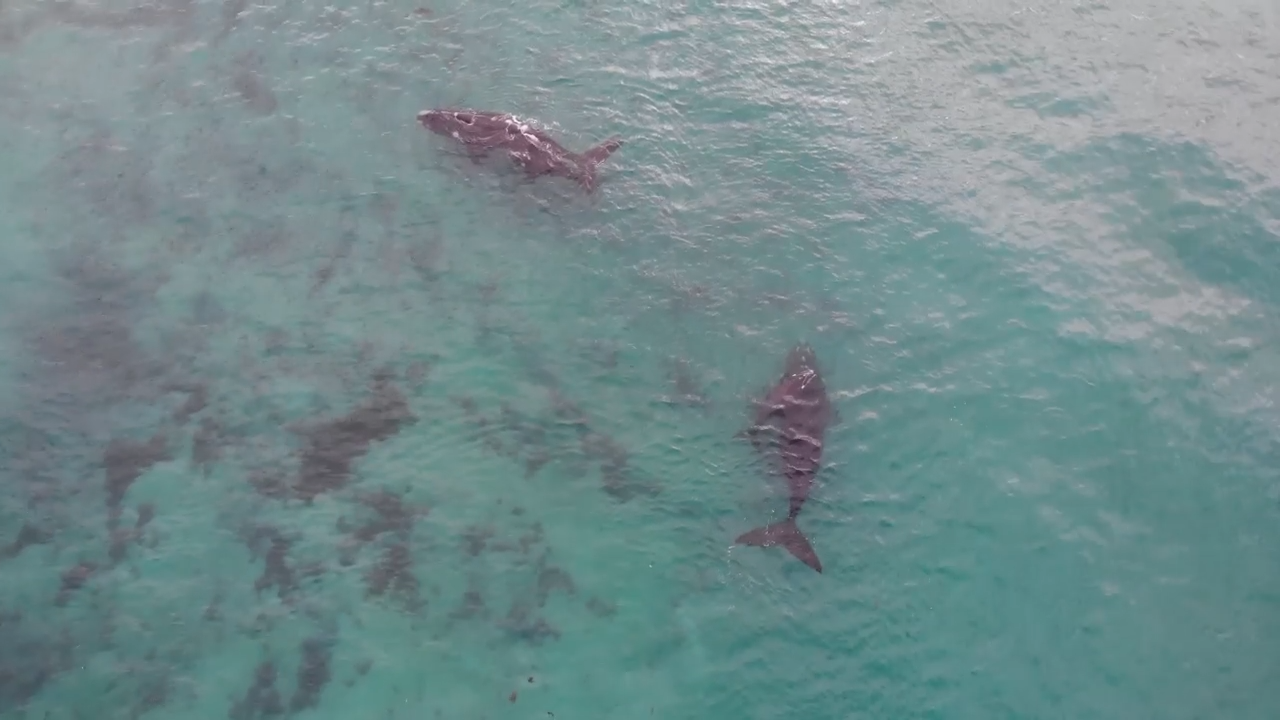 Almost 40,000 humpbacks whales have travel the Australian coastline each year.

In comparison, only a few hundred Southern Right Whales make up that number.