Deprived of their preferred food source — the bananas, peanuts and other goodies brought in by tourists now kept away by the coronavirus — hungry monkeys on the resort island of Bali have taken to raiding villagers’ homes in their search for food.

Villagers in Sangeh say the gray long-tailed macaques have been venturing out from a sanctuary about 500 meters away to hang out on their roofs and await the right time to swoop down and snatch a snack.

Worried that the sporadic sorties will escalate into an all-out monkey assault on the village, residents have been taking fruit, peanuts and other food to the Sangeh Monkey Forest to try to placate the primates. 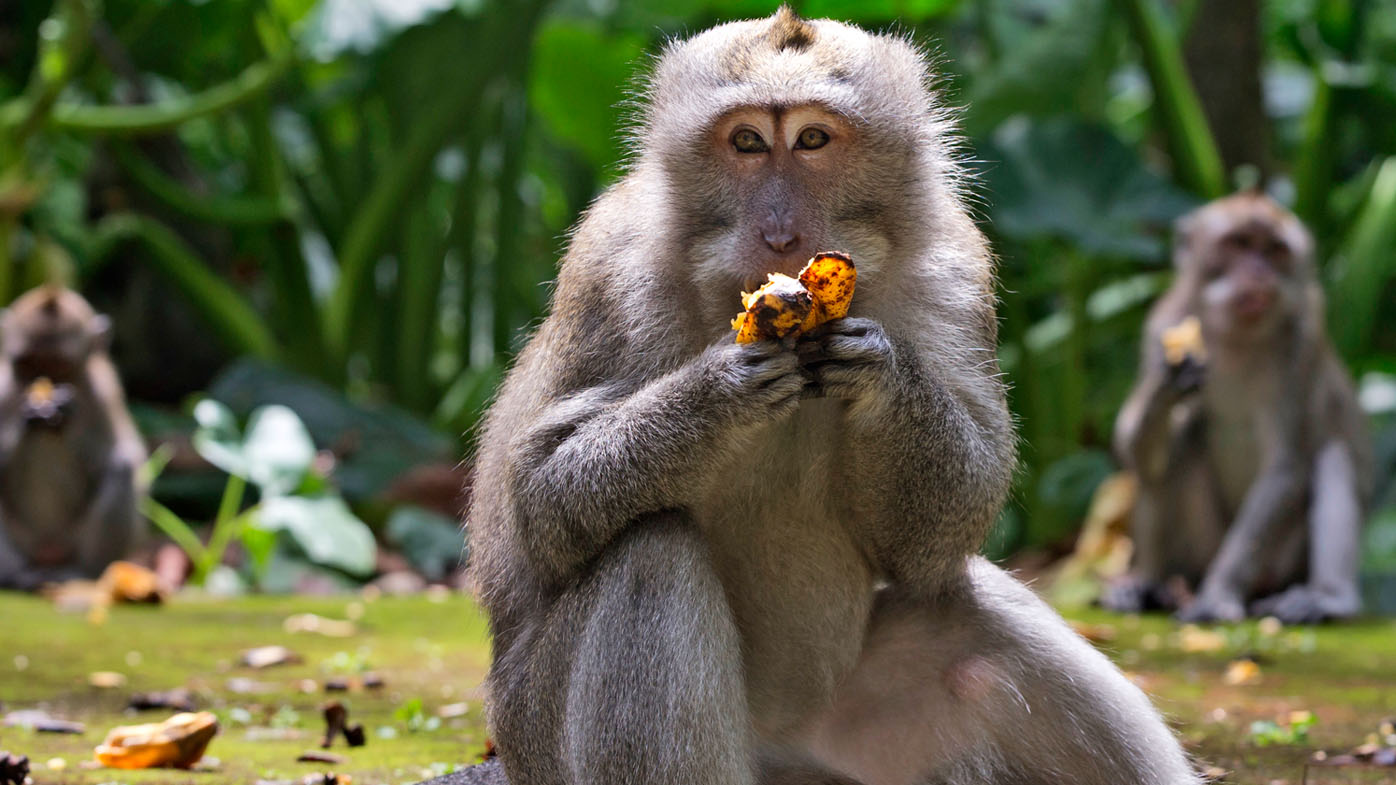 “We are afraid that the hungry monkeys will turn wild and vicious,” villager Saskara Gustu Alit said.

About 600 of the macaques live in the forest sanctuary, swinging from the tall nutmeg trees and leaping about the famous Pura Bukit Sari temple, and are considered sacred.

In normal times the protected jungle area in the southeast of the Indonesian island is popular among local residents for wedding photos, as well as among international visitors.

The relatively tame monkeys can be easily coaxed to sit on a shoulder or lap for a peanut or two.

Ordinarily, tourism is the main source of income for Bali’s four million residents, who welcomed more than five million foreign visitors annually before the pandemic. 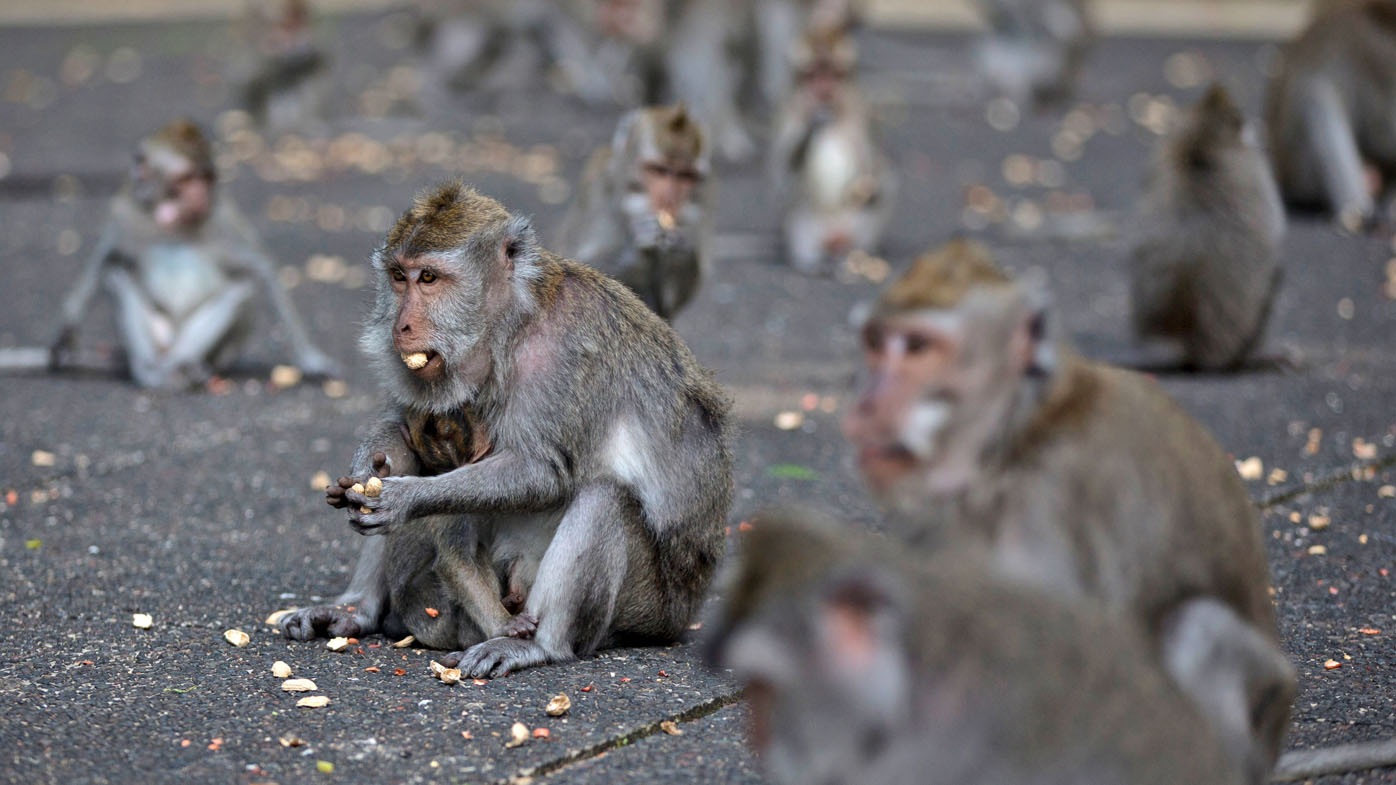 The Sangeh Monkey Forest typically had about 6,000 visitors a month, but as the pandemic spread last year and international travel dropped off dramatically, that number dropped to about 500.

Since July, when Indonesia banned all foreign travellers to the island and shut the sanctuary to local residents as well, there has been nobody.

Not only has that meant nobody bringing in extra food for the monkeys, the sanctuary has also lost out on its admission fees and is running low on money to purchase food for them, said operations manager Made Mohon.

The donations from villagers have helped, but they are also feeling the economic pinch and are gradually giving less and less, he said.

“This prolonged pandemic is beyond our expectations,” Made Mohon said, “Food for monkeys has become a problem.”

Food costs run about 850,000 rupiah a day, Made Mohon said, for 200 kilograms of cassava, the monkeys' staple food, and 10 kilograms of bananas.

The macaque is an omnivore and can eat a variety of animals and plants found in the jungle, but those in the Sangeh Monkey Forest have had enough contact with humans over the years that they seem to prefer other things.

And they’re not afraid to take matters into their own hands, Gustu Alit said. 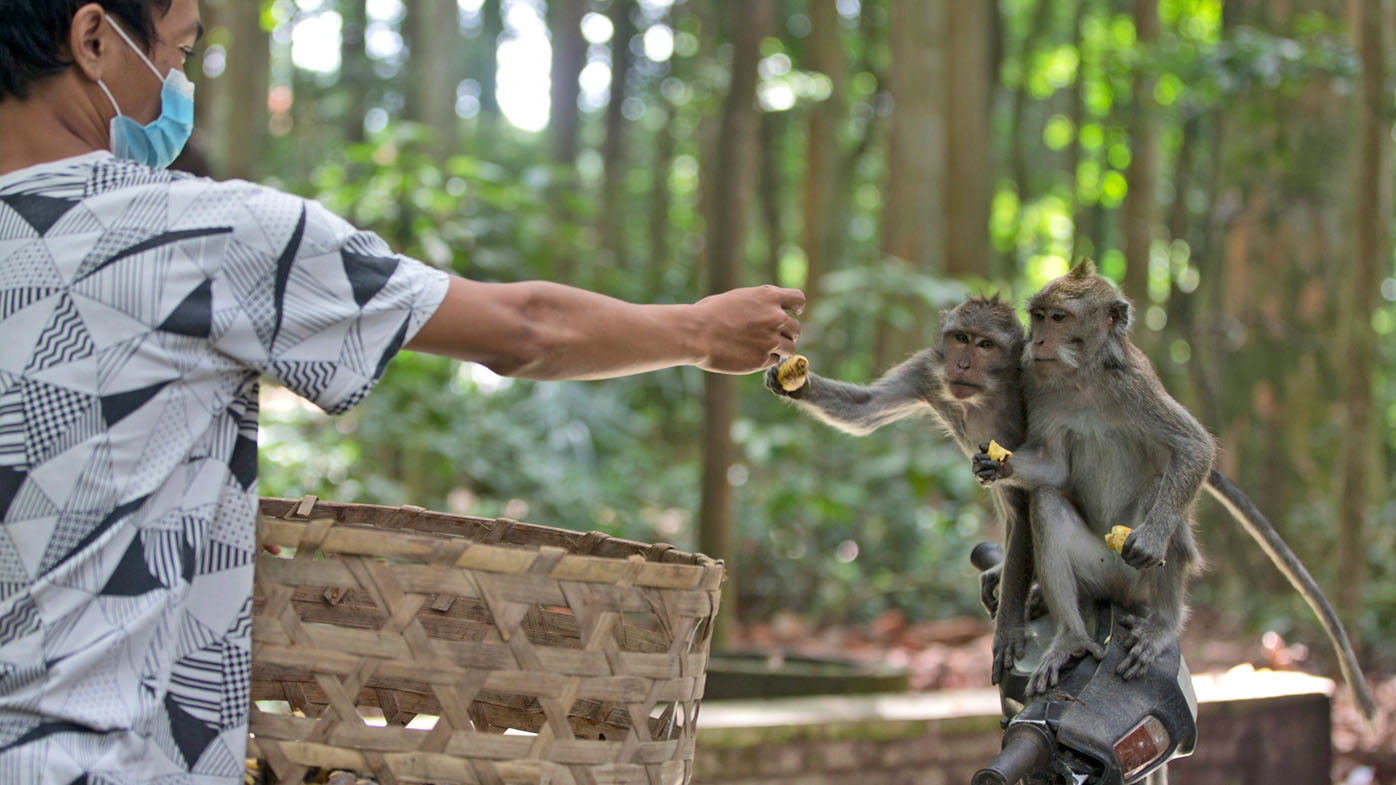 Frequently, monkeys wander into the village and sit on roofs, occasionally removing tiles and dropping them to the ground. When villagers put out daily religious offerings of food on their terraces, the monkeys jump down and make off with them.

“A few days ago I attended a traditional ceremony at a temple near the Sangeh forest,” Gustu Alit said.

“When I parked my car and took out two plastic bags containing food and flowers as offerings, two monkeys suddenly appeared and grabbed it all and ran into the forest very fast.”

Normally, the monkeys spend all day interacting with visitors — stealing sunglasses and water bottles, pulling at clothes, jumping on shoulders — and Gustu Alit theorizes that more than just being hungry, they’re bored.

“That’s why I have urged villagers here to come to the forest to play with the monkeys and offer them food,” he said. “I think they need to interact with humans as often as possible so that they do not go wild.”