Steve Brodie and his wife were doing their weekly shopping on Friday afternoon when a terror attack unfolded right in front of them.

Moments later, the 77-year-old former Salvation Army counsellor came face-to-face with the Isis-inspired terrorist as he held shut a perspex door, so his wife could run to safety. His son, John Brodie, described his father's actions as "heroic".

The 32-year-old terrorist entered the Countdown supermarket in New Lynn, Auckland, on Friday afternoon and stabbed multiple people, leaving three in a critical condition, with a knife picked up from the store's shelf. 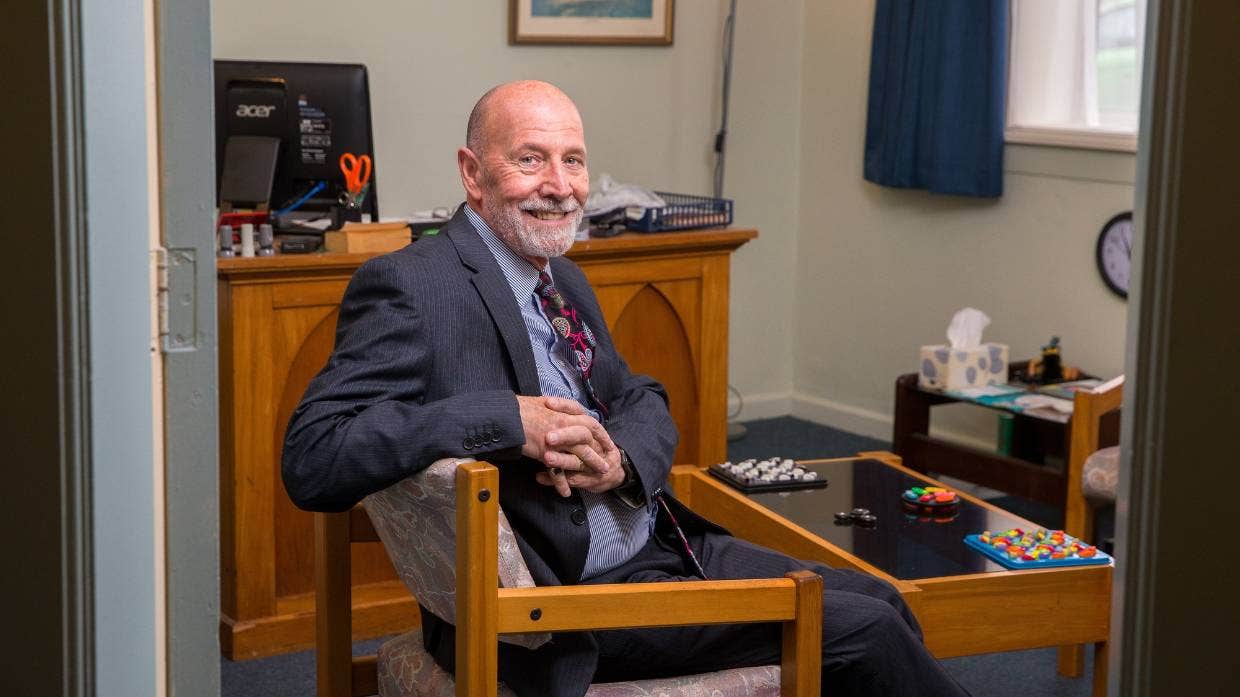 Mr Brodie's son, John Brodie, said his parents were doing their weekly shopping in separate areas of the supermarket when his father saw the stabbing unfold.

"Mum was somewhere else in the supermarket so he yelled out to get her to come to him so they could get out. They exited out the back, but the guy actually went for my dad, and my dad went behind the door and held it and let my mum escape out the back."

John Brodie said his father came "face-to-face" with the terrorist as he held the door.

"The terrorist was yelling out something …. and stabbed through the door, and it ripped dad's shirt. He got just a little scratch. Dad just let this yell out back, and the guy backed off."

Shortly afterward, John Brodie received a message from his parents saying there had been a terrorist attack, but they were ok. 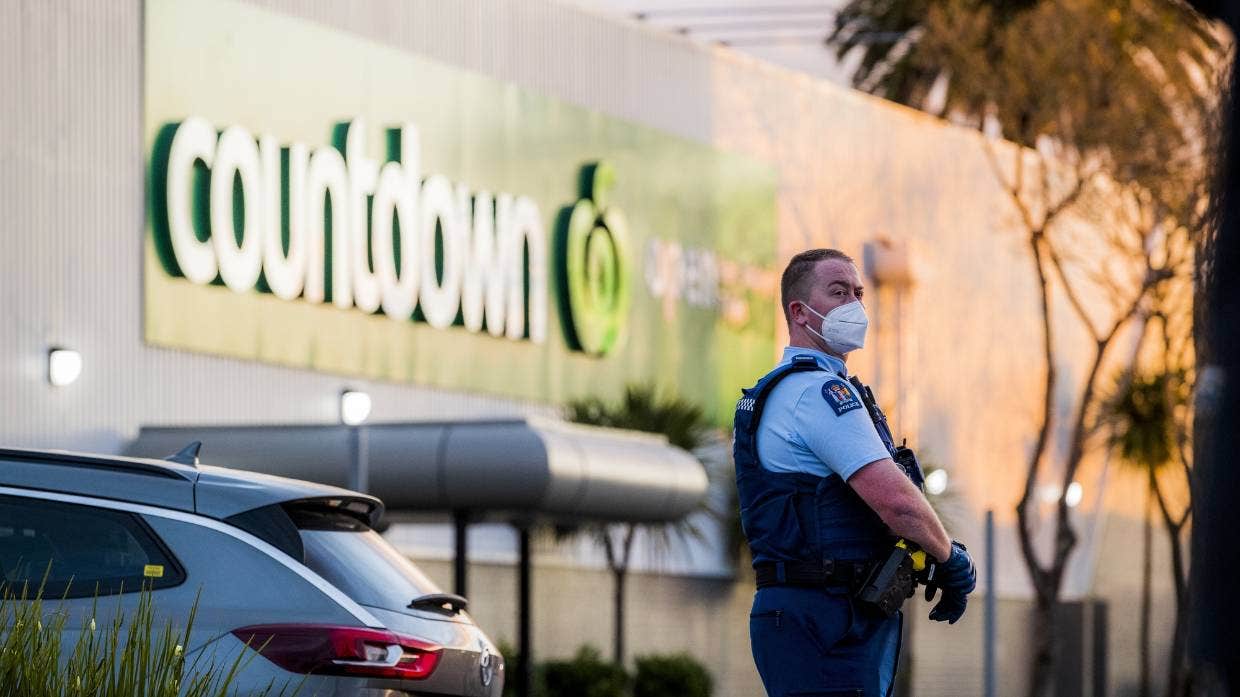 "I couldn't believe it, and the fact my dad saw some people get stabbed… it's absolutely terrifying."

He said his father was "a bit shaken up".

"It wouldn't have sunk in, I think until probably about now. He's doing well considering, it's hard to tell how any of us would feel in that situation."

John said his father was "heroic".

"There's no other word for it."

Steve Brodie declined to comment. He left South Canterbury after 32 years in 2017 and headed to Auckland to be closer to his children and grandchildren.

He was a pastor at Elim Church and St Peter's Church, manager at Radio Rhema, a workplace support counsellor, and a school chaplain at Marchwiel Primary School, before a 16-year stint with the South Canterbury Violence Intervention Project. 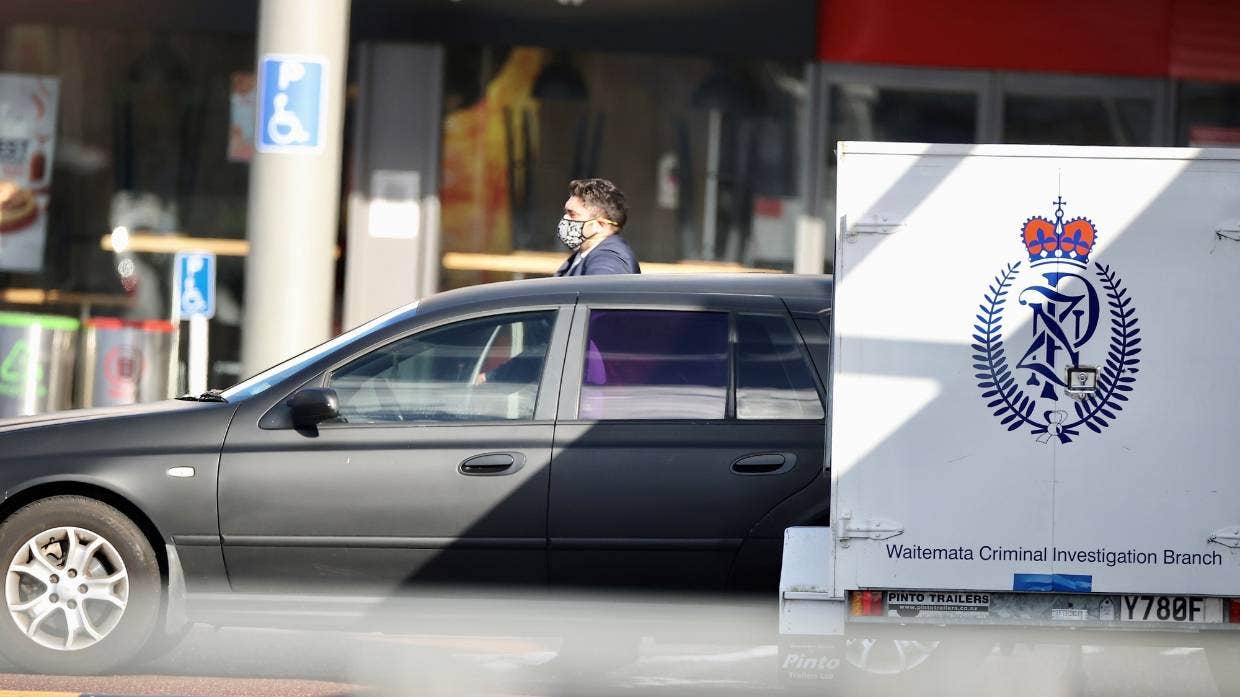 One victim had suffered a dislocated shoulder.

"Our thoughts remain with the victims of this horrific attack and their loved ones, who will be suffering great anguish," Mr Coster said.

The terrorist had been under 24/7 surveillance by police, and officers, within minutes, shot the man dead. He was a supporter of the extremist ideology of the Islamic State of Iraq and Syria (Isis), a designated terror group.

This story originally appeared on stuff.co.nz and has been republished with permission