Adult film actor Ron Jeremy leveraged the novelty of his celebrity to meet and often isolate women whom he raped and sexually assaulted, using the same tactics for years, according to grand jury testimony from 21 women that was unsealed on the weekend in the US.

“Wouldn't it be funny if we got a picture and an autograph from him?” one woman, identified only as Jane Doe 8, said she remembered telling her friend when they saw Jeremy in 2013 at a West Hollywood bar and grill.

He would sexually assault her minutes later, testified the woman, one of several who said their attacks came in the same small bathroom. 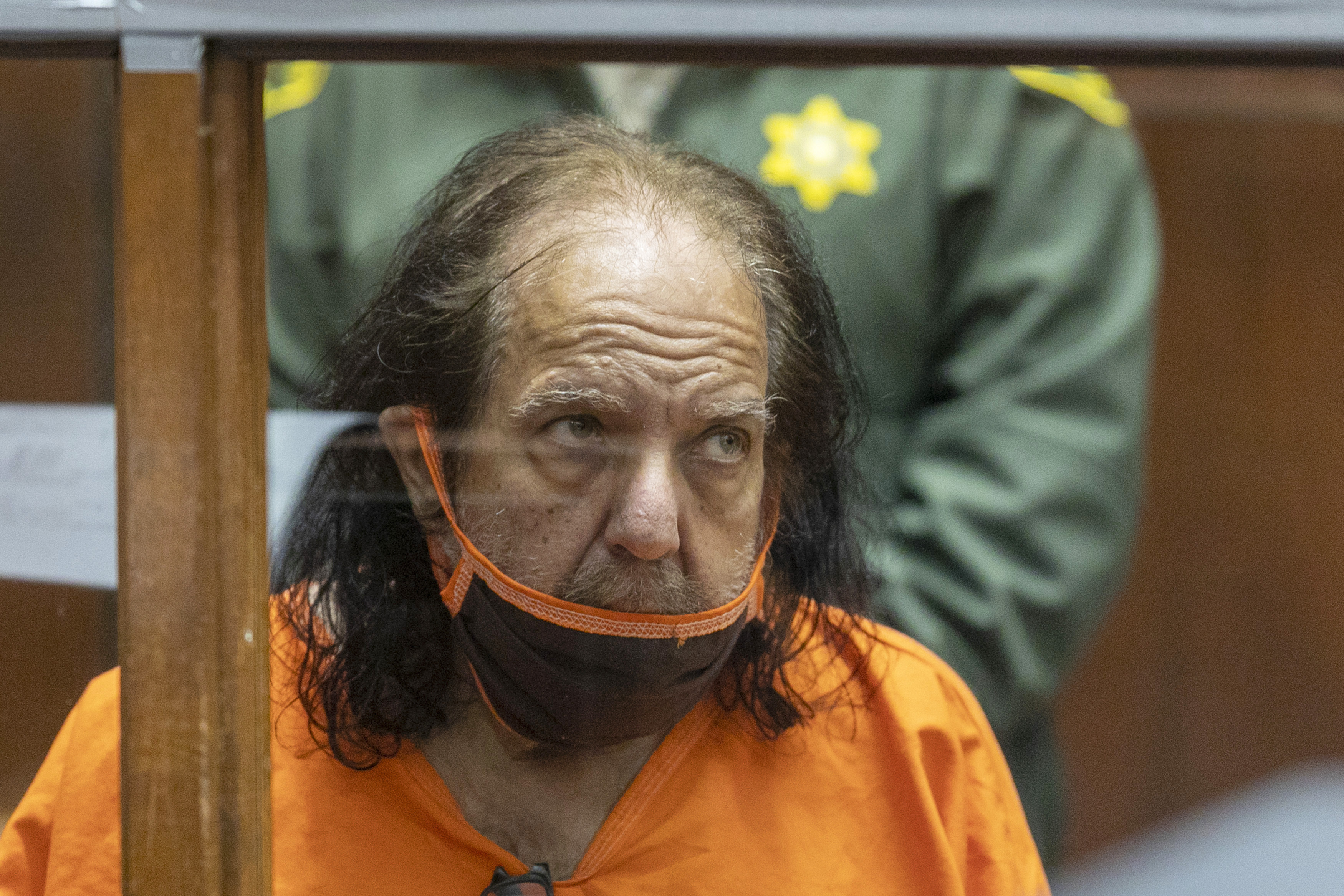 Jeremy, 68, whose legal name is Ronald Jeremy Hyatt, pleaded not guilty to more than 30 counts of sexual assault, including 12 counts of rape, when the Los Angeles County grand jury returned an indictment against him on August 25.

He has been in jail since his arrest in June 2020.

His attorney, Stuart Goldfarb, has said he is “innocent of all the charges" and they would prove it.

An email seeking further comment from Mr Goldfarb on Saturday was not immediately returned.

He has long been a magnet for seekers of autographs and selfies, which is how most of the women and girls aged 15 to 51 he is accused of assaulting first met him.

Some didn't even recognise him initially, but they came into his orbit because of the air of fame around him.

A woman whom Jeremy is charged with sexually assaulting when she was 15 in 2004 said she approached him at a rave he was hosting in Santa Clarita, California.

“I didn't know who he was, but I just — everyone told me he was famous so I was excited to meet a celebrity," said the woman, now 33, known as Jane Doe 5.

After they met, he invited her backstage, where he asked her if she wanted to see “something cool,” then lifted her in the air, put his hand under her skirt and molested her, she claimed.

Many women described Jeremy allegedly using the same methods in the same places.

He was a popular regular at the Rainbow Bar and Grill on the Sunset Strip in West Hollywood, where he had permission to use the employee bathroom.

He would allegedly lure women there by offering to show them the kitchen where the restaurant made its famous pizzas, or by telling them he knew a bathroom they could use when the public restrooms were closed after last call.

He would follow them into the small space, lock the door behind them, use his considerable size to block them from leaving, then rape them or engage in other sexual assault, several women alleged.

Jane Doe 8 claimed that before her assault, she told Jeremy they were staying at the Loew's Hollywood Hotel but did not tell him the room number.

He appeared at the door the next day, she said. 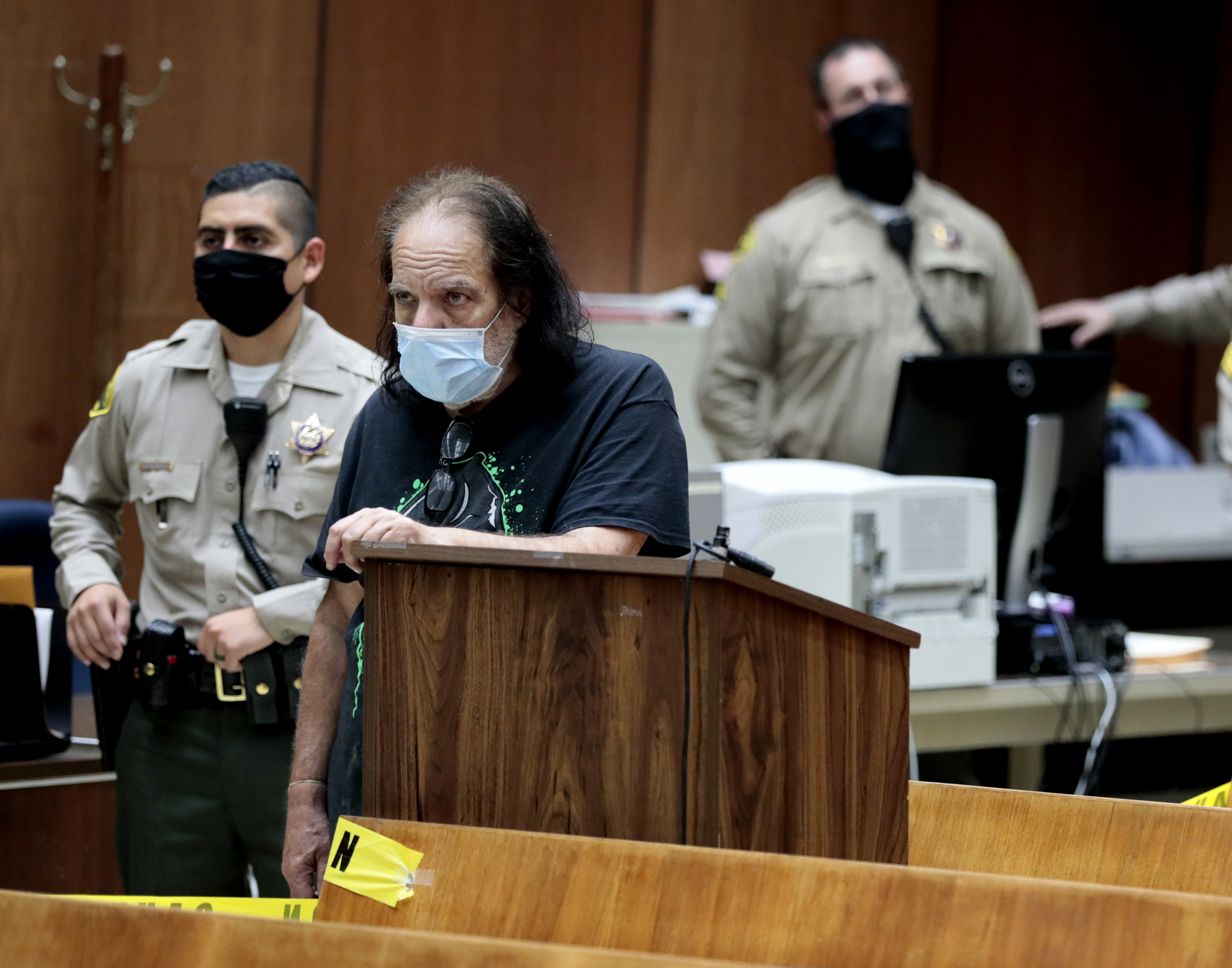 “I have connections all over this town,” she claimed to remember him saying when she asked how he found them.

She had not told her friend, Jane Doe 7, about the alleged assault, and failed in her attempts to get her out of the room, where Jeremy would allegedly rape her, according to their testimony.

Several women claimed Jeremy asked them to write a note about their experience on a napkin or scrap of paper in what prosecutors called an attempt to gain evidence of consent after the fact.

Jeremy also gave some alleged victims cash after the attacks for what prosecutors said were similar reasons.

“He just out of nowhere just tossed money at me,” said a woman who got a US$100 bill from Jeremy after he allegedly raped her in 2019 in the Rainbow Bar and Grill's bathroom.

The woman's boyfriend and brother had warned her to stay away from Jeremy earlier in the evening when she asked who he was, but she took a picture with him anyway when she saw several others doing it.

She testified that she got into the car with them holding the cash and said, "This came from that guy you guys told me to stay away from. He just raped me in the bathroom."

The woman went to the police about an hour later, becoming one of the few who reported their assaults immediately.

“He's a celebrity and what he's known for is having sex with people on camera for money,” said Jane Doe 7, who like many of the accusers came forward only after Jeremy was arrested last year.

“I thought there is no way anyone is going to believe me, and I just wanted to get out of there and forget all about it.”