A surfer mauled to death by a shark on the NSW Mid-North Coast had been married for just a few months and will never get to meet his child.

Tim Thompson died on the sand at Shelley Beach, just north of Coffs Harbour at the weekend, despite the best efforts of fellow surfers to save him.

Mr Thompson leaves behind his pregnant wife Katie and their first baby is due in January.

READ MORE: Man dies after being bitten by shark near Coffs Harbour 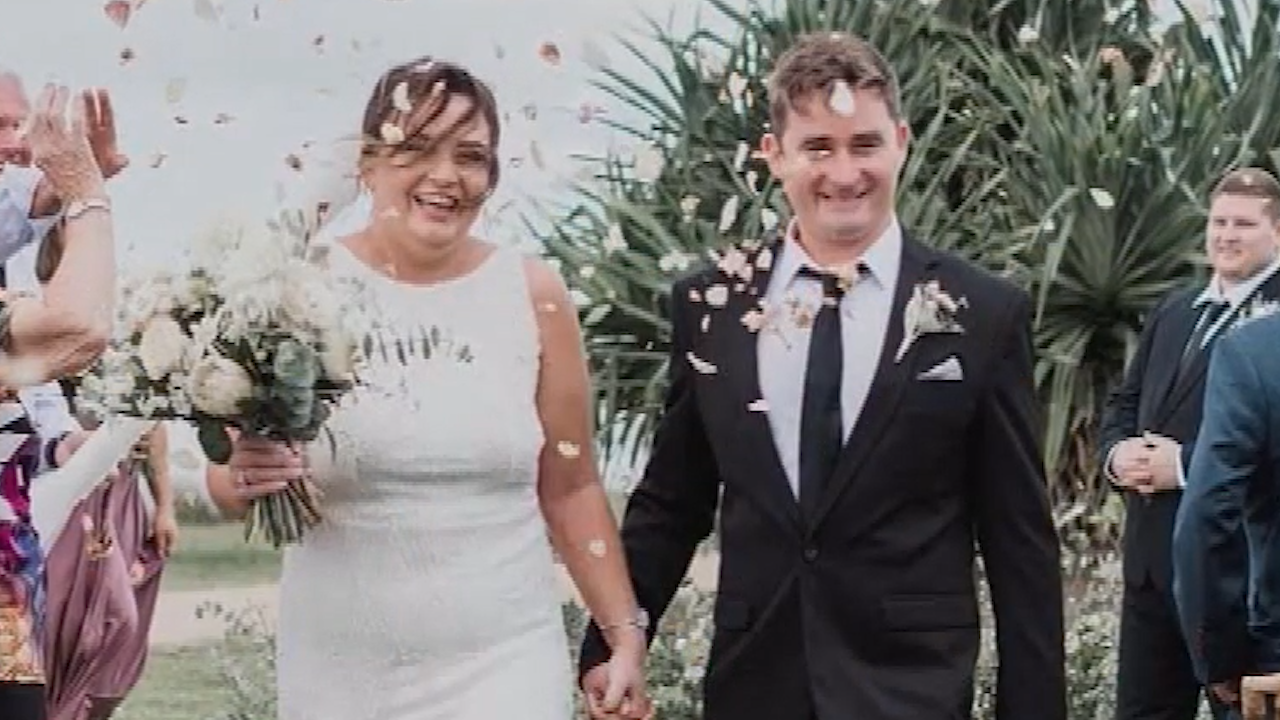 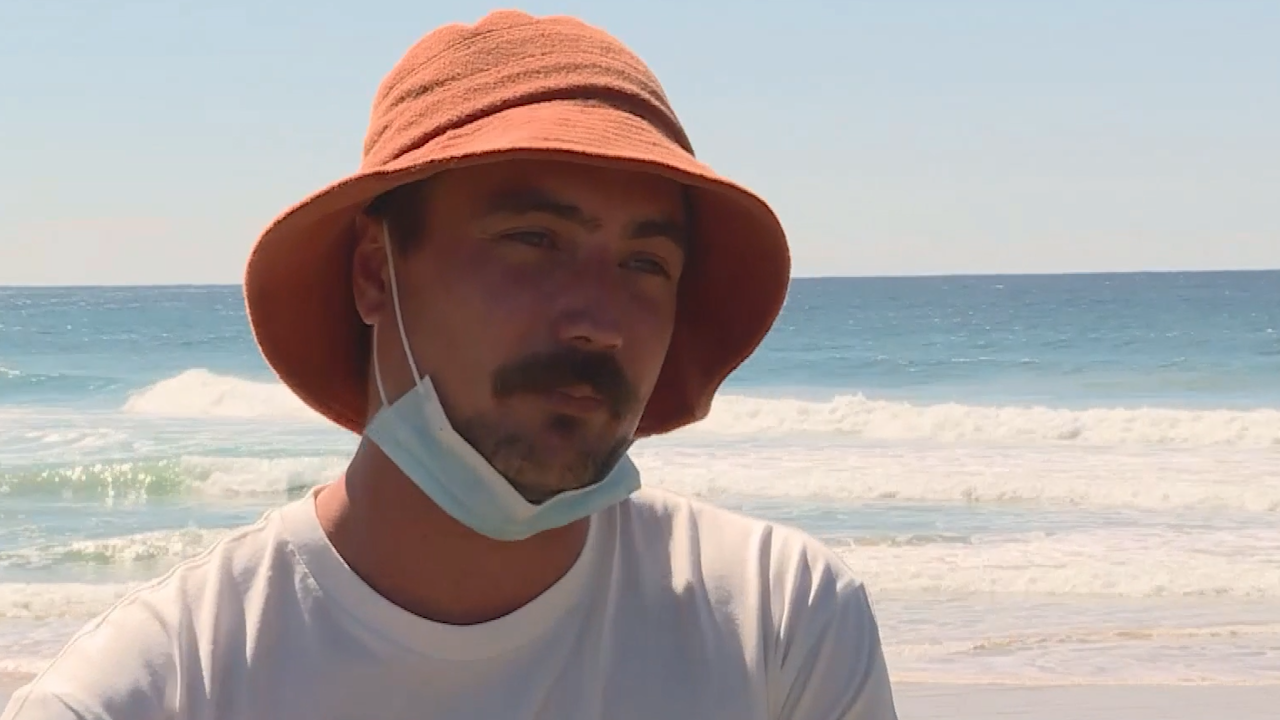 "My heart aches for our baby who will never get to meet you," she wrote on Facebook today.

Mr Thompson was bitten on the arm by what's believed to be a great white shark while surfing yesterday morning.

Hugh Riley was also out in the water just 20 metres away.

"Saw the cloud of blood and him hanging onto his board trying to get himself to shore," Mr Riley told 9News. "It was a very harrowing experience – he had some pretty horrendous injuries."

Mr Riley and his three mates dragged Mr Thompson from the water and performed CPR for 10 minutes until paramedics arrived.

"Pulled him up the beach – tourniquet his arm – just did everything we could that we knew of," he said.

"Fight or flight and we all fought." 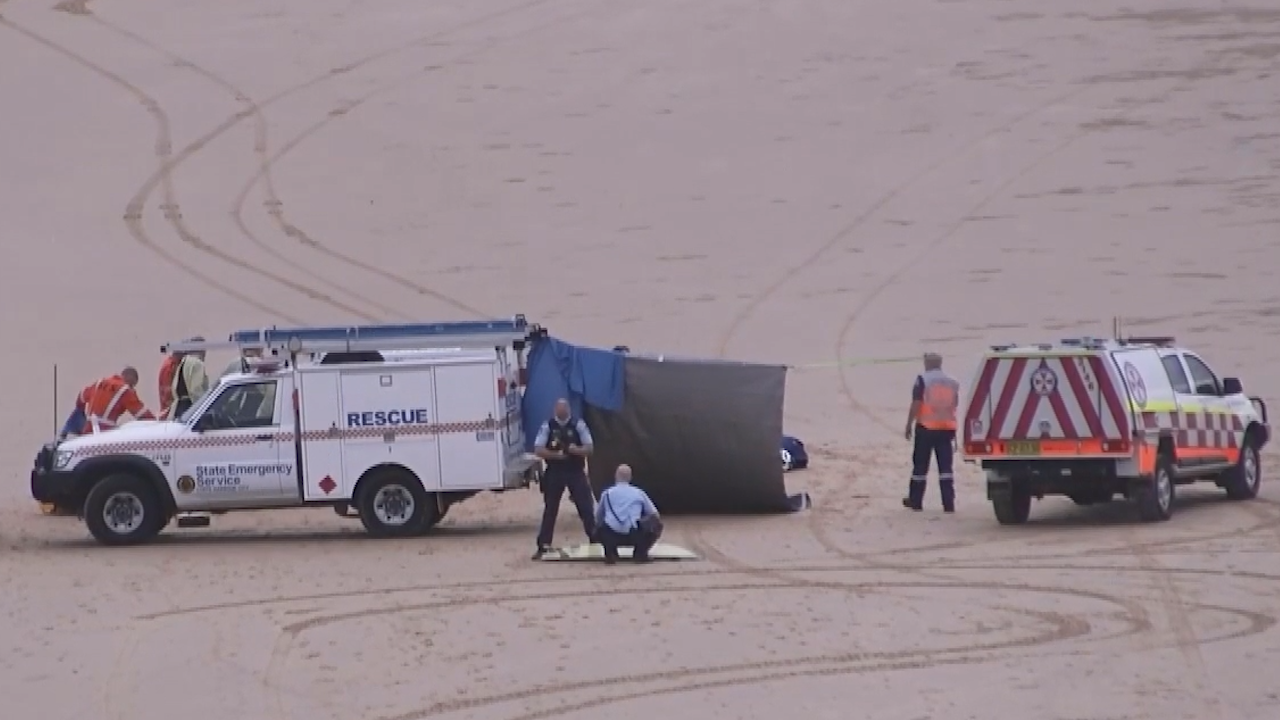 Witness Aaron Armstrong said he saw the surfers trying to save the dad-to-be's life.

"You saw them stop the CPR – jump on the defib – and people just trying to keep this beautiful soul alive," Mr Armstrong said.

Today lifeguards used a drone to search nearby waters for any sharks but all they spotted were tuna and baitfish.

Mr Thompson has been described as kind and generous, he loved the ocean and surfing. The couple had only moved back to the area three years ago.