The Taliban say they have seized the last province not in their control after their blitz through Afghanistan last month, apparently overrunning forces who had opposed their takeover.

Thousands of Taliban fighters charged into eight districts of Panjshir province overnight, according to witnesses from the area who spoke on condition of anonymity because they feared for their safety. Taliban spokesman Zabihullah Mujahid confirmed that the province, which is north of the capital, was now held by their fighters.

"We tried our best to solve the problem through negotiations, and they rejected talks and then we had to send our forces to fight," Mujahid told a news conference in Kabul later Monday (Tuesday morning AEST). 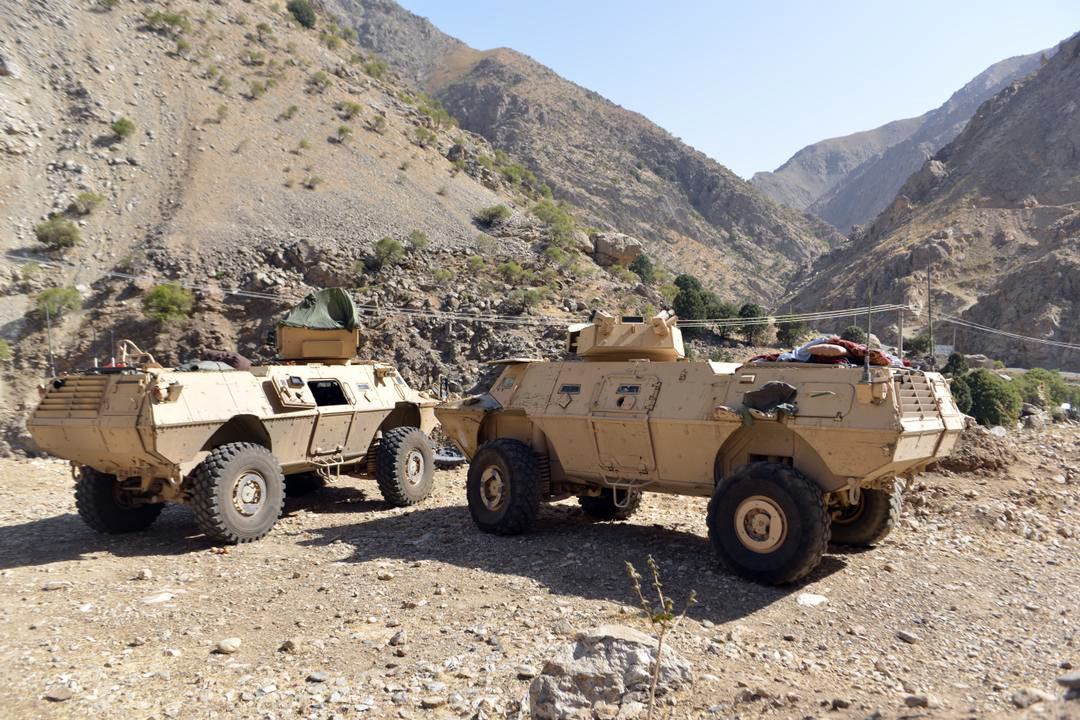 The resisting forces were led by the former vice president, Amrullah Saleh, and also the son of the iconic anti-Taliban fighter Ahmad Shah Massoud. Experts had doubted that the holdout efforts could succeed long-term against the Taliban, whose rapid advance through Afghanistan met little resistance in the final days of America's 20-year war in the country.

The US withdrew its last troops a week ago and ended a harrowing airlift to evacuate Western citizens and their Afghan allies that was marred by scenes of desperation and horrific violence.

During that evacuation, thousands of people descended on Kabul's airport, hoping to flee the country because they feared what the Taliban's rule might hold, given their history of repression, particularly of women. At one point, an Islamic State suicide bomber targeted the crowds, killing 169 Afghans and 13 American service members.

Many people are still hoping to leave the country, but with Kabul's airport not yet running international flights, their choices are few. In the country's north, officials said Sunday that at least four planes chartered to evacuate several hundred people have been unable to leave the country for days. But there were conflicting accounts about why.

READ MORE: US Commander reflects on Afghanistan war ahead of September 11 anniversary The US is under pressure to help the remaining Americans and green card holders leave the country, and it has promised to work with the new Taliban rulers do that — but it has given no timeframe.

An Afghan official at the airport in the northern city of Mazar-e-Sharif said that the would-be passengers were Afghans, many of whom did not have passports or visas, and thus were unable to leave. Speaking on condition of anonymity because he was not authorised to talk to reporters, he said they had left the airport while the situation was being sorted out.

But the top Republican on the US House Foreign Affairs Committee said that the group included Americans and that they had boarded planes but the Taliban were not letting them take off, effectively "holding them hostage". Rep. Michael McCaul of Texas told Fox News Sunday that American citizens and Afghan interpreters were being kept on six planes. 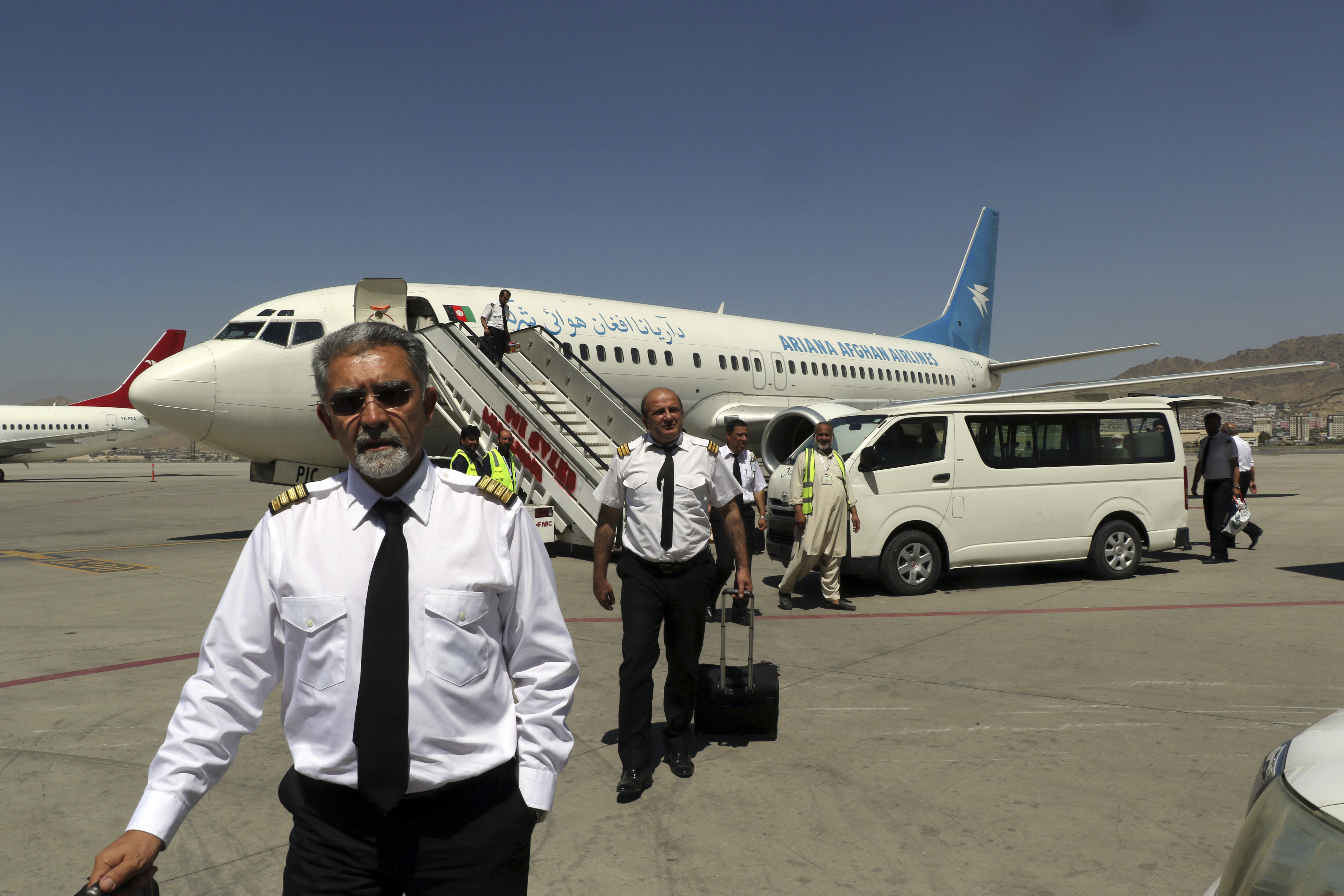 He did not say where that information came from, and it was not immediately possible to reconcile the two accounts. The State Department has said it has no reliable way to confirm information about such charter flights.

But the US has helped a family of four American citizens to flee through an overland route, according to American official. The official would not give details of the evacuation or say which country they went to, citing security reasons and the need to preserve the possibility of using the route again. The official spoke on condition of anonymity because they were not authorised to speak publicly due to the sensitivity of the matter.

It was the first overland extraction the US government has confirmed since it ended its air evacuation efforts.

Meanwhile, the Taliban say they are working to repair Kabul's airport, where only domestic flights have resumed and just during the day for now. Mujahid, the group's spokesman, told reporters Monday that American soldiers destroyed millions of dollars in equipment before departing, including the critical radar system. Technical experts from Qatar and Turkey have begun repairs, though it's not clear when the airport will be up and running. 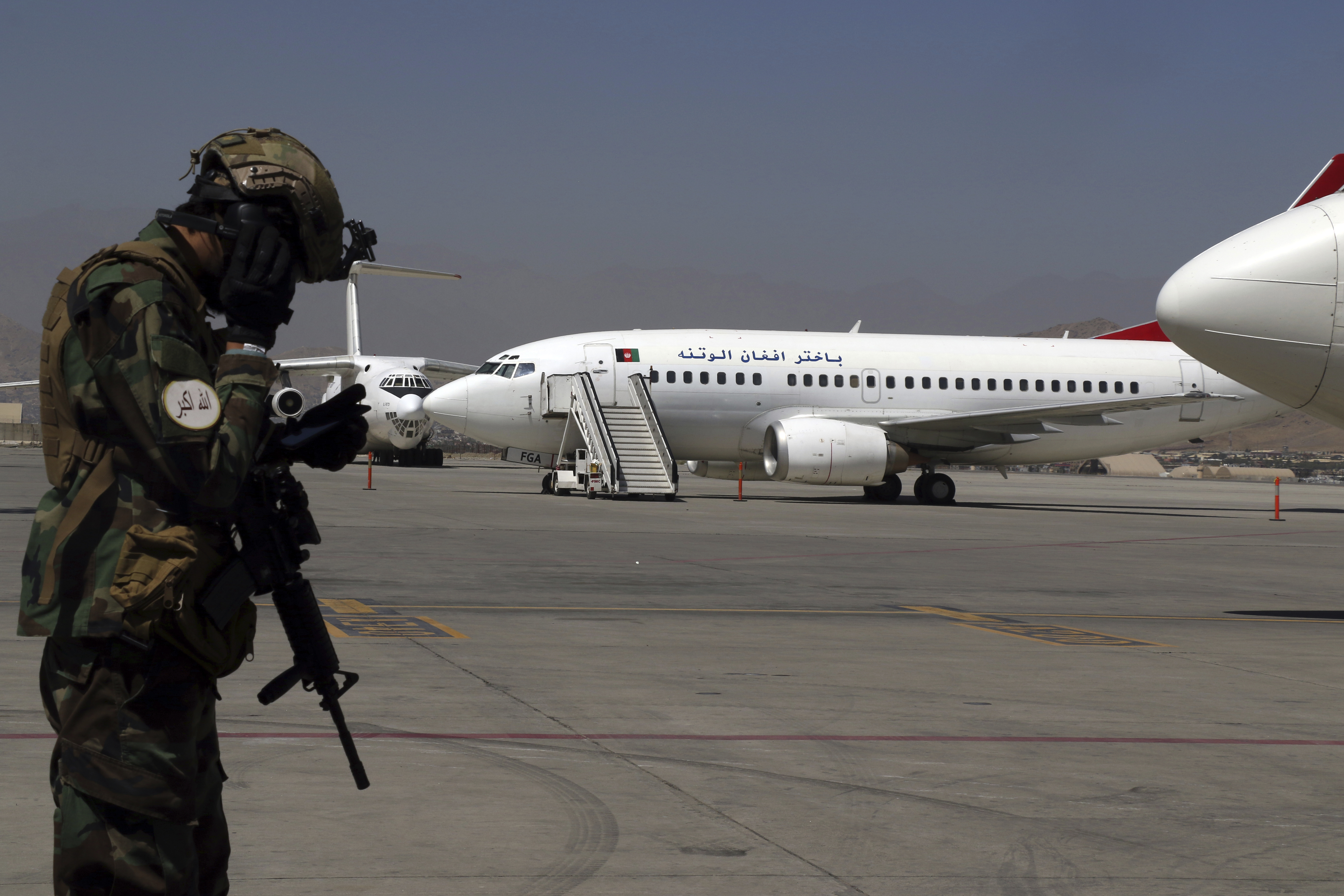 The Taliban have pledged to allow anyone with the proper legal documents to leave the country — and several countries have said they are watching closely to see if the new rulers make good on that pledge. The Taliban have generally promised to govern more moderately than when they were last in power in the late 1990s and became global pariahs for their harsh interpretation of Islamic law and restrictions on women.

Still, experts did not think the anti-Taliban fighters in Panjshir, the last holdout province, had much of a chance, even given the area's geographical advantage.

Nestled in the towering Hindu Kush mountains, the Panjshir Valley has a single narrow entrance. Local fighters held off the Soviets there in the 1980s and also, for a brief time, the Taliban a decade later under the leadership of Massoud.

Massoud's son Ahmad called for an end to the fighting on Sunday. The young British-schooled Massoud said his forces were ready to lay down their weapons but only if the Taliban agreed to end their assault. Late on Sunday dozens of vehicles loaded with Taliban fighters were seen swarming into the Panjshir Valley.

READ MORE: Biden defends US withdrawal from Afghanistan after end of longest war 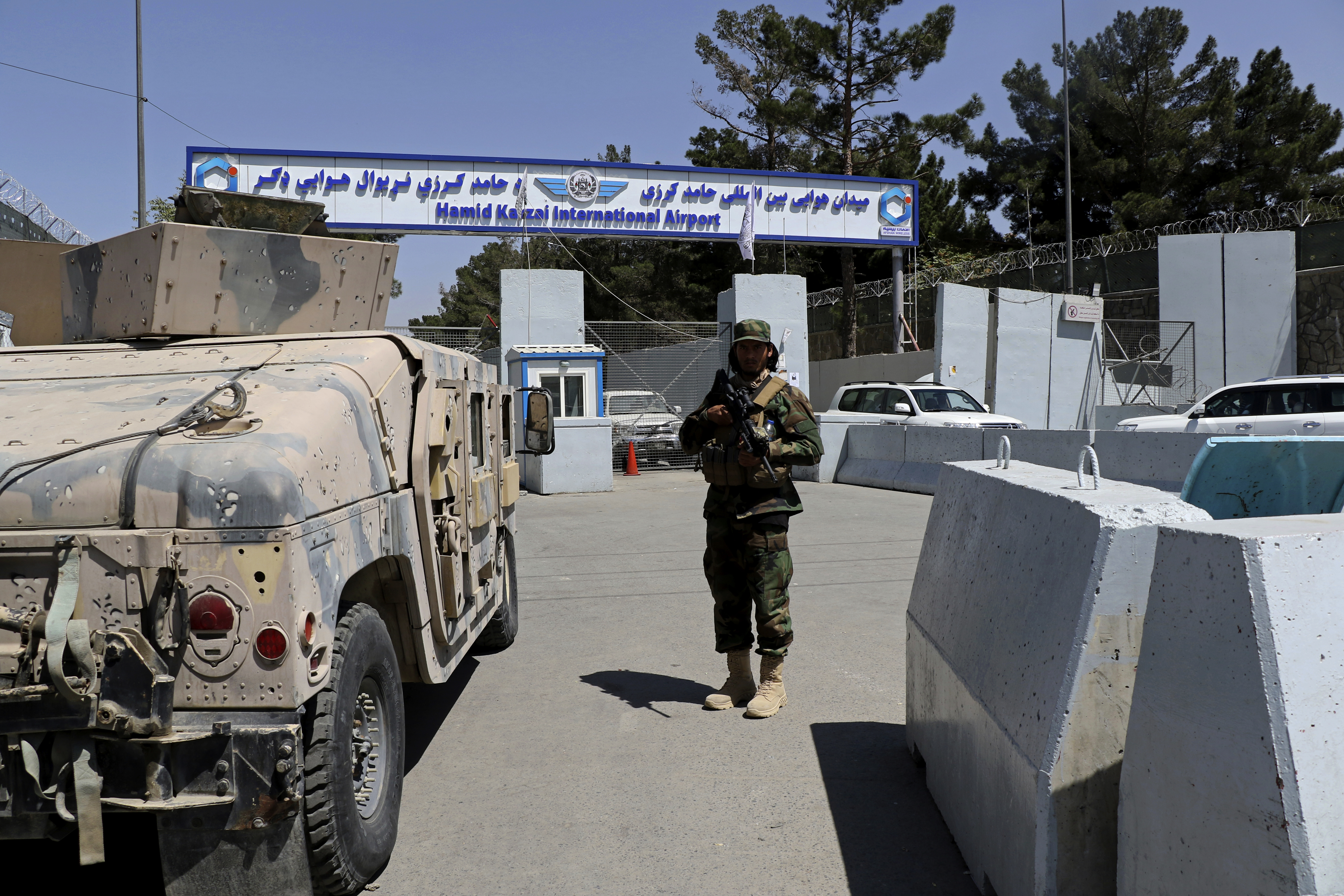 In a second statement Monday, a now-defiant Massoud accused the Taliban of attacking even as they were ready to agree to a cease-fire. He vowed to fight on, urged Afghans to join in their battle against the Taliban and chastised the international community for giving the Taliban a platform by opening negotiations with them.

There has been no statement from Saleh, Afghanistan's former vice president who had declared himself the acting president after President Ashraf Ghani fled the country on August 15 as the Taliban reached the gates of the capital.

The whereabouts of Saleh and the young Massoud were not immediately known Monday.

Mujahid, the Taliban spokesman, sought to assure residents of Panjshir that they would be safe — even as scores of families reportedly fled into the mountains ahead of the Taliban's arrival.

"There is no need for any more fighting," Mujahid said at the news conference. "All Panjshir people and those who live in Panjshir are our brothers and they are part of our country." The Taliban had stepped up their assault on Panjshir on Sunday, tweeting that their forces overran Rokha district, one of the largest in the province.

Mujahid also told reporters that the Taliban would announce a new government "within days" — one that would be inclusive, he said, without elaborating. Once the government is formed, members of the former Afghan army and security forces would be asked to return to work to form an army with Taliban fighters, he added.

Asked what rights women would have under the Taliban, Mujahid promised all women would eventually be "asked to return" to their jobs.

The Taliban have claimed unspecified "security reasons" are behind the current slow pace of return of Afghan women to their workplaces and also behind restricting women to their homes, unless accompanied by a male guardian. But many who remember their previous rule are skeptical.