Most of the 2749 people who died in the September 11 attacks on the World Trade Center were above the point of impact when the two planes hit the twin towers.

A 2004 study, conducted by US federal investigators, with the National Institute of Standards and Technology, painted a comprehensive picture of who died where in the twin towers.

Investigators concluded 1466 tenants and visitors died in the North Tower, which was struck first by American Airlines Flight 11 at 8.46am, while 624 people died in the South Tower. 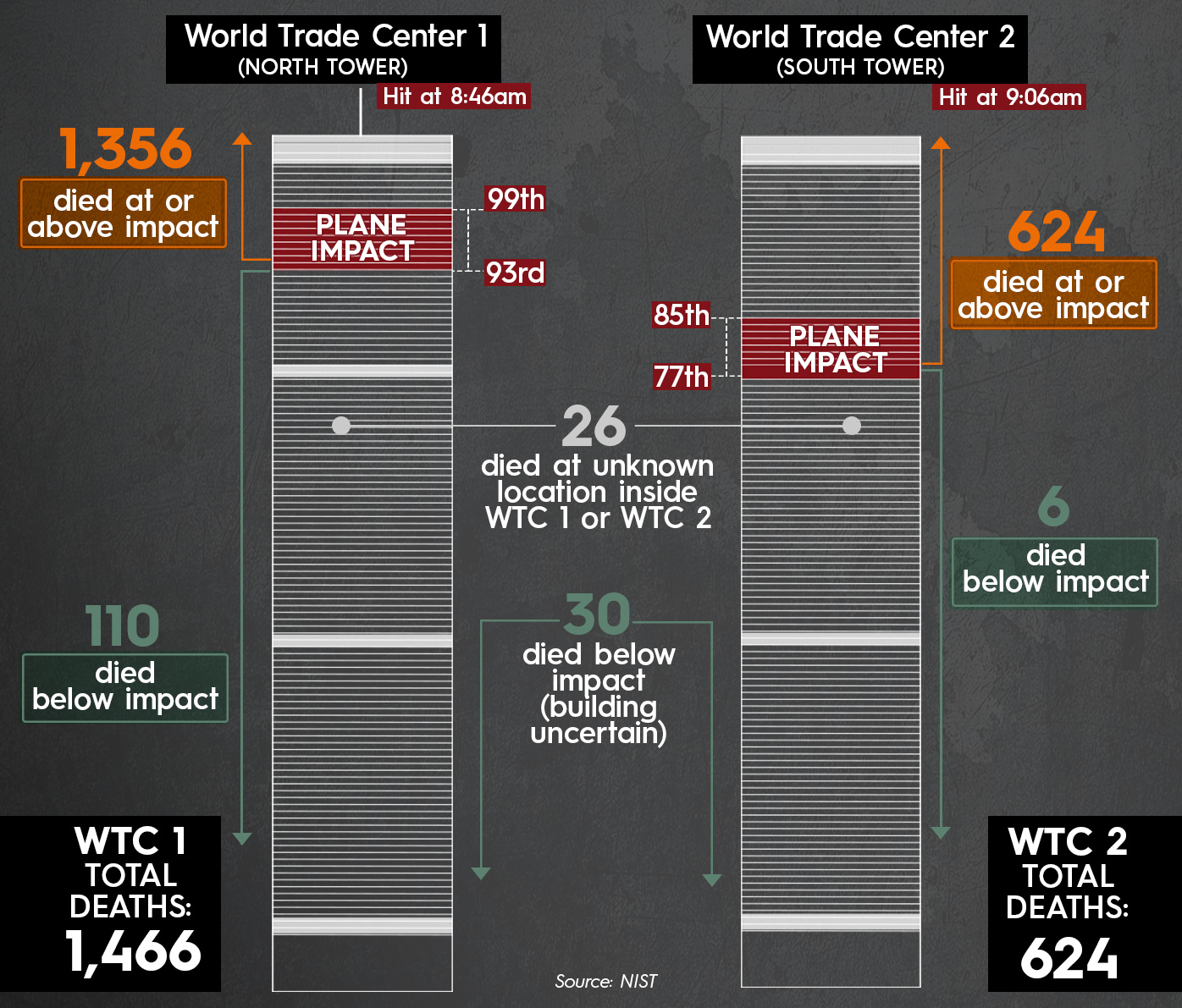 The location of another 73 people who died in the towers that day could not be accounted.

At least nine of every 10 deaths in the North Tower were the workers and visitors at or above where Flight 11 hit, with the passenger jet crashing into floors 93 to 99.

The plane's impact immediately blocked all three stairwells in the North Tower, trapping anyone above.

Those in the South Tower, which United Airlines Flight 175 hit between floors 77 and 85 just 17 minutes later, were luckier.

One stairwell to escape remained open, at least for a time.

Investigators estimated at least 17,000 tenants and visitors were inside the twin towers at the time of attack, with the vast majority able to make it out safely.

Although it was hit second, the South Tower fell first at 9.59am. 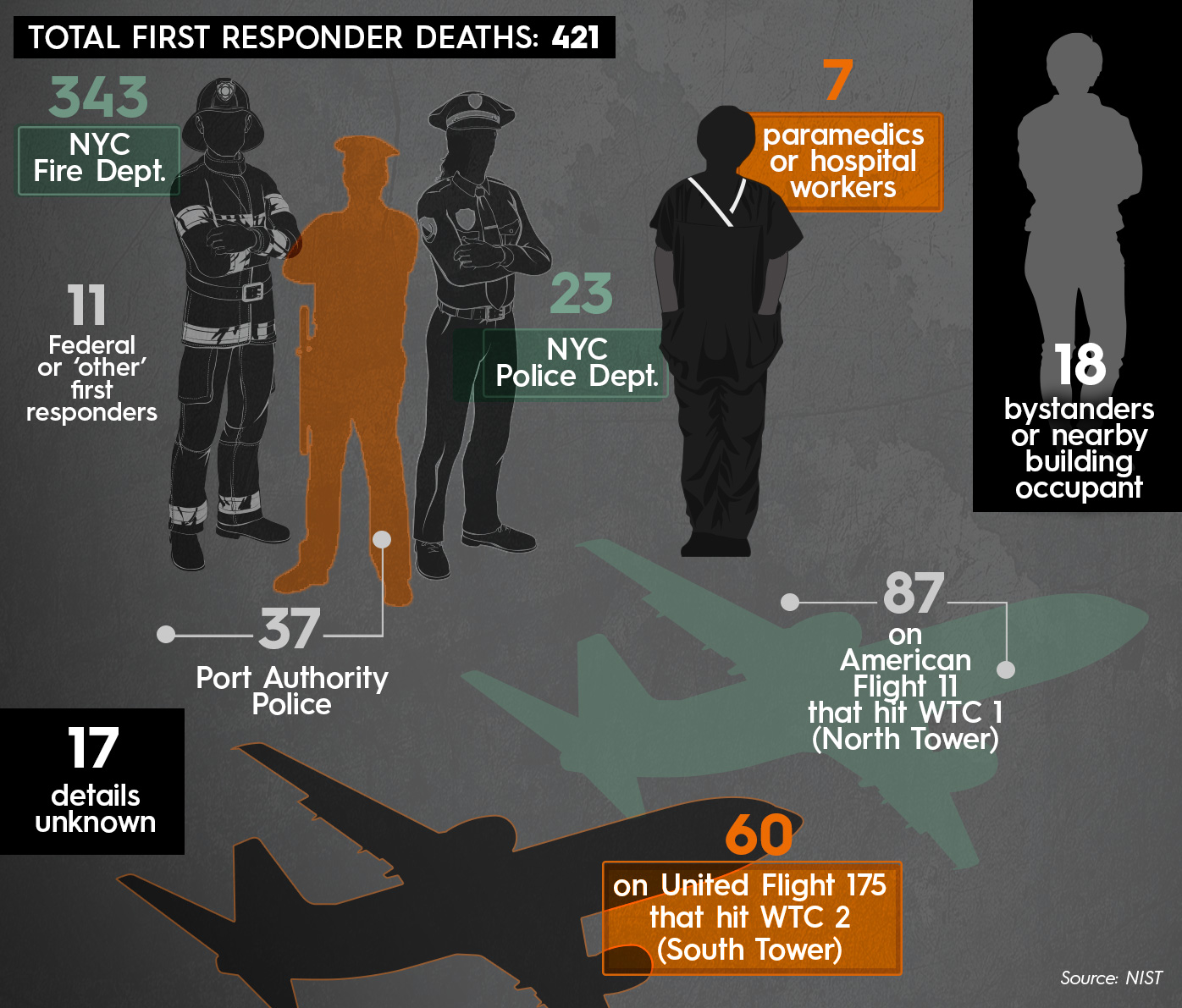 The investigation also detailed the 421 first responders who died, with New York City Fire Department losing 343 firefighters that day, as they bravely scaled the stricken buildings to try and help those stuck or trying to flee.

There were 37 Port Authority Police killed, and 23 New York City Police Department officers who never made it out of ground zero.

Seven hospital and paramedic staff were killed that day.

The total number of plane passengers and crew killed was 147, plus the 10 hijackers, with 18 people killed outside the buildings by debris and jet fuel.

Investigators interviewed hundreds of people and analysed data and anecdotal evidence in an attempt to accurately tally who died where.

The study did not include people killed in Flight 77's attack on the Pentagon or those aboard hijacked Flight 93 which crashed into a field in Pennsylvania.

READ MORE: 'Have you seen my daughter?' The hellish aftermath of Ground Zero