The Queensland owners of two staffy terriers have warned suburbanites to keep an eye out for snakes after their beloved rescue dog was left in a critical condition at the vet.

Ipswich paramedic Madeline told 9News.com.au her two dogs, five-year-old Milly and five-month-old Tonka, had an encounter with a brown snake in her backyard yesterday afternoon.

"Luckily I was home and had woken up after my night shift," she said. 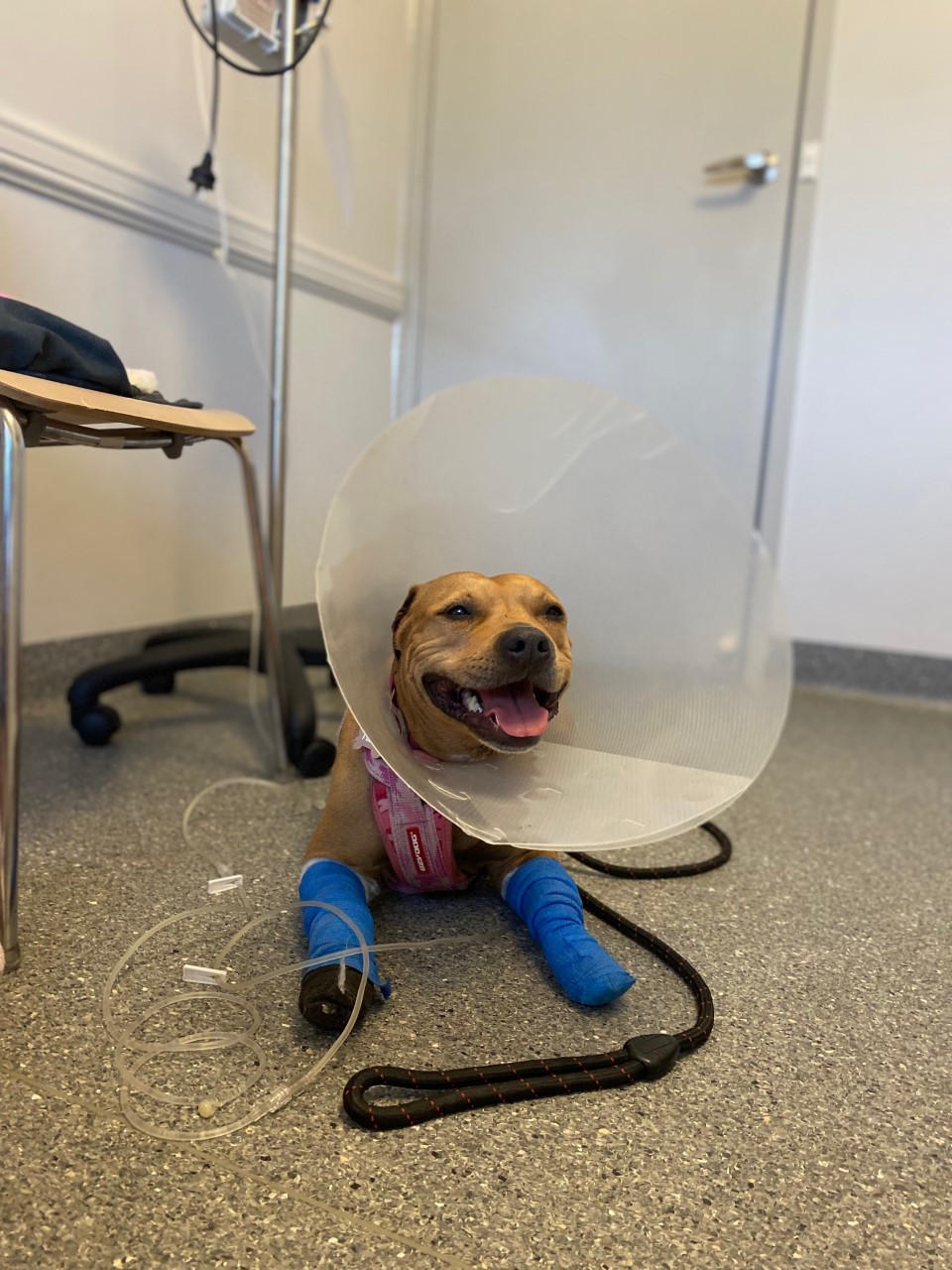 She went outside to see Milly already showing signs of the venom within five minutes of being bitten.

She had suffered multiple bites on the neck and legs.

"She seemed to have protected her little brother Tonka, who didn't get any venom," Madeline said. 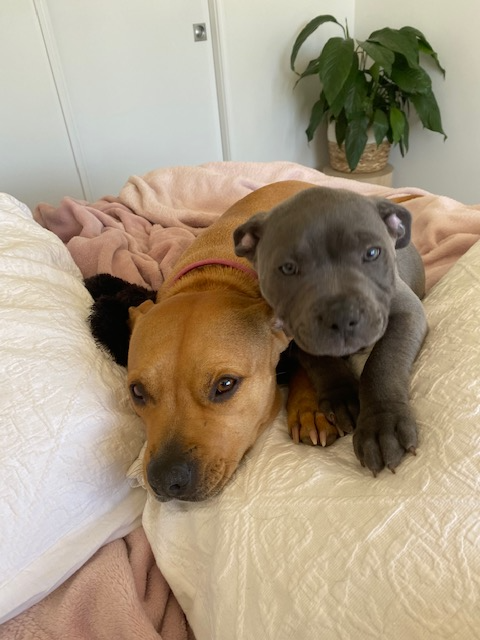 Tonka, who is inseparable from Milly, was allowed to go home today.

But his "big sister" is still in trouble, and has remained at the vet.

Madeline said Milly had been given the antivenom, and put on an IV. She will need to stay at the vet for a few more days while being monitored for organ failure.

"As a paramedic I've seen a fair share of brown snake bites. It's so frightening when it's in your own home and to hurt my fur babies is a different story," she said. 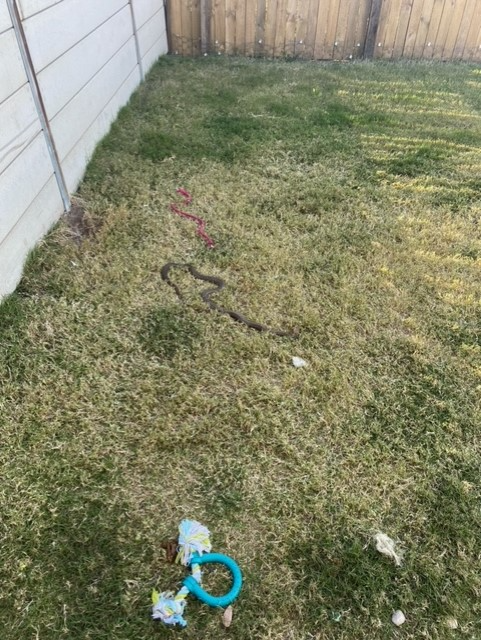 "It just shows you don't need to live in the bush to encounter them."

She said Milly, who weighs 17kg, had showed signs of being affected by the venom very quickly.

"If this was a child outside unattended for a few minutes you could only imagine," she said.

Madeline urged people to be extra-vigilant, keep their lawns short and neat, and make sure they were prepared for a snakebite. 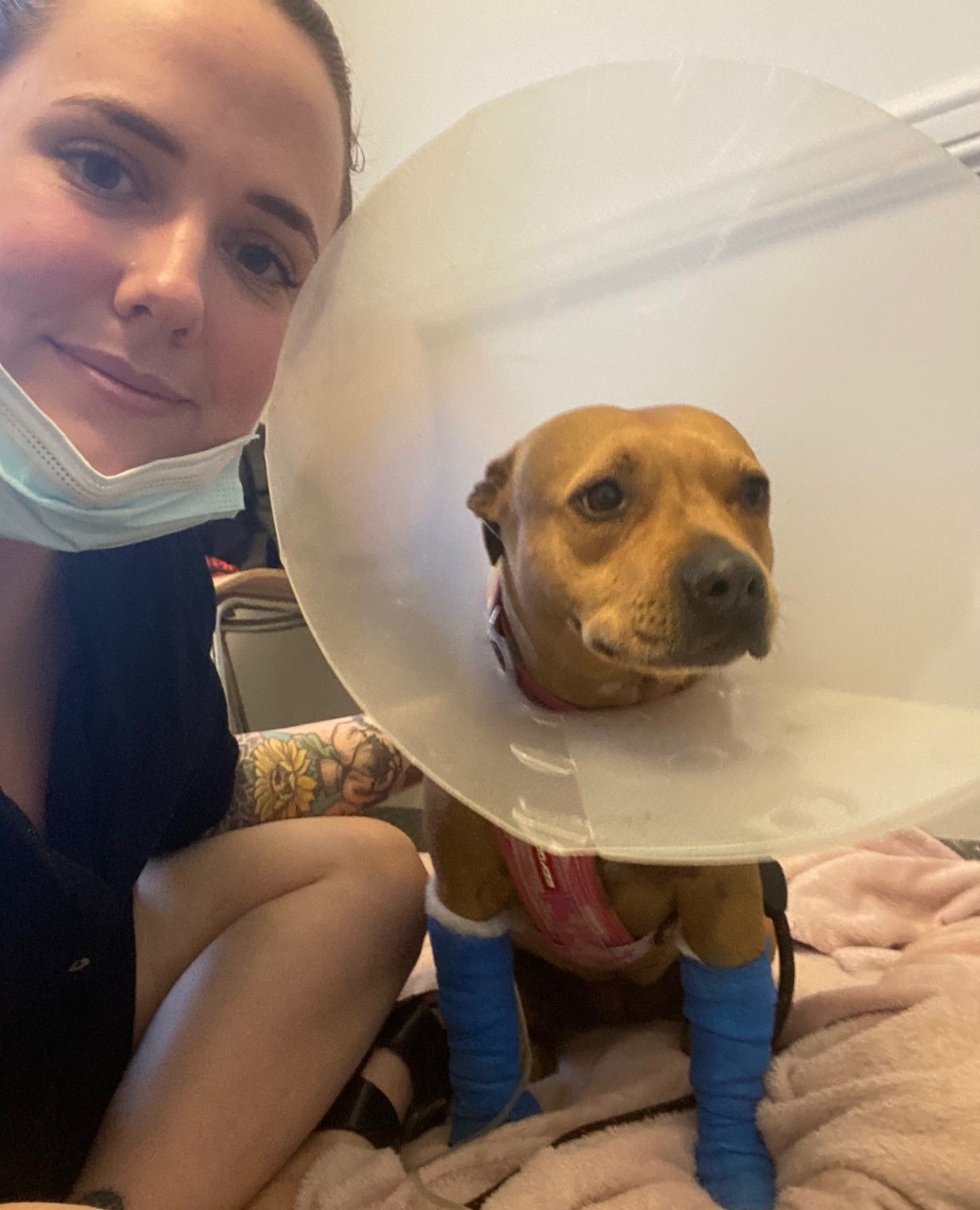 "Like any other Australian, you just have to be careful," she said.

"It's important to learn the basics of snakebite first aid, and to know the number of your local snake catcher," she said.

The brown snake, which had been injured by the dogs in the encounter, was eventually removed.