It wasn't just one chat about how he was doing that probably saved 48-year old dad-of-two Justin Geange's life.

It was the fact that his mate – in this case his boss at his plumbing job – didn't give up when he lied that he was fine the first time he was asked.

The pal knew that he wasn't, and eventually, the Queensland man admitted it too.

READ MORE: Aussies urged to ask people if they 'really are ok' 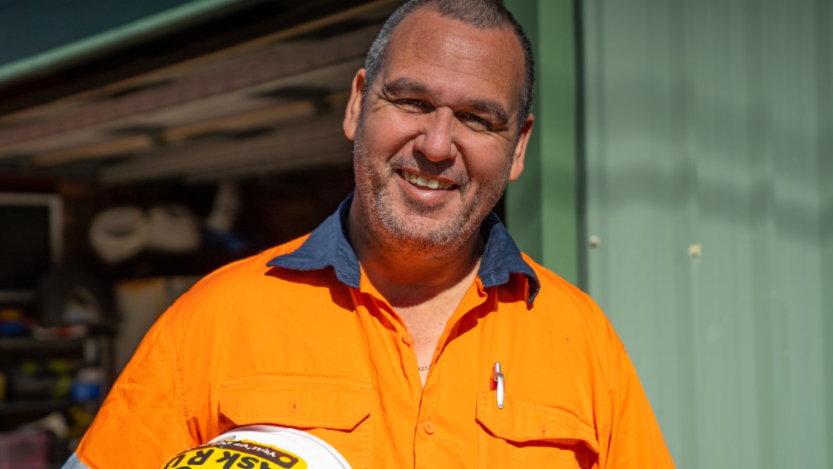 "I was doing it tough and my boss started to notice," Mr Geange said.

READ MORE: How to take care of your mental health in COVID-19 lockdown

That call was to his GP and he was eventually admitted to hospital where he was given the diagnosis of mental illness, bipolar and began treatment.

And while he didn't get back to work for a couple of years, Mr Geange now helps others in a similar position at suicide prevention charity, Mates in Construction, as well as working with R U OK?

He pleaded with people that as well enquiring about the mental health of those around them today, to be brave enough to admit if they do need help.

"Let's be okay with being honest with our response," he said.

People with bipolar disorder can have extreme moods of feeling really high- 'mania' – or very low.

According to the Black Dog Institute one in 50 Australians experience the illness every year.

Message after loss of husband

Mother-of-two Joanne Fullerton desperately tried to help her husband who had also been diagnosed with bipolar, but sadly, she wasn't able to save him. 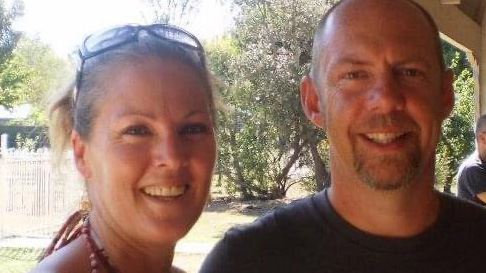 It was when her boss told her to get into her car one morning and started driving her towards her home, the 49-year-old said she immediately knew what she was about to face.

Her husband of 17 years, Jason, had been becoming increasingly unwell, which saw the couple, from Victoria's Mornington Peninsula, live apart.

"I knew that week leading up to he wasn't good," she told nine.com.au.

"The way he was talking to me on the phone, I said to my mum, 'I think he is going to do something really bad."

Mrs Fullerton, who now lives in Perth, wants to use what she has been though to help other families dealing with mental illness.

Mrs Fullerton said while her husband had always suffered from anxiety, he coped well and had even given others tips to help.

But a year before his death he developed a much more severe illness.

"He woke up one day a different person," she said.

Mrs Fullerton said eventually, his aggression and manic behaviour, followed by 'crashing' destroyed many relationships – including their own.

Things became so bad he lost his job as an operations manager.

The week before he died, Mrs Fullerton had called an emergency mental health team for her husband. 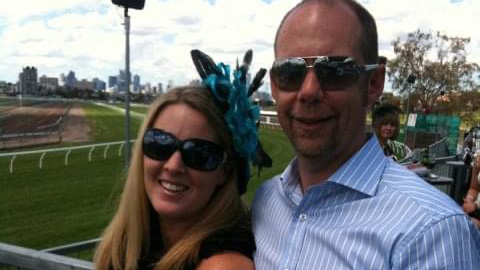 But he convinced them he didn't need to go to hospital and promised he would get treatment at home.

Three quarters of the around 3000 Australians who take their life every year are men.

Mrs Fullerton, who remembers her husband as 'very happy, very caring' before his illness, urged people trying to help friends or family members with mental illnesses not to give up.

"Just don't give up on getting them the help – no matter what their response is to you," she said.

She said the RU OK website is a good place to start looking for advice on what to do.

READ MORE: Lifeline's three busiest days on record have all been this month

R U OK? CEO, Katherine Newton said today is about asking people how they really are, especially amid the pandemic.

"The ups and downs of life can affect each of us differently. Sometimes it won't be obvious that someone is struggling, but having the support of family, friends and close colleagues can help us better navigate the challenges that come our way," she said.

"Don't wait until someone is visibly distressed or in crisis before you ask.

"If you ask them in a genuine way, your support can make a difference whatever they are facing.

"In a time when so many of us are feeling fatigued by the pandemic, we want to remind and reassure Australians that there is something we can all do to support those in our world, and as those closest to them we are often in a position to do so."

If you are concerned for your safety or the safety of others, seek immediate assistance by calling Triple Zero (000).