The US state of Alabama said it will allow a death row inmate's pastor to hold his hand during a lethal injection next month, a decision that was made to end litigation over the issue.

Lawyers for Alabama wrote in a June court document that inmates can now have a personal spiritual adviser present with them in the execution chamber and the adviser will be allowed to touch them.

The agreement settled litigation over Alabama inmate Willie Smith's request to have his personal pastor with him as he is put to death. 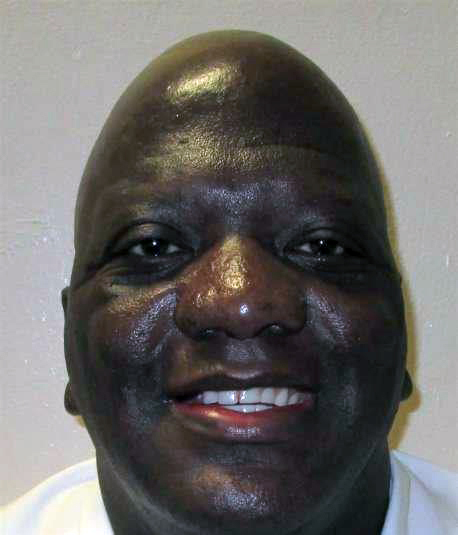 Smith was convicted of the 1991 kidnapping and murder of 22-year-old Sharma Ruth Johnson in Birmingham.

According to court documents, Smith's spiritual adviser can: anoint the inmate's head with oil; pray with the inmate and hold his hand as the execution begins, as long as the adviser steps away before the consciousness assessment is performed; and remain in the execution chamber until the curtains to the witness rooms are drawn.

The description was included in a footnote in a joint filing in June by the state and Smith's attorneys in which the two sides announced they had reached an agreement over the spiritual adviser issue.

The case is one of a series of legal fights over personal spiritual advisers at executions.

A Texas death row inmate won a reprieve this week from execution for killing a convenience store worker during a 2004 robbery after claiming the state was violating his religious freedom by not letting his pastor lay hands on him at the time of his lethal injection.

Alabama officials in February called off Smith's execution after the justices maintained an injunction issued by the 11th US Circuit Court of Appeals saying he could not be executed without his pastor present in the chamber.

Alabama officials wrote in a court filing that the state recognised "its policy restricting access to the execution chamber to institutional chaplains was unlikely to survive further litigation" and that it had reached an agreement to allow Smith's pastor to be with him in the chamber.

Alabama has rescheduled Smith's execution for next month.

The state wrote in court filings that it will inform other inmates of their opportunity to select a spiritual adviser to accompany them in the execution chamber.

However, it noted that the pastor will not be in the chamber when the time of death is called to protect the privacy of the person who performs that function.

In the past, Alabama routinely placed a Christian prison chaplain employed by the state in the execution chamber to pray with an inmate if requested.

The state stopped that practice after a Muslim inmate asked to have an imam present.

The prison system, which did not have a Muslim cleric on staff, maintained until recently that non-prison staff would not be allowed in the chamber.