Former President George W Bush called on Americans on Saturday to confront domestic violent extremists, comparing them to violent extremists abroad and warning that they are "children of the same foul spirit."

In a speech marking the 20th anniversary of the 9/11 attacks, Mr Bush said that the US has seen "growing evidence that the dangers to our country can come not only across borders, but from violence that gathers within."

"But in their disdain for pluralism, in their disregard for human life, in their determination to defile national symbols, they are children of the same foul spirit." 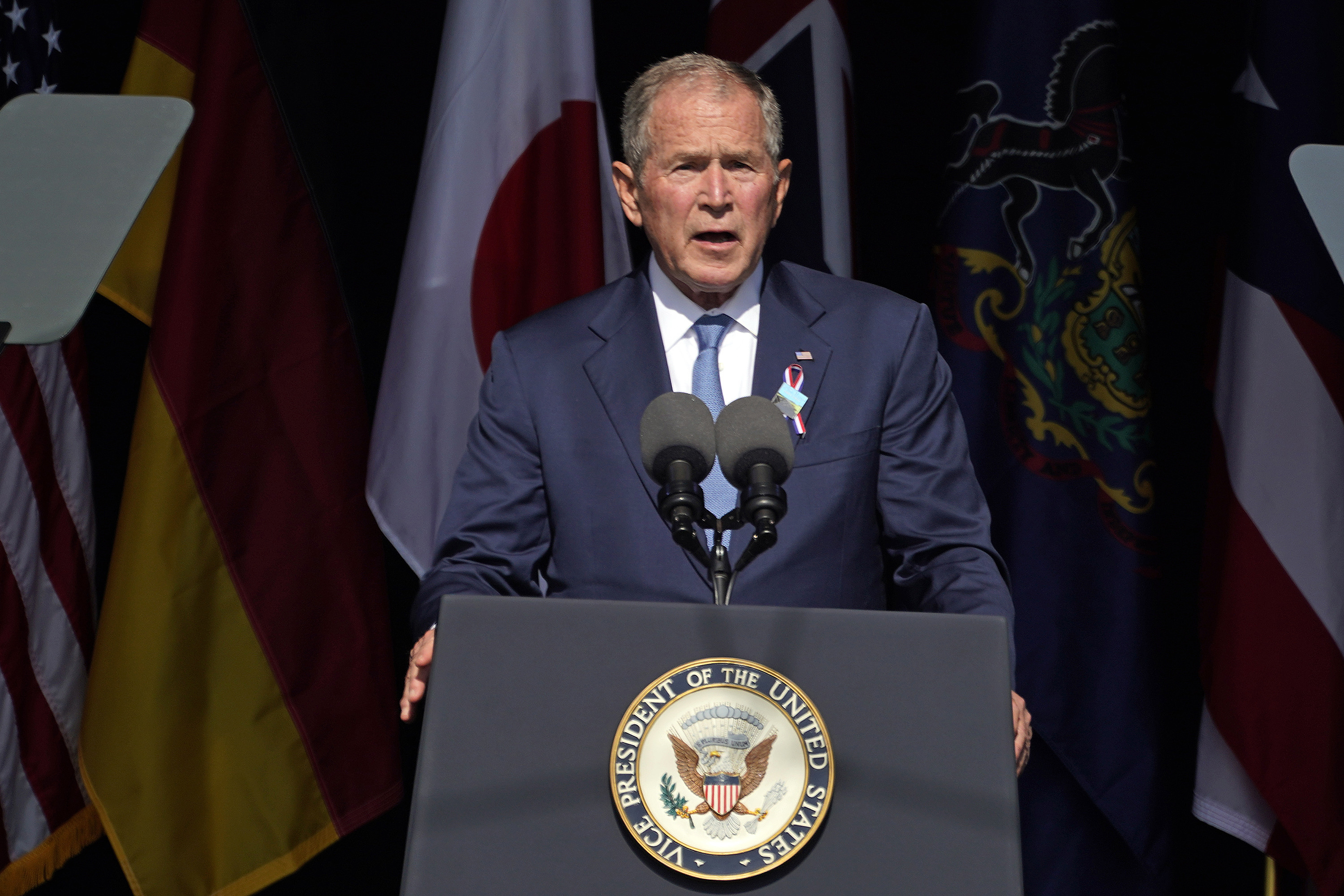 "And it is our continuing duty to confront them," he added.

Mr Bush's speech at the Flight 93 Memorial in Shanksville, Pennsylvania, came eight months after violent insurrectionists breached the US Capitol on January 6 in an attempt to stop Congress from certifying the 2020 election for President Joe Biden.

The former Republican President has been outspoken about condemning the violent mob of Trump supporters who stormed the Capitol that day. "This is how election results are disputed in a banana republic — not our democratic republic," he said in a statement at the time, adding that he was "appalled by the reckless behaviour of some political leaders since the election."

Law enforcement officials are bracing for potential clashes and unrest during a right-wing rally in Washington, DC, scheduled for September 18, which is meant to support insurrectionists charged in the Capitol riots, according to an internal Capitol Police memo reviewed by CNN.

Mr Bush on Saturday lamented the division in the United States, contrasting the current political climate to the spirit of unity that he said he observed in the wake of the September 11 attacks. "A malign force seems at work in our common life that turns every disagreement into an argument, and every argument into a clash of cultures. So much of our politics has become a naked appeal to anger, fear, and resentment," Mr Bush said. "That leaves us worried about our nation and our future together."

He said he didn't have "explanations or solutions," but went on to recount what he said was the America he saw in the aftermath of the 2001 terrorist attacks.

"At a time when religious bigotry might have flowed freely, I saw Americans reject prejudice and embrace people of Muslim faith. That is the nation I know," Mr Bush said.

"At a time when nativism could have stirred hatred and violence against people perceived as outsiders, I saw Americans reaffirm their welcome to immigrants and refugees. That is the nation I know," Mr Bush added.

READ MORE: They were some of 9/11's biggest names. Where are they now? 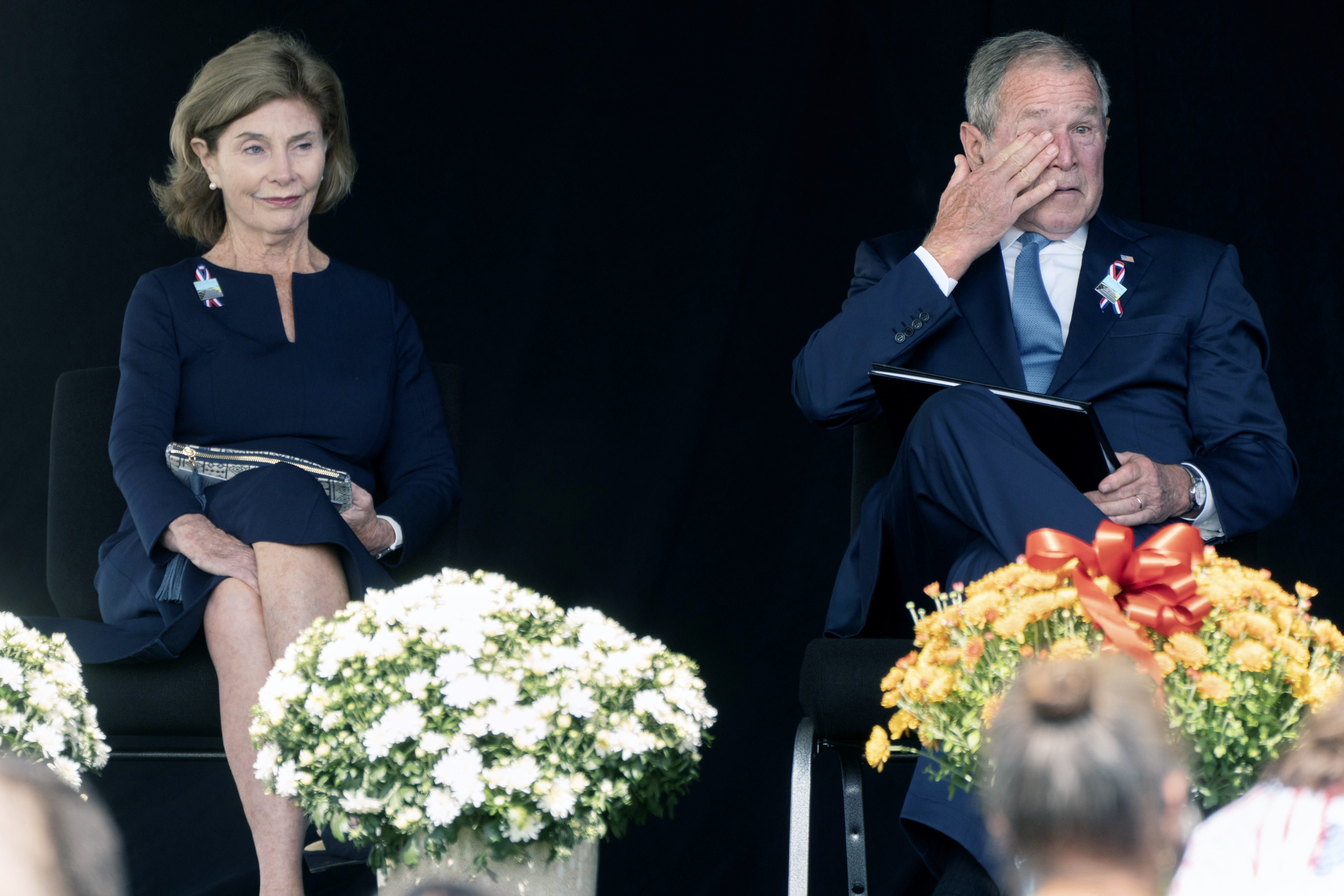 His comments come as some in his own party have raised concerns about Afghan refugees being resettled in the United States after the US withdrew from Afghanistan last month.

Biden later Saturday offered praise for the former president's remarks, telling reporters during a visit to the Shanksville Volunteer Fire Department that he thought Bush "made a really good speech today, a genuinely good speech, about who we are."

In addition to Mr Biden and Mr Bush, former President Barack Obama participated in memorial events Saturday, bringing together all the US leaders of the post-9/11 era except former President Donald Trump, who visited the New York City Police Department's 17th precinct in Manhattan's Midtown East neighbourhood later on Saturday.

Mr Trump, who is providing commentary on a boxing match on Saturday, commemorated the 20th anniversary in a short video in which he praised first responders, and also lambasted Mr Biden for the handling of the withdrawal from Afghanistan.

"Many things were displayed that day, including most importantly the bravery of our police, fire and first responders of every kind. The job they did was truly unbelievable," Mr Trump said of September 11 in the video. "It is also a sad time for the way our war on those that did such harm to our country ended last week."

It was the Trump administration that signed the February 2020 agreement with the Taliban for the US to remove troops in Afghanistan.