Police are investigating the death of a 28-year-old woman who was hit and killed on an Adelaide motorway overnight.

Emergency services were called to the North-South Motorway at Waterloo Corner about 11.30pm yesterday after a pedestrian was struck by a Mitsubishi Pajero and Toyota sedan.

The woman from Prospect sadly died at the scene. 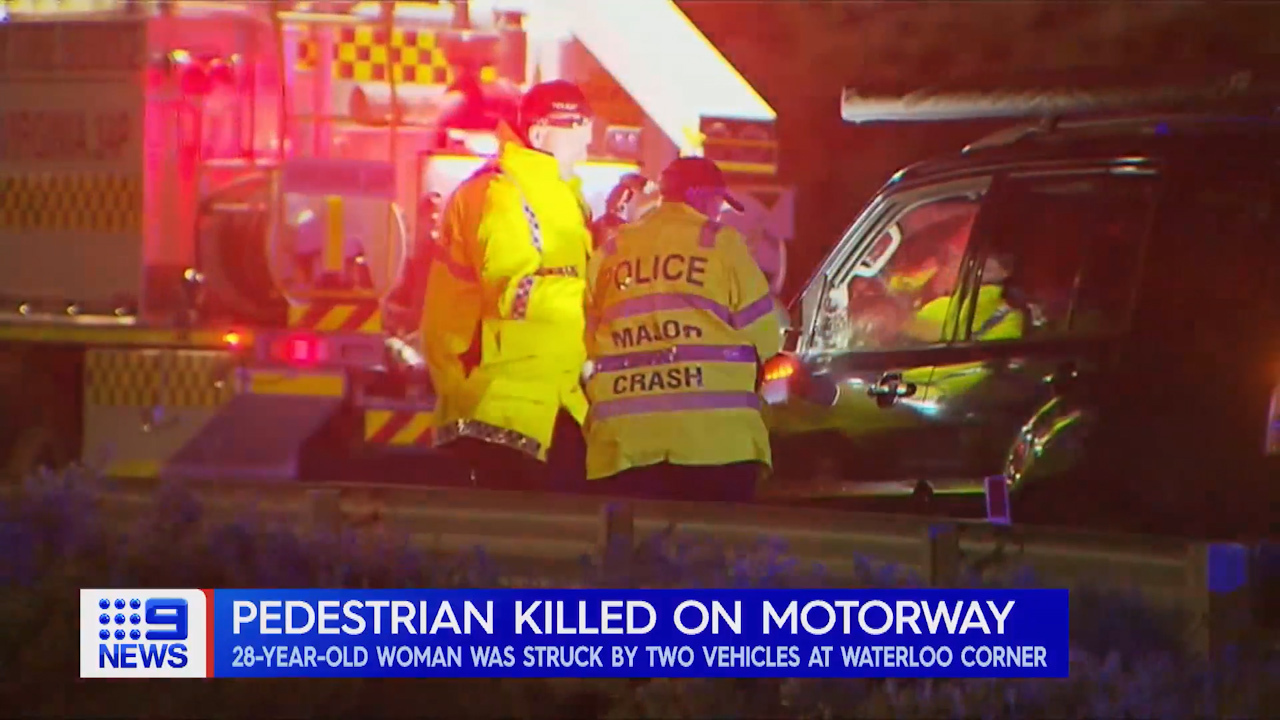 She is the 67th life lost on South Australian roads this year, compared with 63 at the same point last year.

Authorities closed the motorway for northbound traffic at the Port Wakefield Road exit for several hours while Major Crash investigators examined the circumstances surrounding the crash.

The motorway has since been reopened.

Anyone who witnessed the crash and hasn't yet spoken to police or has any information that may assist the investigation, should call Crime Stoppers on 1800 333 000.