The key defendant in the 2015 Paris attacks trial said Wednesday that the coordinated killings were retaliation for French airstrikes on the Islamic State group, calling the deaths of 130 innocent people "nothing personal" as he acknowledged his role for the first time.

Salah Abdeslam, who wore all black and declined to remove his mask as he spoke in a custom-built courtroom, has been silent throughout the investigation.

Observers were waiting to see if he would offer any details during the trial. 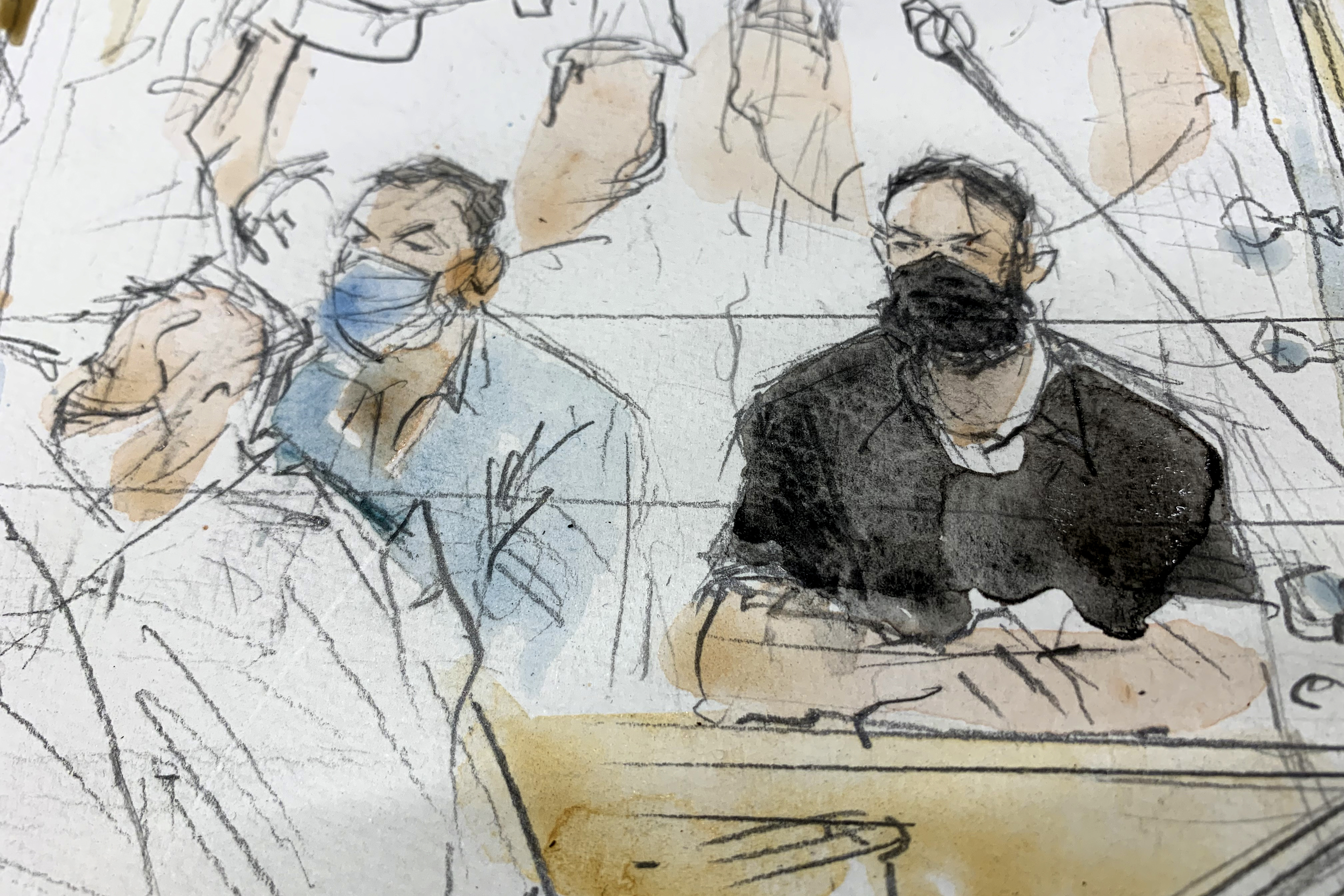 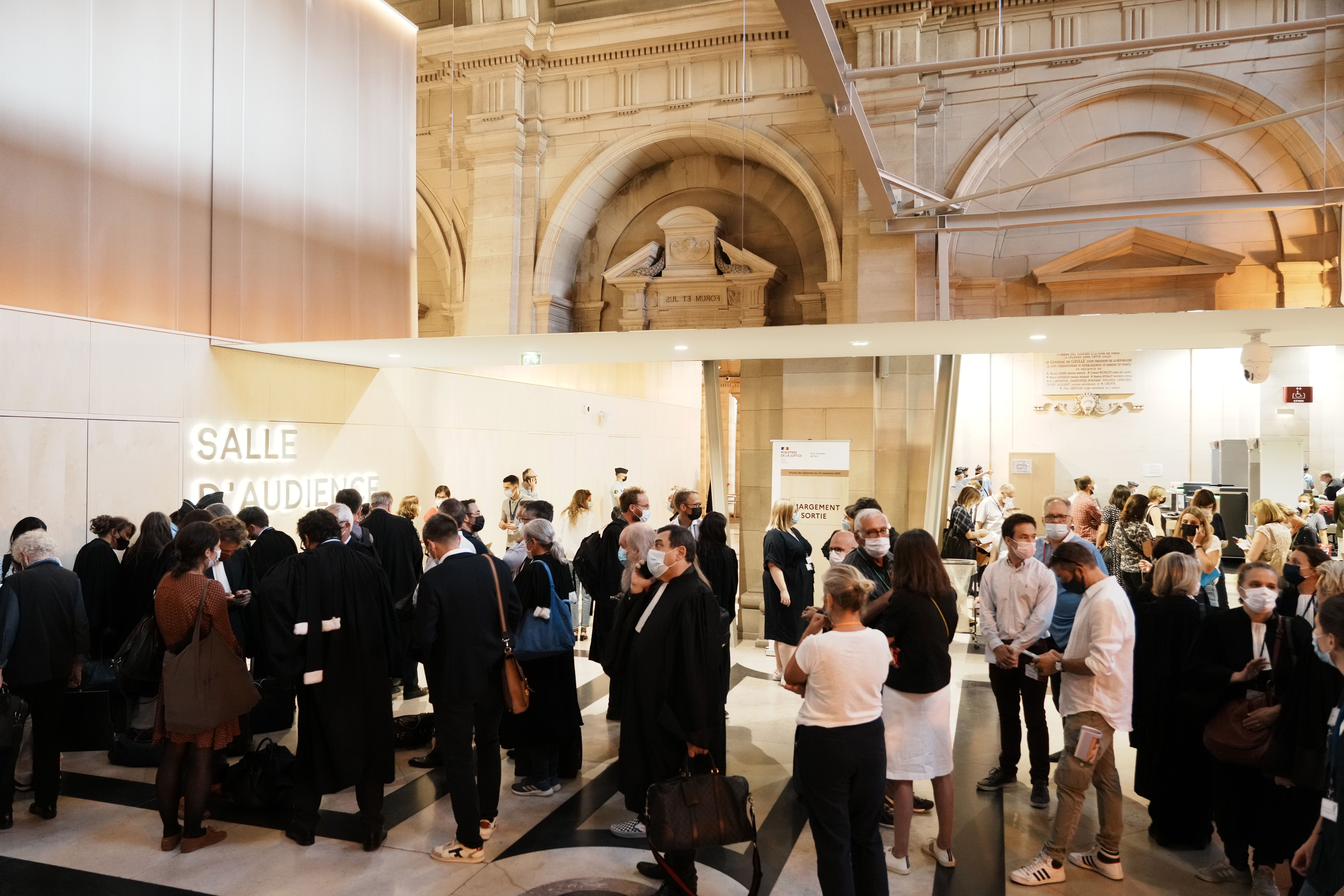 Nine Islamic State group gunmen and suicide bombers struck within minutes of one another at several locations around Paris on November 13, 2015, targeting fans at the national soccer stadium and cafe-goers and ending with a bloodbath inside the Bataclan concert hall.

It was the deadliest violence to strike France since World War II and among the worst terror attacks to hit the West, shaking the country's sense of security and rewriting its politics.

Abdeslam is the only survivor of that cell, most of whose members were French or Belgian. After his suicide vest malfunctioned on the night of the attacks, he fled to his hometown of Brussels. 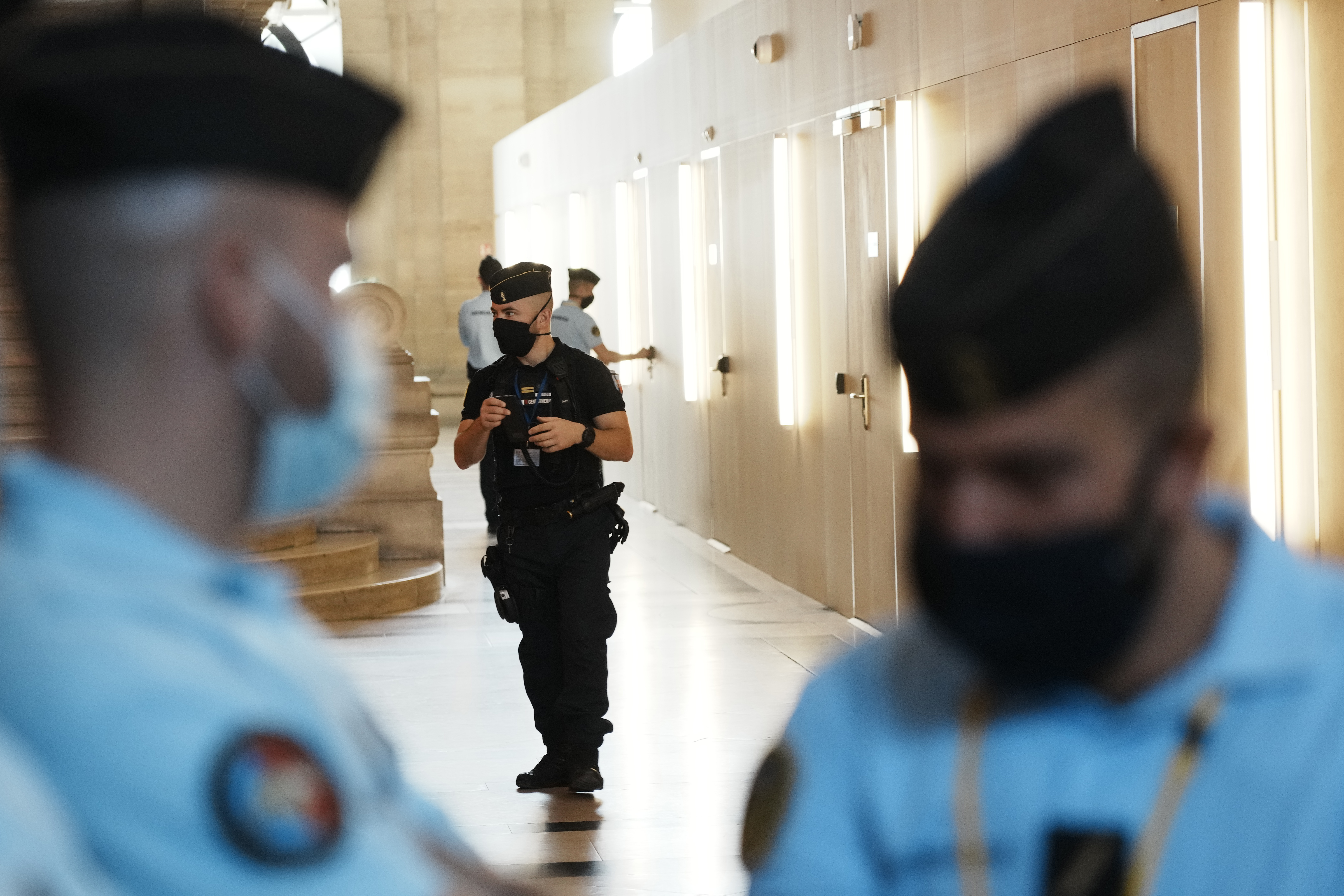 On Wednesday, a screen in the courtroom showed a photo of the car Abdeslam abandoned in northern Paris after he dropped off the three suicide bombers at the national stadium. Abdeslam's target was unclear, but when Islamic State claimed responsibility the next day, the statement alluded to an attack in the neighbourhood where he left the car that never took place.

The two people Abdeslam called upon to drive through the night from Brussels to Paris to pick him up are among the 20 on trial. Six of those are being tried in absentia.

Abdeslam, who was arrested months after the attacks, said the assaults were a response to French airstrikes in Syria and Iraq. France was among the international coalition that formed as the extremists conquered vast territory in both countries. 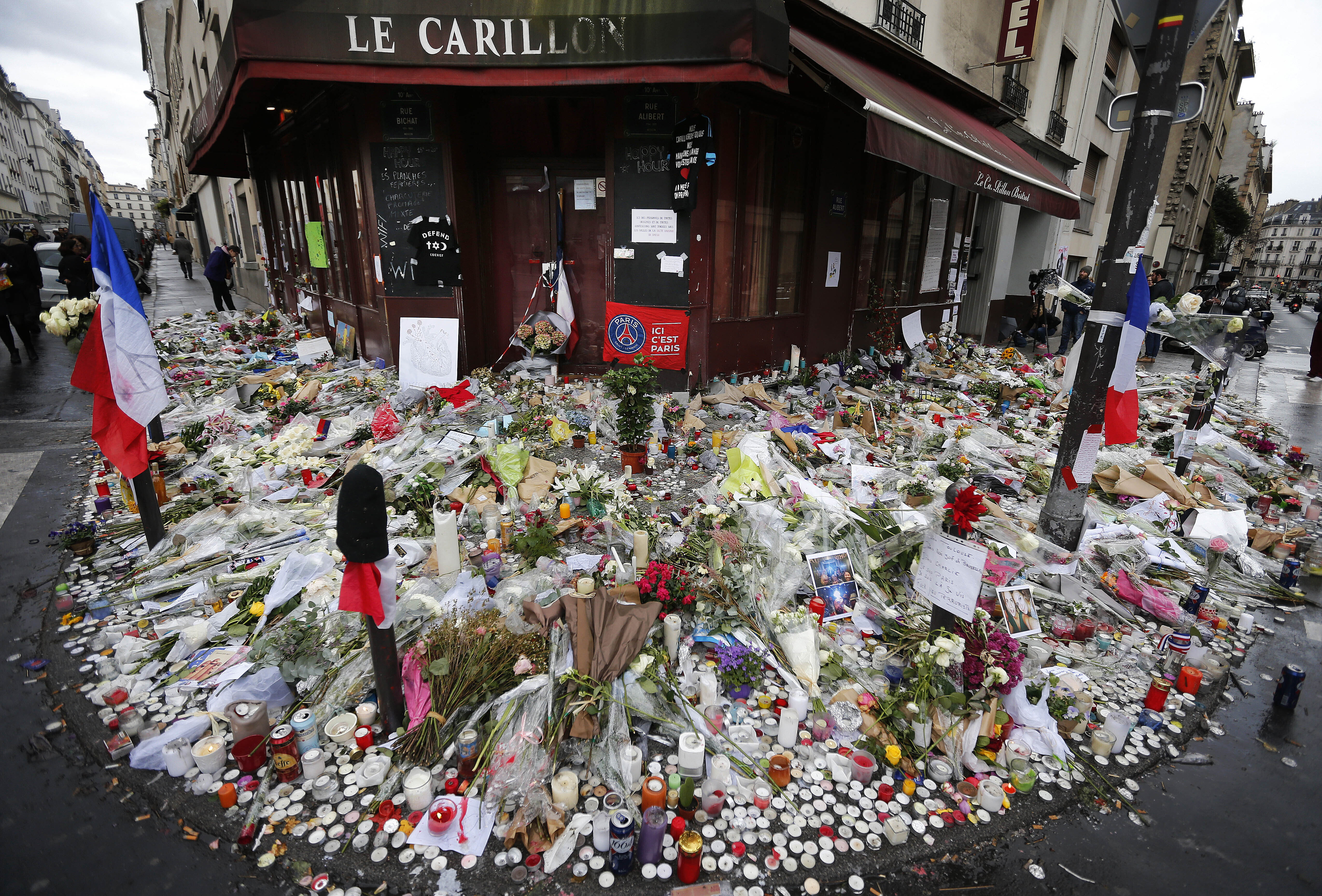 "We fought France, we attacked France, we targeted the civilian population. It was nothing personal against them," Abdeslam said. "I know my statement may be shocking, but it is not to dig the knife deeper in the wound but to be sincere towards those who are suffering immeasurable grief."

The same network struck the Brussels airport and subway system in March 2016, killing another 32 people. Among those on trial in Paris is Mohammed Abrini, who left the city the night before the 2015 attack and took part in the Brussels one. He acknowledged a role on Wednesday.

"I recognise my participation … (but) in this evil that happened in France, I am neither the commander nor the architect. I provided no logistical nor financial help," Abrini said. 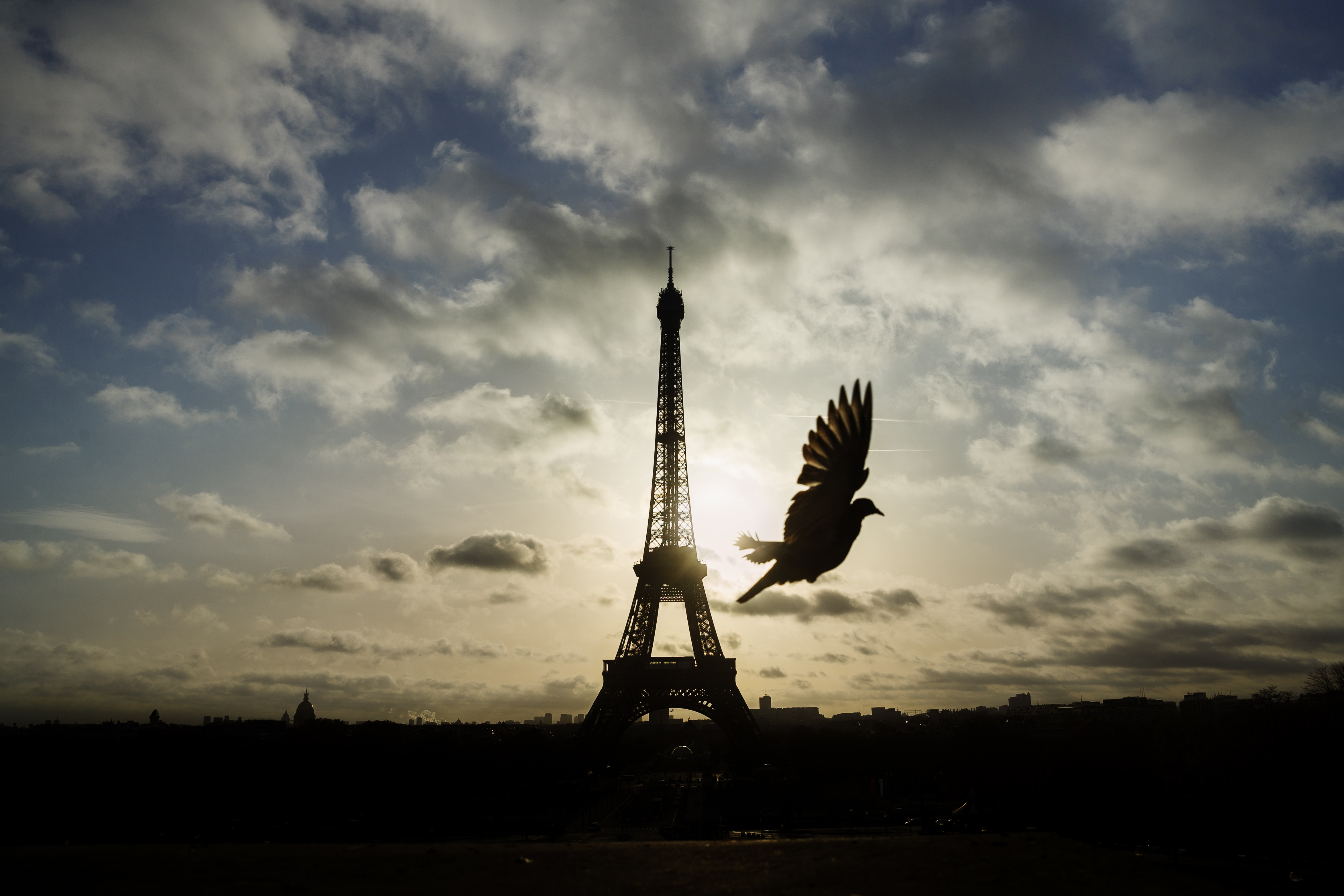 The spectre of the man who was the architect of the attacks, the late Abdelhamid Abaaoud, loomed large in the first days of the trial.

The courtroom saw him in a video escaping into the metro. An investigator testified that he was on the phone to the attackers and to someone in Brussels throughout the assaults. 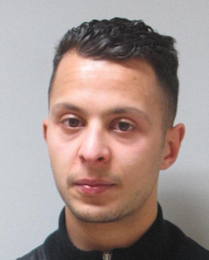 Antiterrorism investigators spotted Abaaoud in surveillance video walking into the Paris metro with another of the gunmen. They recognised Abaaoud by his fluorescent orange shoes — and it was a key moment in the case.

"As soon as we see this video, it changes everything because we realise there are still at least two terrorists still alive," the investigator testified. His name was not released publicly, as is common in French antiterrorism trials.

Abaaoud and the remaining gunman died days later in a police shootout and suicide explosion.

The same investigator also testified to the devastation that officials felt as the attacks unfolded.

"The sentiment we had that evening at the Bataclan was one of failure. … I'm not sure we had the means to prevent everything. But when we went into the Bataclan that was the feeling," he said.