A Gold Coast home, which fire crews say was used for making candles, has been destroyed by fire this morning.

Fire crews were called to the home on Broadbeach Road in Carrara about 10.30am and found a fire in the garage spewing a plume of black smoke.

Neighbours said the occupant of the home tried to save his van by reversing it out of the garage but lost consciousness in the driver's seat. 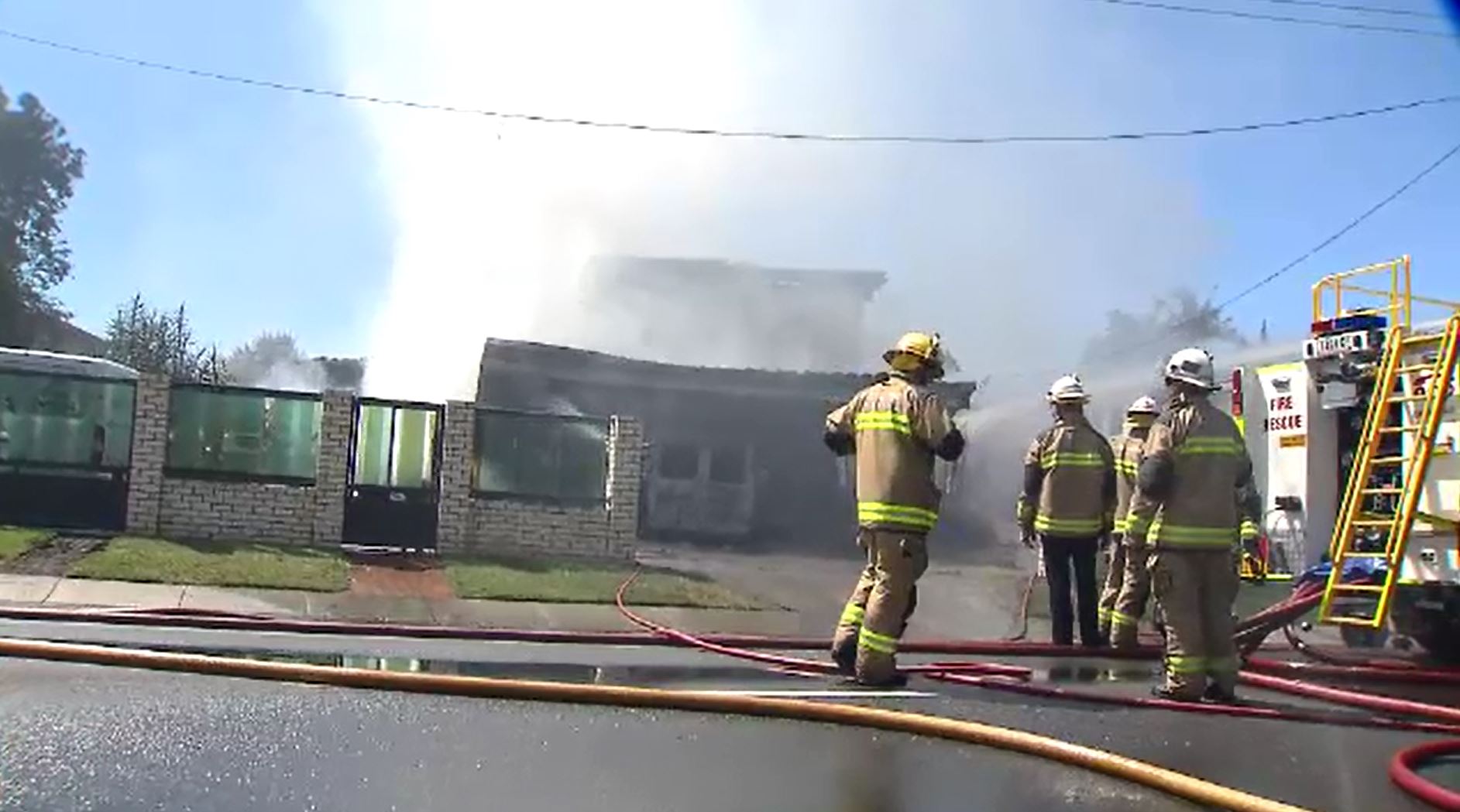 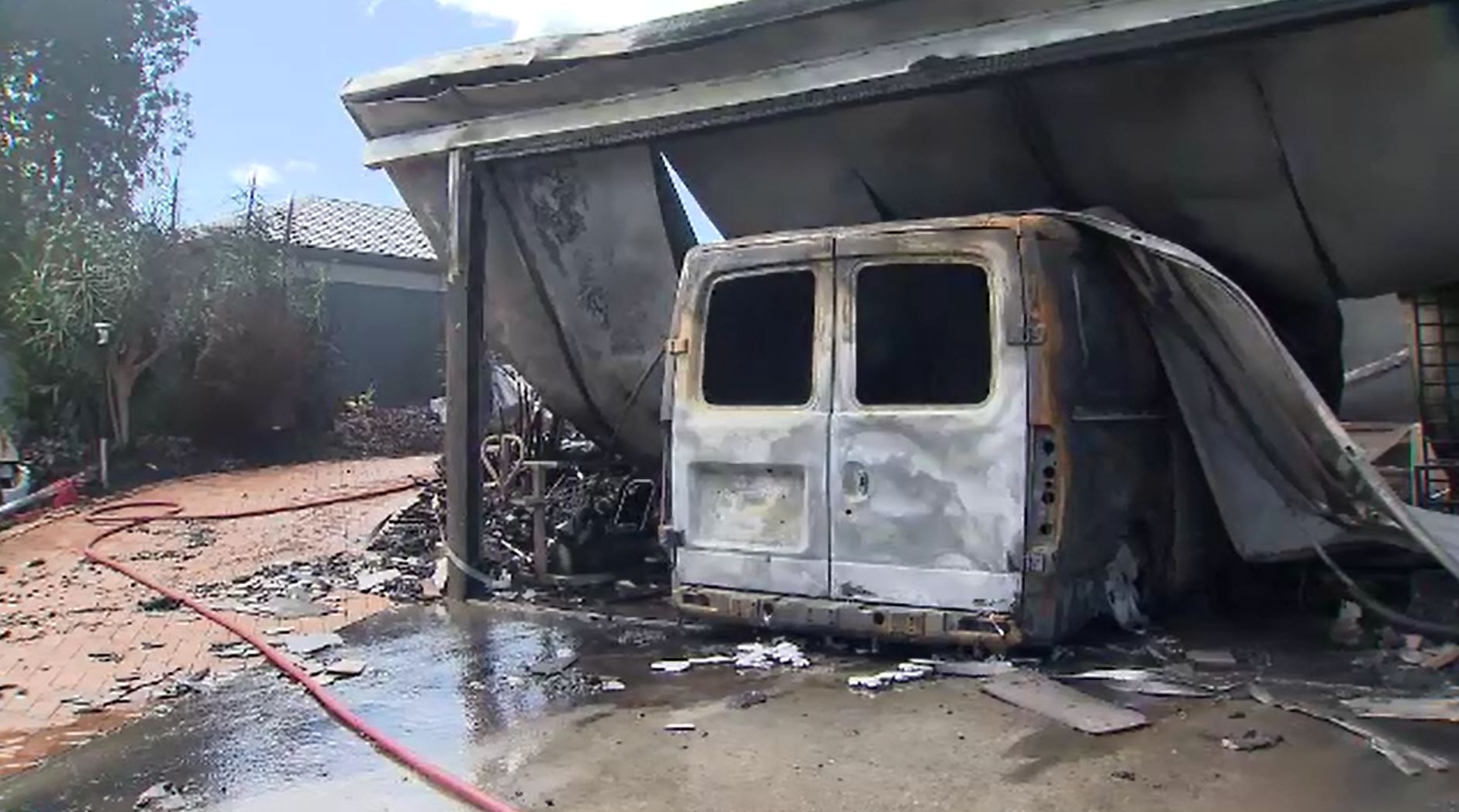 He was taken to hospital by paramedics.

Station manager Karl Nihot said crews knew before they left the station that the home was well involved by the amount of smoke, which was visible from Nerang.

When crews arrived the fire was already spreading into the main structure of the two-storey home.

"Because of the fuel load in that area it rapidly spread and got into the main property through the upper level." 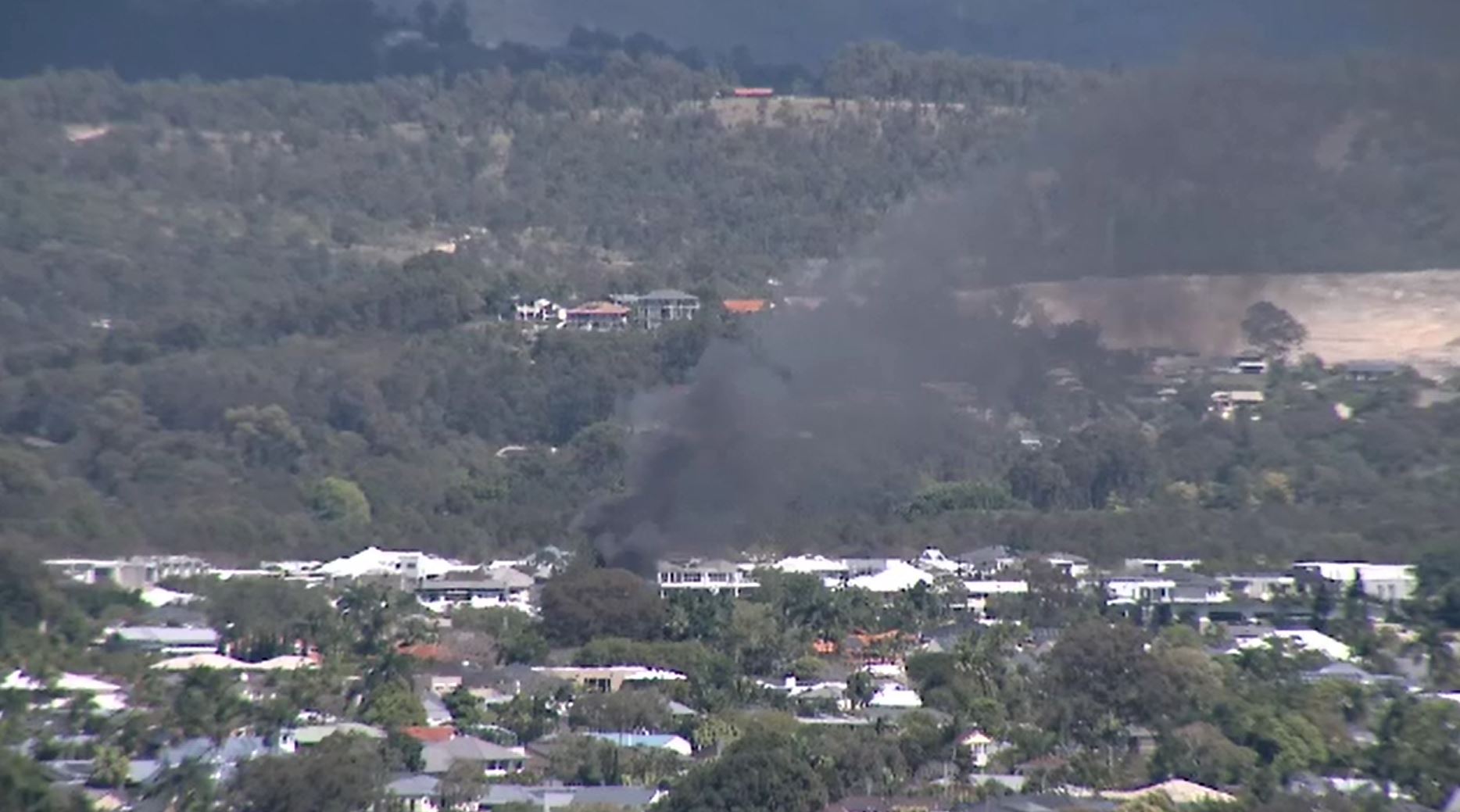 He said the priority for firefighters then became a neighbouring property on the north-western side that was also at risk of catching alight.

Neighbour Winfried Muller told 9News he believed the house had recently been renovated.