Melbourne researchers have developed a new screening program to help identify a common virus that can lead to hearing loss and neurodevelopmental disorders in newborn babies.

The test involves a simple mouth swab which can be taken at home within days after a mother and baby are discharged from hospital.

It determines whether children are positive for Cytomegalovirus(CMV) – a common herpes-like virus thought to affect up to 85 per cent of the population at some stage.

READ MORE: Hundreds of Victorians line up for testing in Ballarat amid lockdown 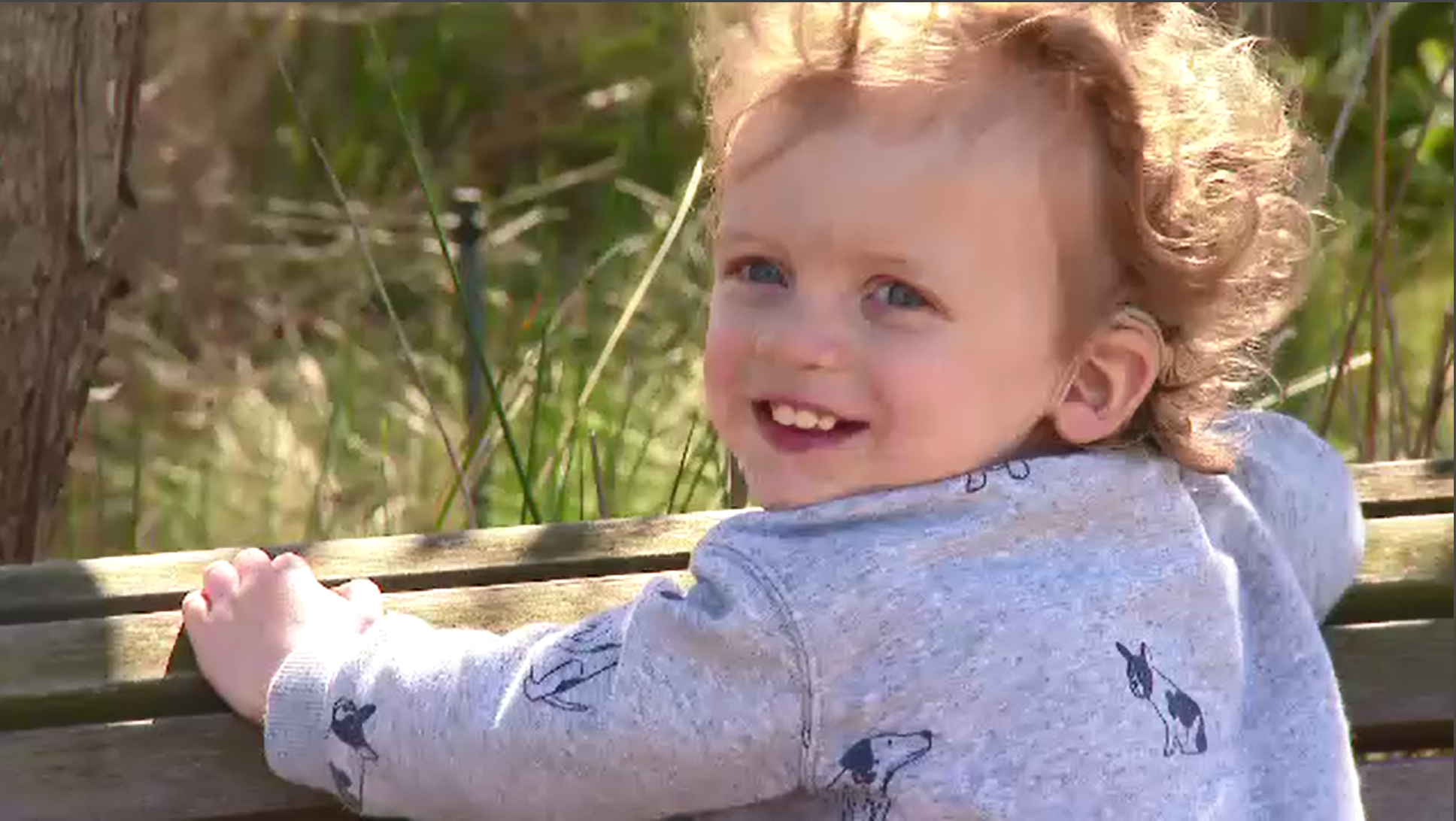 CMV is most commonly transferred through infected bodily fluids and affects one in 200 babies, putting them at risk of hearing loss and neurodevelopmental disorders like cerebral palsy.

Melbourne's Vicky Cottrell didn't know she had the virus when she was pregnant.

Like all new born babies, her son Teddy, now two, was given a standard hearing screen in hospital shortly after he was born.

But he failed the first and then a second.

"That was the beginning of our journey of finding out Teddy is profoundly deaf and also had Congenital CMV," Ms Cottrell said.

Ms Cottrell said it was really lucky Teddy's swab test came back positive for the virus at 20 days into it, meaning he could get anti-viral treatment straight away.

Doctors say diagnosing CMV early is absolutely critical, with just a 21-day window for babies to get the treatment they need to stop hearing loss progression.

Parents can now give their children the tests themselves with this new screening program.

"The majority of parents – 90 per cent – said it was very easy to do they were glad they did it," Associate Professor Sung said.

Researchers say this new take-home test is particularly helpful in the midst of the pandemic, when more women are being discharged from hospital earlier.