A "large" pod of pilot whales were driven into Japan's notorious "Red Cove" over the weekend, where they were netted and nearly two dozen slaughtered.

The drive hunt was conducted in Taiji, a small coastal town in Wakayama Prefecture, as part of the region's annual dolphin hunt, which runs from the start of September to the end of February.

Not-for-profit organisation Dolphin Project told 9news.com.au 22 animals were slaughtered on September 12. The surviving members of the pod were pushed out to sea after being held in net pens for two nights. 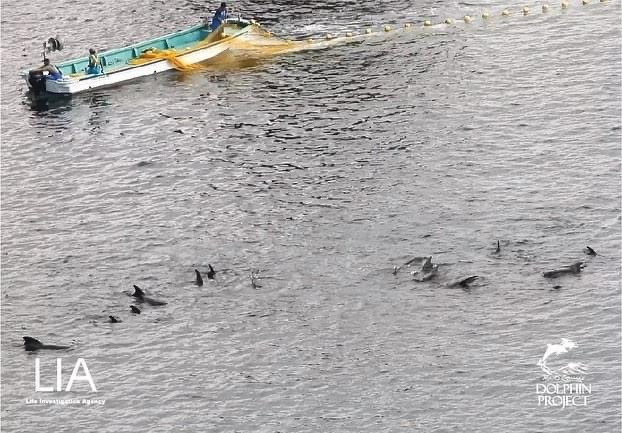 "(But) it's always harder to see them kept in the cove for multiple days because they suffer for so long," he said.
"They have family bonds. When they release the young ones it is always concerning they will die since they have no adult members to teach them how to avoid predators and feed."

Outrage in the Faroe Islands

The slaughter in Japan comes amid condemnation of an annual hunt in the Faroe Islands, which saw more than 1400 white-sided dolphins killed in one day.

Witnesses said the animals were driven onto Skalabotnur beach in Eysturoy on Sunday night, where they were killed with knives as part of an annual whale hunt, also known as a grindadráp.

Many locals and hunt advocates have condemned the scale of the killing.

Heri Petersen, who chairs the local Grind hunting association said he was appalled by the animals' deaths.
"I'm appalled at what happened," he told the local In.fo news site.

"The dolphins lay on the beach writhing for far too long before they were killed."

In the two weeks the Taiji drive hunt has been running three species have been captured or killed.

These include seven bottlenose dolphins taken for captivity on the first day of the hunt, followed by five Risso's dolphins – which were slaughtered – as well as the 22 pilot whales.

According to a government-sanctioned quota, 1849 animals are destined to be killed.

This marks an increase from last year's 1749. 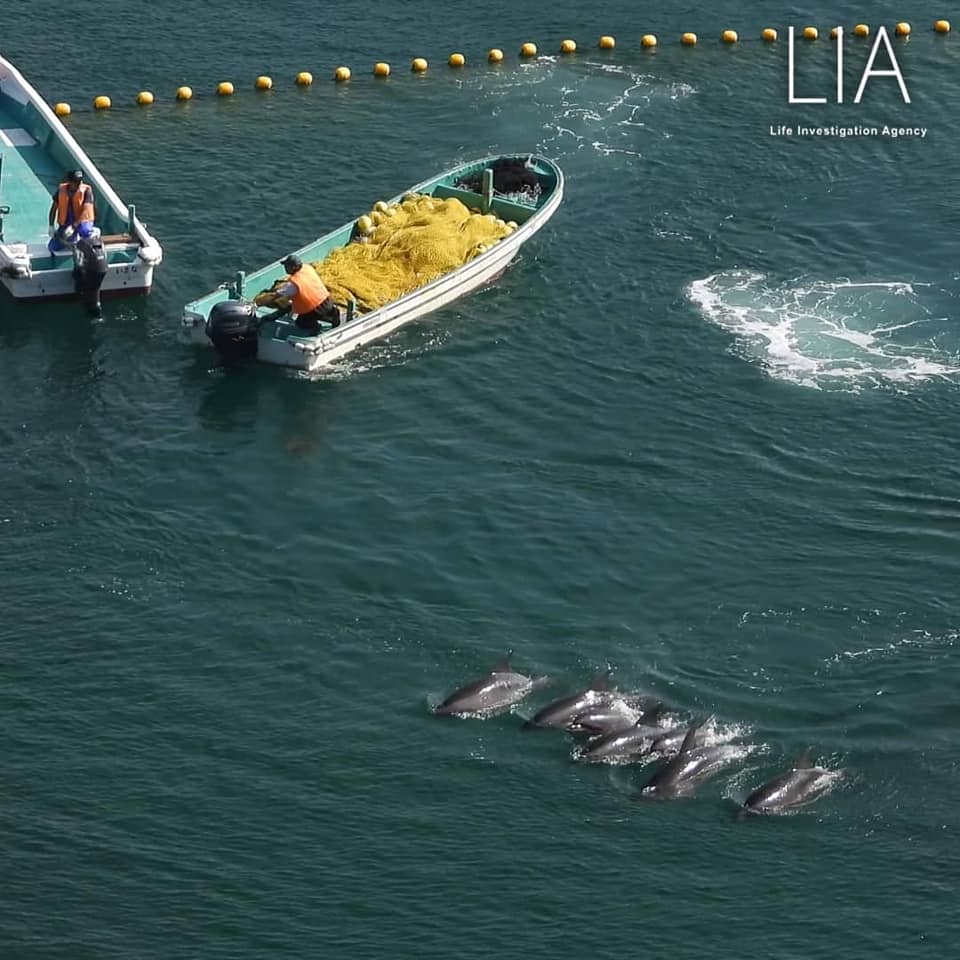 Each year the government sets a quota detailing how many animals can be slaughtered.

This hunt quota is broken down by species.

The 2009 Academy Award-winning documentary The Cove drew international attention to the hunt and claimed the fishermen's drive hunting method of herding animals into enclosed pens before slaughter was cruel.

9news.com.au has reached out to The Fisheries Agency of Japan's "Whaling Affairs Office" for comment, as well as the Government of the Faroe Islands.