Should we have known back then what we know now?

Known ten, fifteen, twenty years ago what we have all learned in the past few month, about the way the fate of Afghanistan would unfold?

Many Afghan army units surrendering, or standing aside, as the Taliban came in the wilderness and almost walked back into control of the country.

READ MORE: 'Have you seen my daughter?' The hellish aftermath of Ground Zero 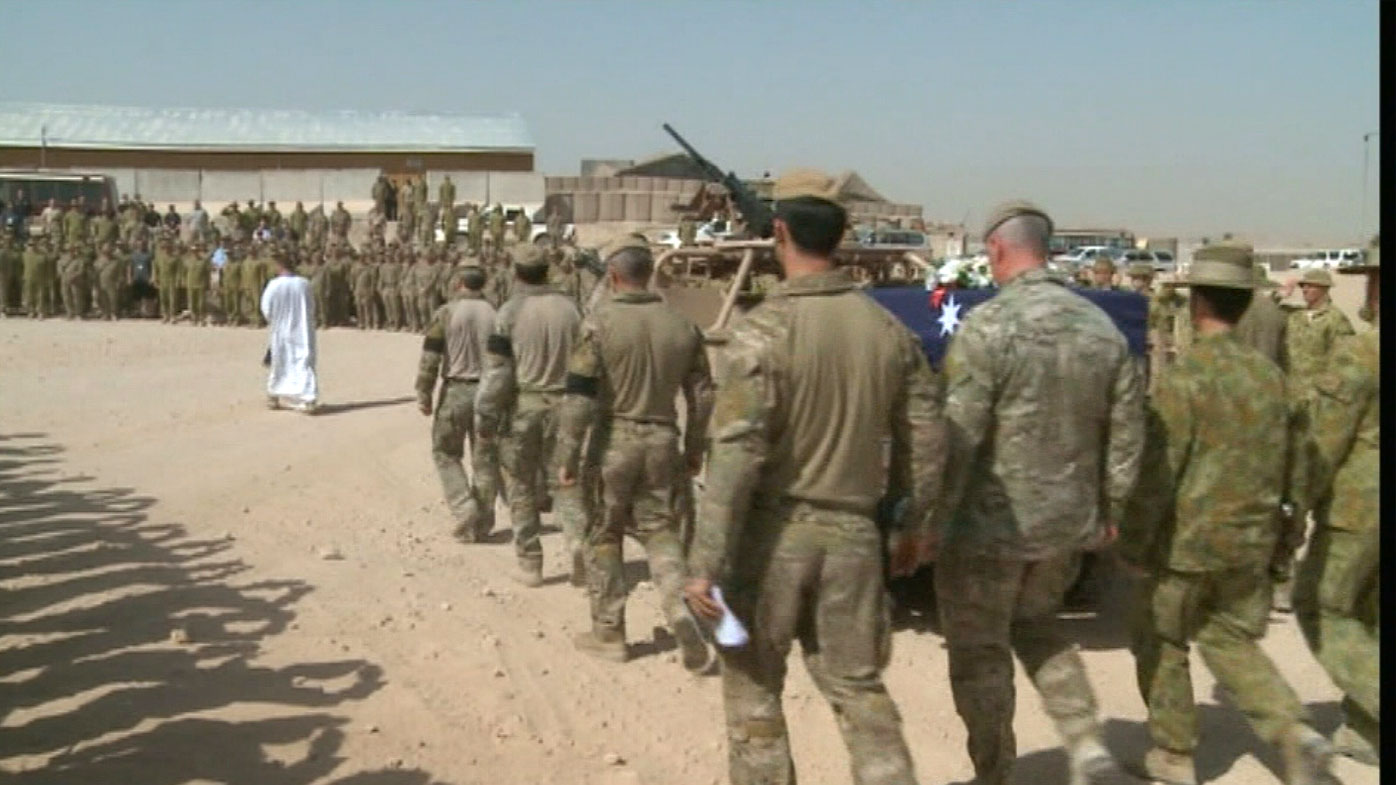 During a string of visits to Afghanistan as a TV news producer – with some of Channel Nine's finest reporters and cameramen – we were sometimes in a fortified house, protected by Afghan gunmen, with the Australian soldiers at Tarin Kot, or at isolated FOBs (forward operating bases).

It was mostly Australian soldiers and medics and AusAid staff we were focused on, but we were in very close contact with Afghan forces as well.

Whether it was police, soldiers, or local families, I think we all felt a muddle of admiration and scepticism.

With correspondent Mark Burrows and cameraman Richard Moran, we covered national elections, visited polling stations inside Kabul and saw Afghans of all ages, men and women, coming to vote – admiring their courage.

The Taliban reportedly threatened to mutilate with knife or bolt-cutters the hand of those who voted, indicated by tell-tale ink on their index finger. 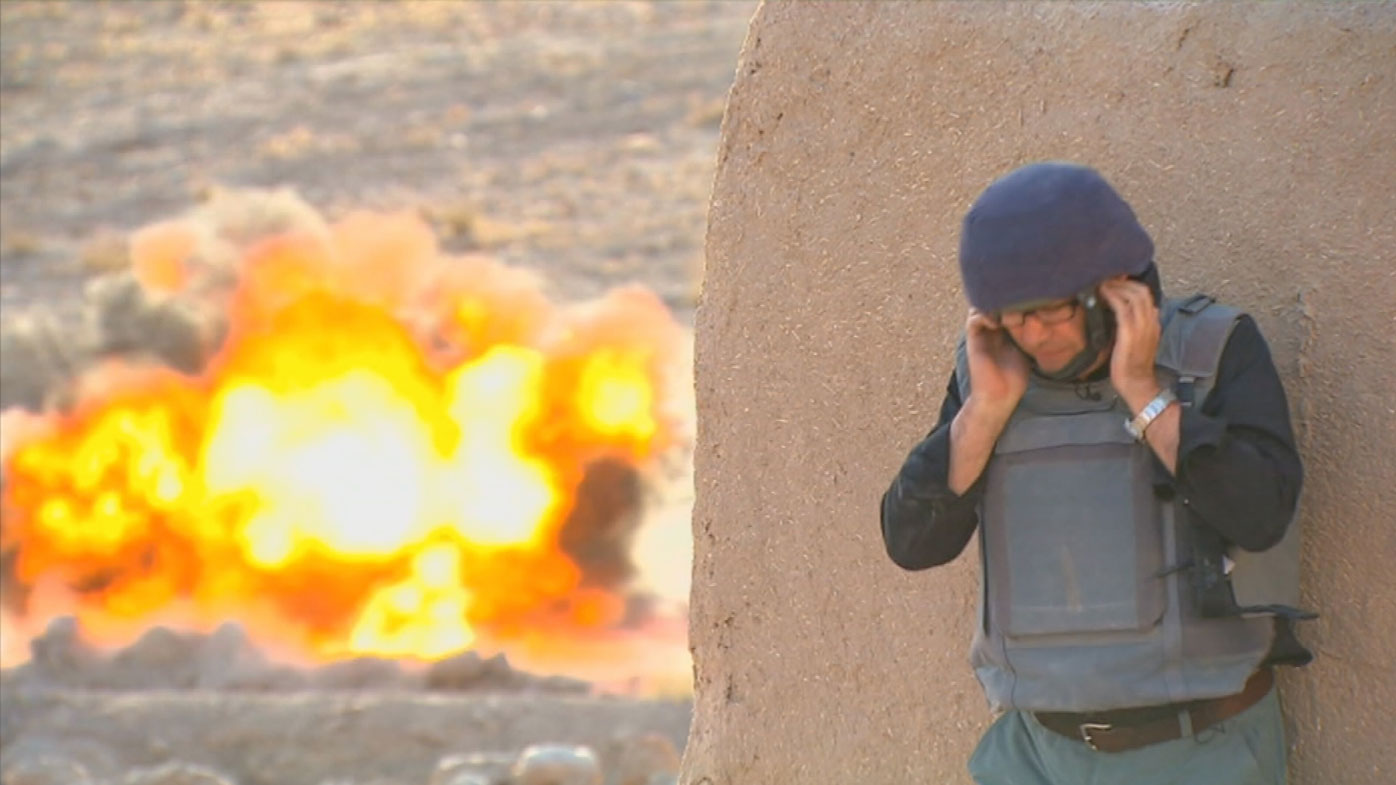 But what were they voting for? Some vision of western democracy?

Was it for women's equality and education? Was it for freedom from religious extremism, or freedom to elect their own leaders?

Whatever the motivation, little of it seemed to count when the Afghan national army was asked to stand and fight.

To hold strong bases built by Americans, the British, Australians, Dutch and Canadians.

To use the battle training, to utilise the hundreds of armoured vehicles gifted to their army.

What happened in those final weeks?

Historians, soldiers and politicians will – now and for years to come – try to unravel and decipher that question.

So will the Australian men and women who served there, and the families of those who were killed, wounded, or left suffering from the trauma and stress.

"Why?" has been the question at the end of every war. 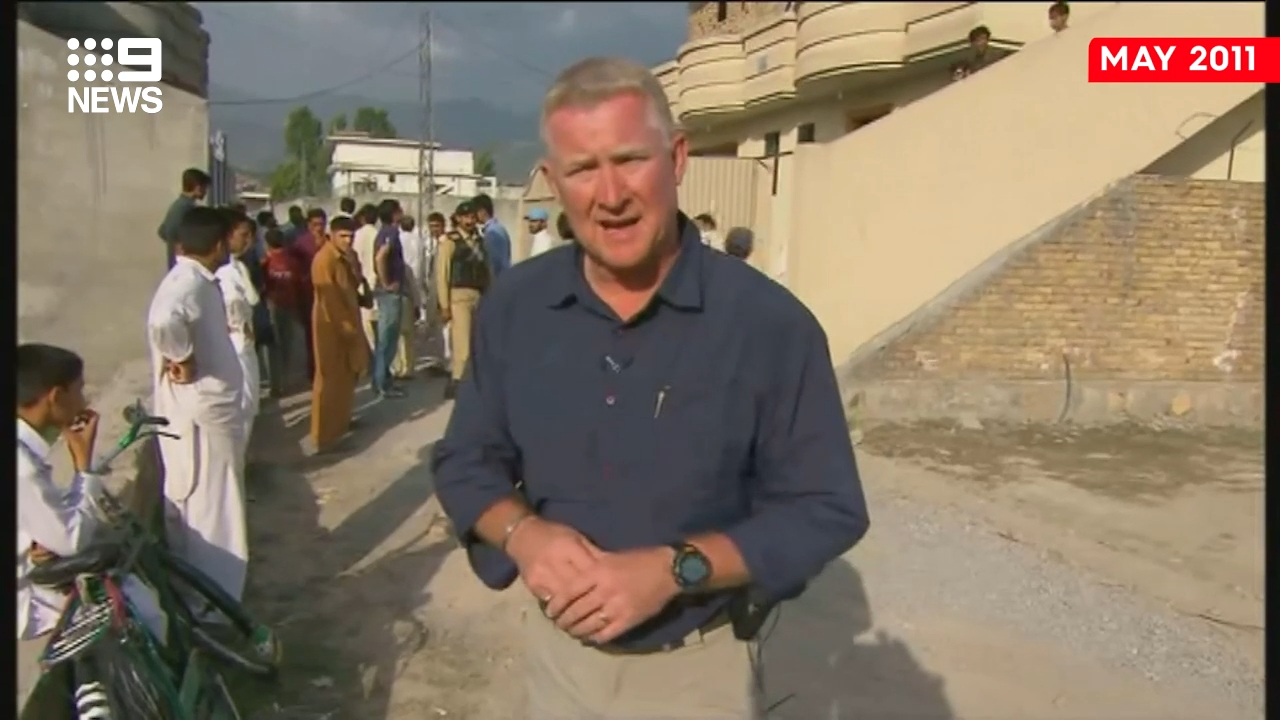 All of us were fascinated by the amazing backdrop to the war – Afghanistan's dramatic landscape of mountains, deserts, green river valleys.

As I tagged along with our reporters, I wrote a string of pieces for 9News.com.au.

Not much of it was directed at untangling the big picture – it was meant to be a little slide show of what the Australians were doing.

For every soldier who pulled the trigger, there was one who drove a truck, built a school or healed an Afghan kid.

I just wrote some of their stories and hope, if you read some of them again now, you will get an idea of what those Australians went through.

You can look back at Wes's Afghanistan diary here 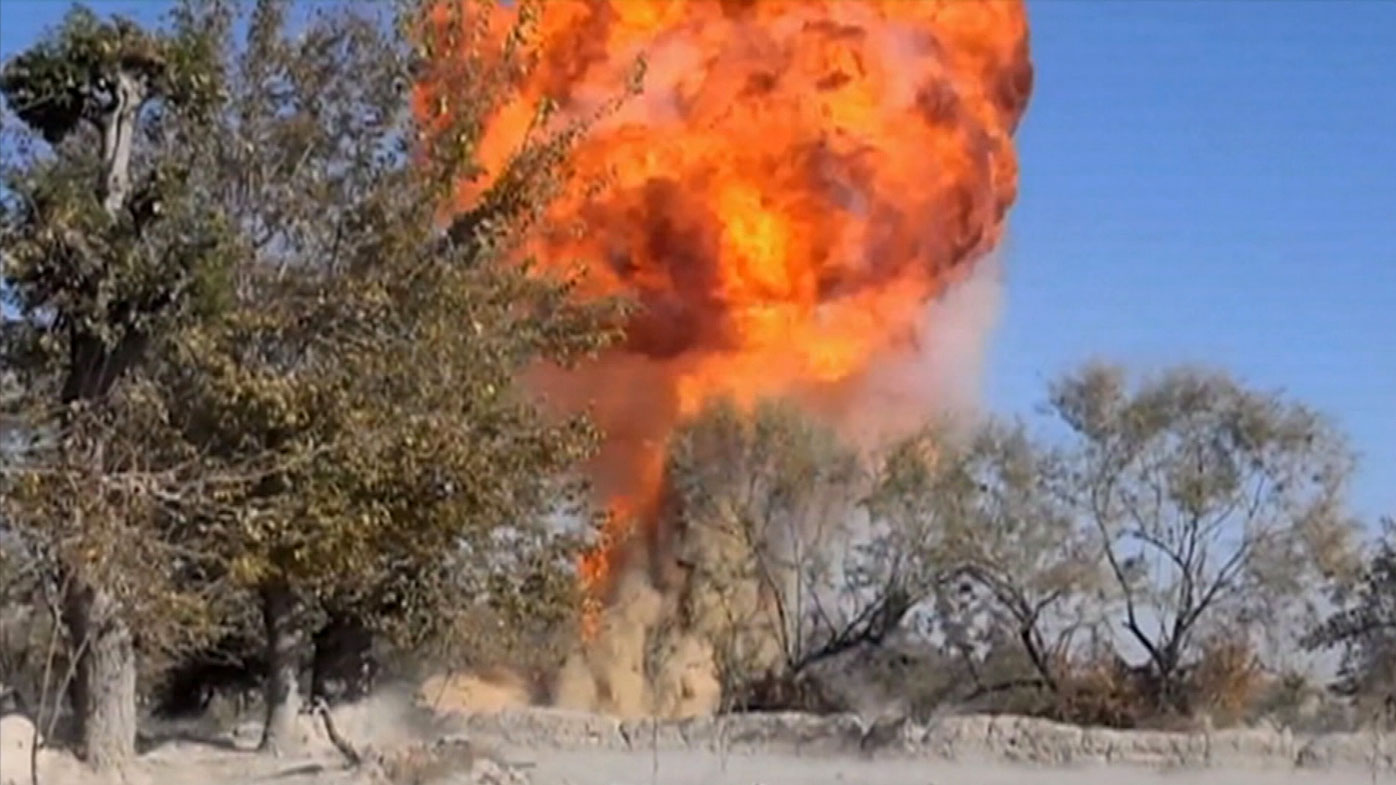 Below is my final dispatch from Afghanistan, written May 2009.

I've saved the worst for last.

Our time with the Australian Army in Afghanistan is mostly sweat and fears.

But there is also a time of blood and tears.

It takes a little telling.

A few weeks ago, we met an Australian medical team just arriving for duty at the giant base at Kandahar.

The American-run hospital is a "Role 3, for the worst cases, soldiers who've been critically wounded by bullets or bomb blasts.

Meeting the eight Australians (mostly reservists, taking time out from private practice) a few weeks later, they were a very sober group.

Their orientation at the hospital on day one escalated from a worthy speech of welcome — and the inevitable power-points — to a baptism of blood, in just a few minutes, with a mass casualty alert.

They helped where they could but were almost speechless as they watched the Yanks swing into action – an efficiency learned the hardest of ways – too much practice fighting to save the lives of the broken, bleeding sons and brothers and husbands that come into their hands. 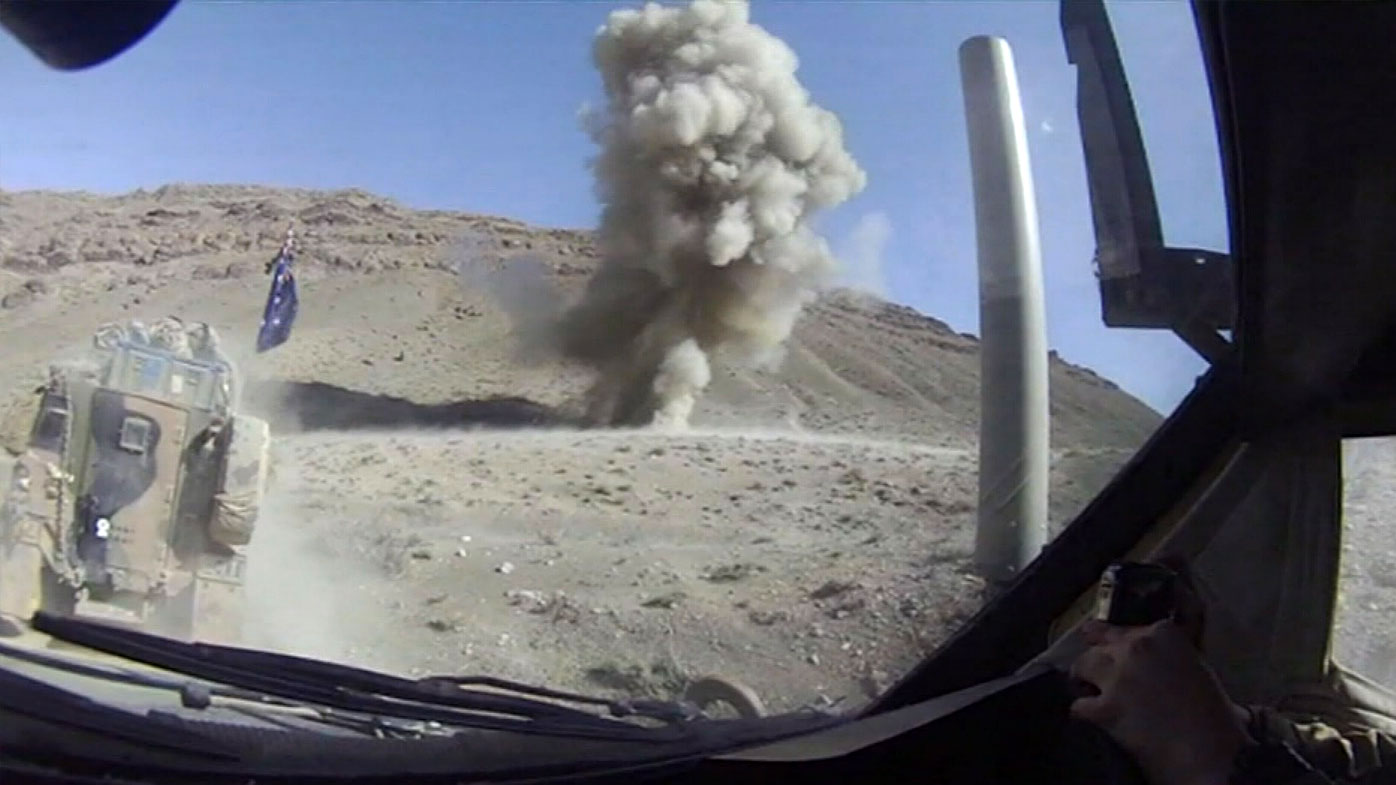 And what beautiful hands they are; cutting, sawing, probing, bandaging – their rubber gloves washed in red. Beautiful, just the same.

We went to the hospital to catch up with the Australians — they're from Brisbane, Sydney, Lord Howe Island, and Darwin.

They're killing time with their American counterparts, joking and chatting around the triage area of the emergency trauma ward. There's no work just now.

Each trauma bay is still. The curtains pulled back, caramel-brown sheets on the operating tables, bandages stacked. Waiting … it's hard to imagine how such clinical tidiness could be so easily and quickly transformed.

The topic — and the currency of trade here — is the Tim Tam, Americans love them. No wonder. They have something (made by the American Girl Scouts) called Peanut Butter Cremes and God bless those little Scouts, but honey, they're ghastly.

An hour later, everything has changed. American soldiers have been caught by an IED. And the work begins. 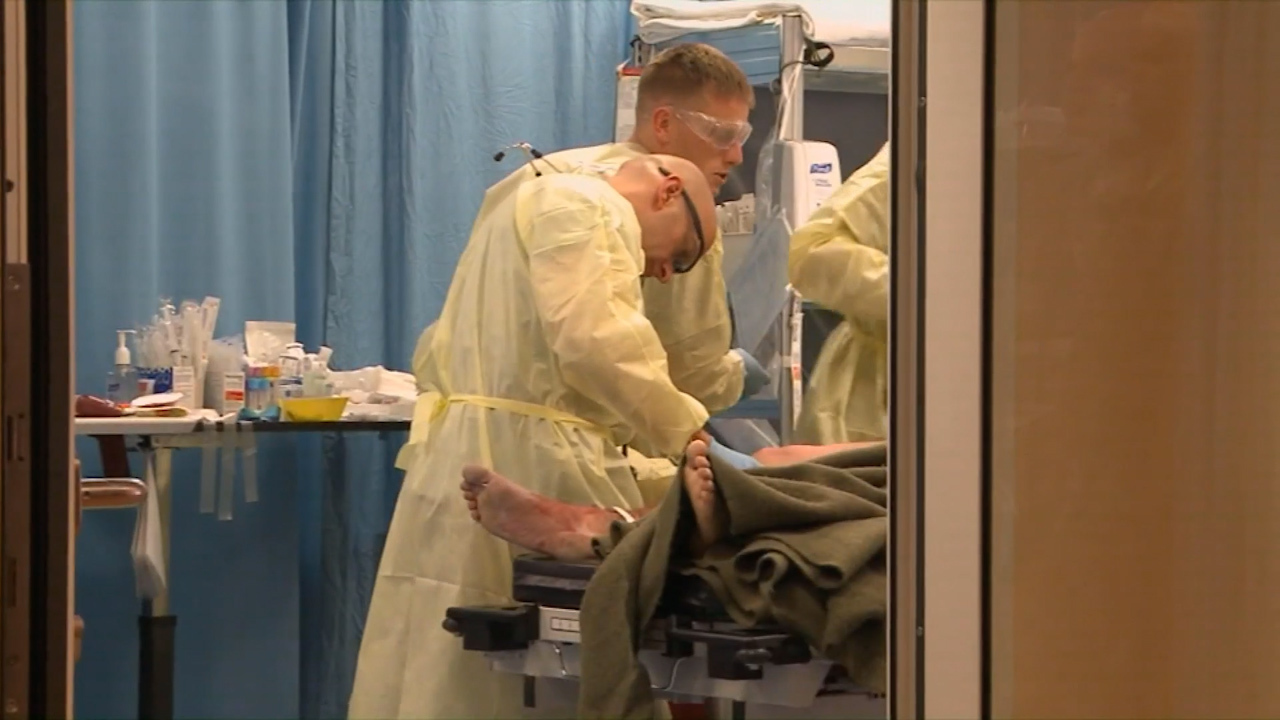 We've seen, over the past couple of weeks, the close bond here between Australians and the Americans.

The "star-spangled banner" side by side with our flag above a lonely patrol base, surrounded by desert mountains. Australian Chinooks flying missions with American troops on board.

It's not a surge of flaky patriotism or an act of condoning the war. This is nothing about Canberra and Washington, it's about the men and women together, on the ground.

In the trauma emergency ward, the bond is at its best – there are Australian and American flags on the sleeves of all the doctors and nurses.

The Americans have a larger US flag on top, the Aussie colours — a little smaller — underneath.

Our docs and nurses have it the other way around.

But for every moment of comradeship, and battle-glory, there is a price paid in horror.

The first bomb-blast victims are treated and rushed, by order of need, to surgery. But far worse will come within the hour.

Janine Gregson put her life on hold to come here.

She's a Navy reservist — a Lieutenant Commander — and has previously been deployed to Bougaineville, East Timor and Banda Aceh.

Janine is quiet and professional when talking about what unfolds in the emergency department. 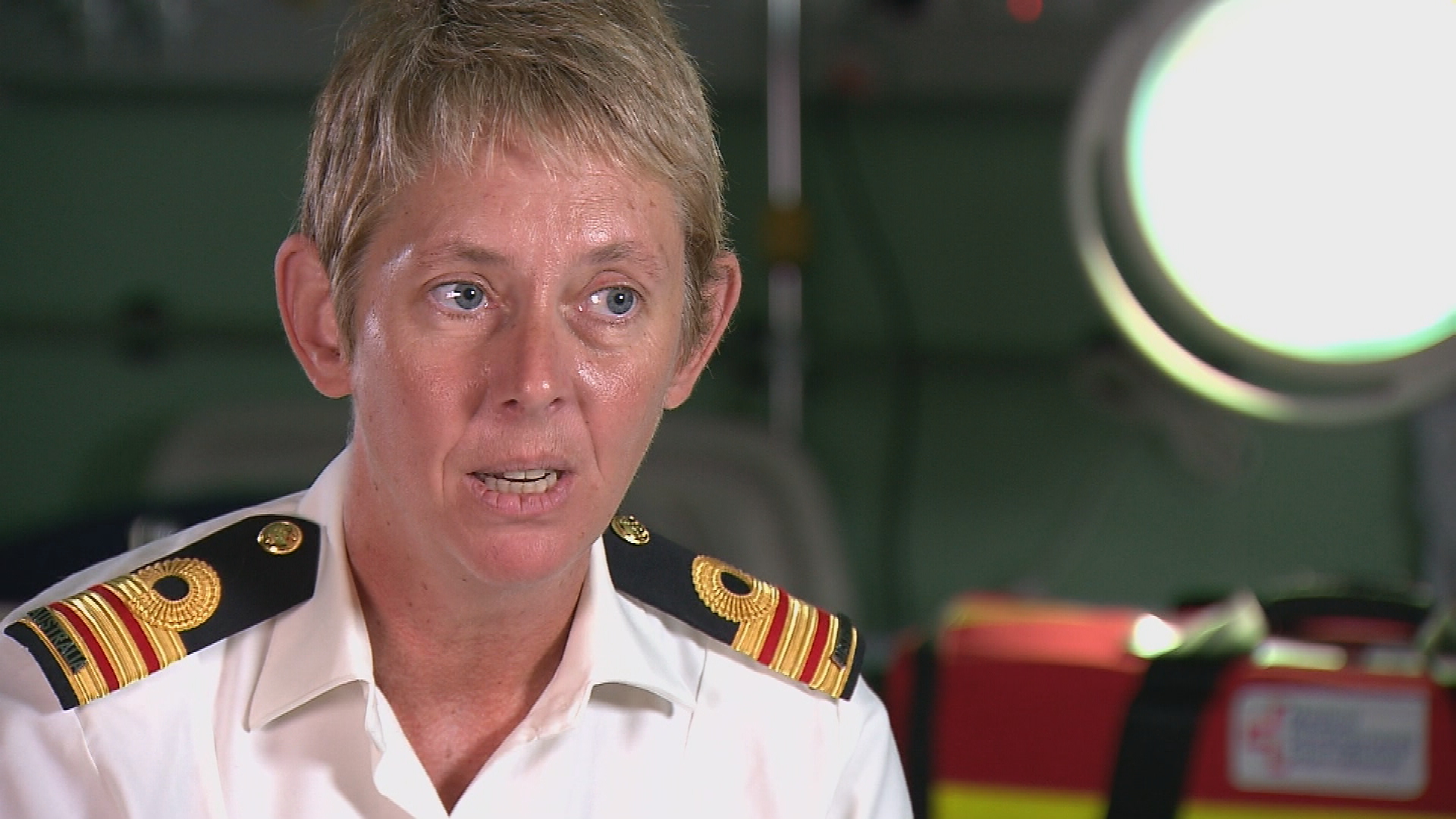 But she told friends before she left Australia, "keep an eye on me when I come home later this year", "tell me if I seem a little unusual." That's her private litmus test for how much this might affect her. Because this work simply must affect the men and women who are brave enough to do it.

To cut and saw, to probe, then bandage the wounds and stumps of arms and legs now missing.

Janine reflects on the "young boys" as she calls them, waking to find how terribly their bodies have changed forever. Making the trip home to heartbroken families.

A suicide bombing in Tarin Kot (north of Kandahar, 40 minutes by chopper) will test the trauma department to the limit. A group of American soldiers smashed apart by the blast.

The victims are airlifted to Kandahar, and soon every table is occupied, the medical teams fighting to save lives. They save eight, lose one.

"Saving" is a word that can be relative. One victim, we hear later, lost both arms and both legs.

But they don't play God on the operating table – they save whatever life there is left in some of these shattered bodies.

We've watched the Australian medical team leave, with a wave, for their shift at the hospital.

And come wearily back to their quarters eight, 10, 16 hours later.

They are surely among the best, at dealing with the worst Afghanistan can offer.