Victoria could be recording thousands of COVID-19 cases a day by late October risking the hospital system to become overrun, modelling has shown.

Modelling from the Burnet Institute, released yesterday, revealed Victoria's peak for its Delta outbreak is estimated to occur between October 19 and 31, where as many as 1400-2900 daily cases could be recorded over a seven-day average.

"The model expects hospital demand to peak around October, the second half of October – but that's based on current numbers," Head of Public Health at the Burnet Institute, Professor Mark Stoove told Today. 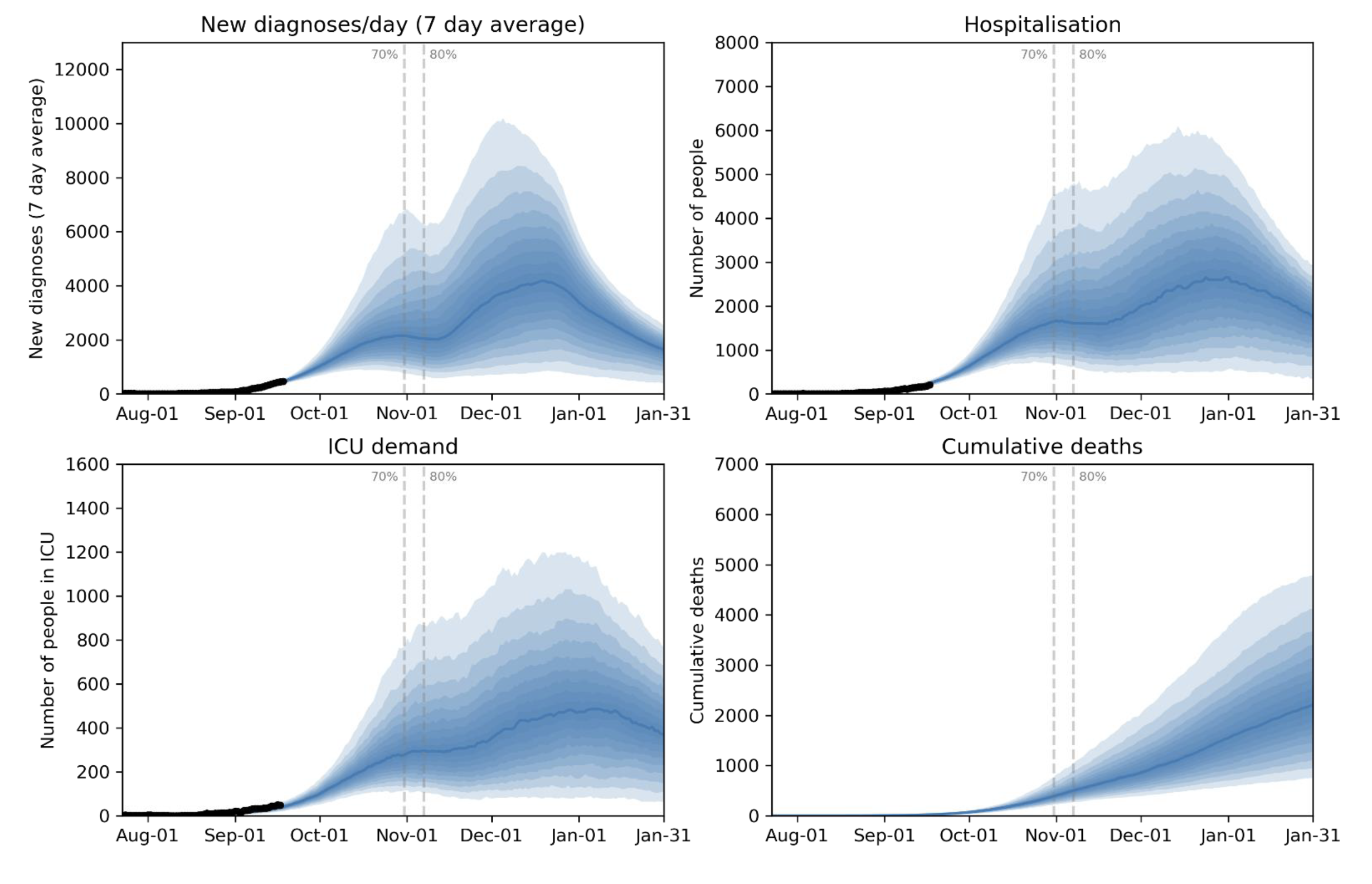 "We also have an opportunity to lower that number through just maintaining our vigilance in terms of public health orders.

"The models will get updated on a regular basis and we look at the trajectory of those cases."

The institute provided modelling to the Victorian Government on a number of scenarios which included data based on demographics, contact networks, workforce composition, contact tracing systems and age-specific vaccination rates.

"What we took was the trajectory to date in the epidemic and where transmissions are currently occurring," Prof. Stoove said. 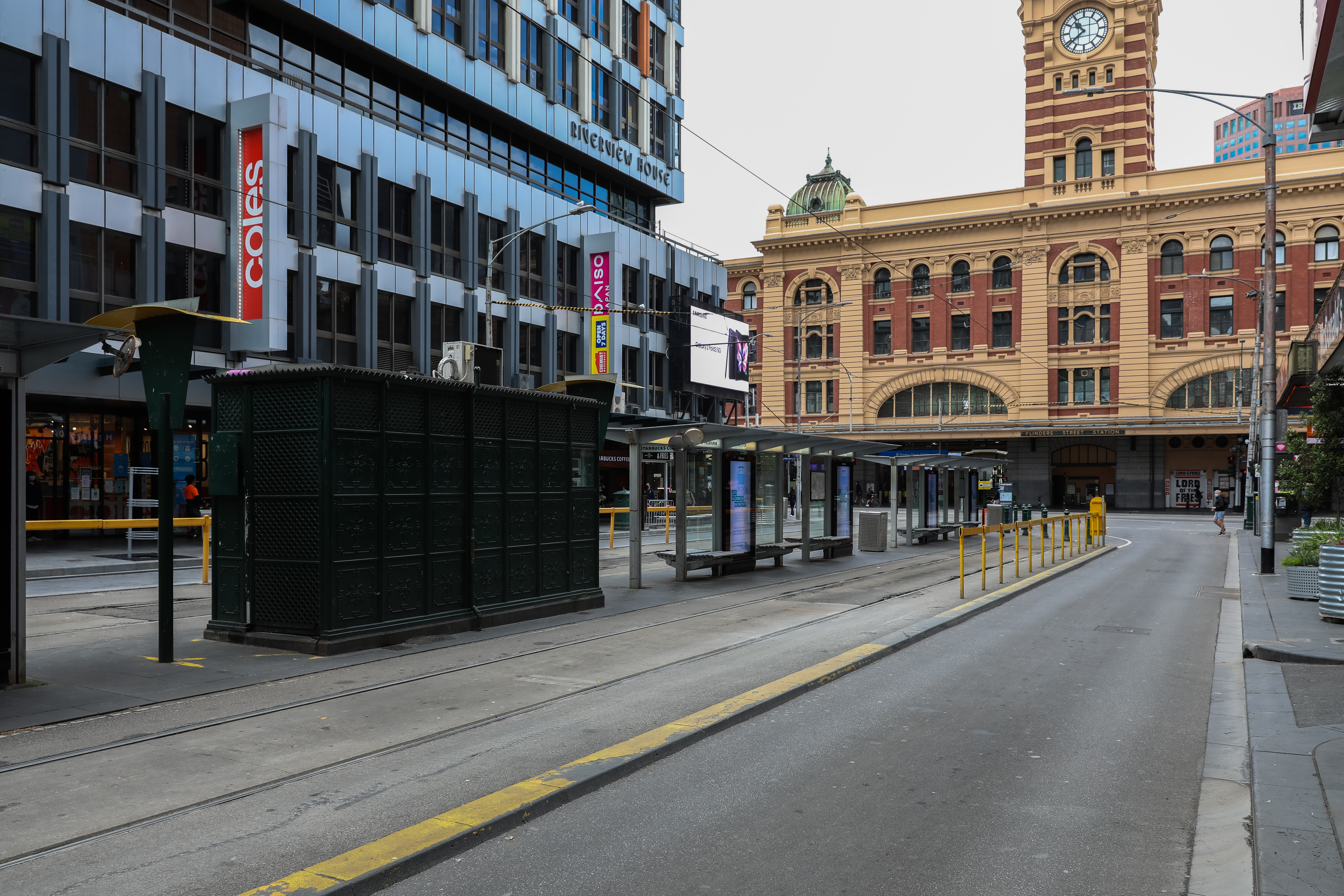 "We mapped that out against current restrictions up to certain vaccination points.

"And then the government asked us to model certain scenarios for those vaccination thresholds where we lifted public health orders.

"And they specifically asked us to look at the impact of lifting those orders on case numbers, hospitalisations and ICU bed occupancy as the term goes -to provide a road map for Victoria to ease restrictions over time."

The modelling found that even if restrictions did not ease, there would be a "moderate risk" of exceeding health system capacity.

While following the government's road map could lead to exceeding 2500 hospital beds at 80 per cent fully vaccinated and prompt another virus peak in December.

"In the roadmap scenario, the significant easing of restrictions at 80% vaccine coverage led to 63 per cent of simulations exceeding 2500 hospital demand, and resulted in a second epidemic peak over mid-December," the report stated. 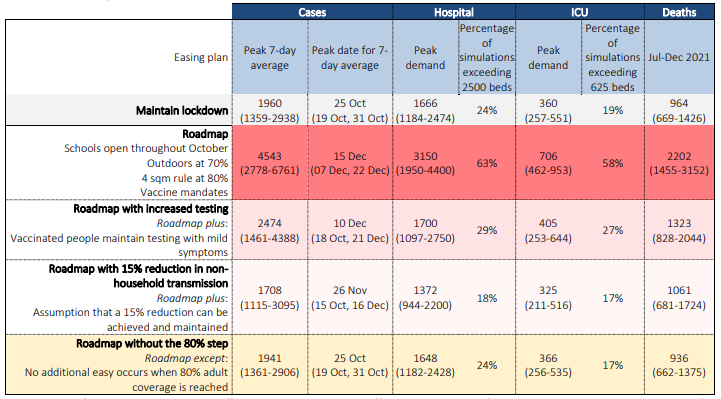 "High rates of symptomatic testing among people who are vaccinated could reduce the impact on the health system."

In mid-December, Victoria could be recording a seven-day average of more than 4500 cases a day, with over 2000 deaths estimated between July this year and December.

"That is a conservative scenario of where we could land, but it's based on the current modelling and where we're heading," Prof. Stoove said.

"We can do a lot to reduce those numbers through – particularly through testing."

"When you look at most models around the world – and we have real-life examples of this in the United Kingdom – they show a certain picture which is doom and gloom and the reality is substantially less.

"We have a real-life example of that in NSW, where the Burnet Institute predicted far worse than is going on in NSW at the moment.

"I think Victorians have an advantage here which is to see what happens with NSW and adjust policy accordingly."