Four people have successfully and safely returned from a three-day extraterrestrial excursion aboard a SpaceX Crew Dragon capsule. Their return marks the end of the first-ever flight to Earth's orbit flown entirely by tourists or otherwise non-astronauts.

The four made a nail-biting re-entry into the Earth's atmosphere aboard their SpaceX Crew Dragon capsule before it deployed parachutes and splashed down off the coast of Florida Saturday evening.

The reentry process involved the spacecraft — which has been traveling at more than 17,000 miles per hour for the past three days— diving back into the Earth's thick atmosphere, a process that heats the exterior of the vehicle up to 3,500 degrees Fahrenheit.

READ MORE: First space flight launches carrying tourists, and not astronauts, on board 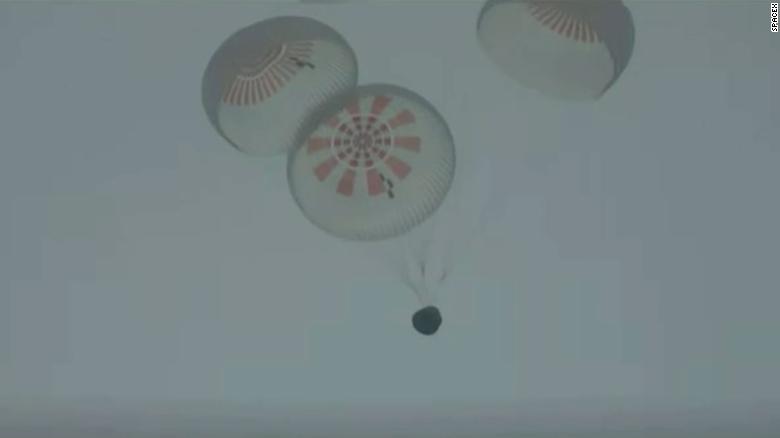 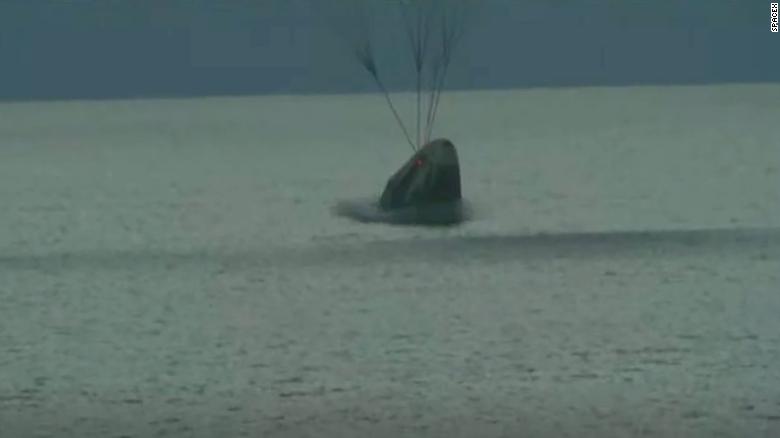 The capsule then deployed two sets of parachutes in rapid succession to slow its descent before hitting the ocean.

A fleet of SpaceX rescue ships were nearby, ready to bring the capsule out of the water and its passengers to safety.

During a Netflix documentary about the Inspiration4 mission, Mr Musk described a capsule going through reentry as "like a blazing meteor coming in."

"And so it's hard not to get vaporised," he added.

After that the Crew Dragon then has to deploy parachutes to slow its descent and make a safe splashdown in the ocean before rescue ships can whisk the four passengers back to dry land. 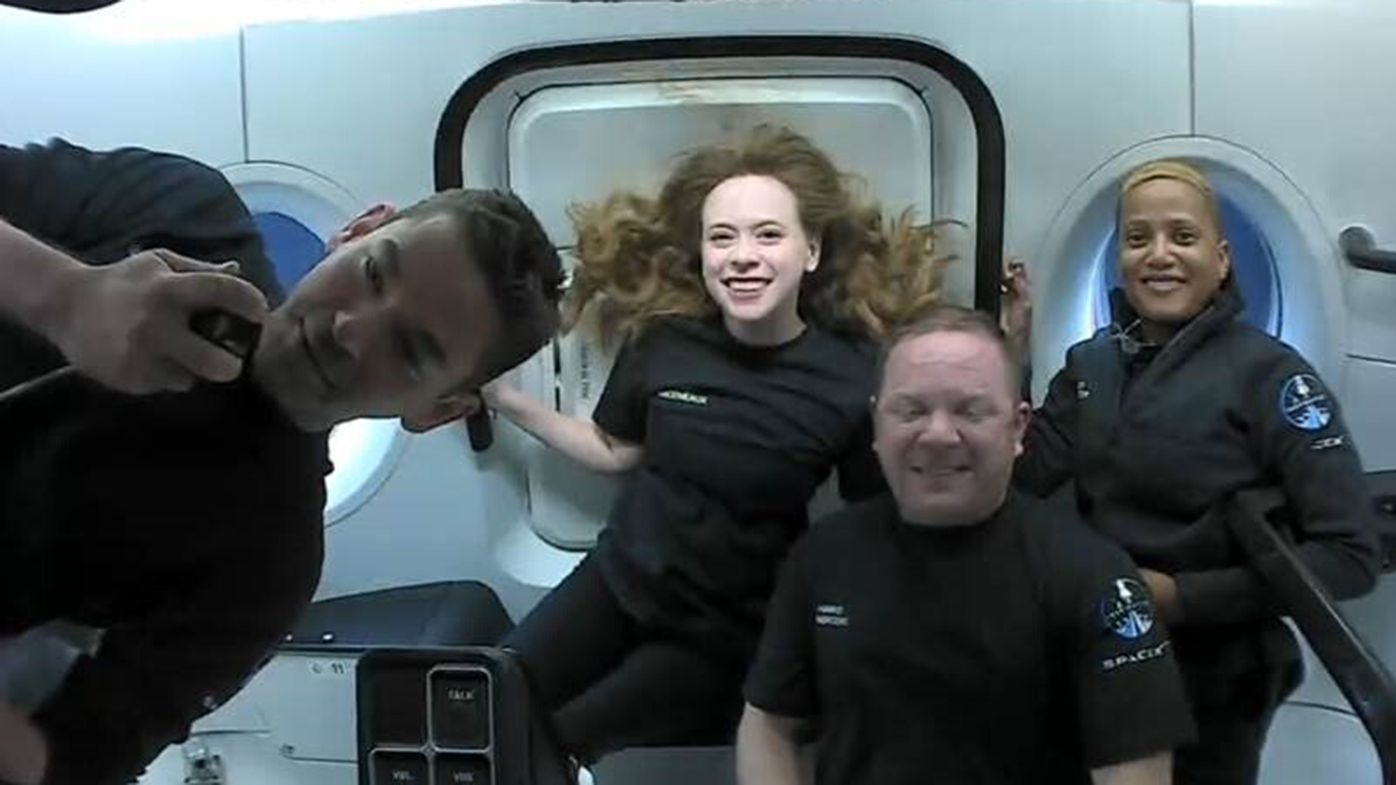 Despite the risks, a former NASA chief and career safety officials have said the Crew Dragon is likely the safest crewed vehicle ever flown.

The passengers include 38-year-old billionaire Jared Isaacman, who personally financed and arranged the trip with SpaceX and its CEO, Elon Musk; Hayley Arceneaux, 29, a childhood cancer survivor and St Jude Children's Research Hospital physician assistant; Sian Procotor, 51, a geologist and community college teacher with a PhD; and Chris Sembroski, a 42-year-old Lockheed Martin employee and lifelong space fan who claimed his seat through an online raffle. Mr Isaacman has billed the mission as a St Jude fundraiser, and it has so far has netted US$154 million of its US$200 million goal. 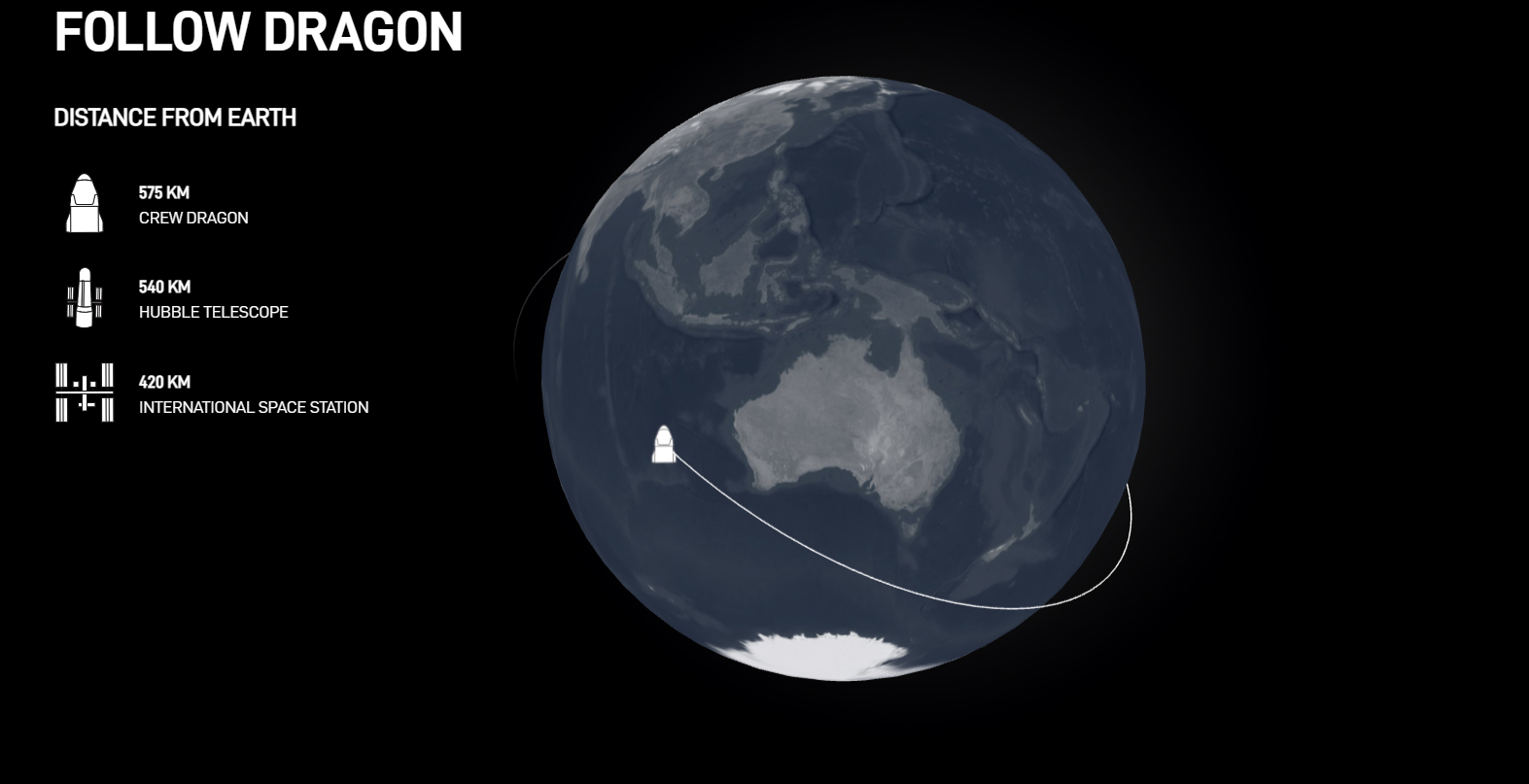 Though they're not the first tourists to travel to orbit, their mission, called Inspiration4, is notable because it did not involve a stay at the International Space Station under the tutelage of professional astronauts, as previous missions involving space tourists have. Rather, the four spaceflight novices have spent the past two days free-flying aboard their 13-foot-wide capsule on their own at about a 563 kilometre altitude — 160 kilometres higher than where the ISS is, and higher than any human has flown in decades.

And though the crew spent about six months training and getting to know each other, they did not have to undergo the strenuous NASA screening processes or physical and psychological evaluations that most professional astronauts do.

"They also have to prepare for worst-case scenarios like someone on the crew becoming a danger to themselves or others," Axios reporter Miriam Kramer, who followed the crew during their training process, said on the "How It Happened" podcast about this mission. "There are zip ties and medication on board in case somebody needs to be sedated."

So far, however, there has been no indication that anything has gone awry with the crew or their vehicle.

During their stay in space, the civilians on board said they'd conduct a bit of scientific research focused on how their bodies respond to being in space, take time to chat with their families, gaze out a large dome-shaped window called the "cupola," and listen to music. 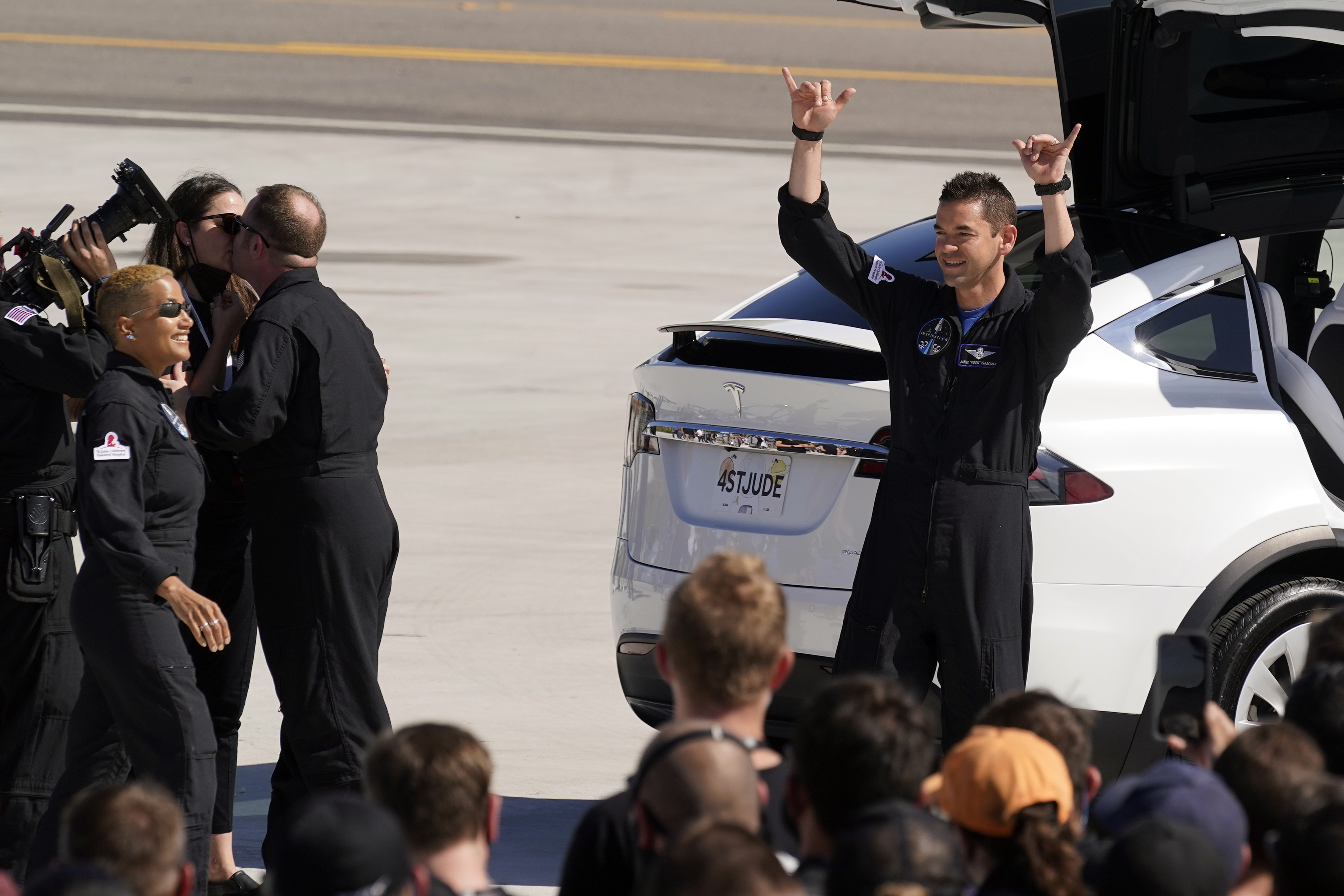 Other than that, very few updates were shared with the public while the crew was in orbit. The first live audio or visuals from inside the crew capsule were shared Friday afternoon, nearly two days after they launched.

SpaceX, as has been standard for the company for more than a year, did not respond to inquiries from reporters.

During previous SpaceX Crew Dragon missions — all of which have been flown for NASA and carried professional astronauts to the International Space Station -— the public has had more insight. The space agency and its dozens of communications personnel have worked alongside SpaceX to share practically every moment of the journey from launch until the astronauts dock with the International Space Station.

But this mission left the public largely in the dark when it came to questions about the crew's schedule and how they were feeling while in orbit. Even though development of the Crew Dragon spacecraft was largely funded by taxpayers and SpaceX rents NASA facilities to support all its missions, Inspiration4 is considered a private, commercial mission. That means the company and the passengers have few transparency requirements. The public may not even hear from the tourists after they splash down Saturday evening.

There could be several reasons why the space tourists were publicity shy during their trip. It is possible, for example, that the crew wasn't feeling all that great after first reaching orbit. According to a NASA research paper, "many astronauts report motion sickness symptoms just after arrival in space and again just after return to Earth" and getting a restful night's sleep in orbit was "also a serious challenge for many crew members aboard shuttle missions." It's also possible the four novice space explorers wanted their privacy or simply to enjoy the experience without having to stop to talk about it. 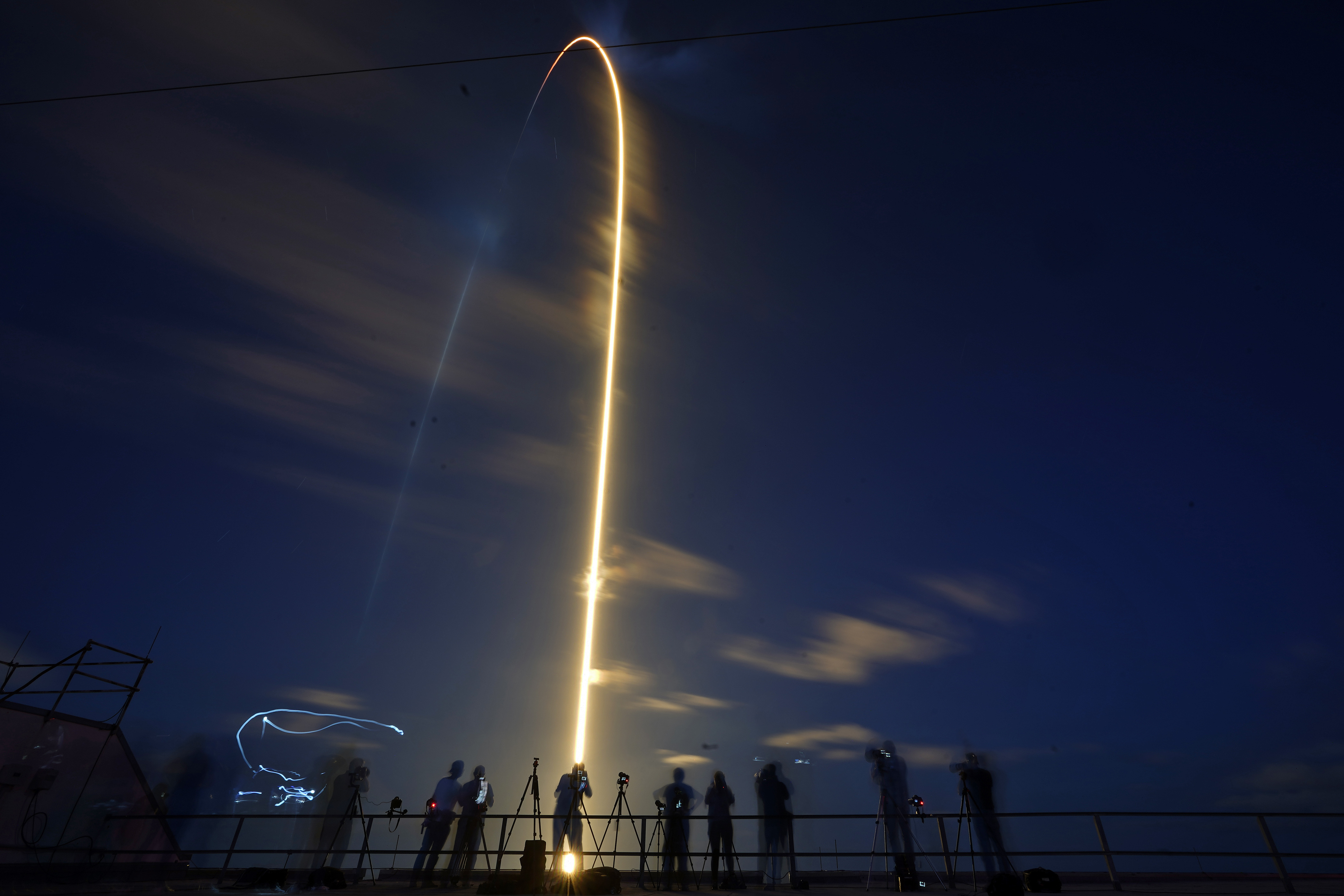 But favourable reviews of their experience could be crucial. SpaceX hopes that this mission will be the first of many like it, building up a new line of business for the company in which it uses Crew Dragon to fly commercial missions with tourists or private researchers rather than just professional astronauts.

SpaceX already has contracts for five other private missions, as well as at least four additional NASA-contracted missions.