Prime Minister Scott Morrison has declared Indo Pacific security will be a main focus for his meeting with US President Joe Biden and other world leaders as he departed for Washington today.

Mr Morrison will this week hold talks with Mr Biden and the leaders of India and Japan that make up the Quad security forum.

The prime minister's visit comes after the new AUKUS alliance between Australia, the US and the UK announced last week is expected to deliver an Australian fleet of at least eight nuclear-powered submarines. 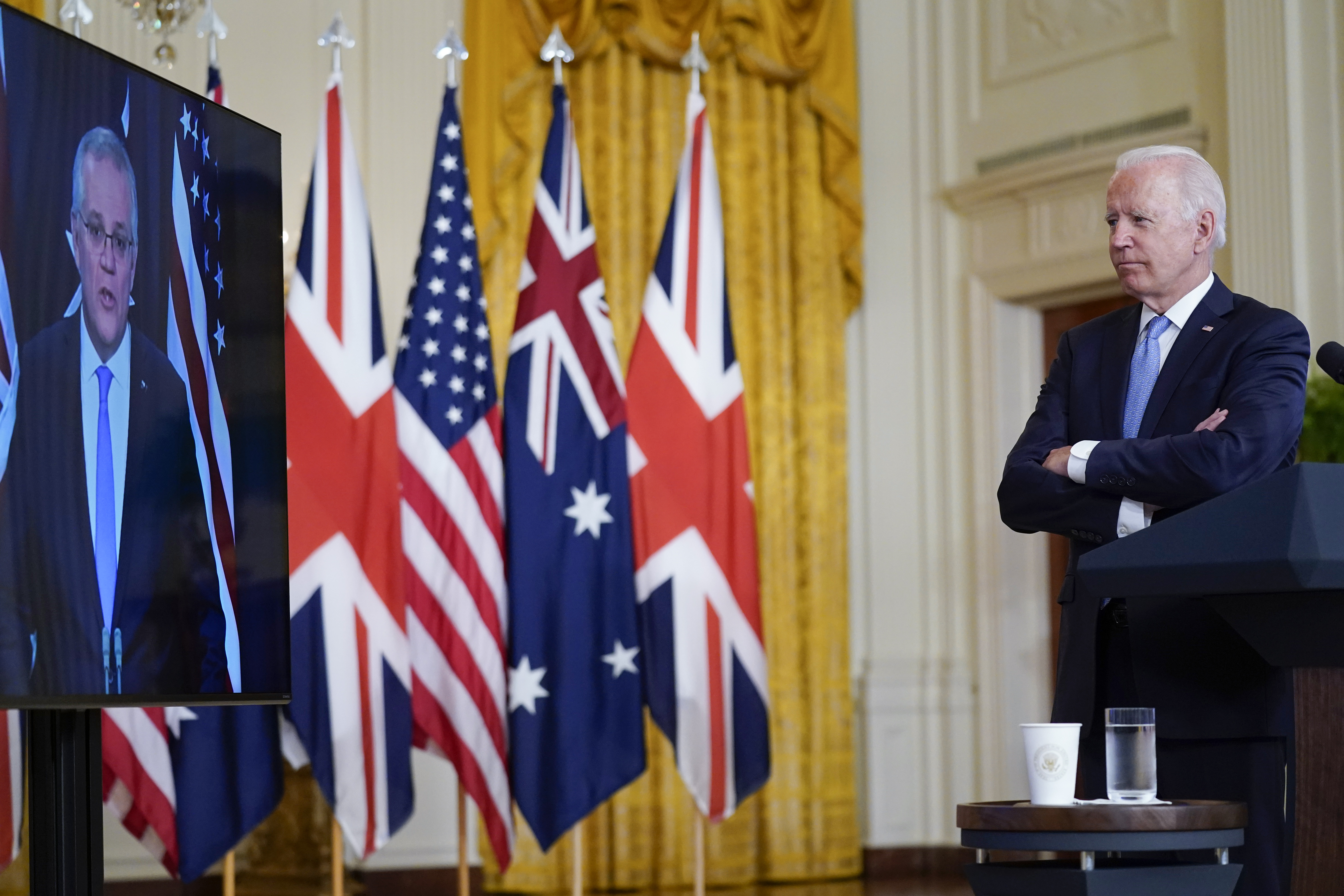 Before he departed Mr Morrison stressed his visit was about "keeping Australians safe" and maintaining regional security.

"We have worked together over many years to countenance the threat of terrorism here on our own shores, working with partners all around the world. And in an increasingly uncertain world, it is our responsibility to keep Australians safe, and our national interests and the peace and stability of our region," Mr Morrison said.

It is the first time the Quad leaders have held an in-person summit and the Biden Administration is hoping it will provide a bulwark against rising Chinese power in the Indo Pacific.

Mr Morrison said Australia was willing to work with other countries in the Indo Pacific region, but was also prepared to do its share.

"Since coming to government, we have lifted Australia's defence effort, we have lifted it from a point which was lower than where it was before the Second World War, to over 2 per cent of our national GDP – the size of our economy.

"In doing that, we have sent a very clear message that Australia will always look to others but will never have to leave it to others that, we'll be able to sit at the table with our partners and our friends to create a more secure and more stable world, particularly here in the Indo-Pacific."

"This is always about ensuring that Australia's sovereign interests will be put first to ensure that Australians here can live peacefully with the many others in our region, because that's what we desire as a peaceful and free nation. The peace and freedom of all of those who live across the Indo-Pacific."

The decision by Australia to acquire nuclear-powered submarines from the US and Britain involved the scrapping of a $90 billion submarine deal with France that has sparked a major diplomatic crisis.

France has accused Australia of concealing its intentions to back out of the $90 billion contract for majority state-owned French company Naval Group to build 12 conventional diesel-electric submarines.

France has withdrawn its ambassadors from Australia and the US in response.

Mr Morrison blamed the switch on a deteriorating strategic environment in the Indo-Pacific and said the French-built fleet would not have met Australia's needs.